Haste makes waste. This photo shoot has been underway for some time, simply because Christine is one super busy woman. That doesn't matter, though, as I'm super proud and happy with the outcome. 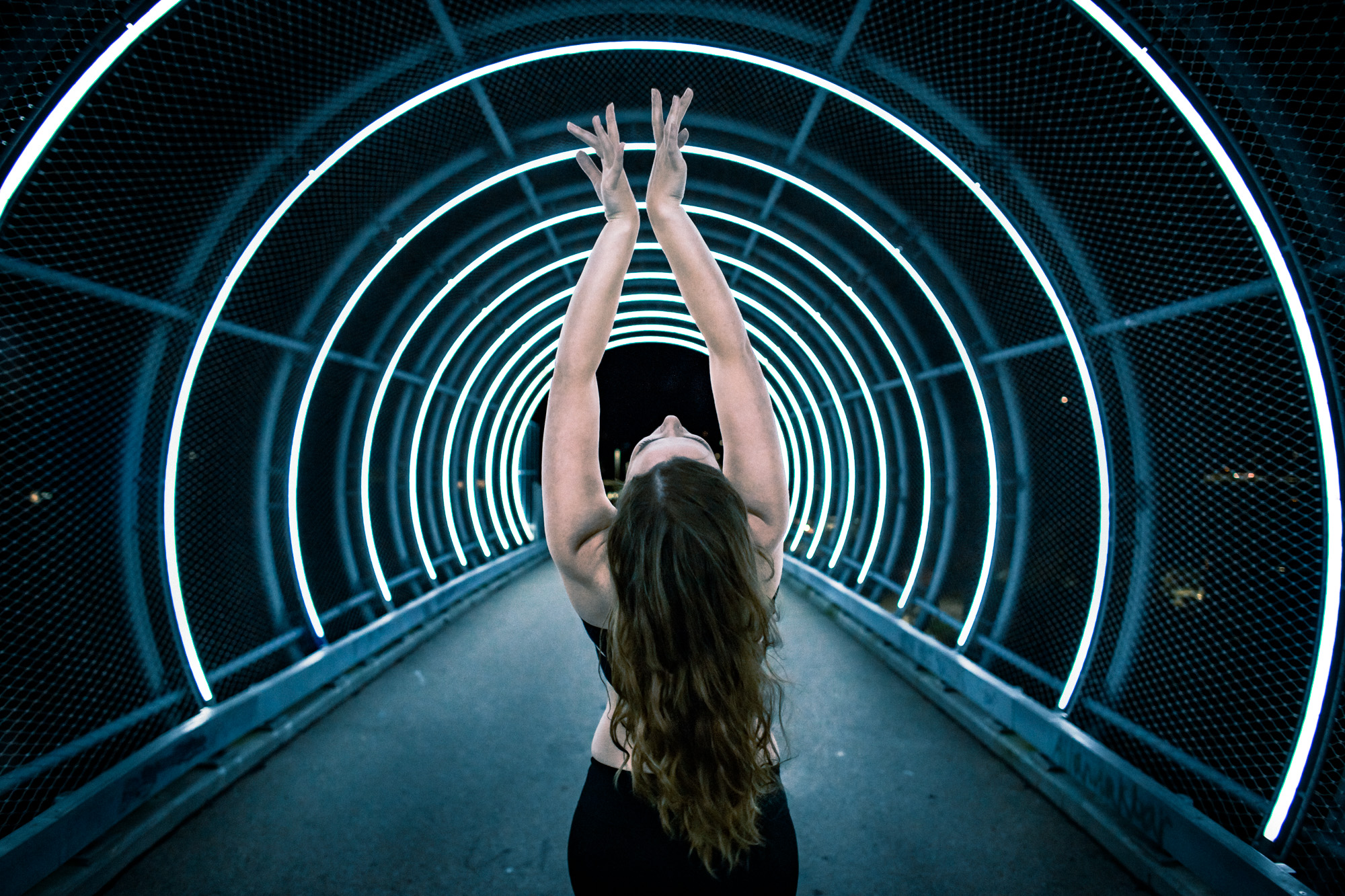 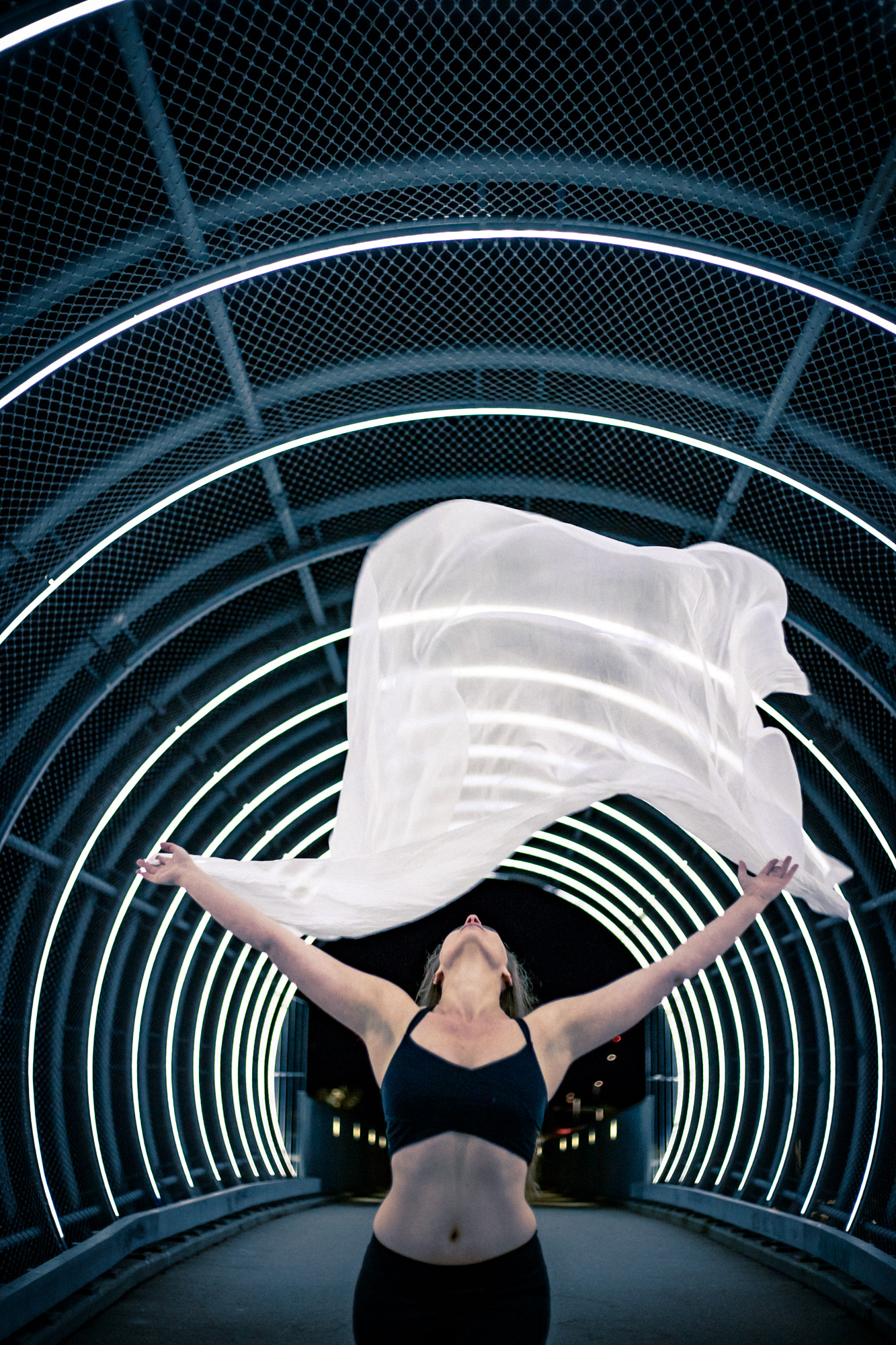 Christine is an experienced bellydancer who not only travels around Europe to meet with other dancers, but also has her own class. She knows her stuff and easily improvised movements and poses so we could focus on the photography part. 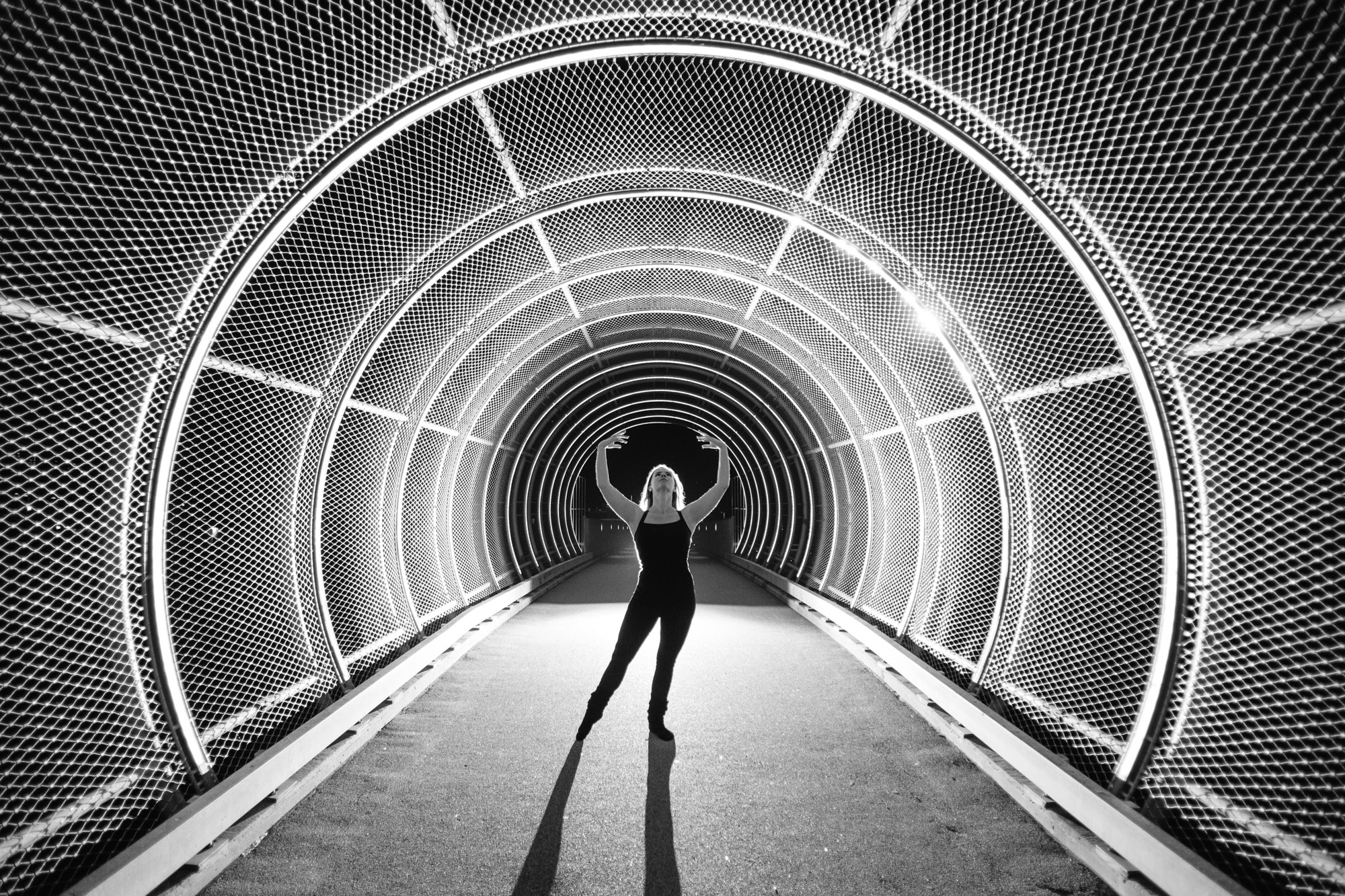 The location was a bridge for pedestrians and bikers, that lights up in the night. We have visited the bridge before, but back then we had to model for each other:

We had planned to take a variation of shots: We were a little nervous to see how bypassers would react to us standing on the bridge in the middle of the night listening to percussions. Luckily, there wasn't as much traffic as expected, and
we only got curious glances and an Italian man commenting on how the weather was far too cold for activities like that. 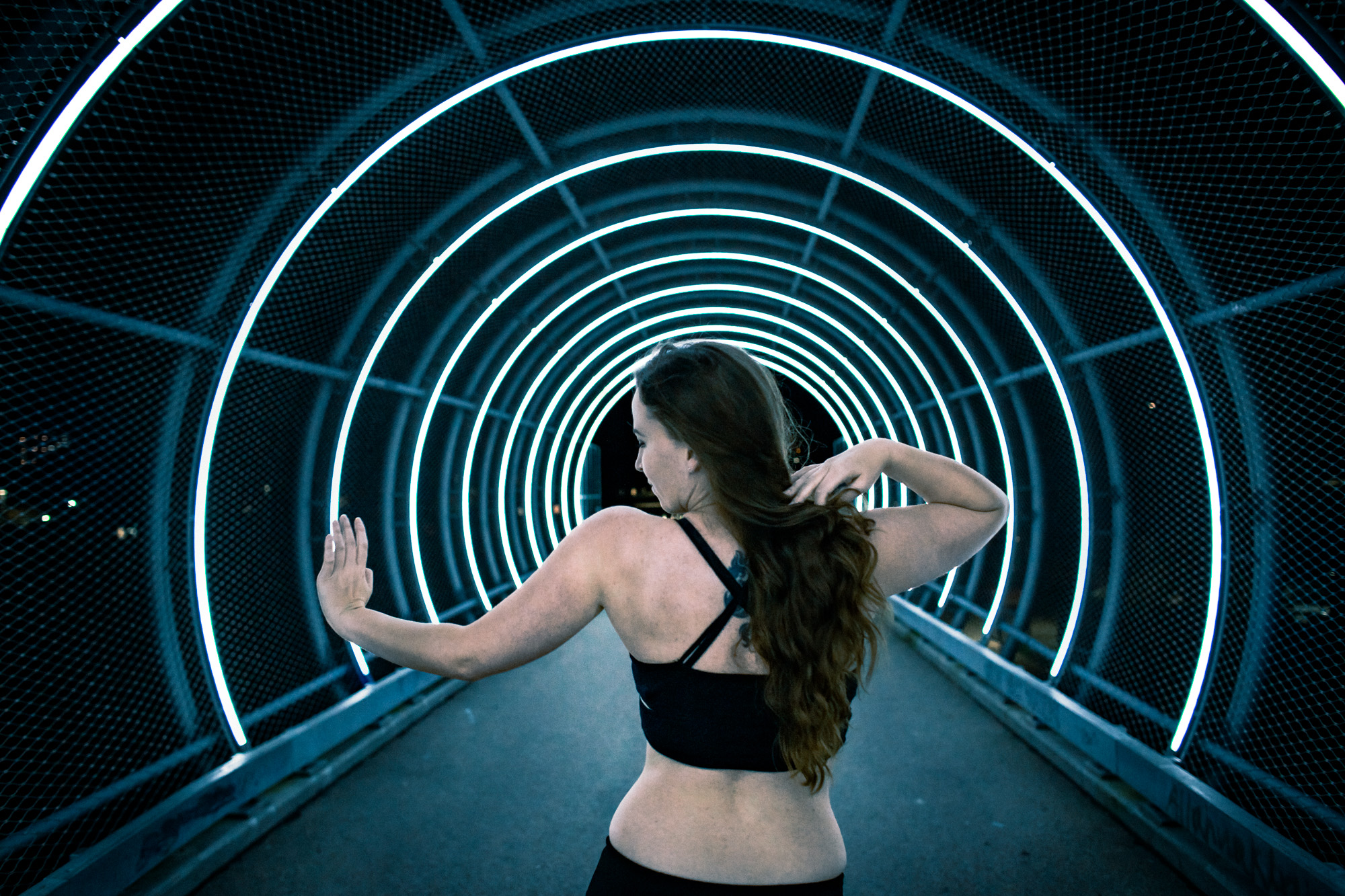 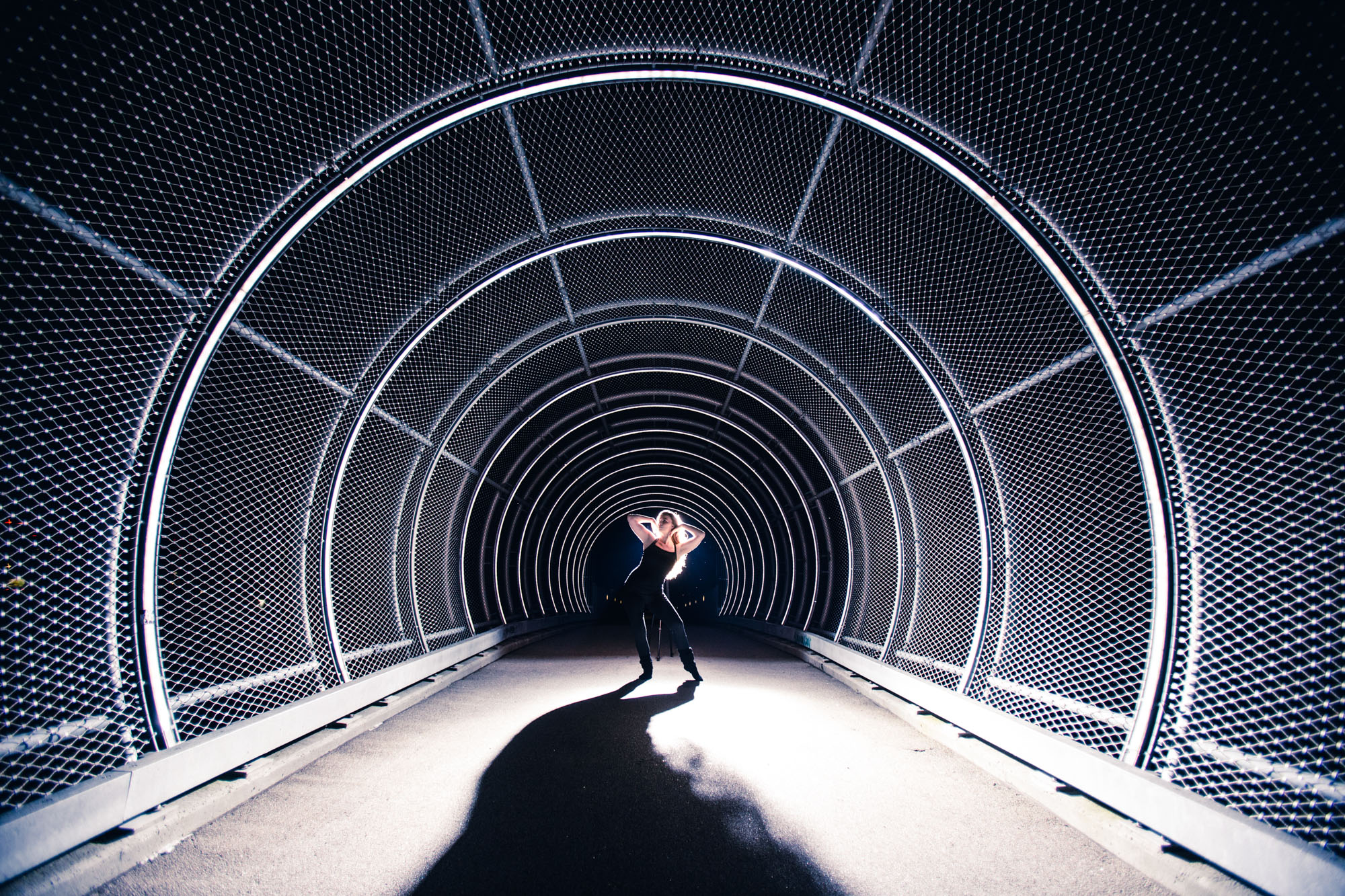 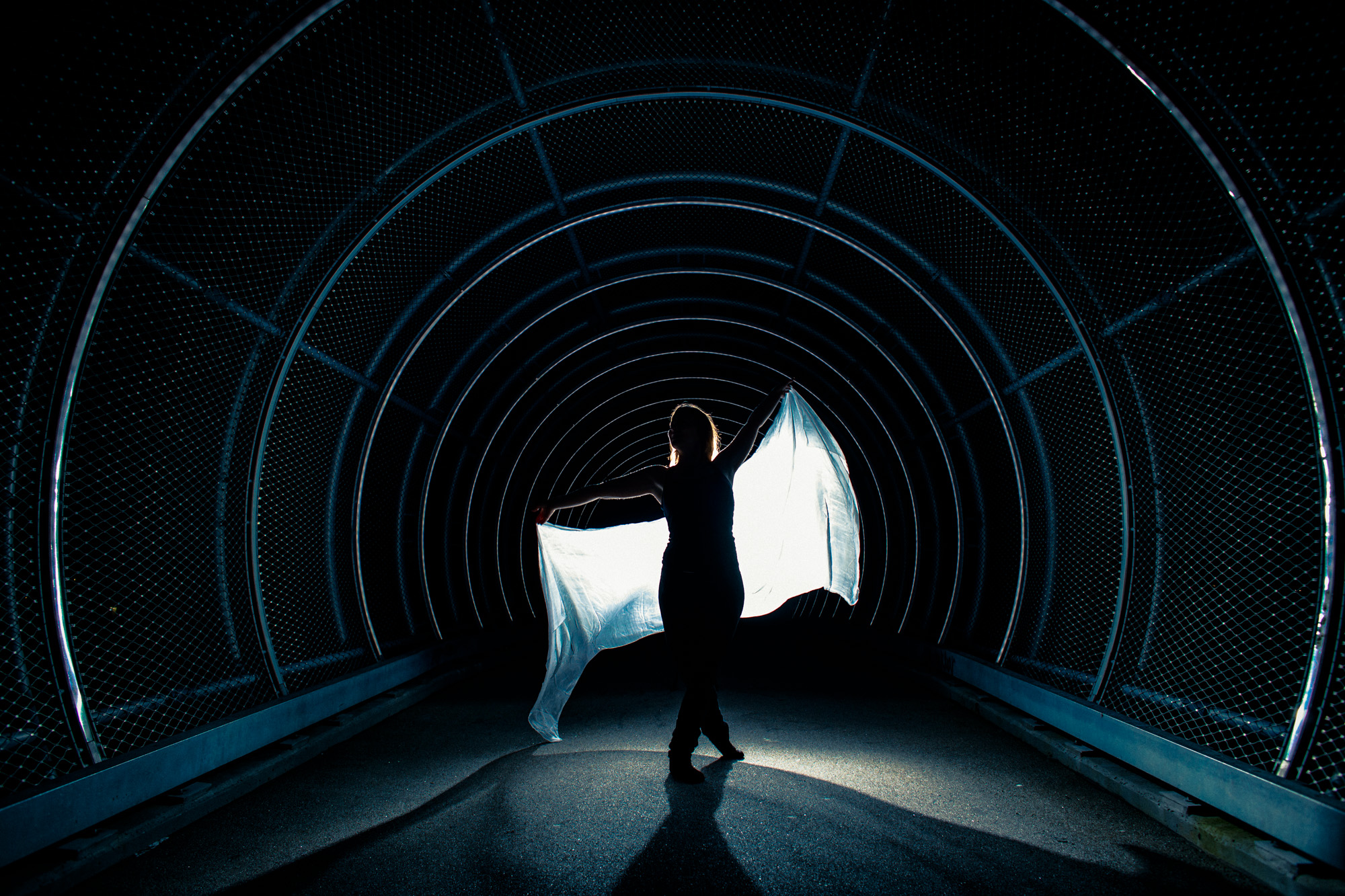 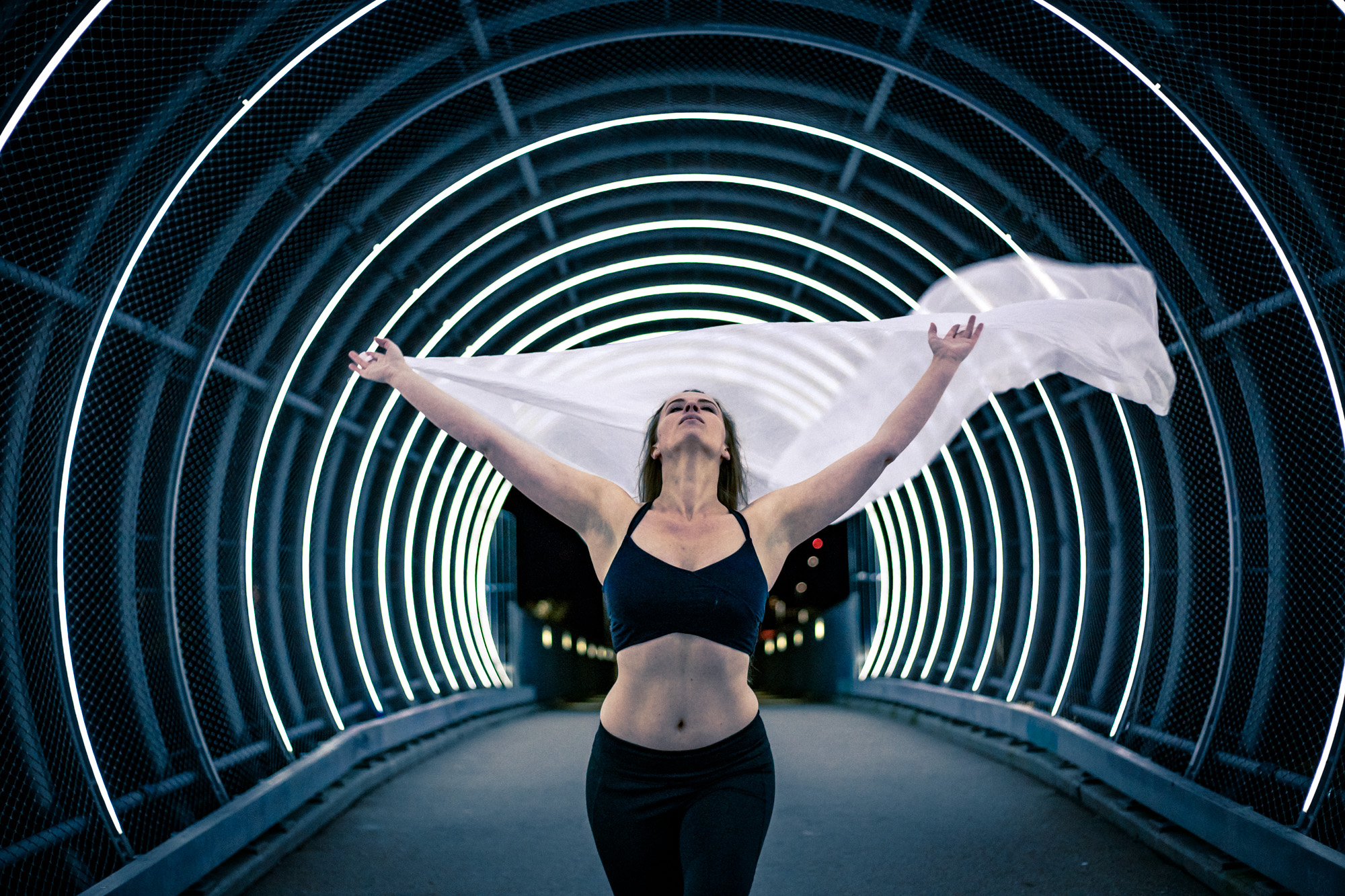 We also took some more regular portraits of her posing with one of her bellydance belts. Even though it didn't end up as classic as expected, I really like the grudgy, mystical, dramatic effect of the harsh light and the shadows of the belt. 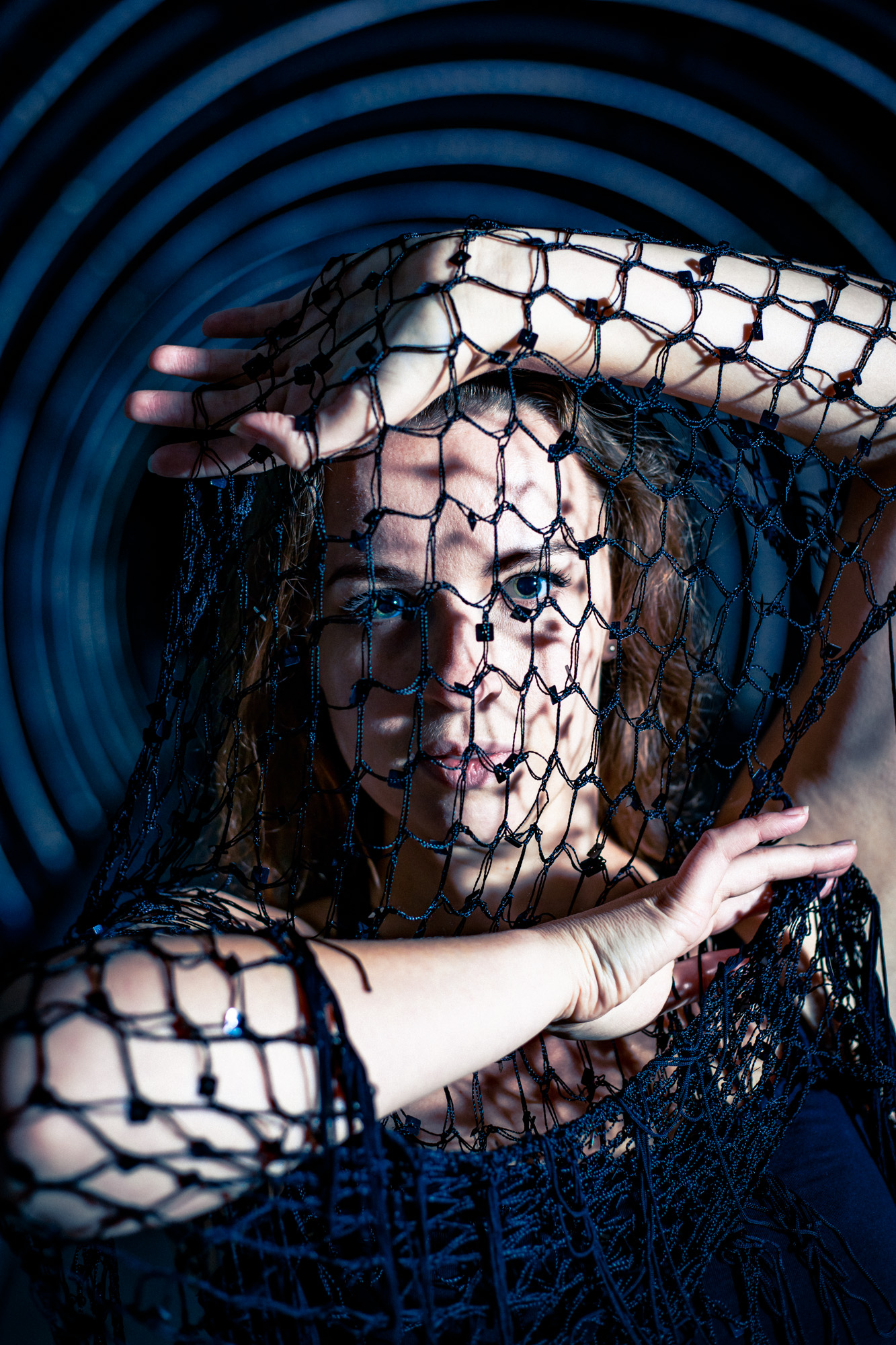 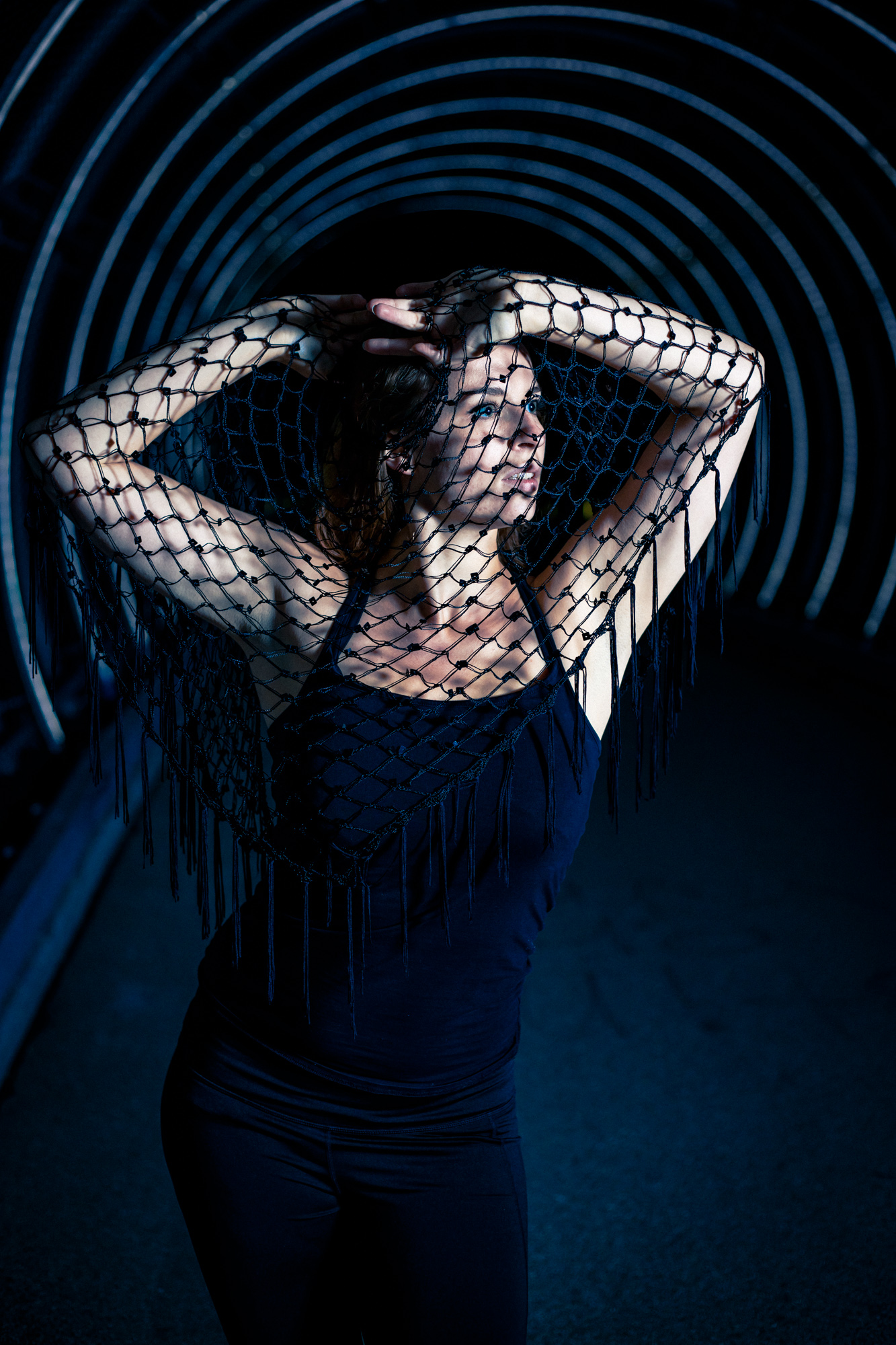 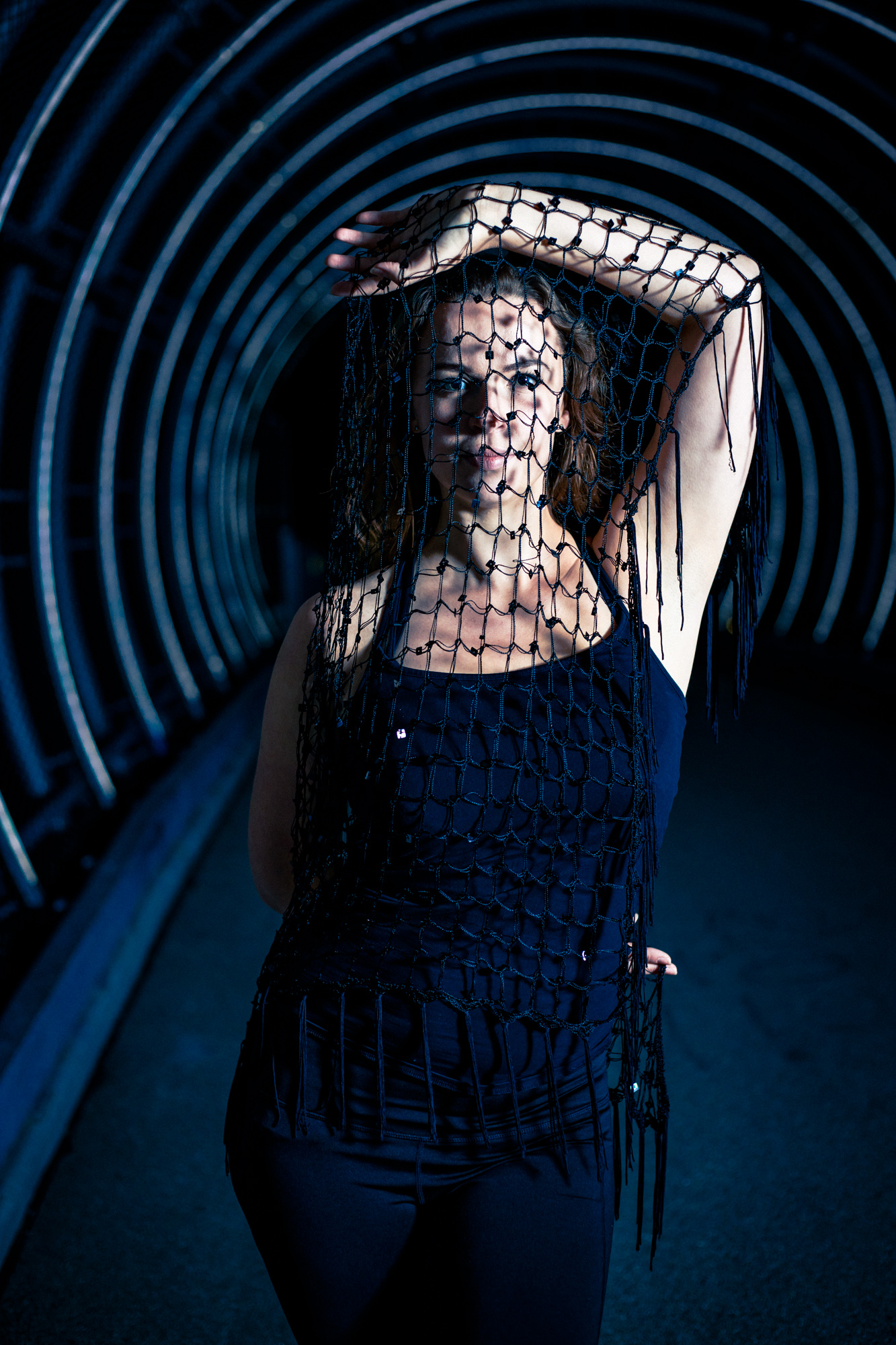 Last but not least, we took out the smoke bomb. Even though we agreed upon some poses for her before we lit them, it turned out that we preferred to go with the flow of the smoke. Also, we found out that some of the poses didn't work that well when Christine is covered in thick clouds. 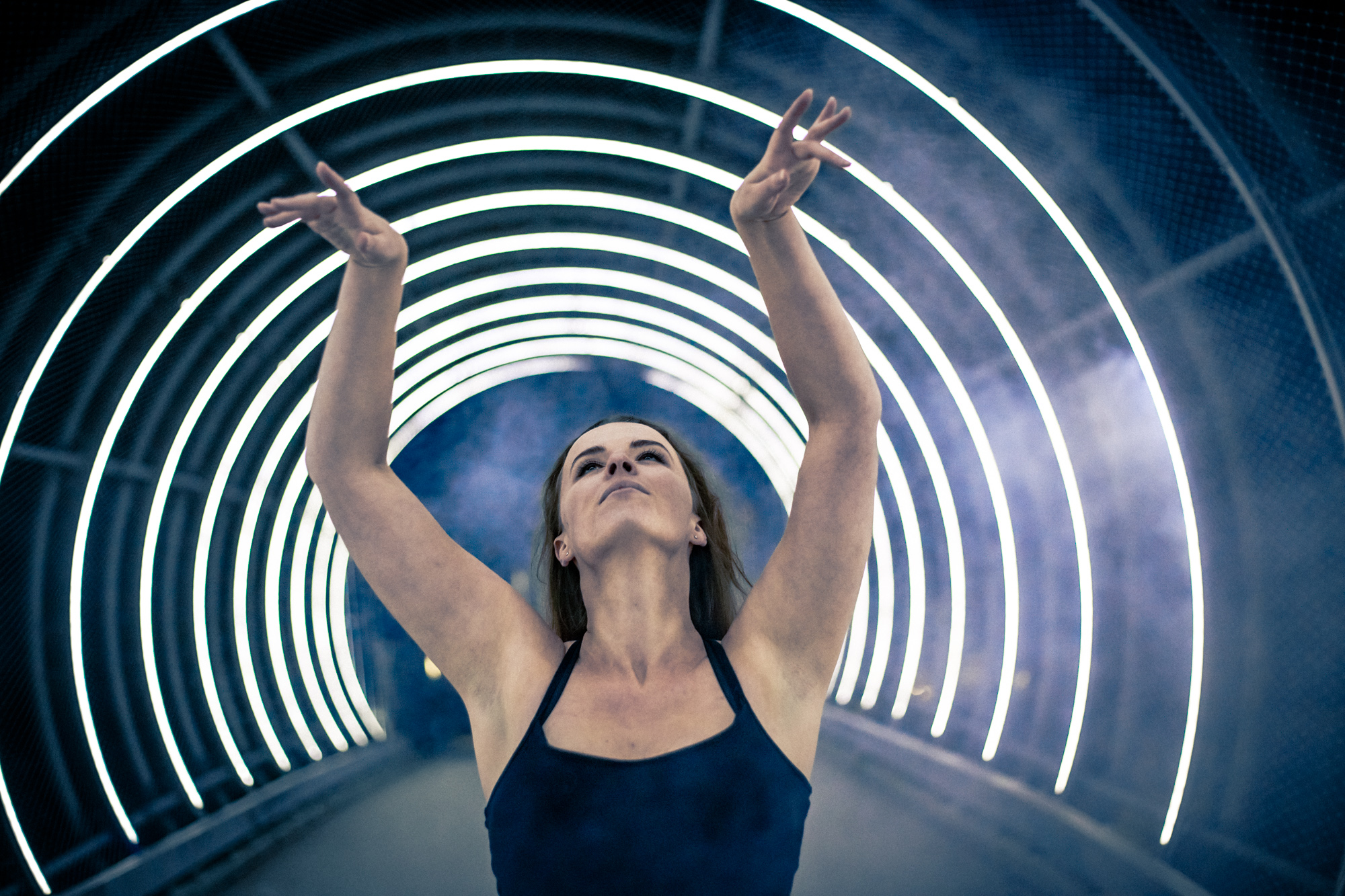 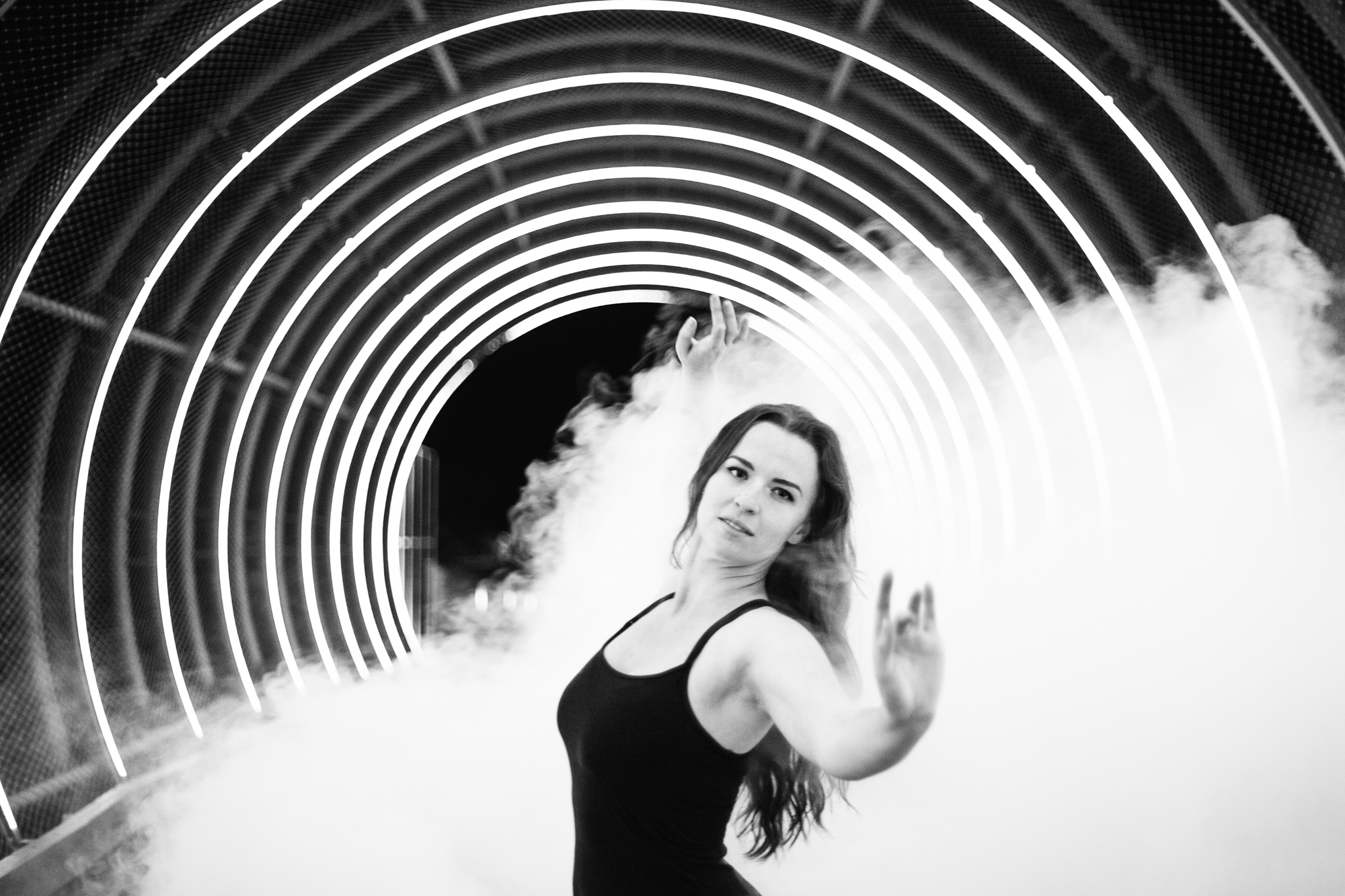 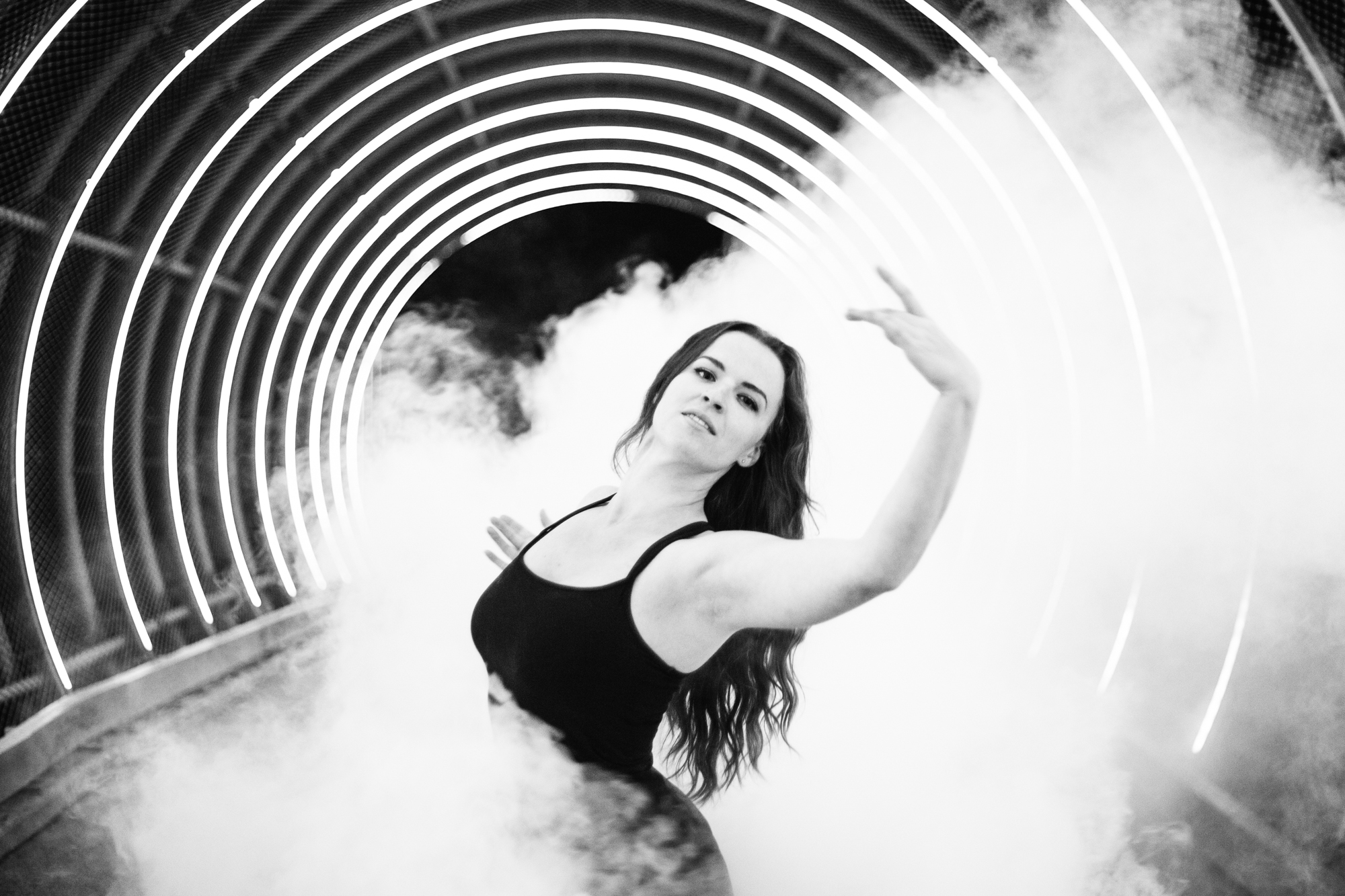 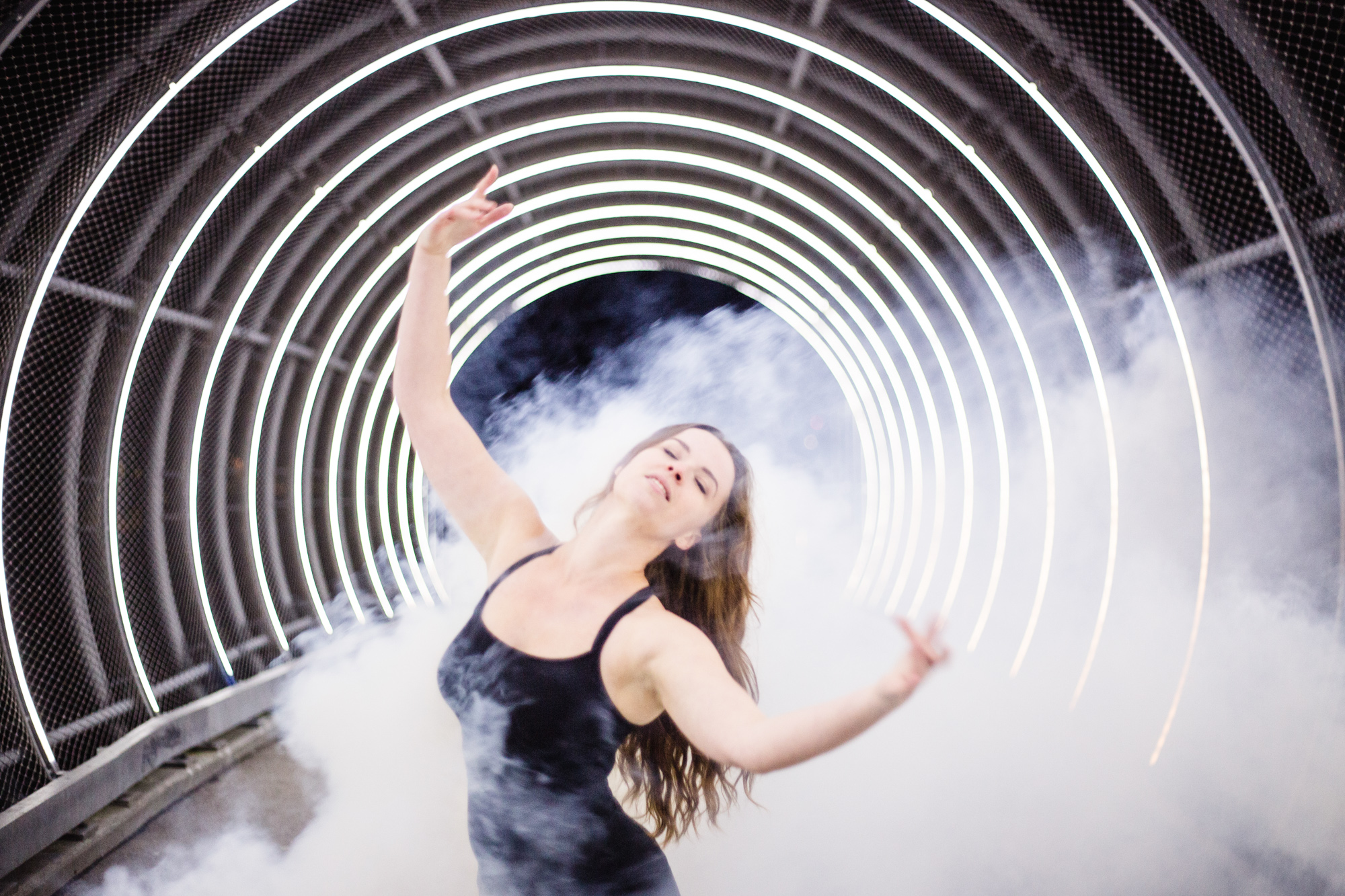 Christine didn't have any experience with photo shoots before that which didn't make any difference. As a dancer and performer, she was aware of how to move her body in similar ways as models usually do. It was great fun to to analyze her routines to anticipate the right moment to press the shutter. We certainly recommend to try and shoot with dancers (or other athletes) even though they might not be experienced photo models. - Remember to bring music! 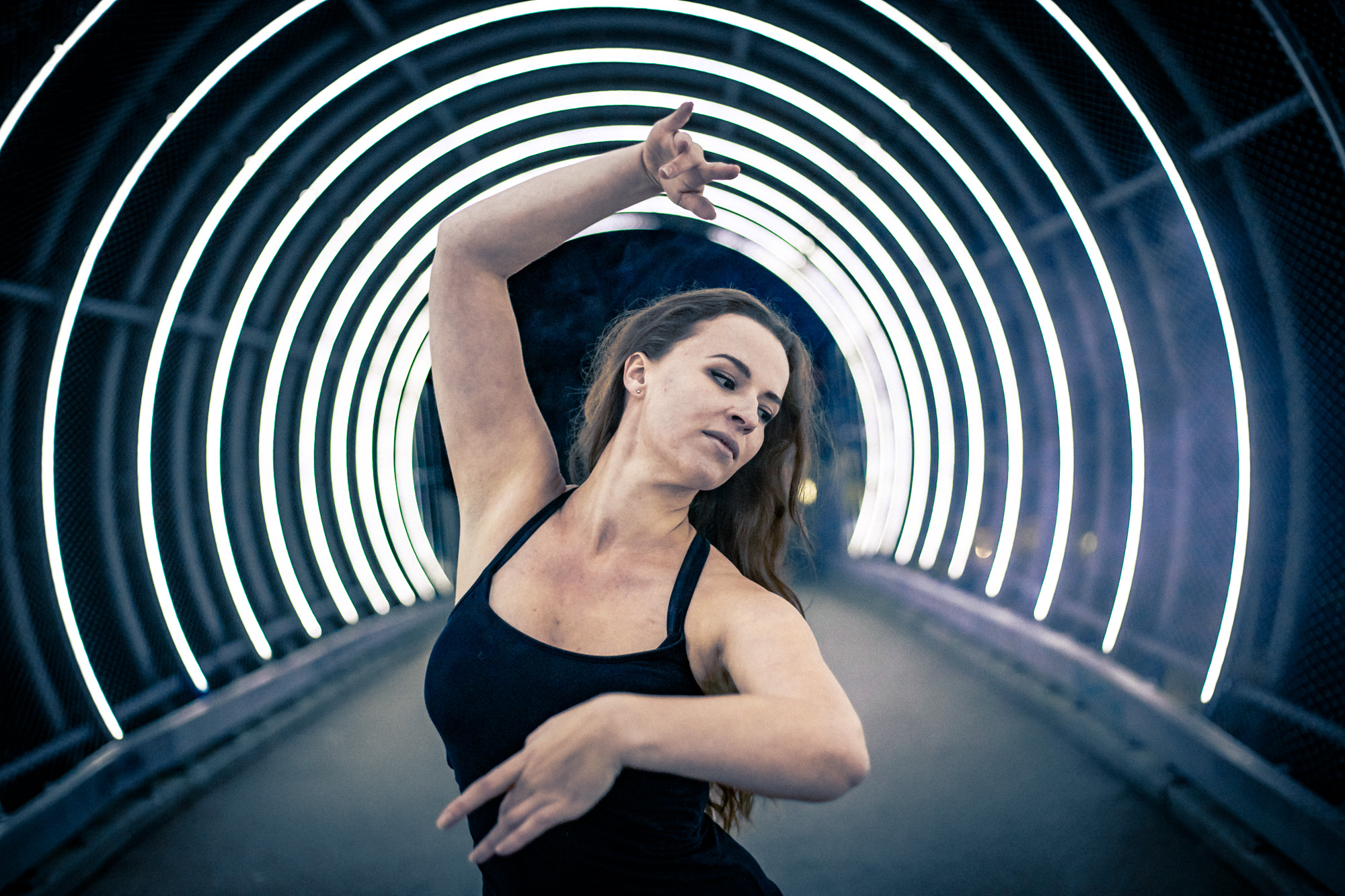