It seems like April always is the month that marks the end of our hibernation, when we stretch our limbs, shake the dust from the cameras and cautiously step into the outside and shakily take some first pictures to warm up for the photography season to come. After several months of darkness and not a lot going on here on the blog, April 2019 was busy not only with Judith's birthday, bipolar weather situations and Easter holidays, we also took a lot of photos.

Most of them were two legged, even though a lot of them were good at doing a four legged impression. Yes, we're done with the puns now, here is a summary of what we've been up to the past four weeks:

The big April photoproject was a series of photoshoots with instructors from a local yoga studio at sunrise. 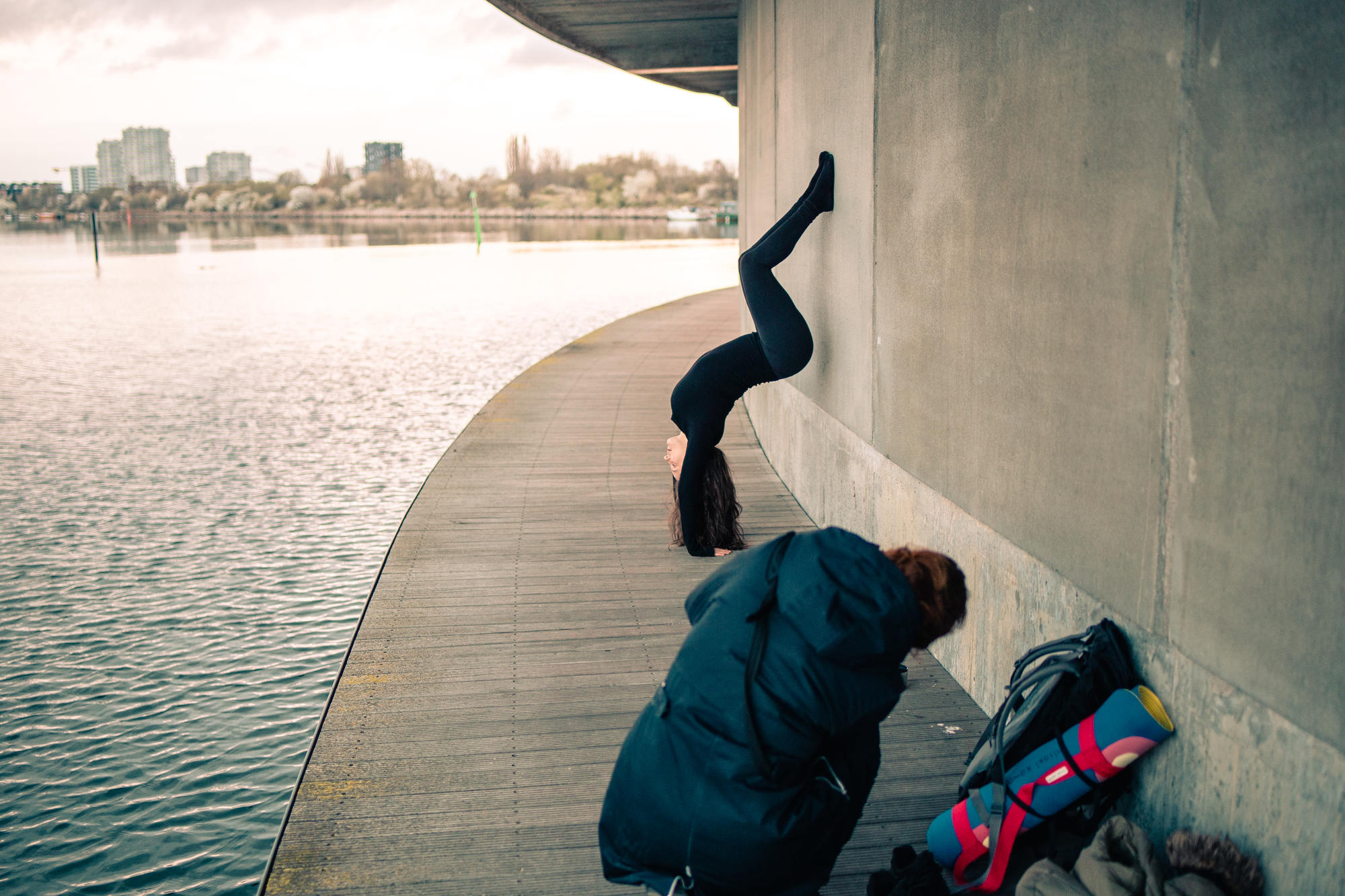 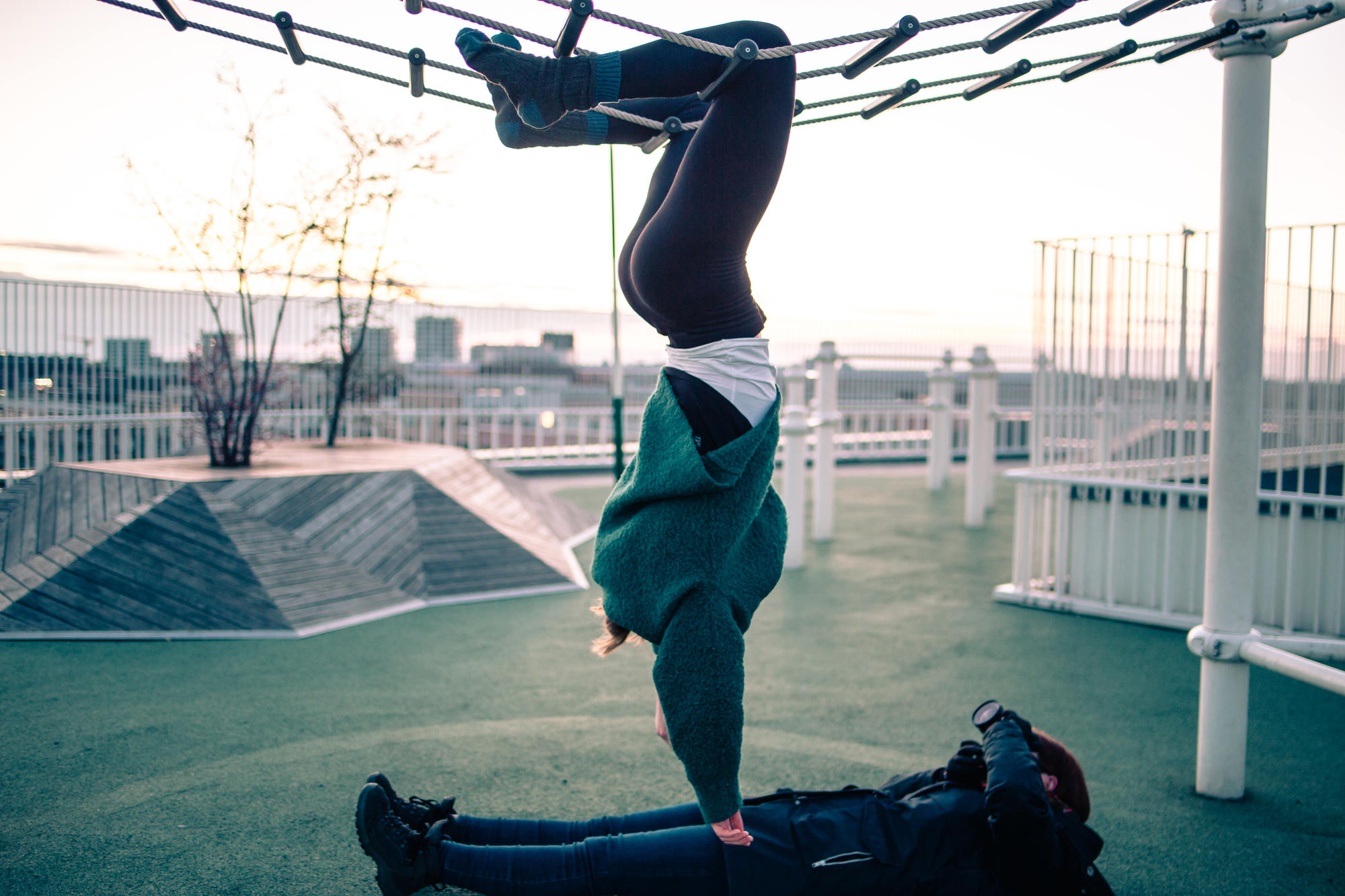 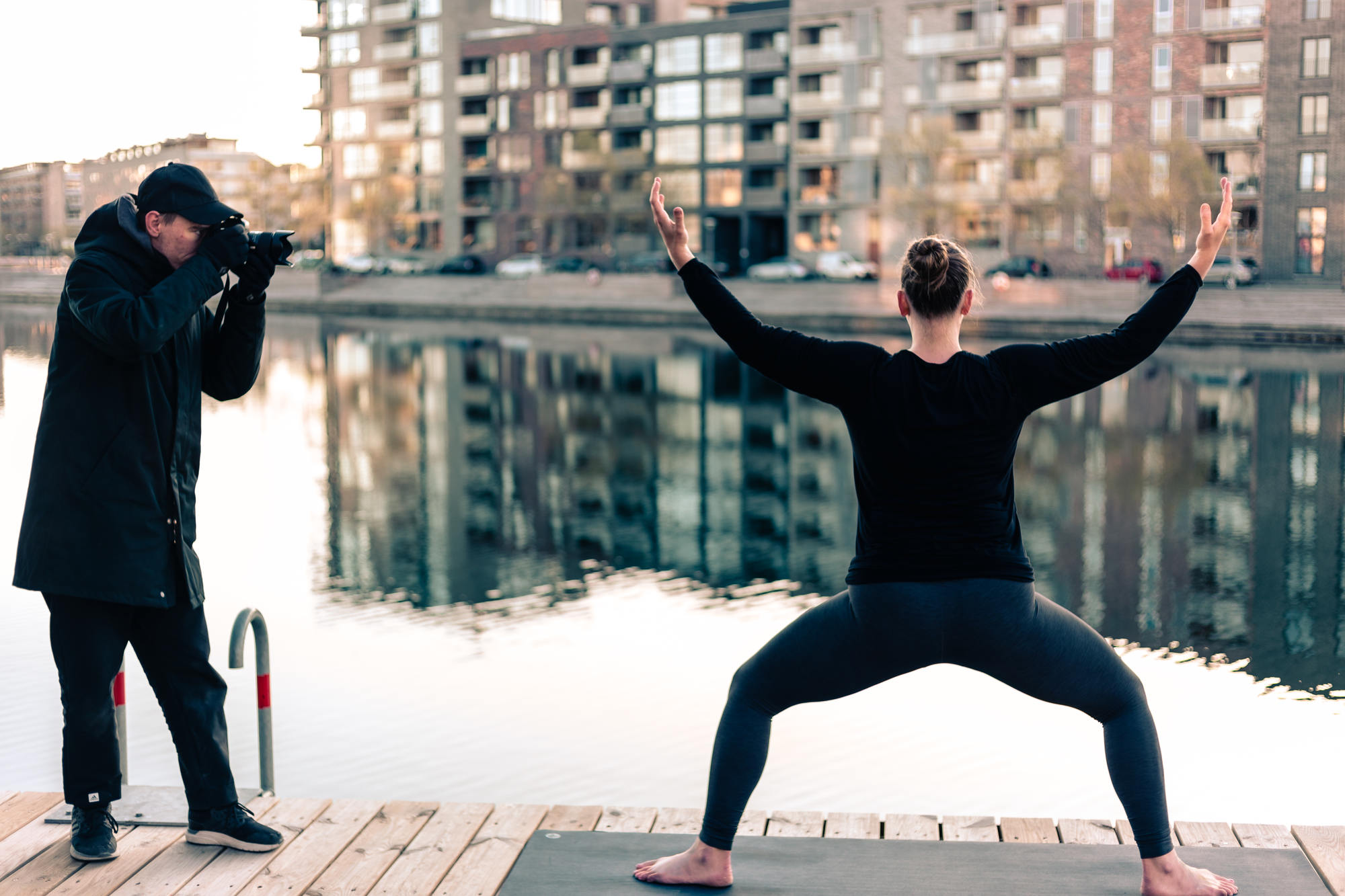 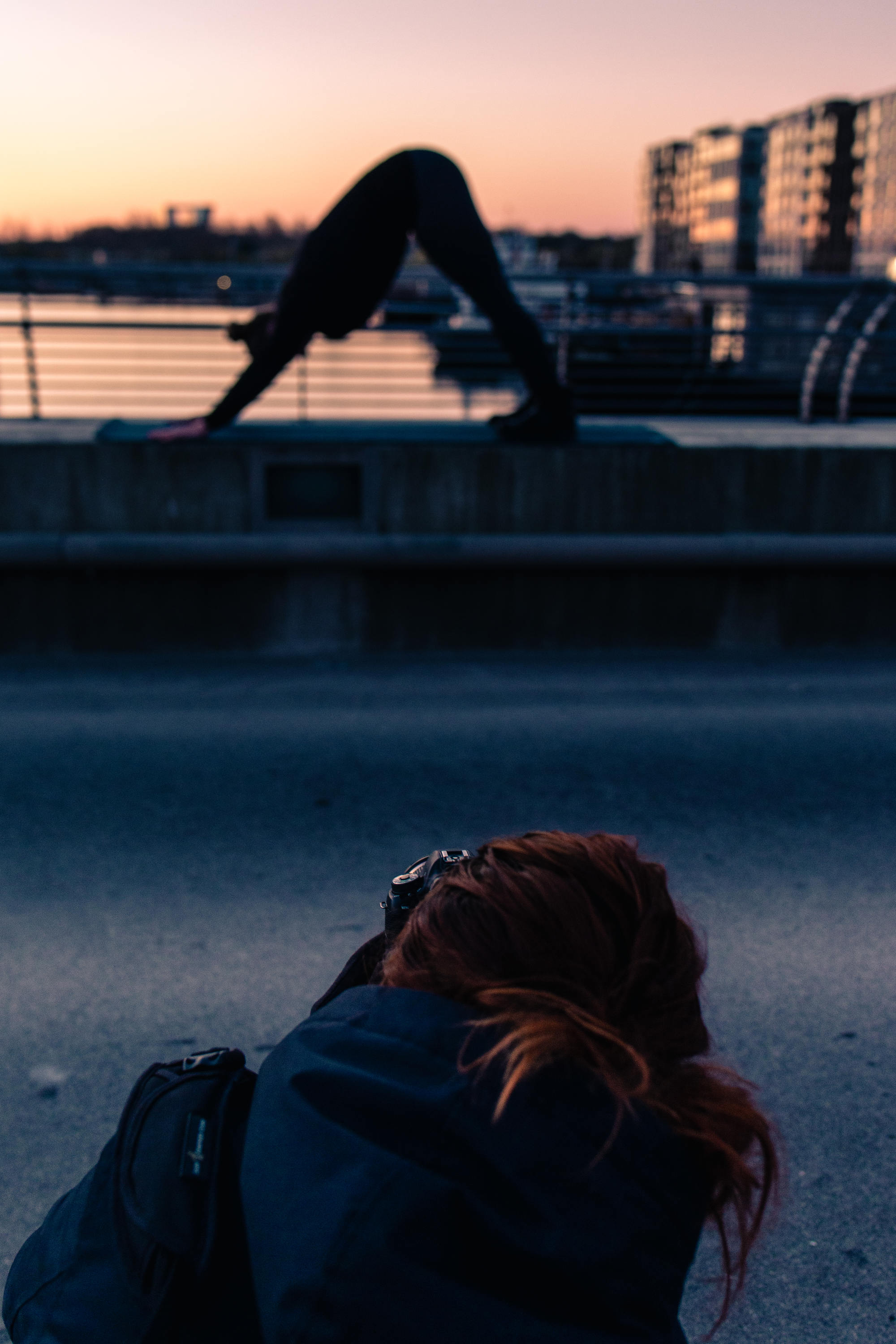 It was a great way to shoot in our neighbourhood, take photos of interesting people and challenge ourselves to use lines, shapes and angles in our photos. Read the blogpost about the shoots with Jessie, Camilla and Kirstine, or enjoy this little video we cut together:

We already mentioned Oreo in our last month review when we sitted her for the first time and of course introduced her to our homestudio. We were lucky enough to again have her as a temporary office dog in April, and this time round the weather was actually pleasant enough to take some more photos of her outside with the new Sigma 85mm lens.
Luckily, Oreo is a relatively smart and eager floof who would do a lot for you to throw the frisbee (like sitting on the same spot and staring intently into the lens or rather at the frisbee dangling right over the lens). 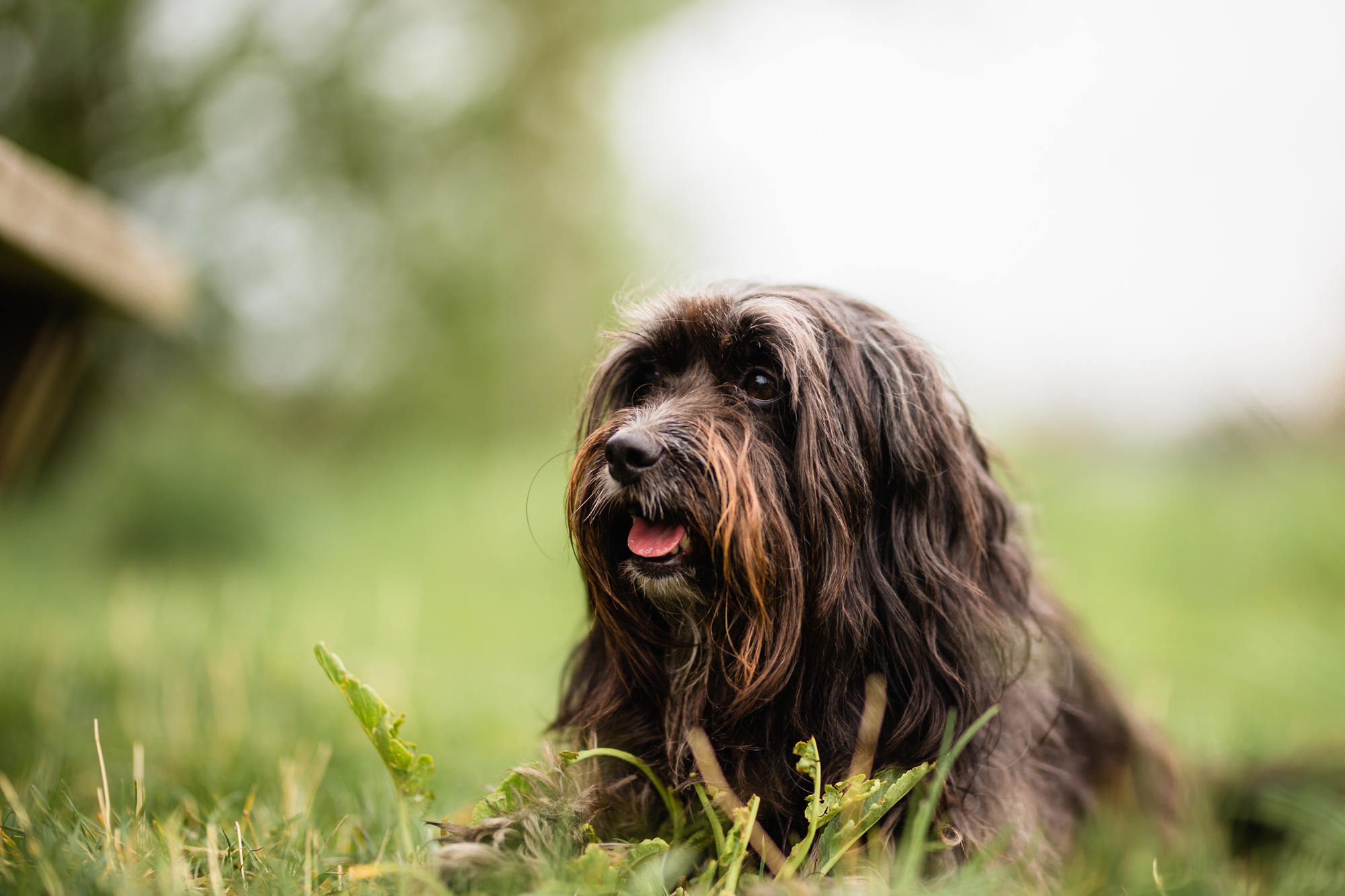 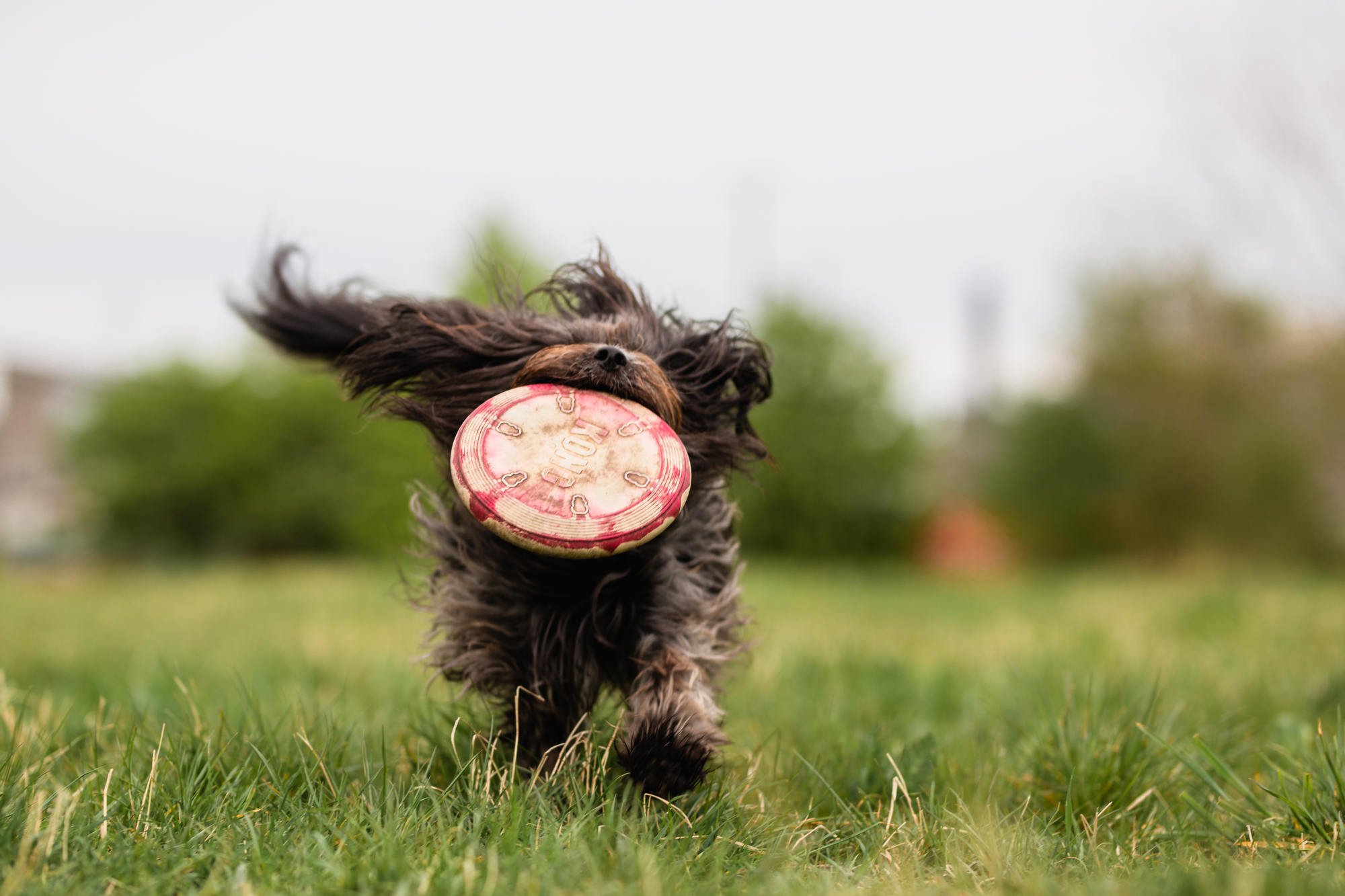 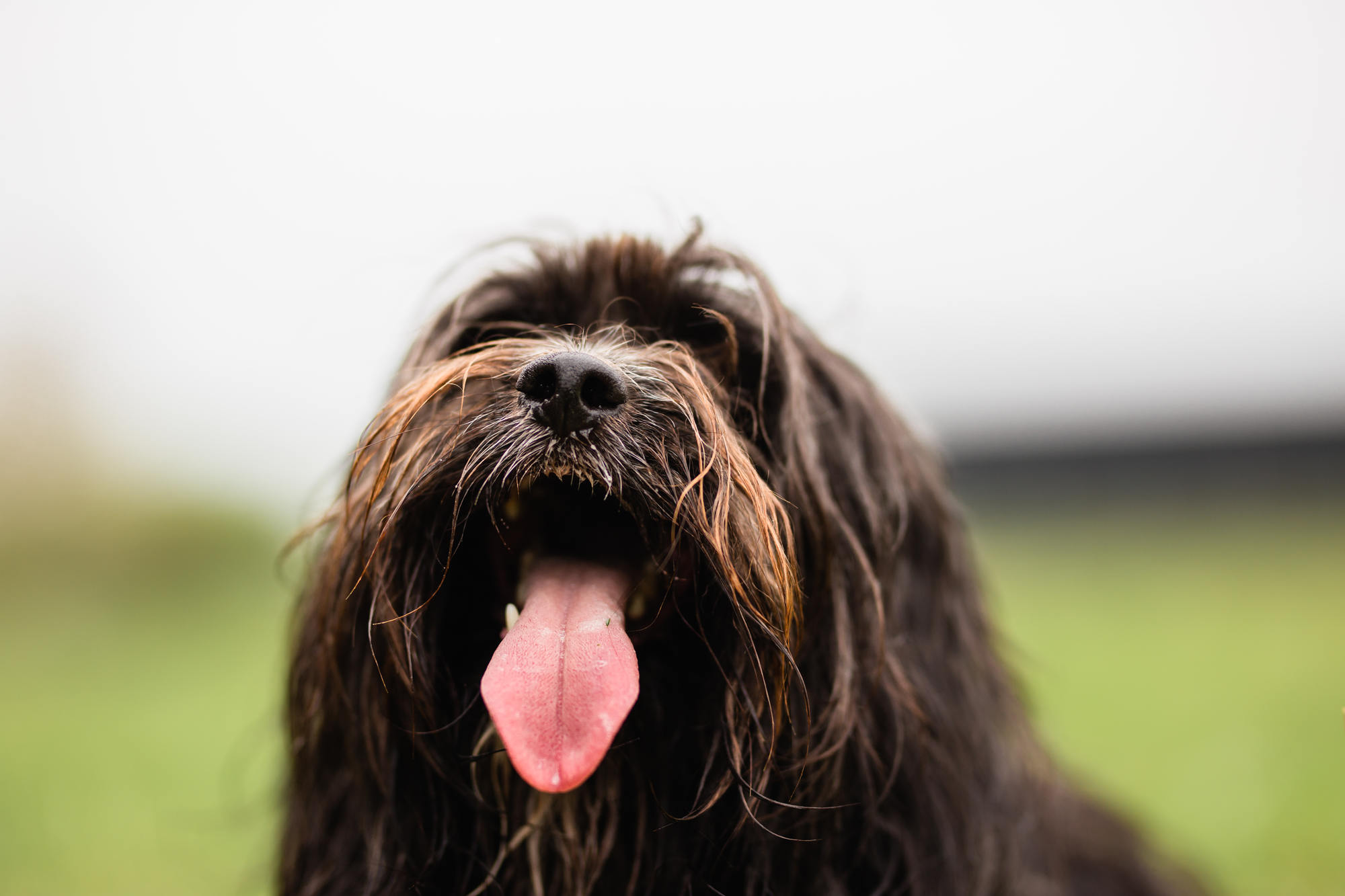 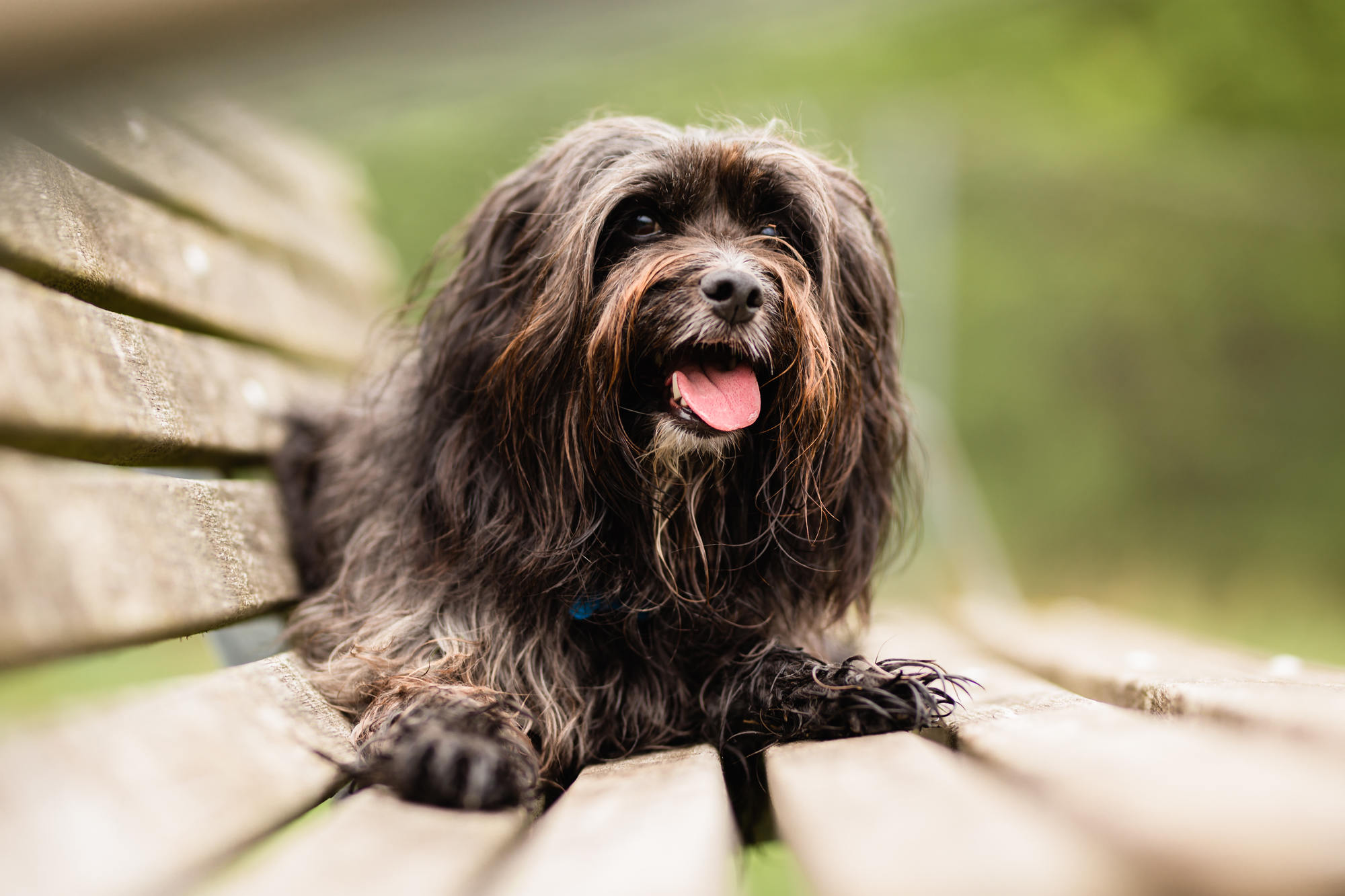 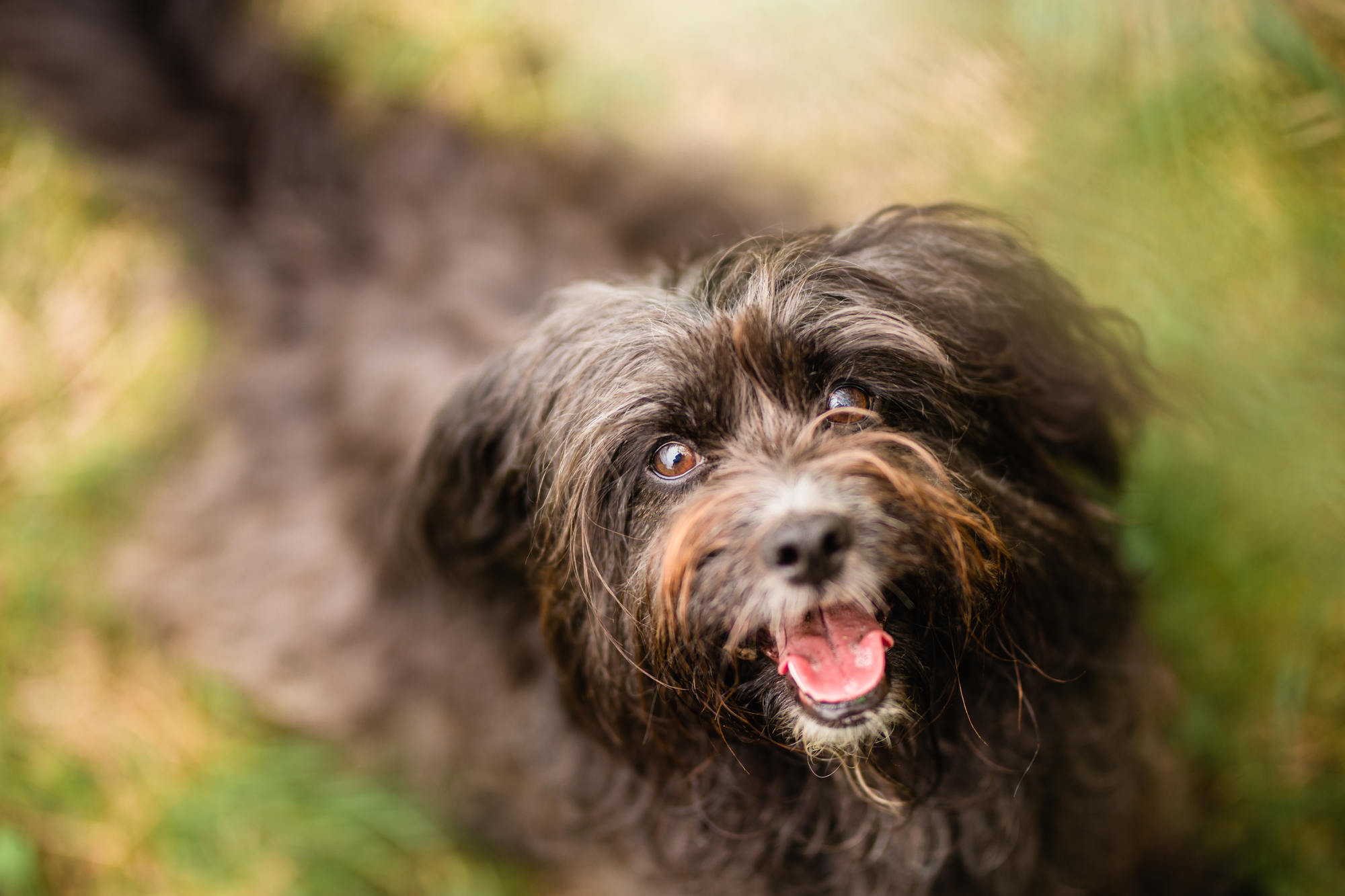 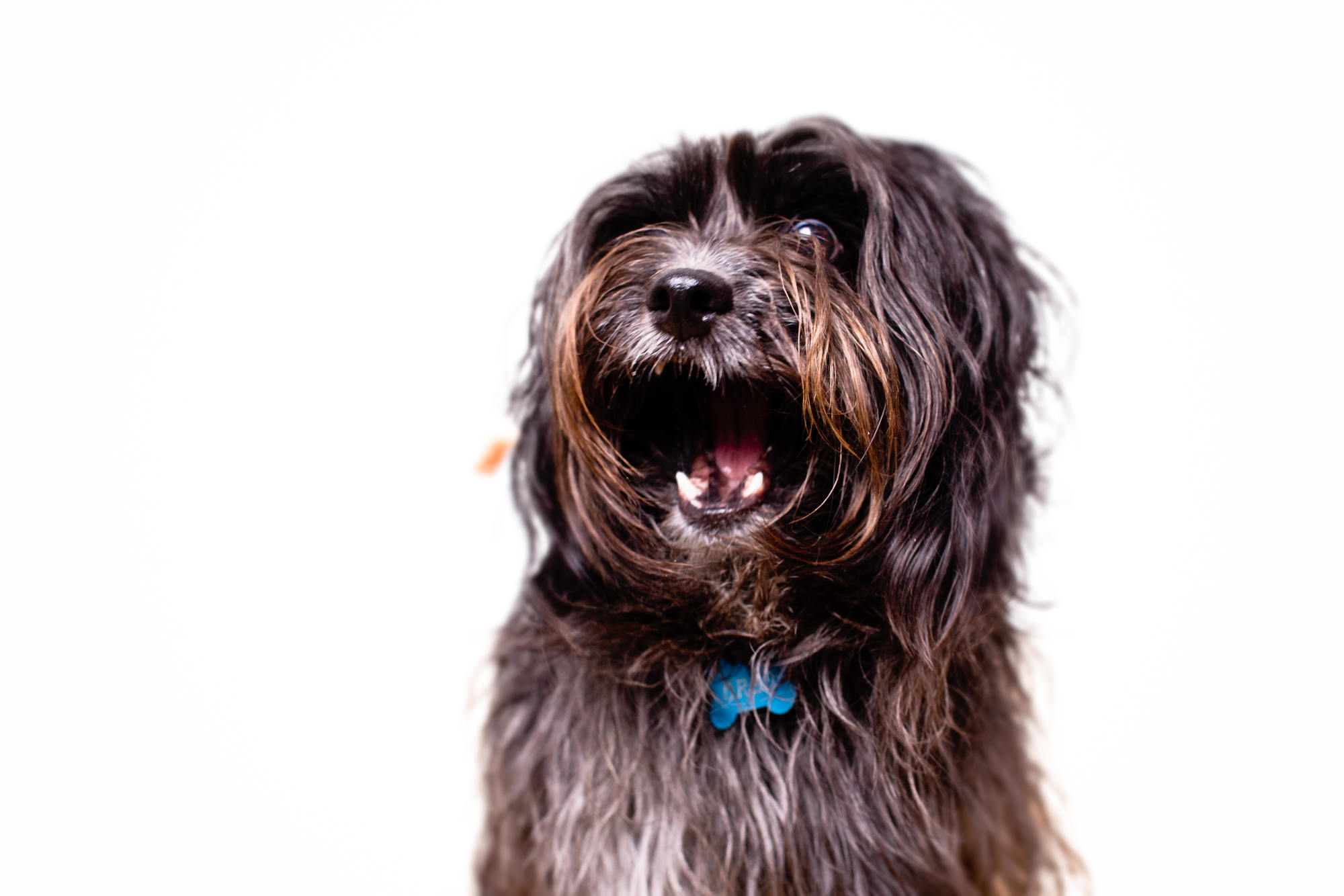 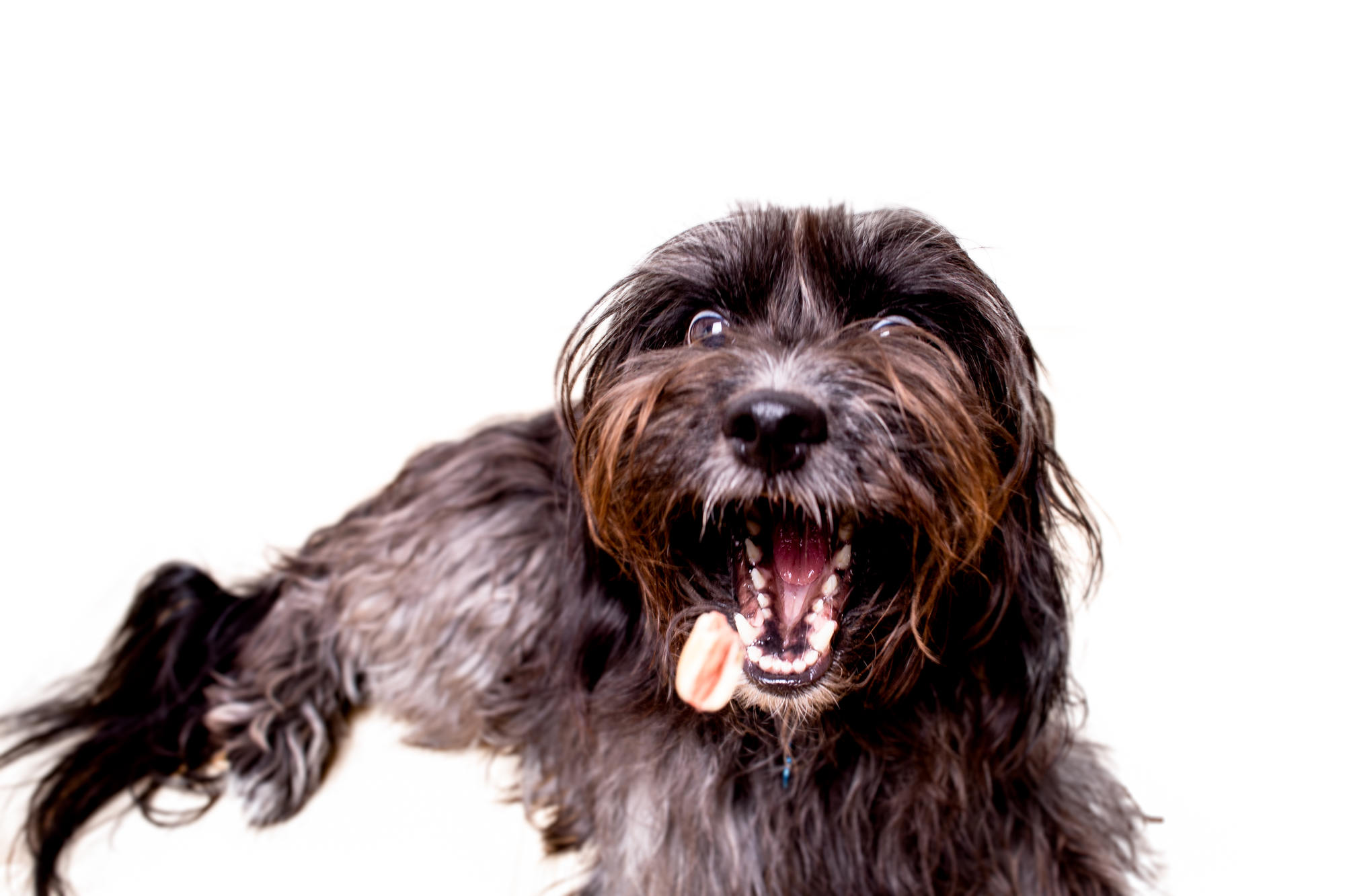 Video production is a lot of fun and both Judith and I have had our experiences with it in the past. Judith for local television stations, several events and as an editor for educational prostate cancer videos, Jonathan for event videos, product launch videos and some (rather boring) After Effects localisation.

We've decided to just flip the switch on the cameras and shoot some video on the side and add some reviews and behind the scenes videos to our YouTube Channel when we have the chance, since we're mostly together on shoots anyways.

So far, the videos that are not travel videos are the Tamron 35mm review, behind the scenes of our yoga shoots and a quick teaser of the pictures of Mikkel as embedded further down in this post.

Funny story, we were standing on the smokers balcony of a concert venue at a 1920s New Years party, me only with the electronical cigarette, my first New Years eve without real cigarettes in about 10 years, when we saw an interestingly dressed pair, walked over and said hi. 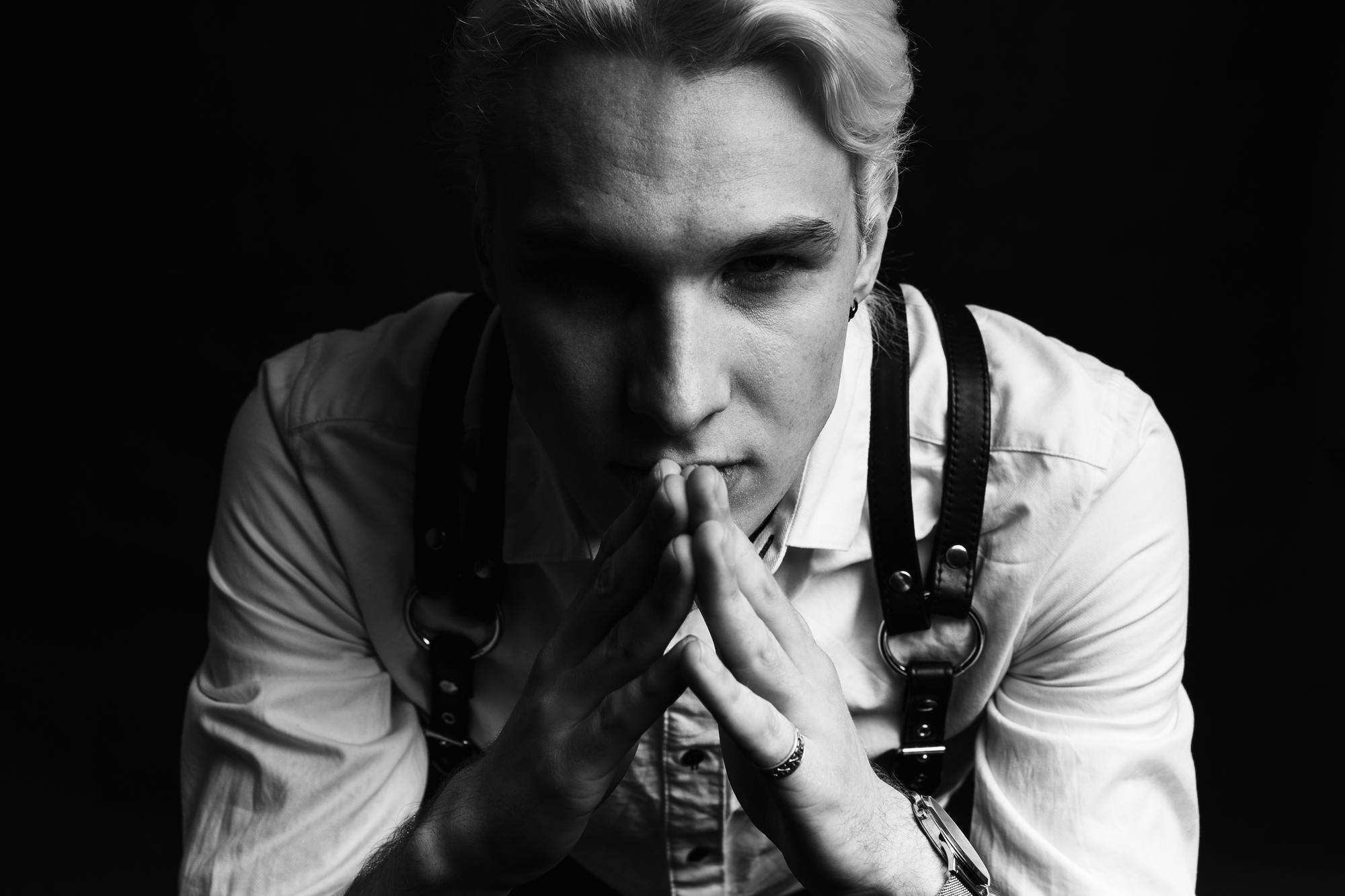 We didn't really beat around the bush and just admitted that they looked interesting and that we were photographers, which may sound creepy, but actually was a bit funny, also because it was a pretty safe environment and we don't look very dangerous (at least we think so).

Finally, we managed to have a shoot with one of the two in the studio this week. Mikkel visited us and we're still working on the blog post, but here are a few teaser images:

We're super happy with the shoot and with the pictures, thank you Mikkel for

PS: Check out our youtube, you know Google thinks we're better when we have more followers, so go subscribe, even though obviously we're equally cool, no matter how many subscribers we have B-) 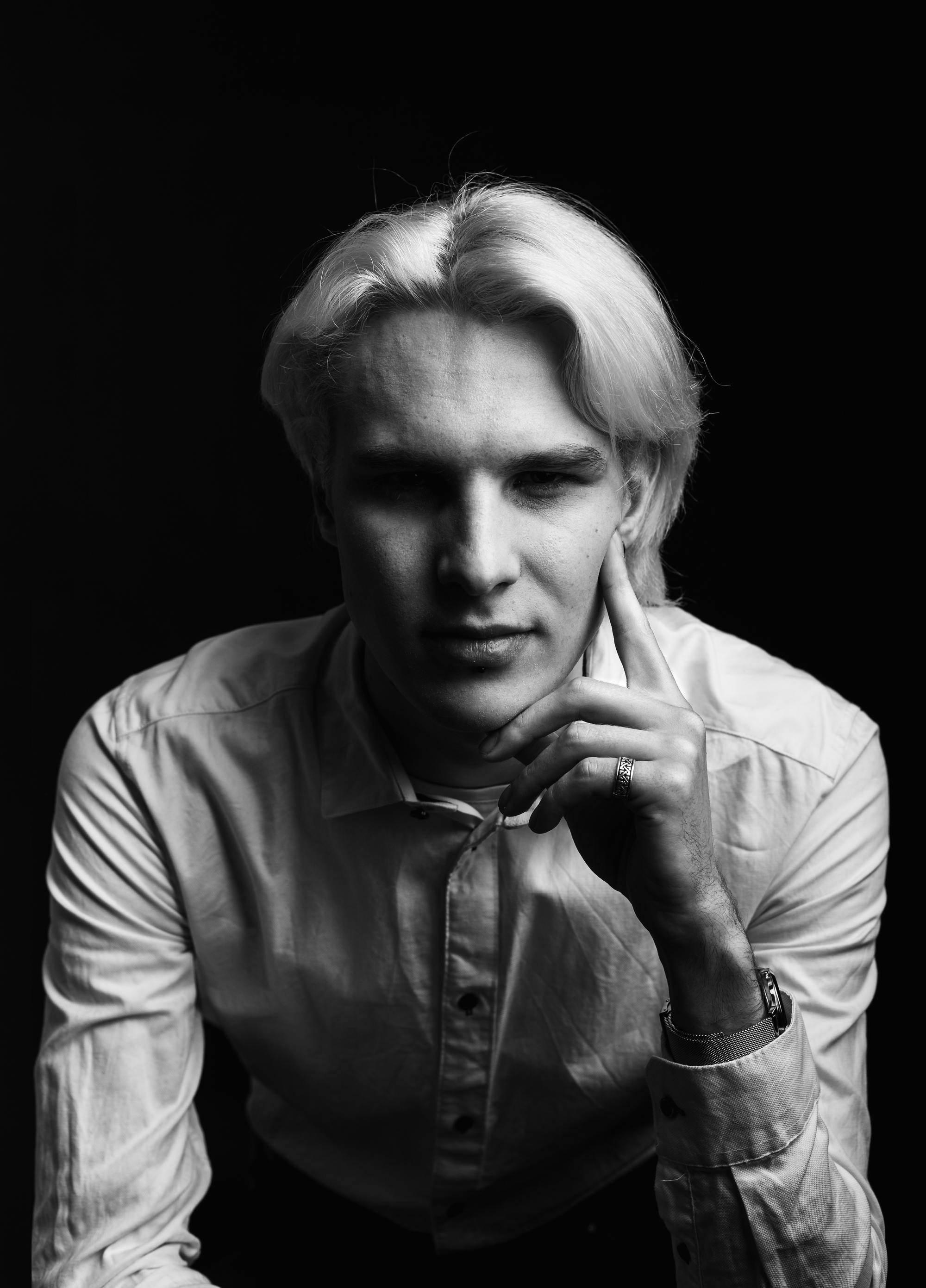