It's now three months and a knee injury after our trip to Norway, so while being couchbound and quite static I thought it was about time to share the stories and photos we haven't shared yet. The trip was everything but static, we drove 3.287km across Norway in roughly 10 days and we experienced most of the country from the (luckily) comfortable seats of our rental car.

These photos of the reindeer - taken on one of our last days where we finally managed to get close to some of the many reindeer we saw - were taken through the window of the car, like the true car tourists we are. 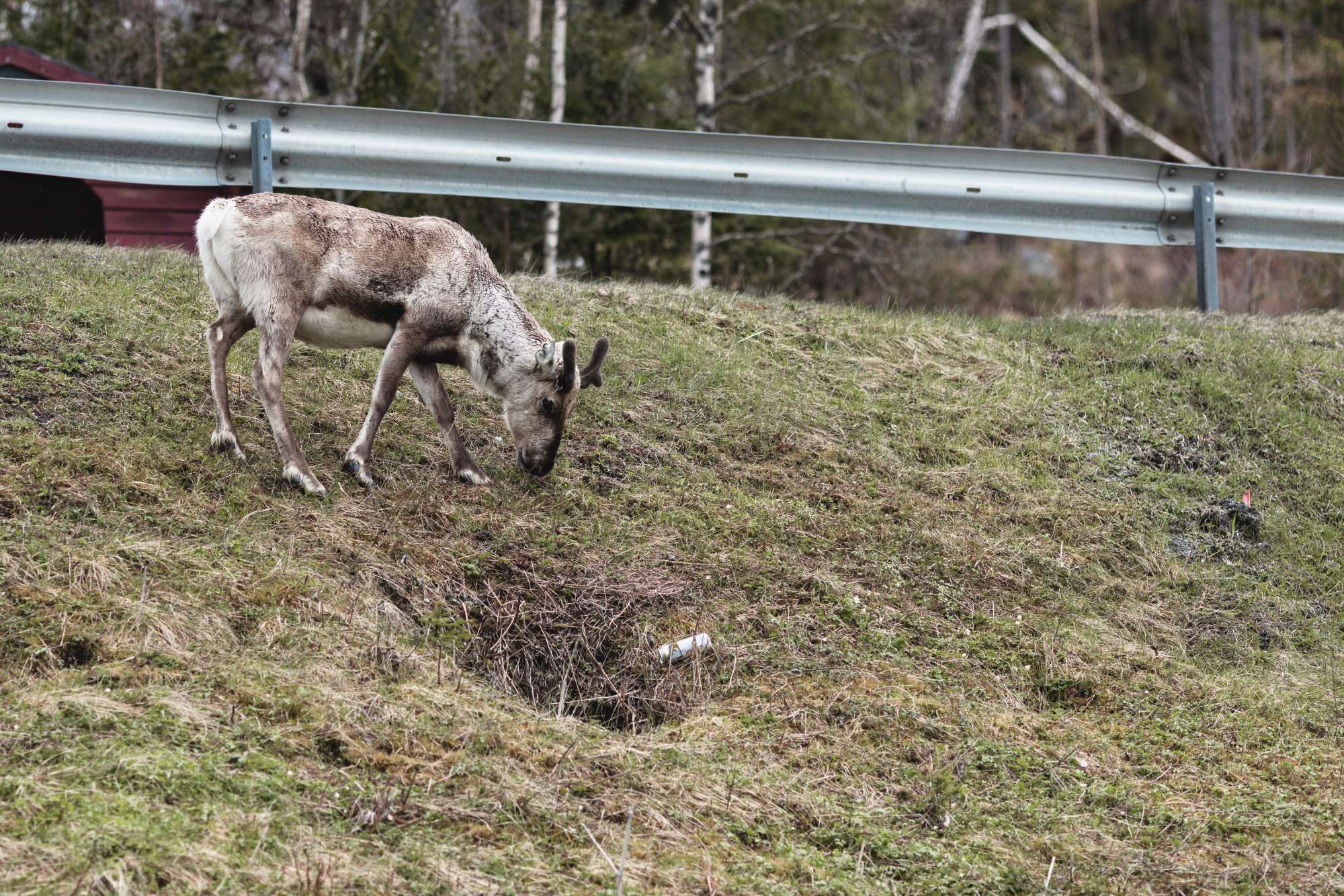 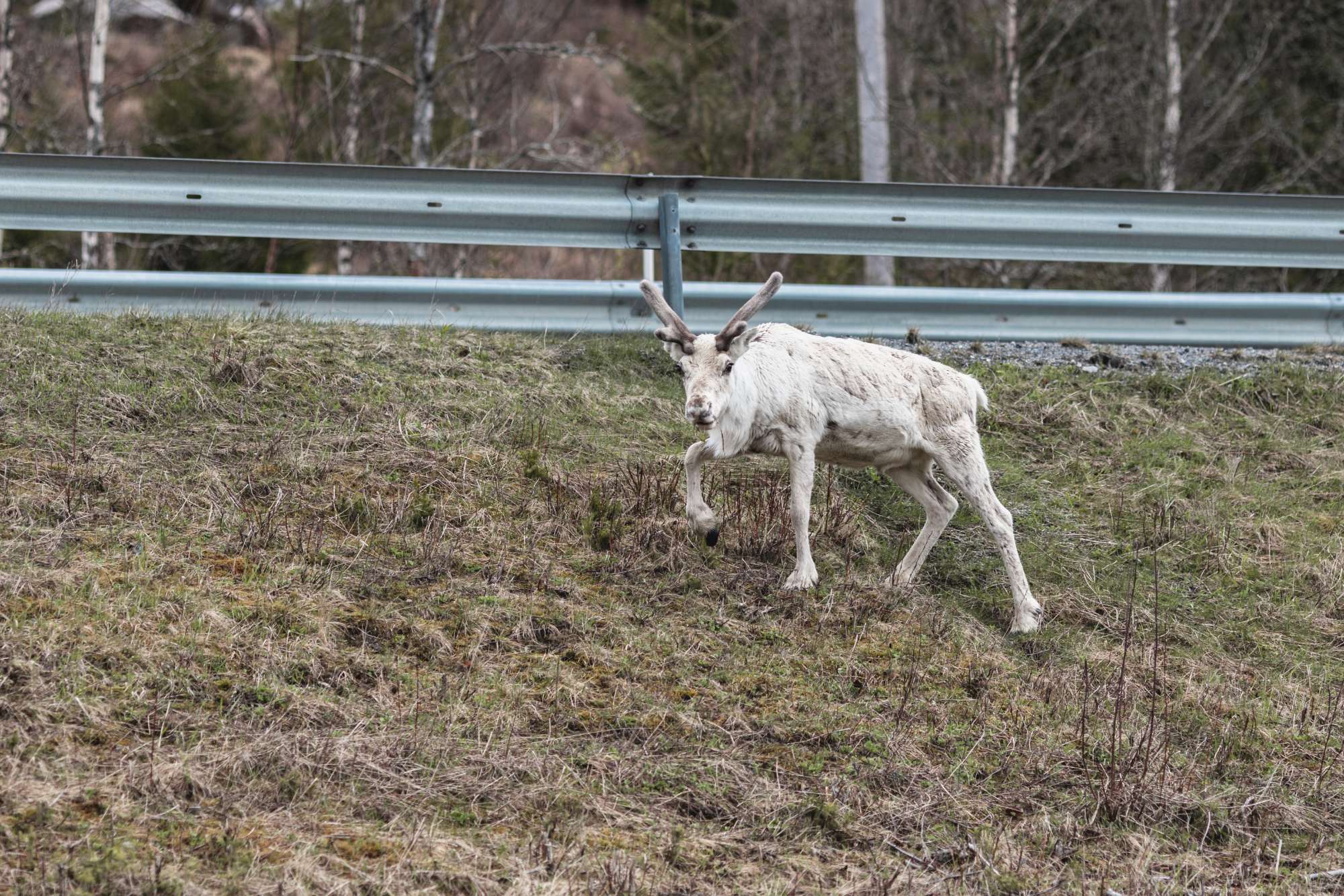 And after what seemed to be an eternity, we also spotted the long awaited moose - for those we had to get out of the car, though - and we were watched suspiciously all the time time. 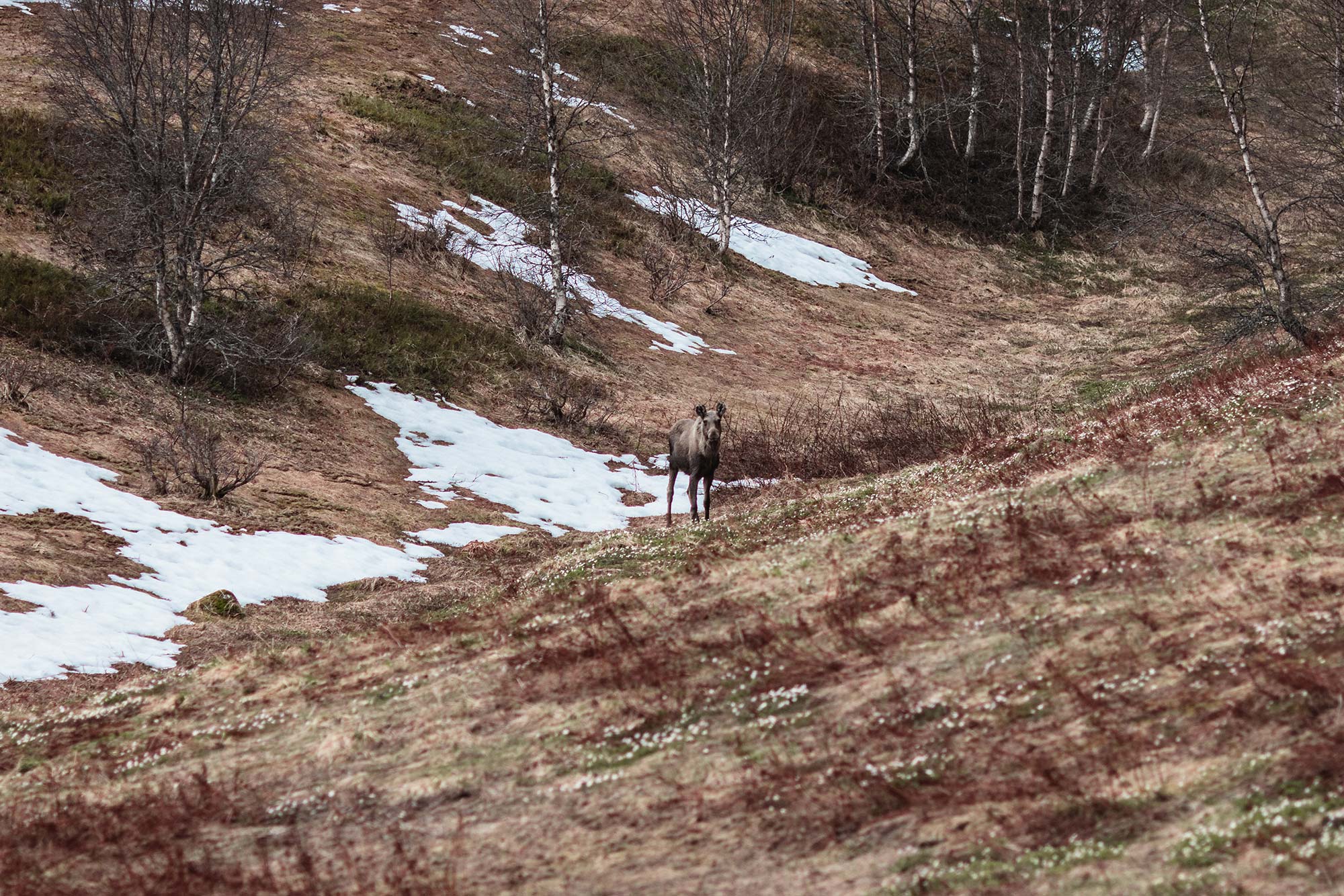 After the blinding whiteness of north Norway which still was mostly covered in snow, it was fascinating to make our way south and watch the landscape change to brown and grey to slowly turning green. Our altitude changed constantly when driving over mountain ranges and returning down to sea level, so dense forests would still be alternated by snowy plains regularly for some time. 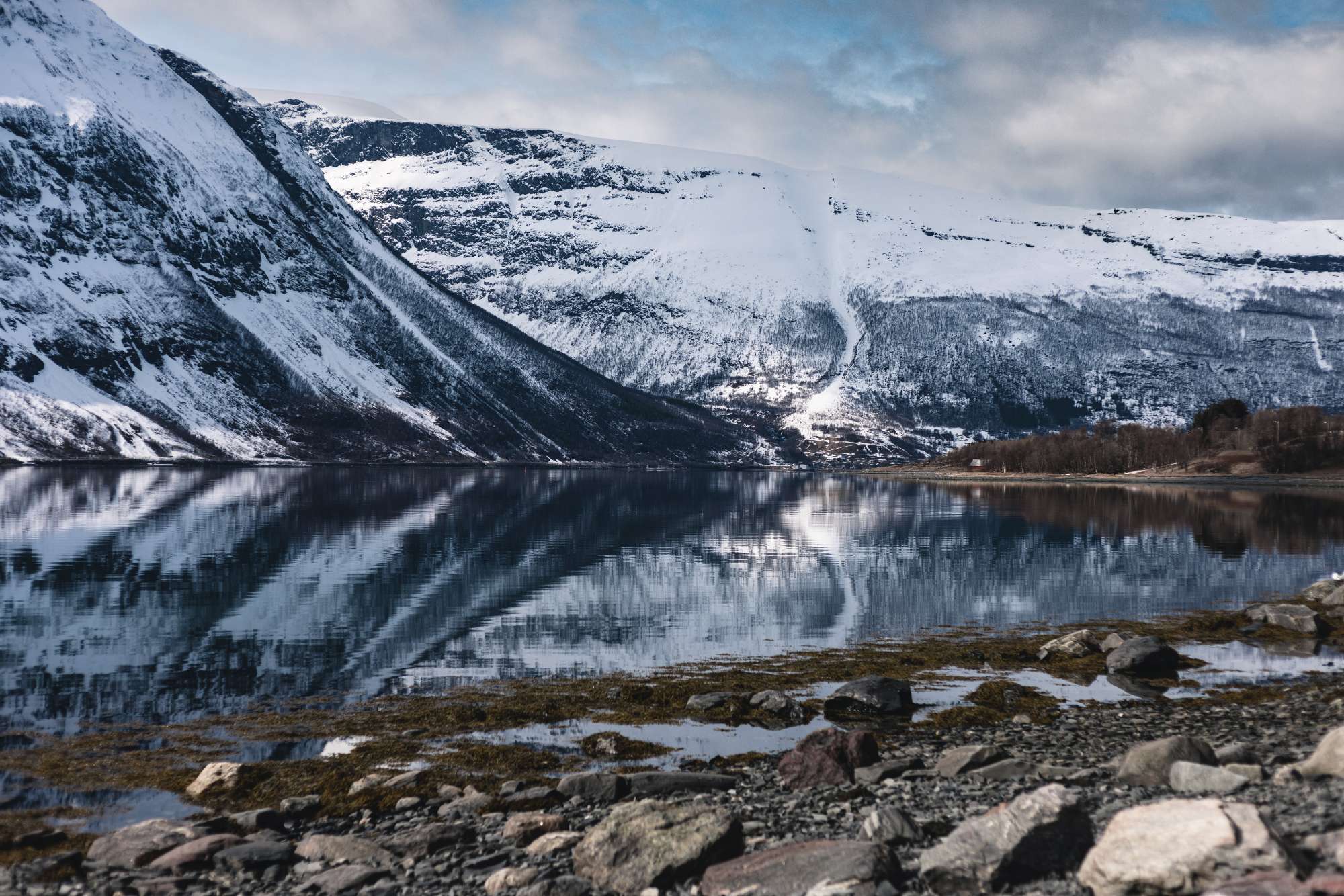 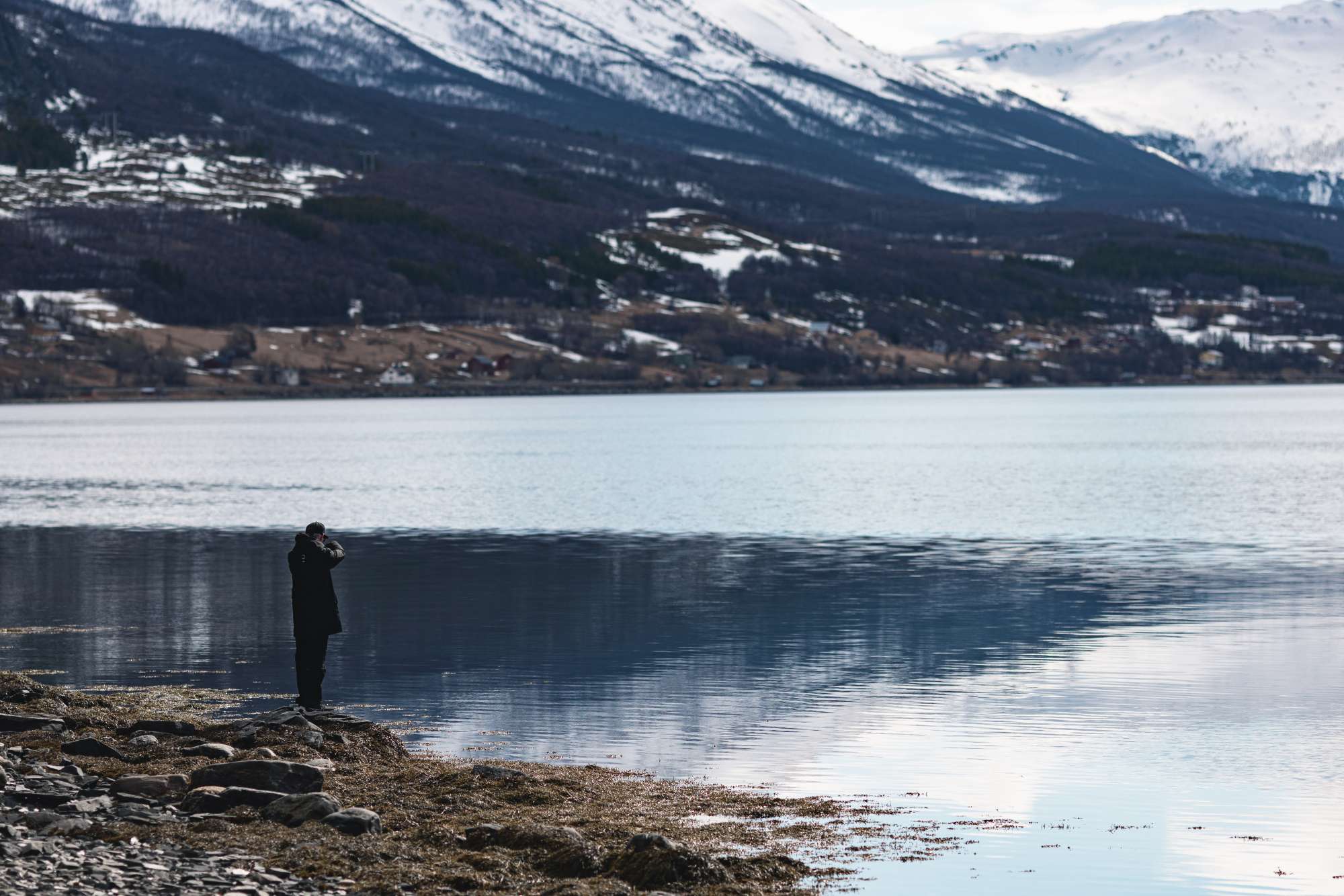 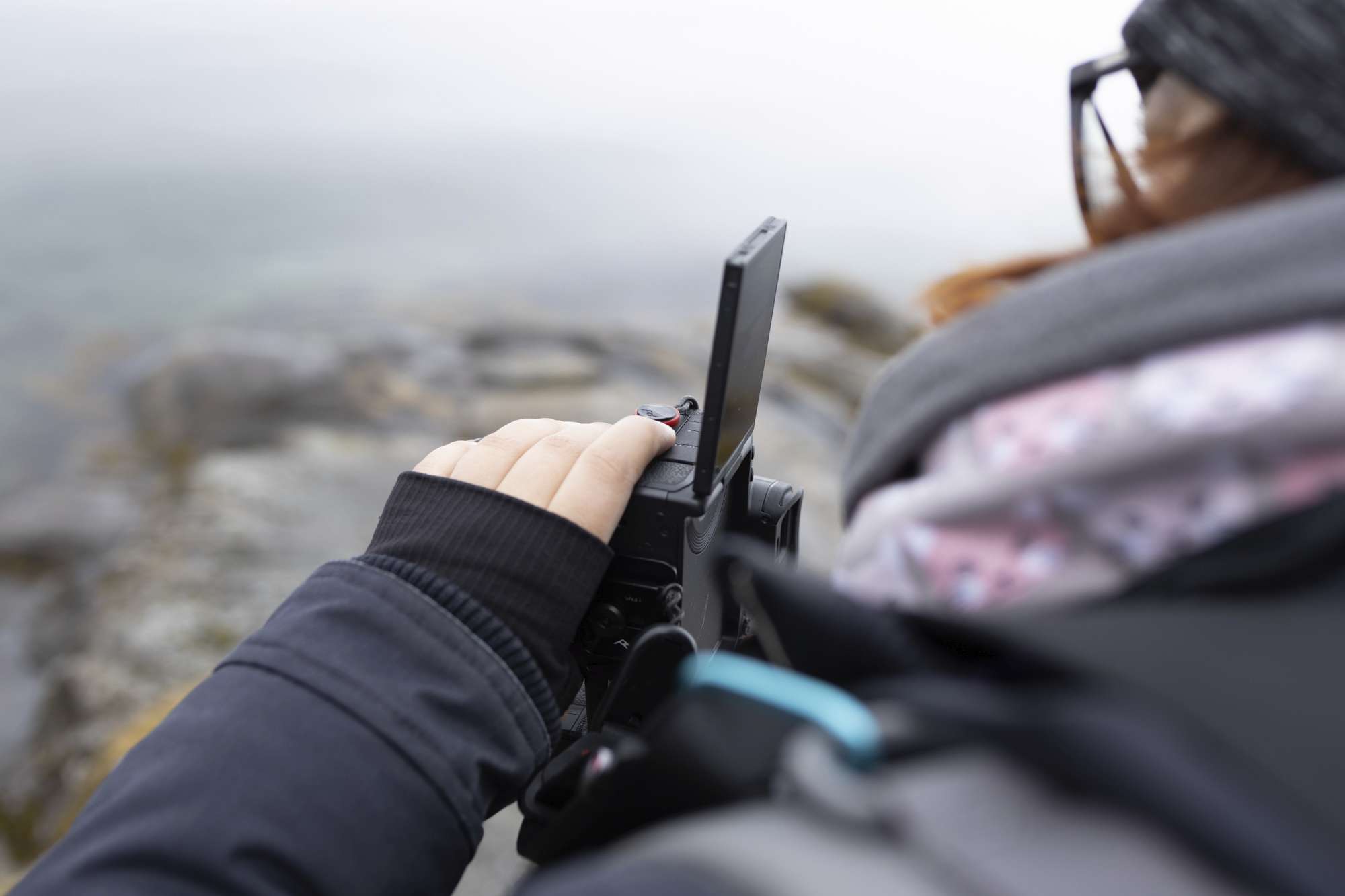 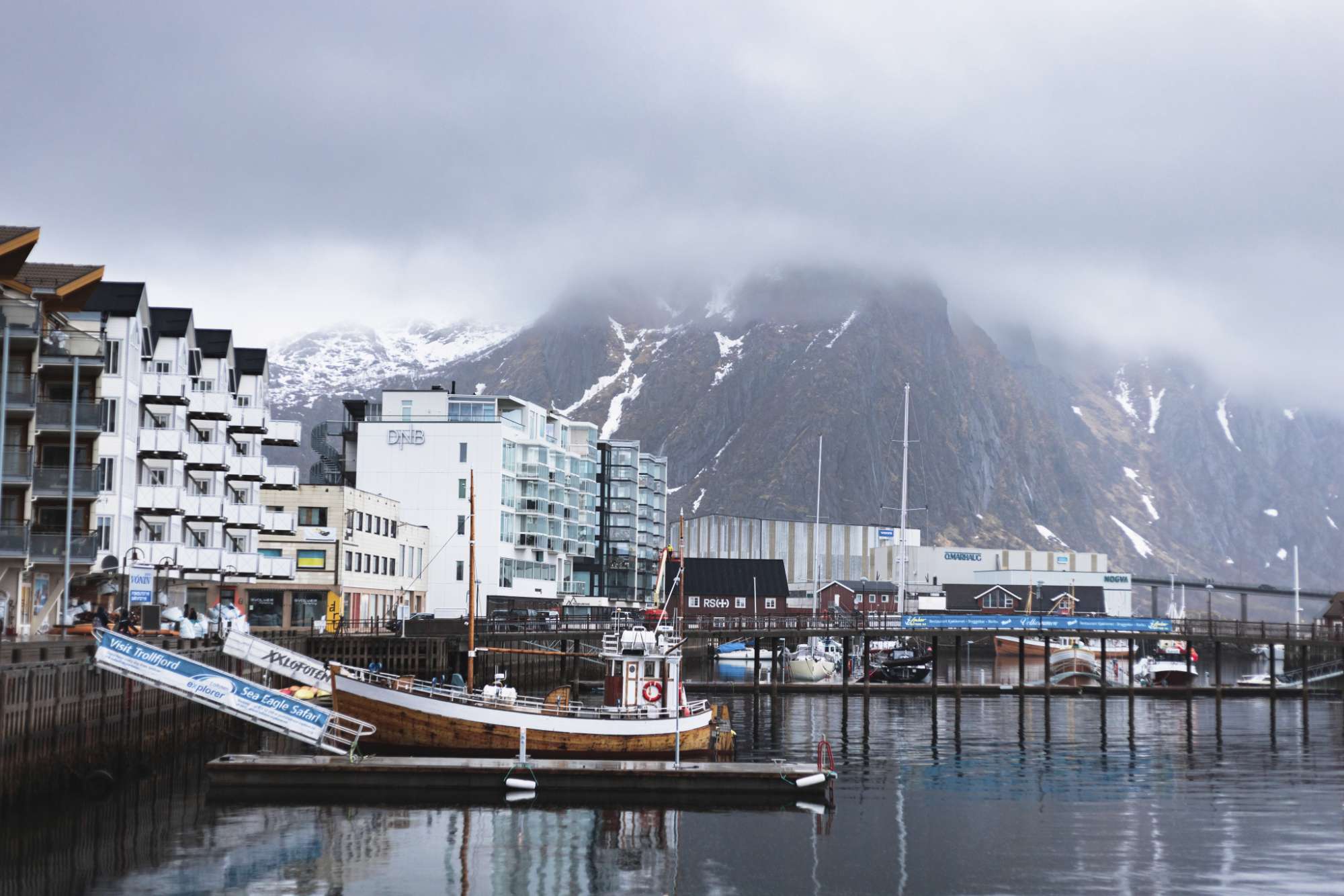 We drove through Lofoten, which we only saw a bit of because of our tight schedule. However, we enjoyed taking a walk through the tiny village and making use of the light even late in the night for photos. It was steadily getting darker the more south we got, but it was still brighter than in Denmark at that time. 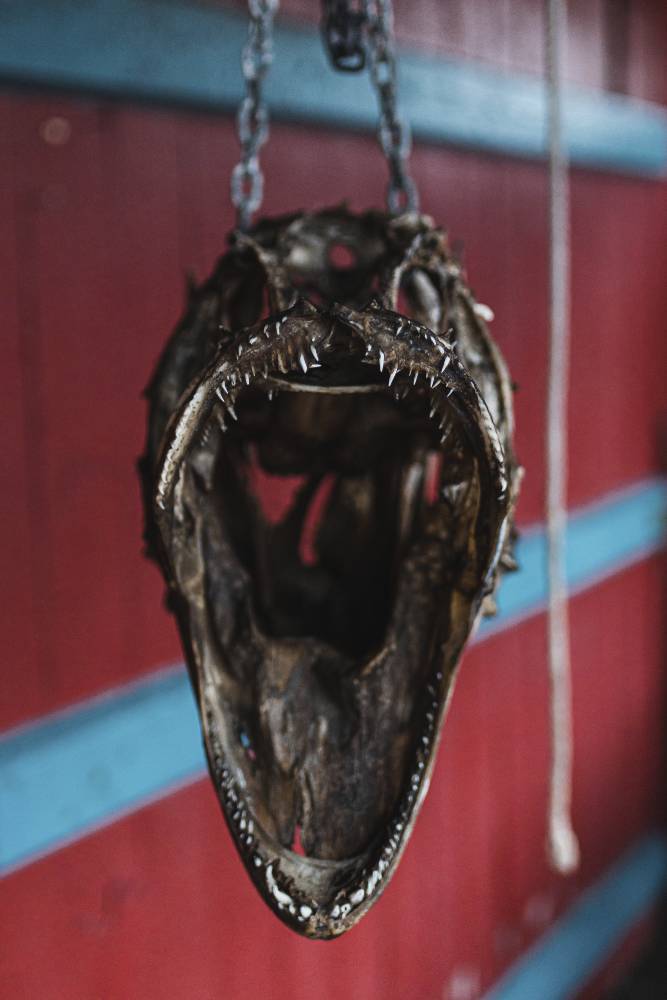 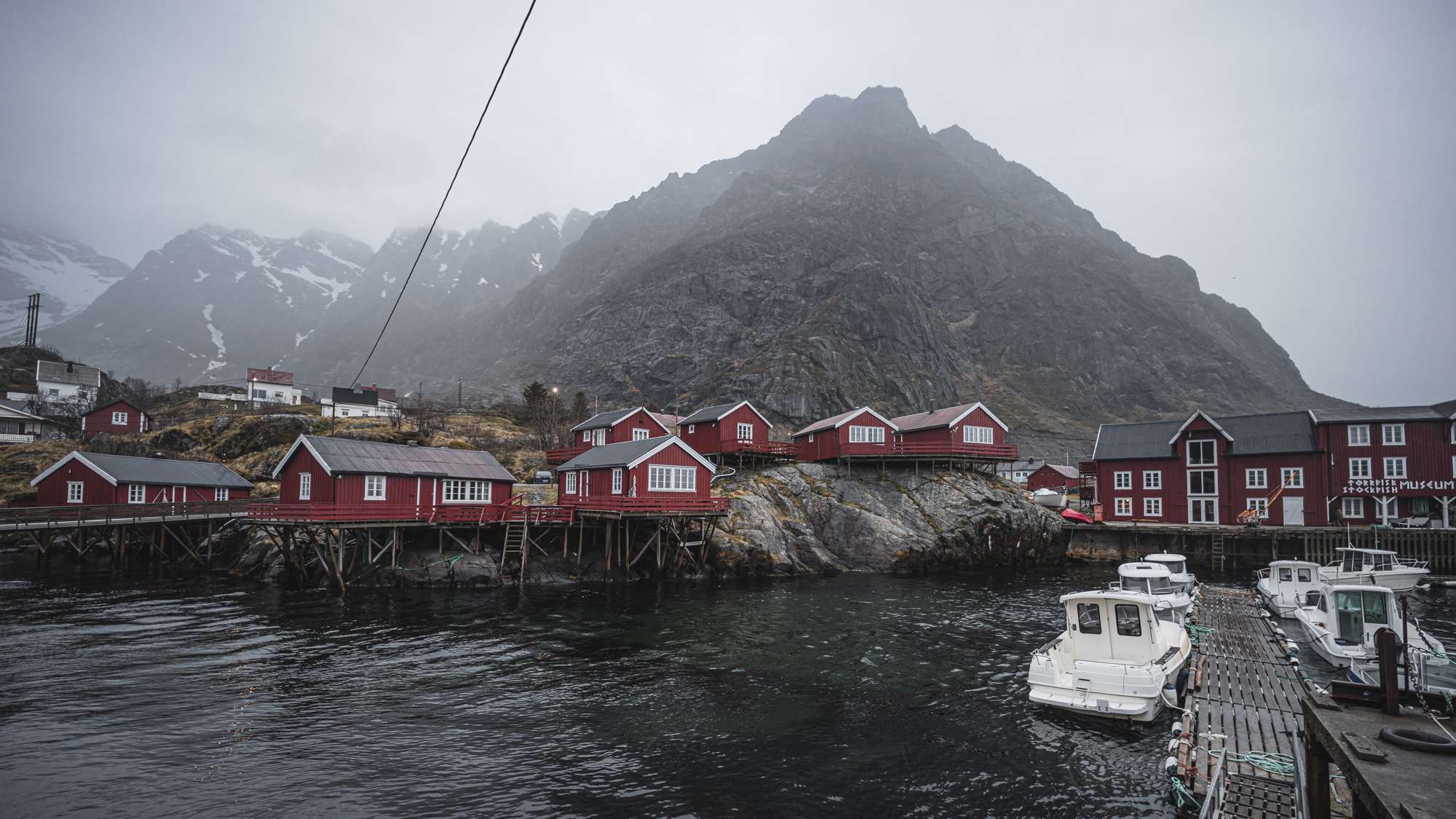 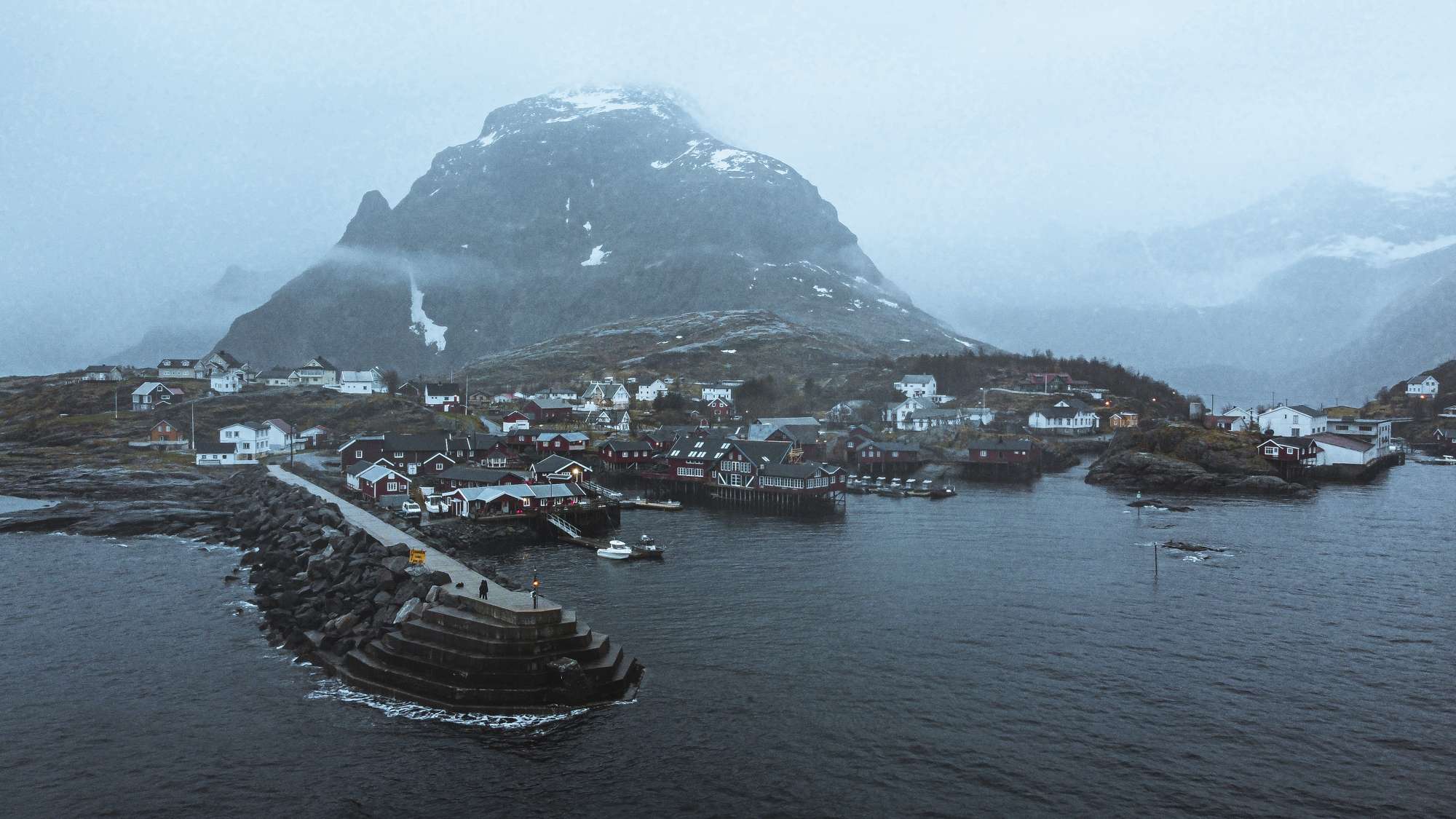 After Lofoten, the landscape turned greener, the towns bigger and the roads busier. There were small waterfalls rushing down the mountains and the rivers were full because of thaw. 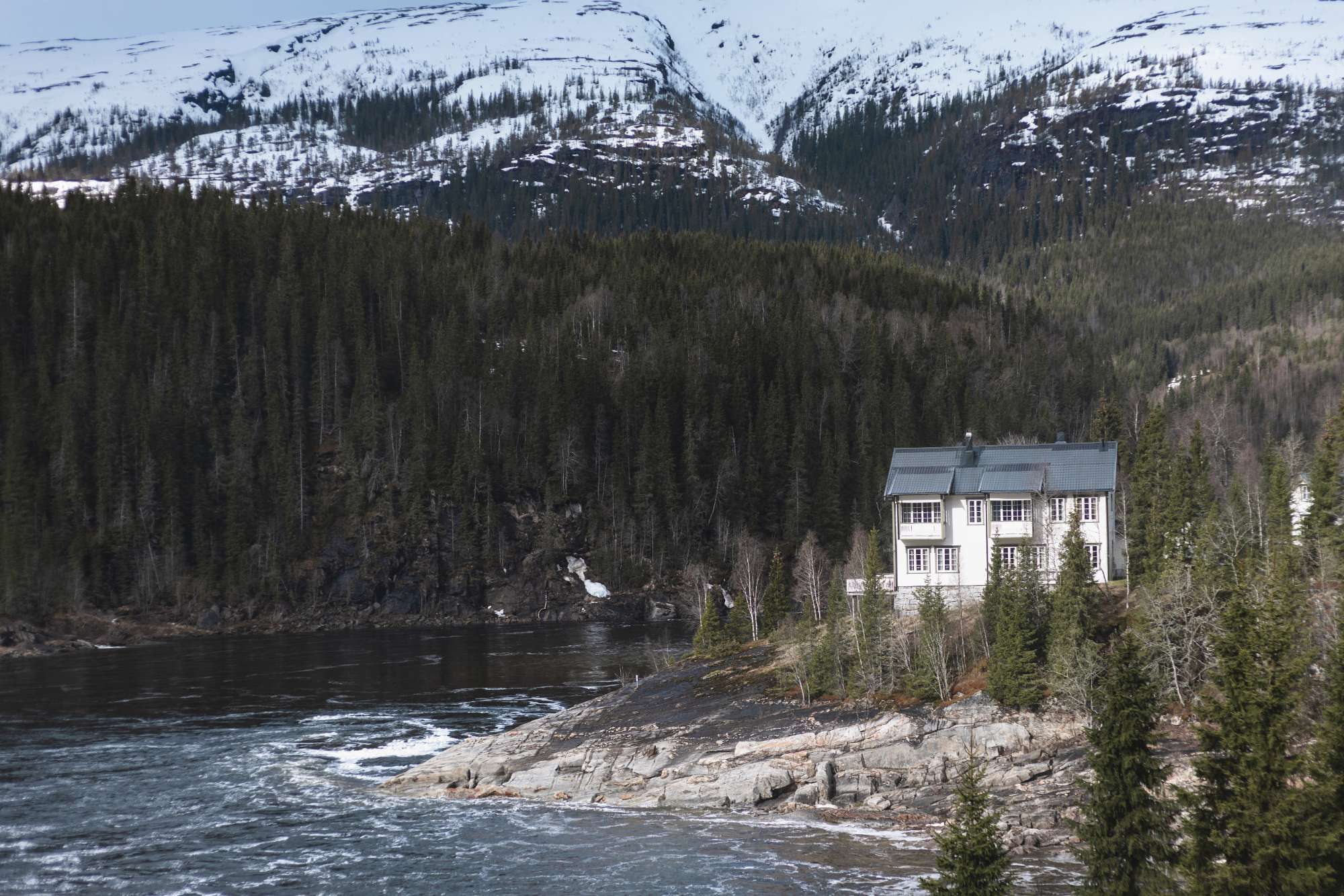 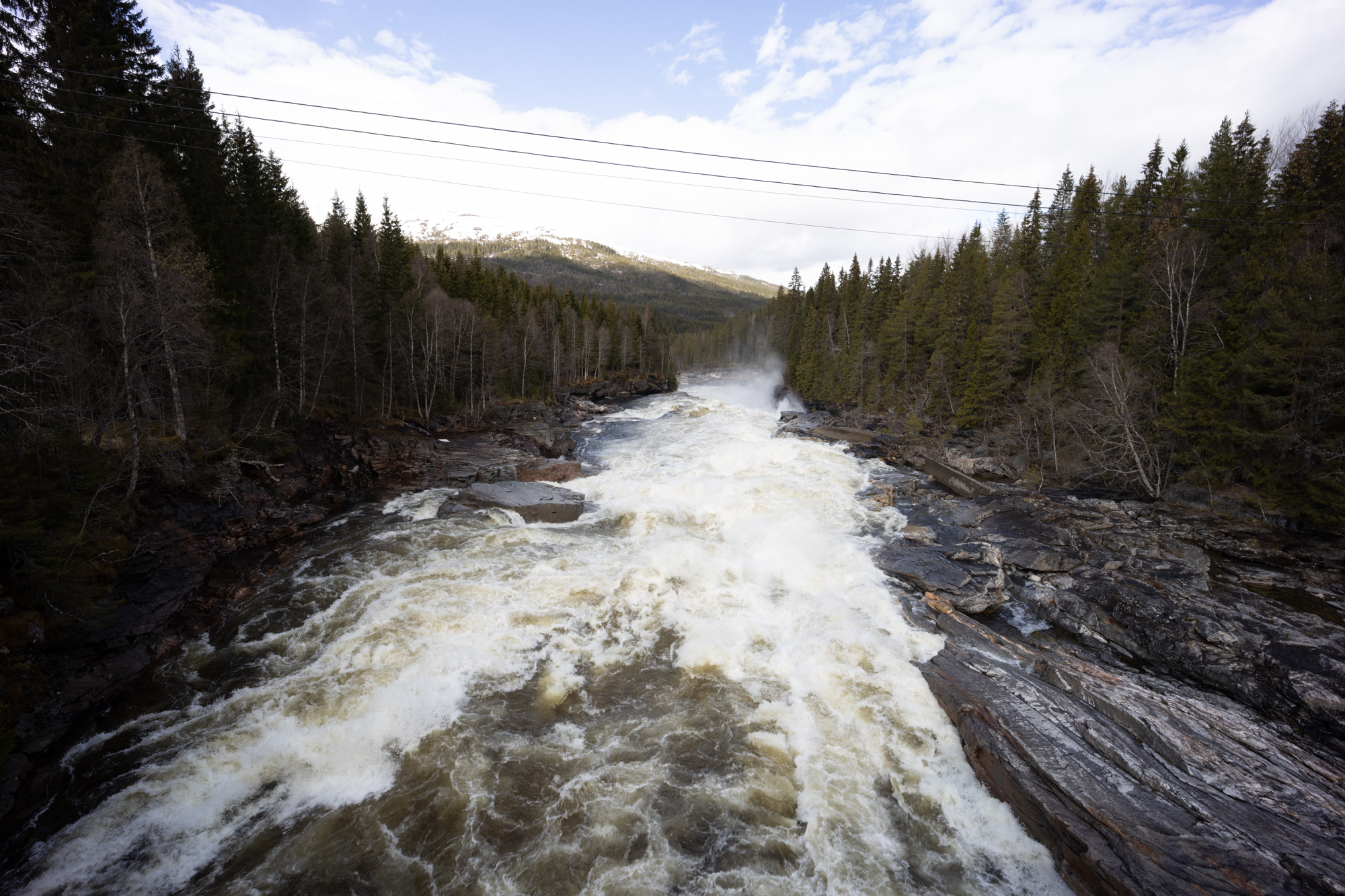 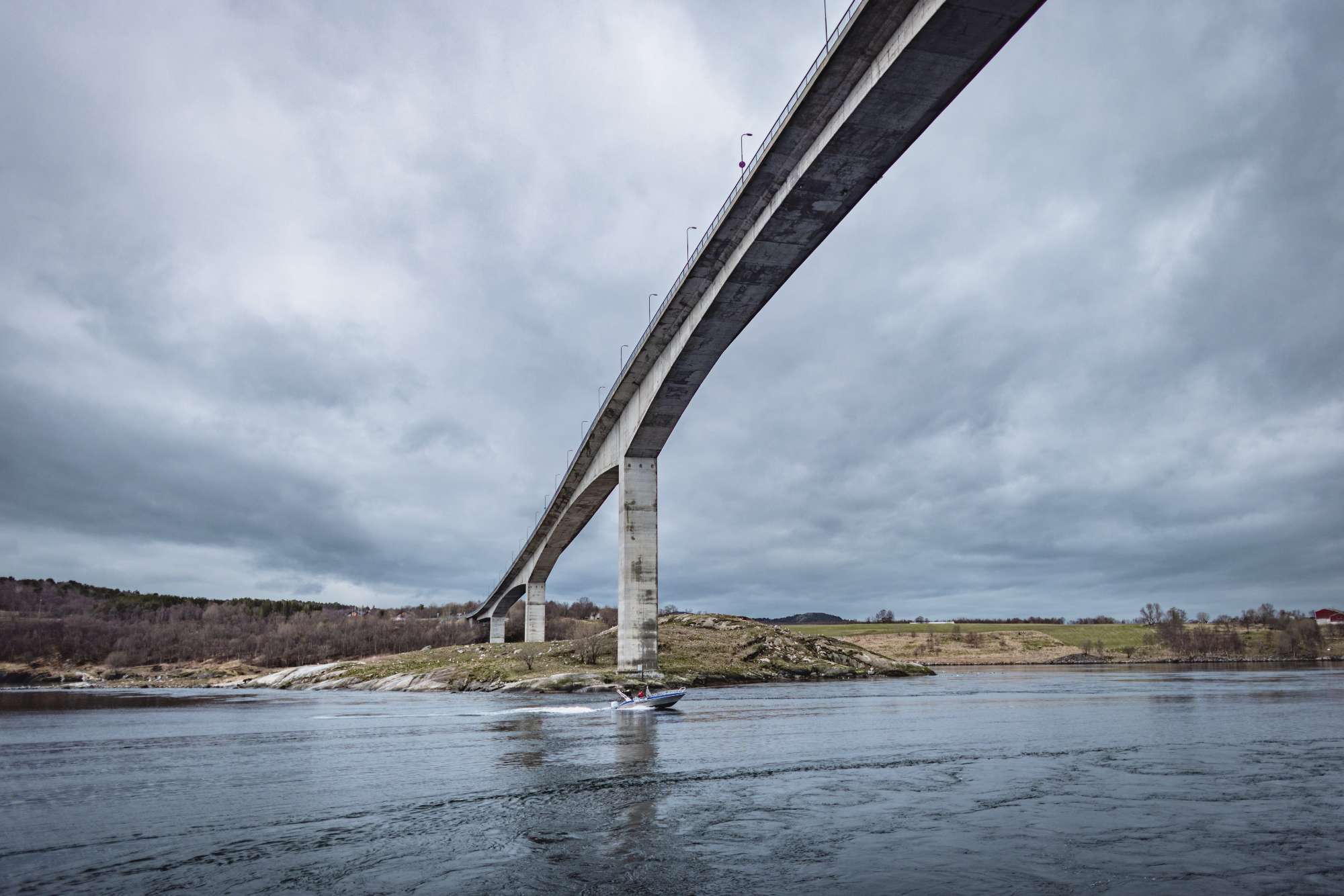 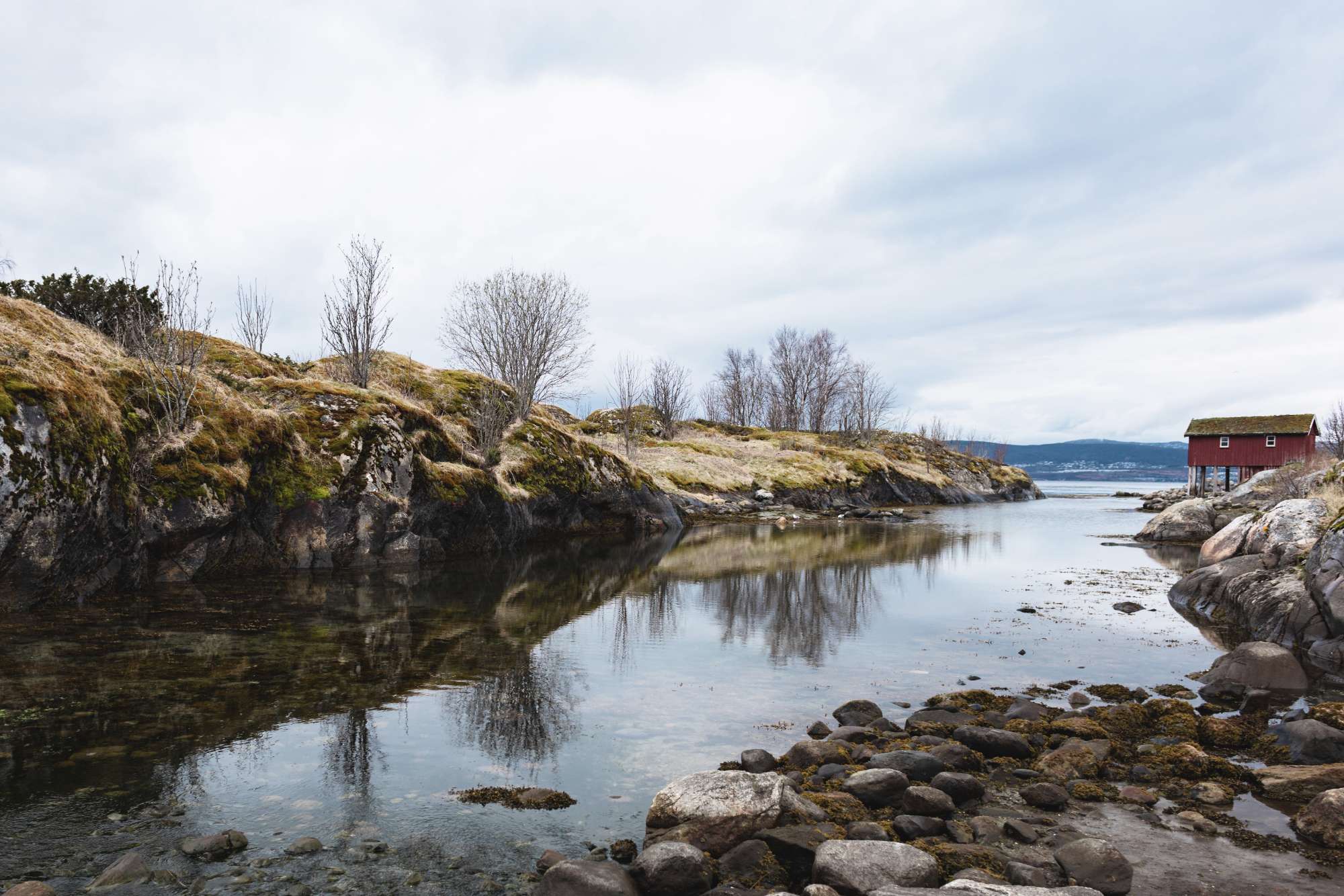 Nature started to remind me a lot of Sweden, where I've spent a lot of summers, so while I still enjoyed it a lot and it was pretty, it wasn't as new and impressive as the north of Norway had been to me. 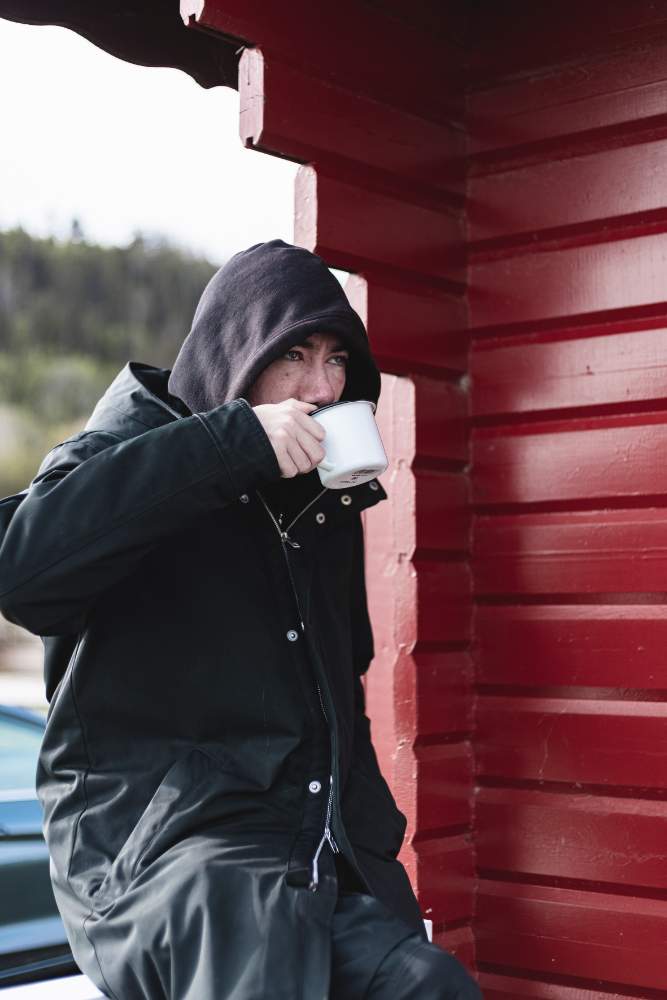 Jonathan posing for the proper outdoor-vacation-breakfast-coffee-shot drinking homebrewed instant coffee out of his North Cape-cup in front of the hut we stayed in for the night. 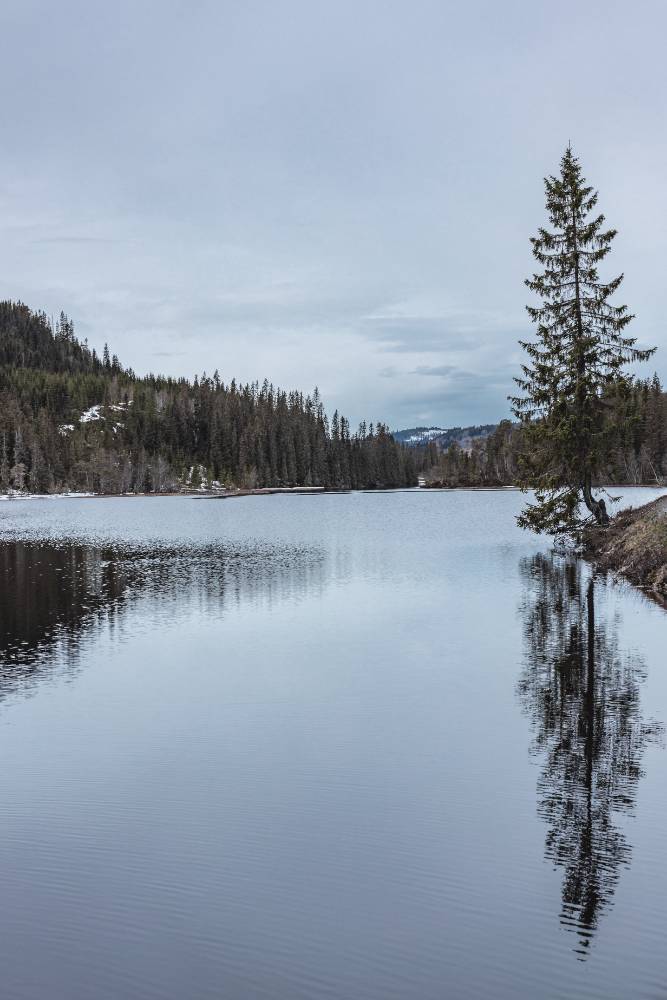 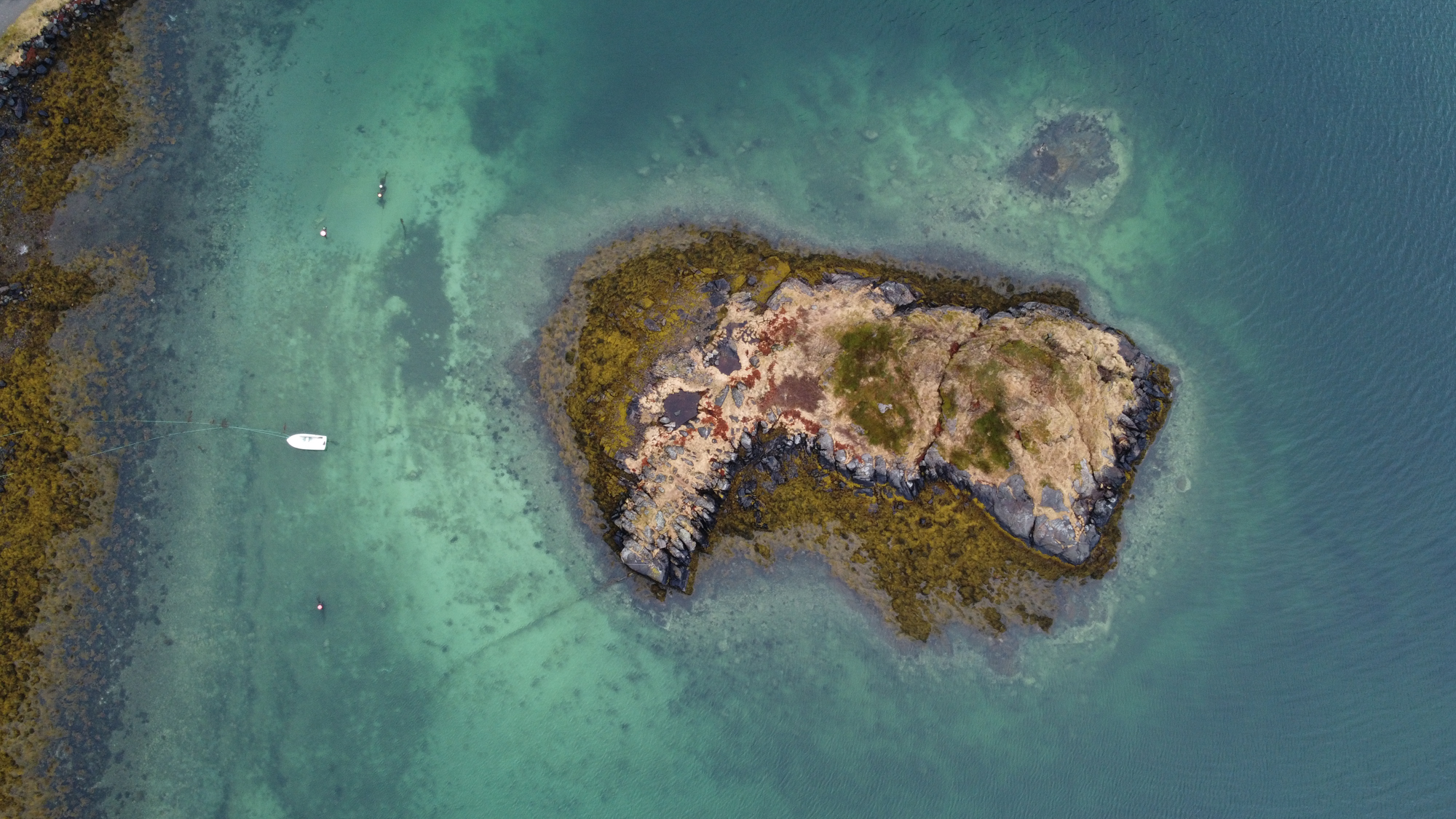 The drone revealed an almost tropical color gradient in the water here. 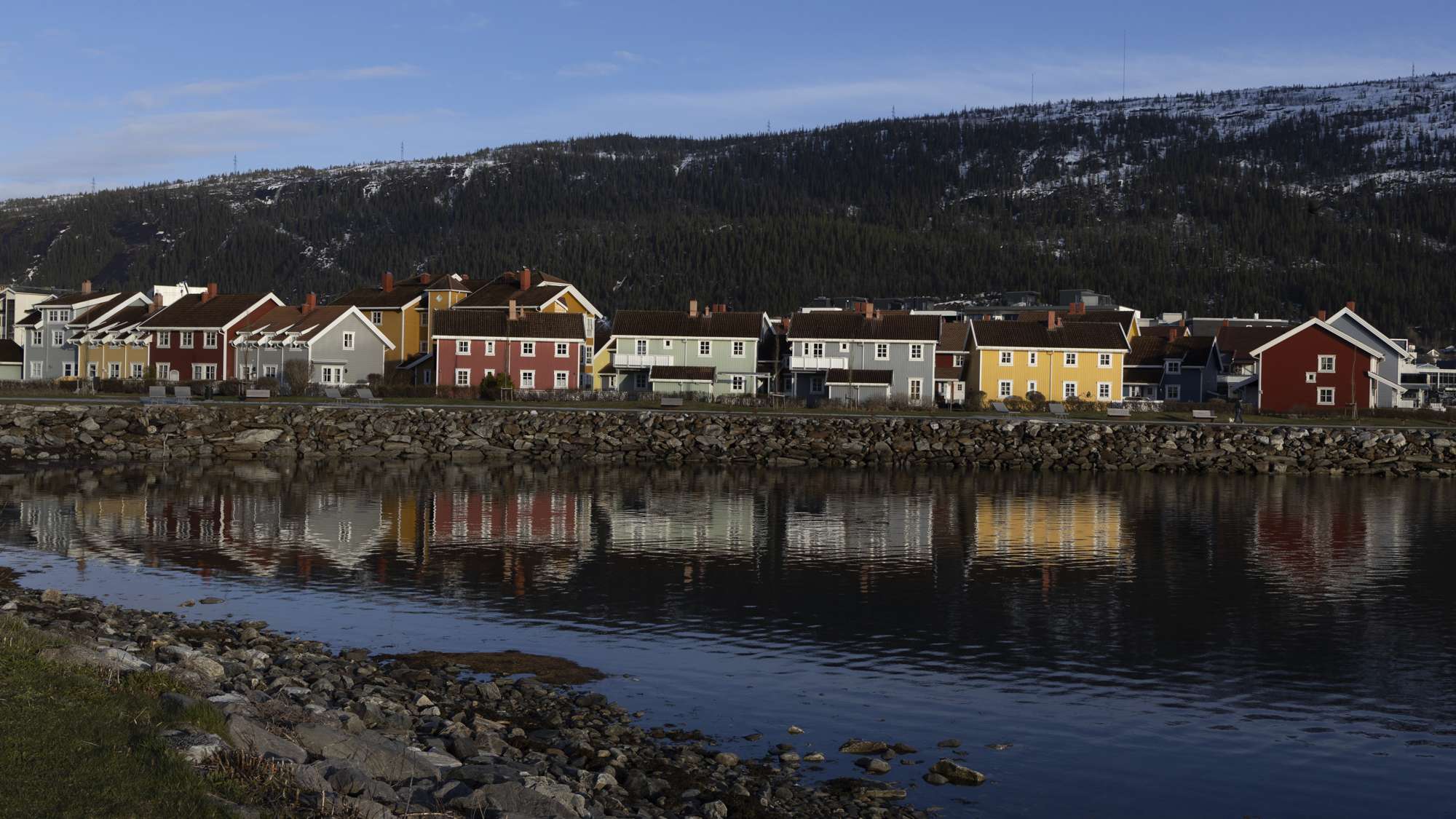 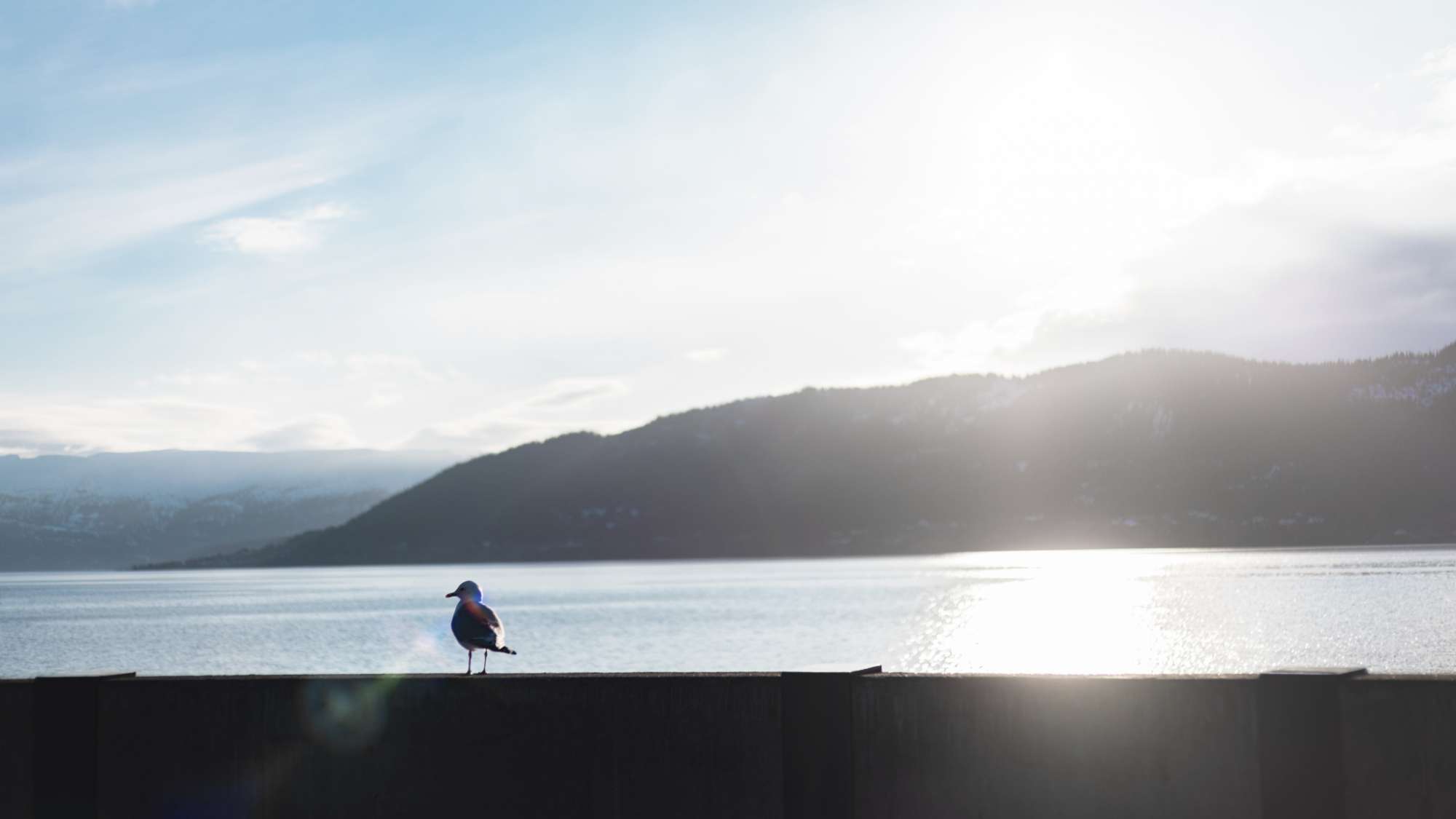 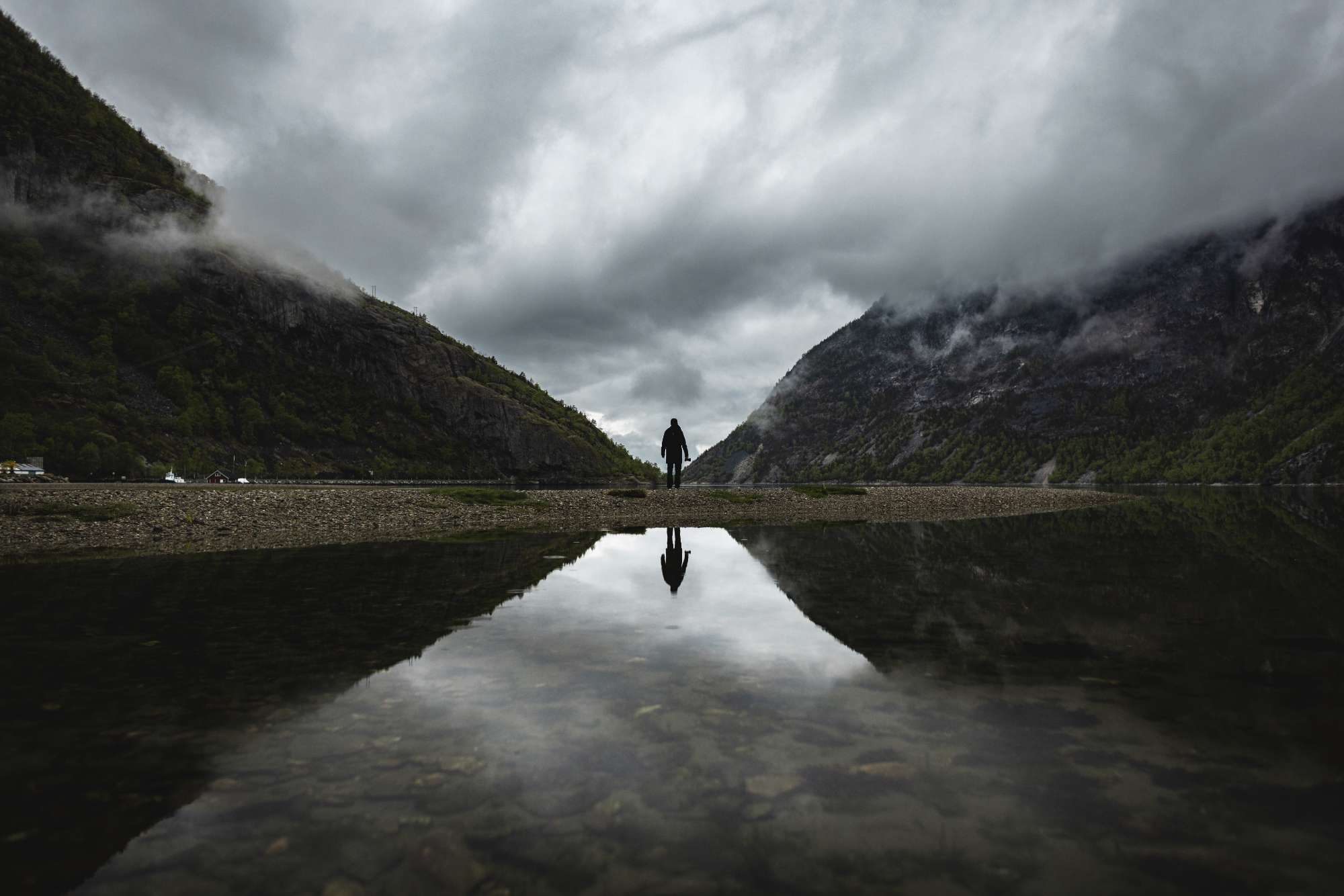 This was our last morning (7am) in Norway. The camping site was at this beach and right before leaving to head to Oslo for the ferry, we noticed how calm the water was. It looked very inviting for a quick swim - until you put your toe in and almost freeze it off immediatly!

The trip ended with us arriving in Denmark in the first days of summer. Everyone was out and about in t-shirts and shorts while we were sweating in our big winter coats on the way home and almost missing the calm and quiet of of the past days.