Our villa was in the South of the island, in the shade of the mountain Mount Ainos. This meant, that we actually never saw a full sunset if we wouldn't move to another side of the island. According to Google, the Lighthouse of Saint Theodoroi near Argostoli made a perfect location for photos of the setting sun, so that's where we went.

The lighthouse is built on a small island that can be reached by a narrow asphalted way on top of the cliffs. Like so many buildings on the island, the lighthouse (originally built in 1828 by the British) got destroyed in the strong earthquake in 1953. Luckily, it was rebuilt in 1960 and is today one of the popular sights of Kefalonia. 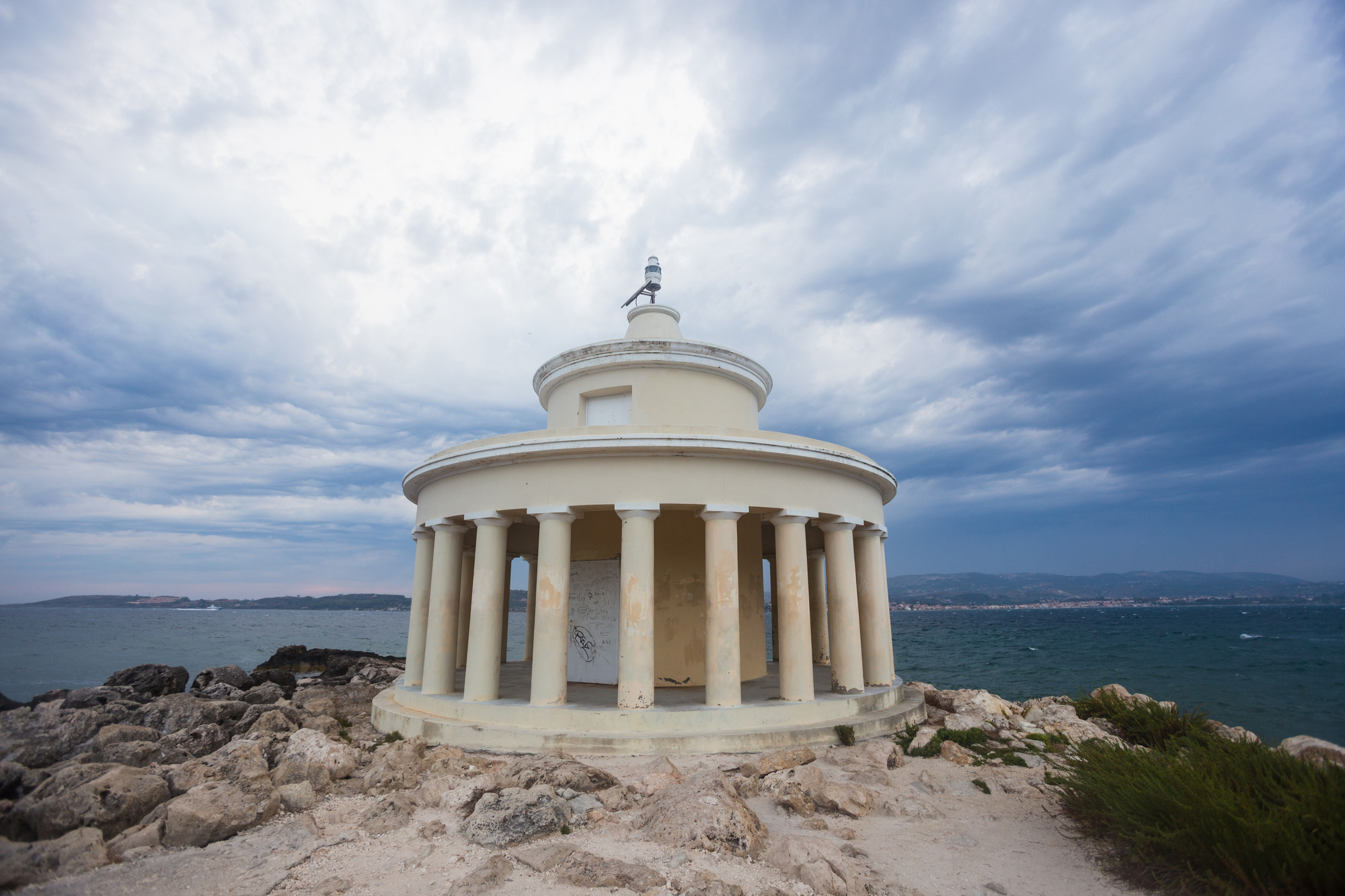 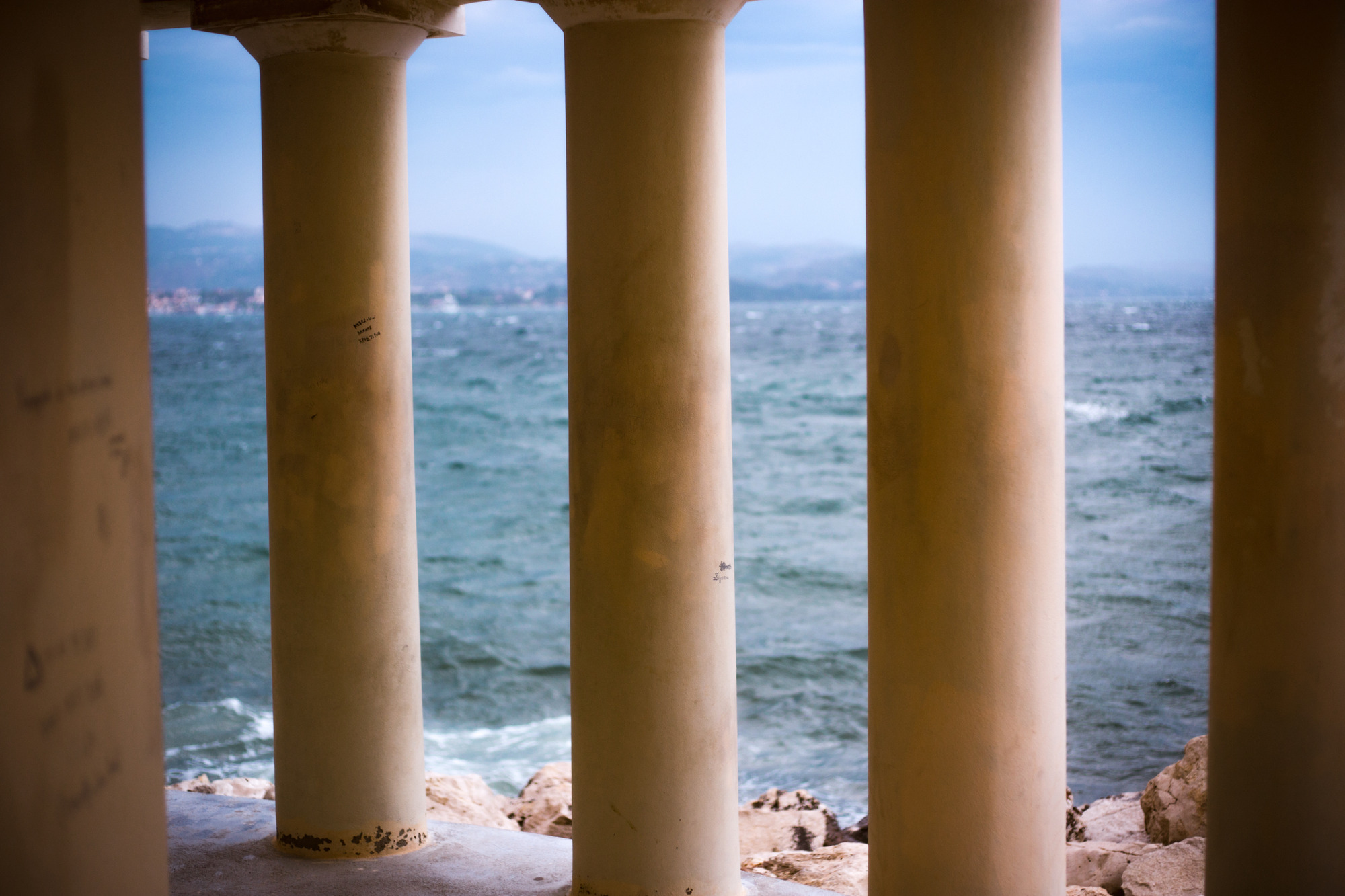 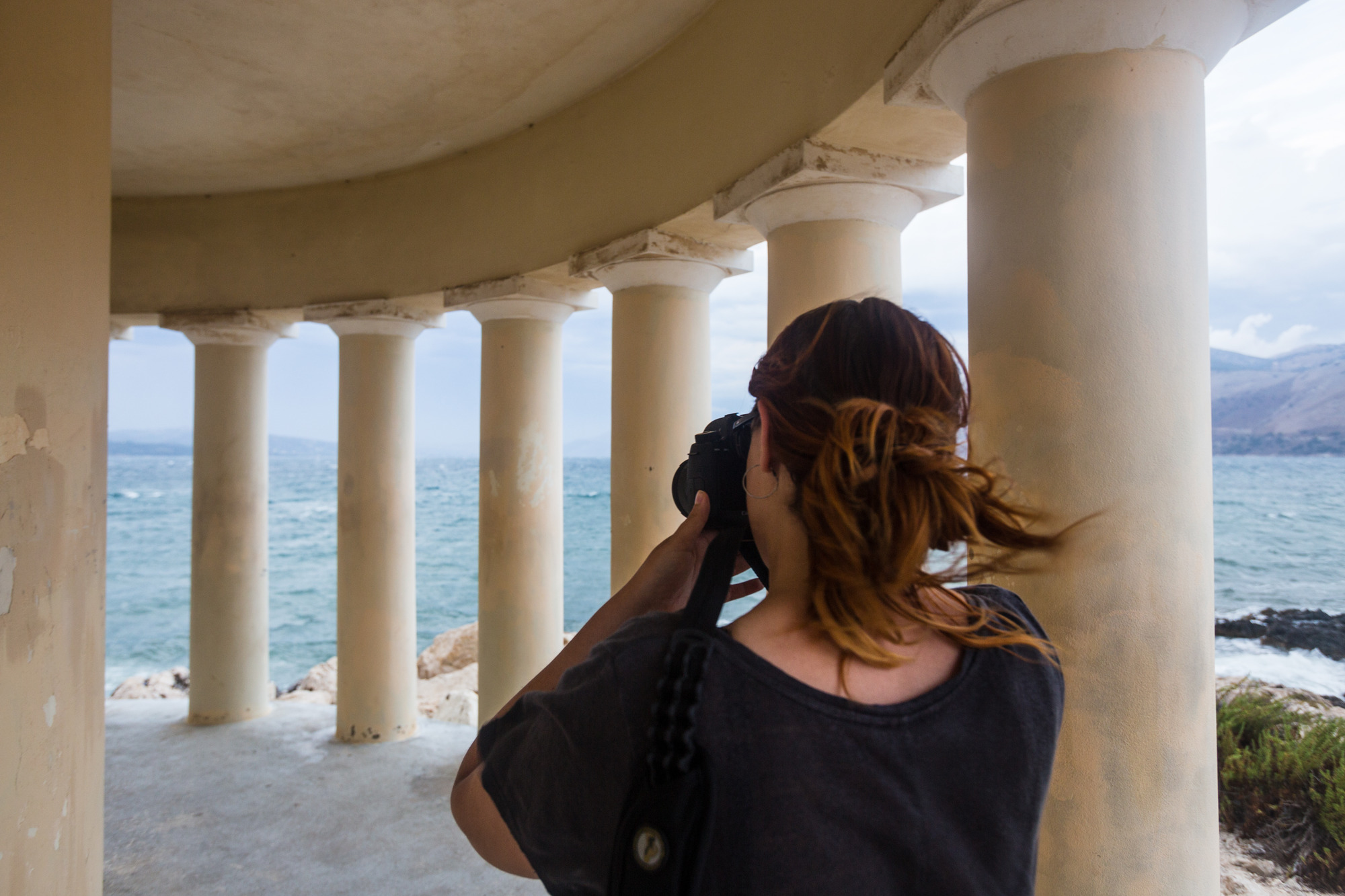 It turned out, that the day we chose for our sunset photography also was the day, where weather forecasts predicted a heavy thunderstorm over Greece. Even though we really weren't that lucky with that sunset on this vacation, we weren't really sorry.

Google has plenty of romantic sunset photos of the lighthouse, but we've got awesome storm photos, with large waves breaking on the cliffs and dramatic clouds above the island! 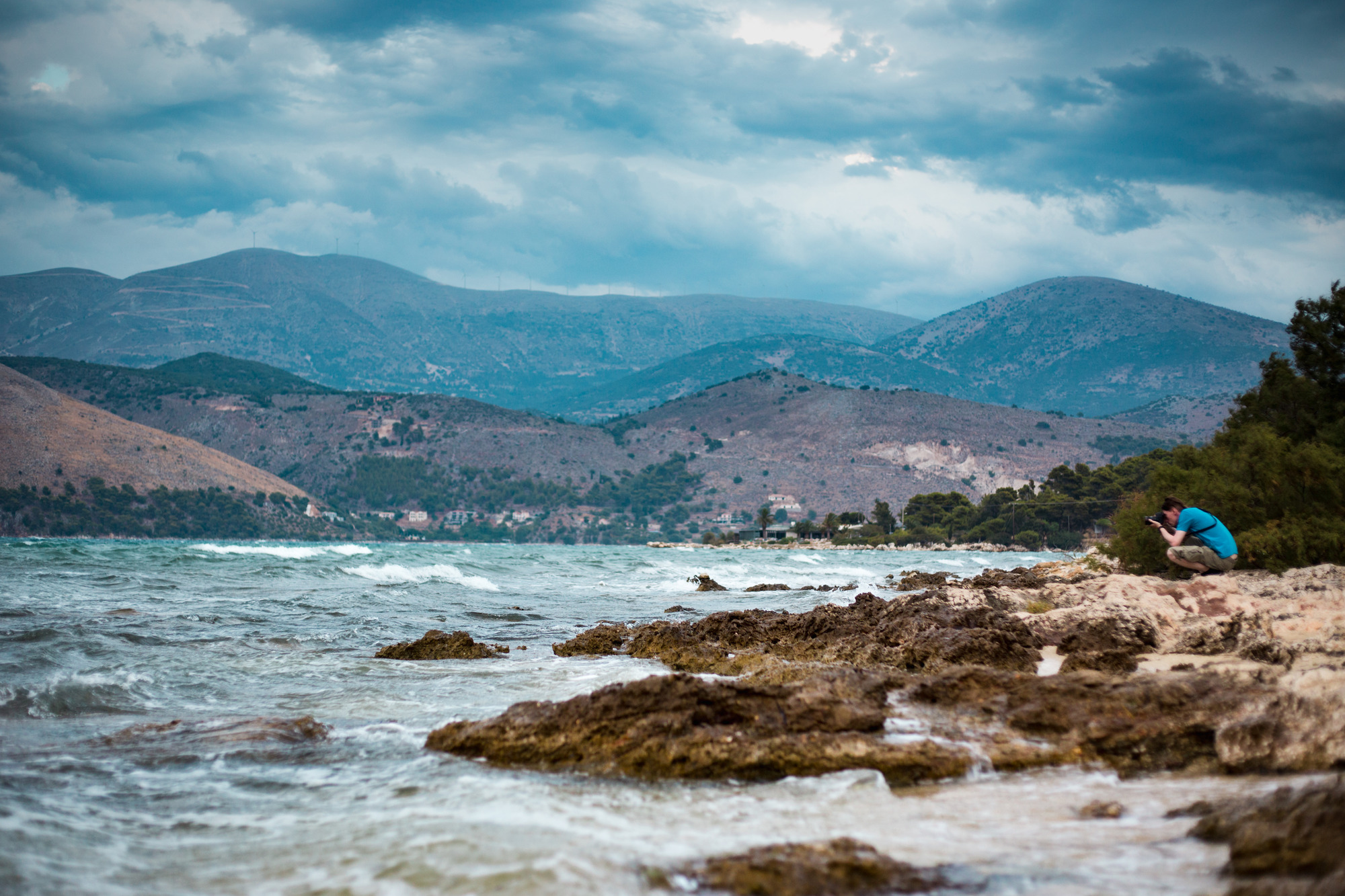 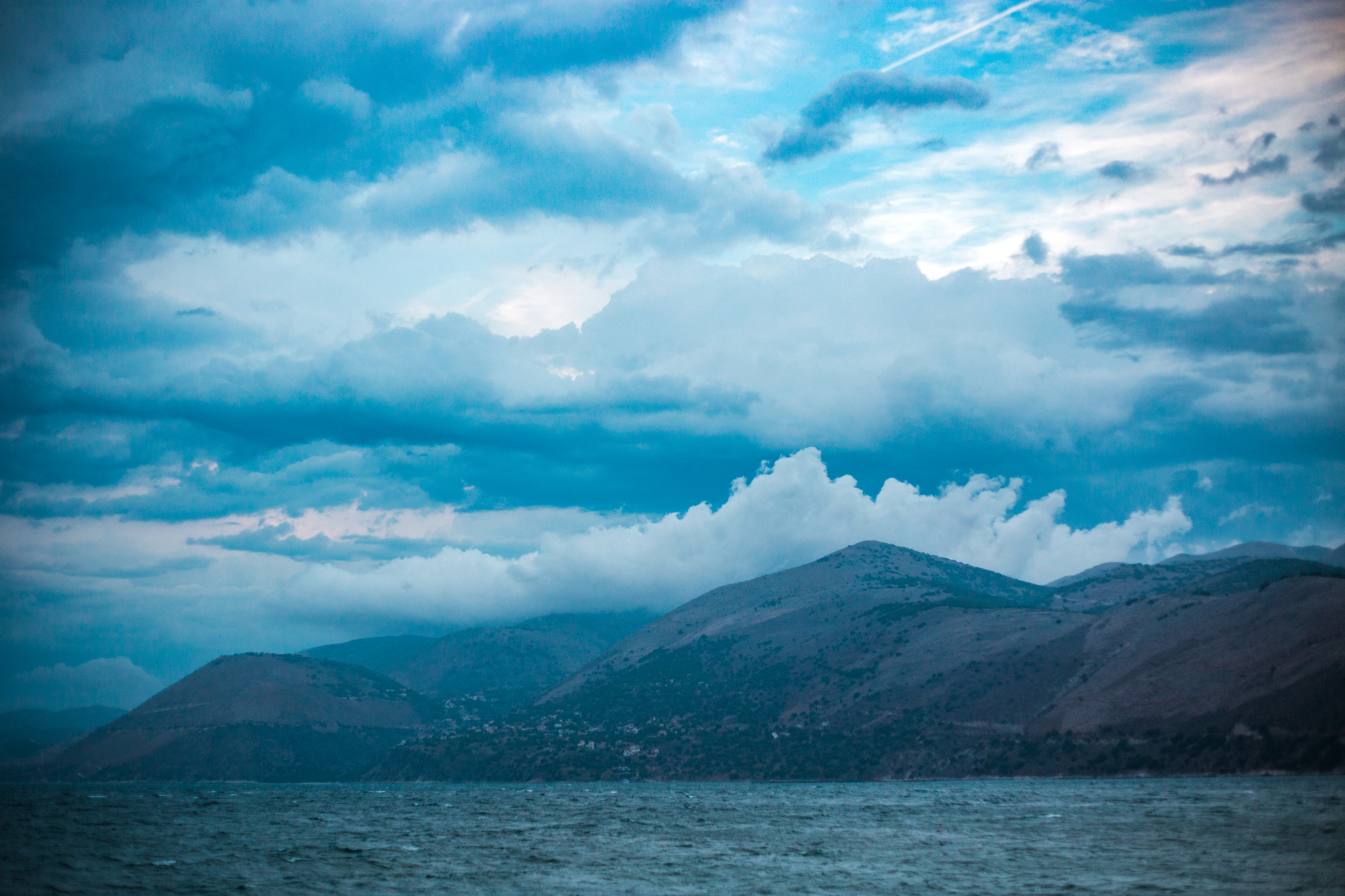 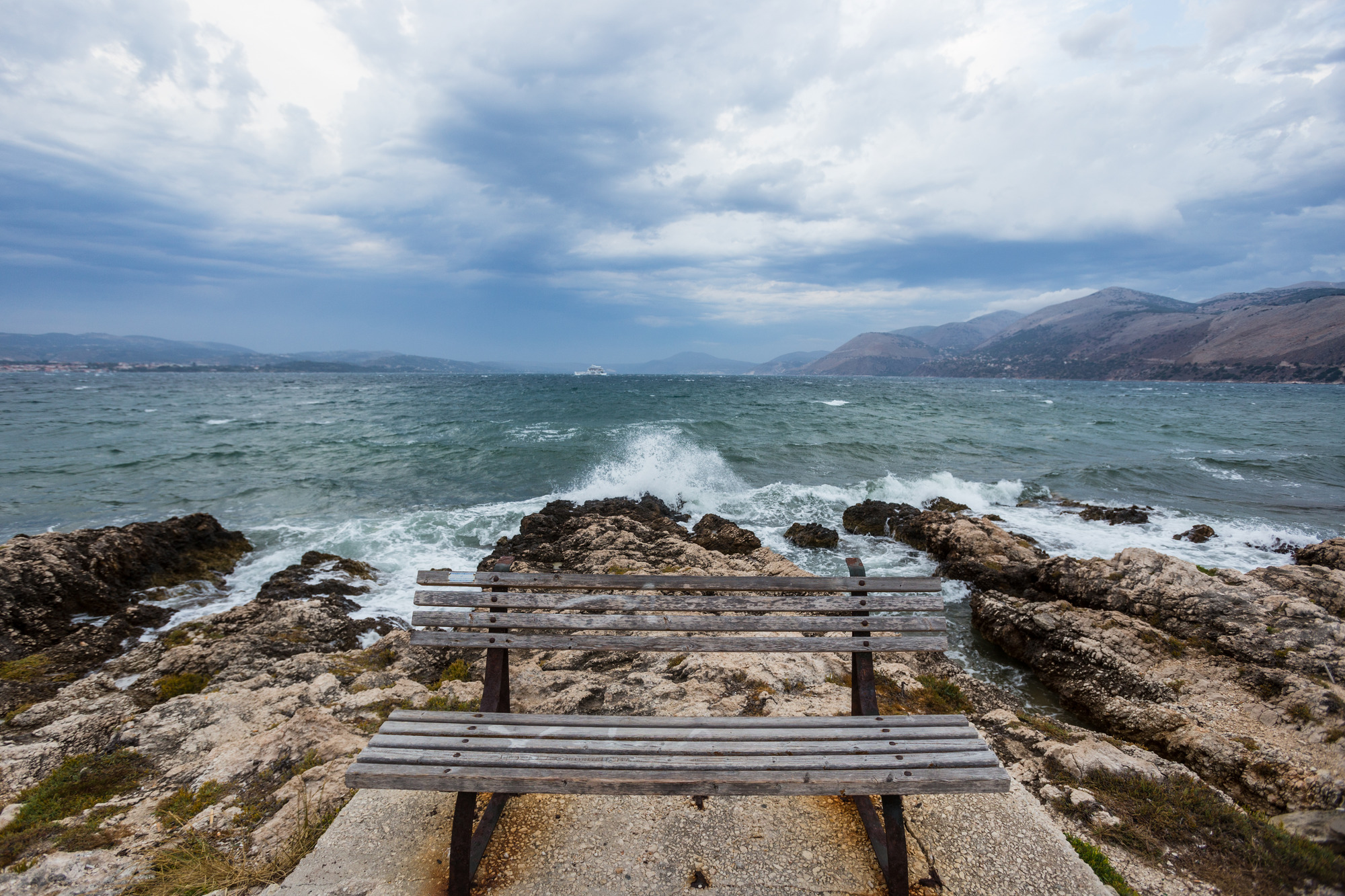 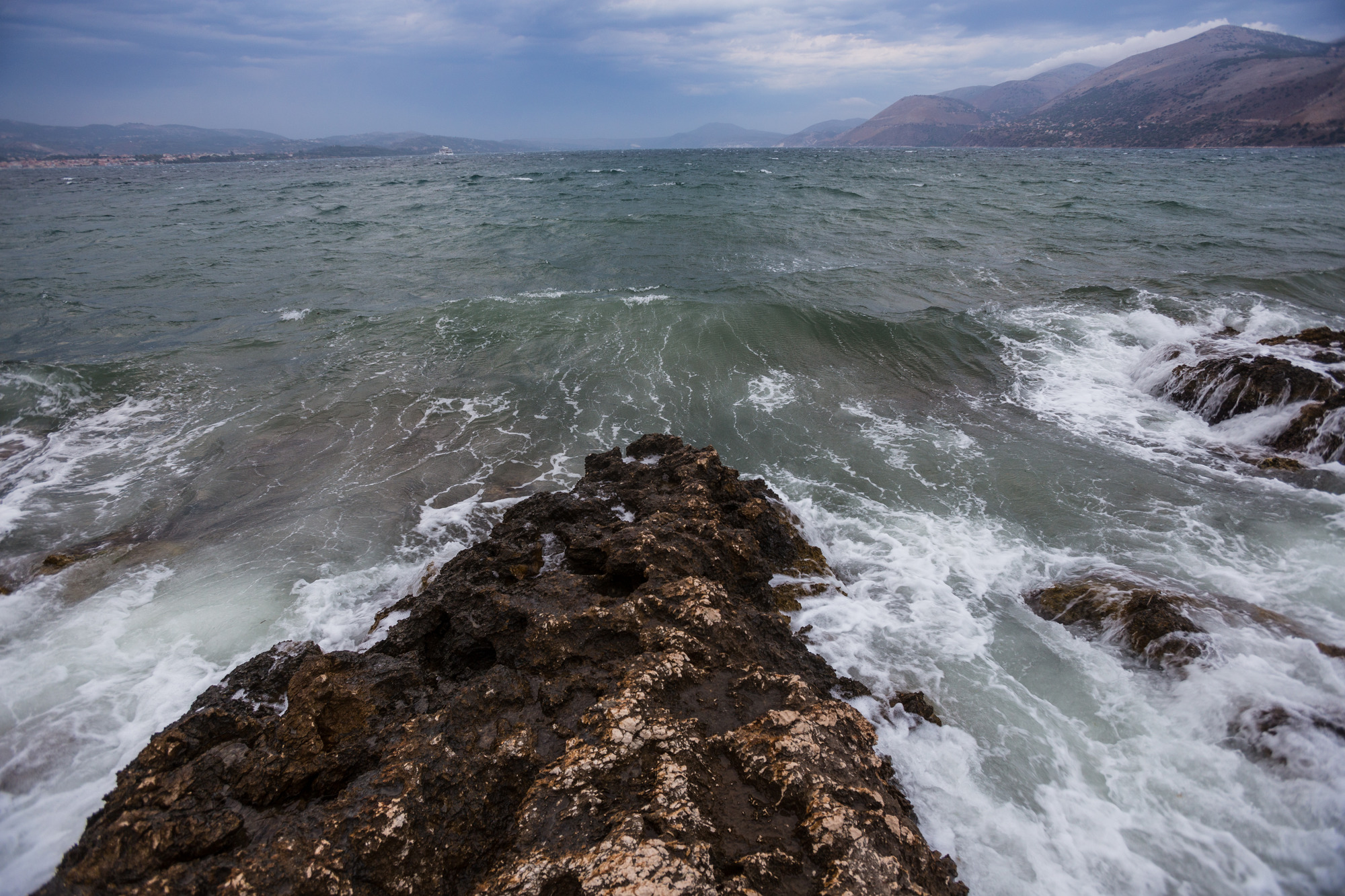 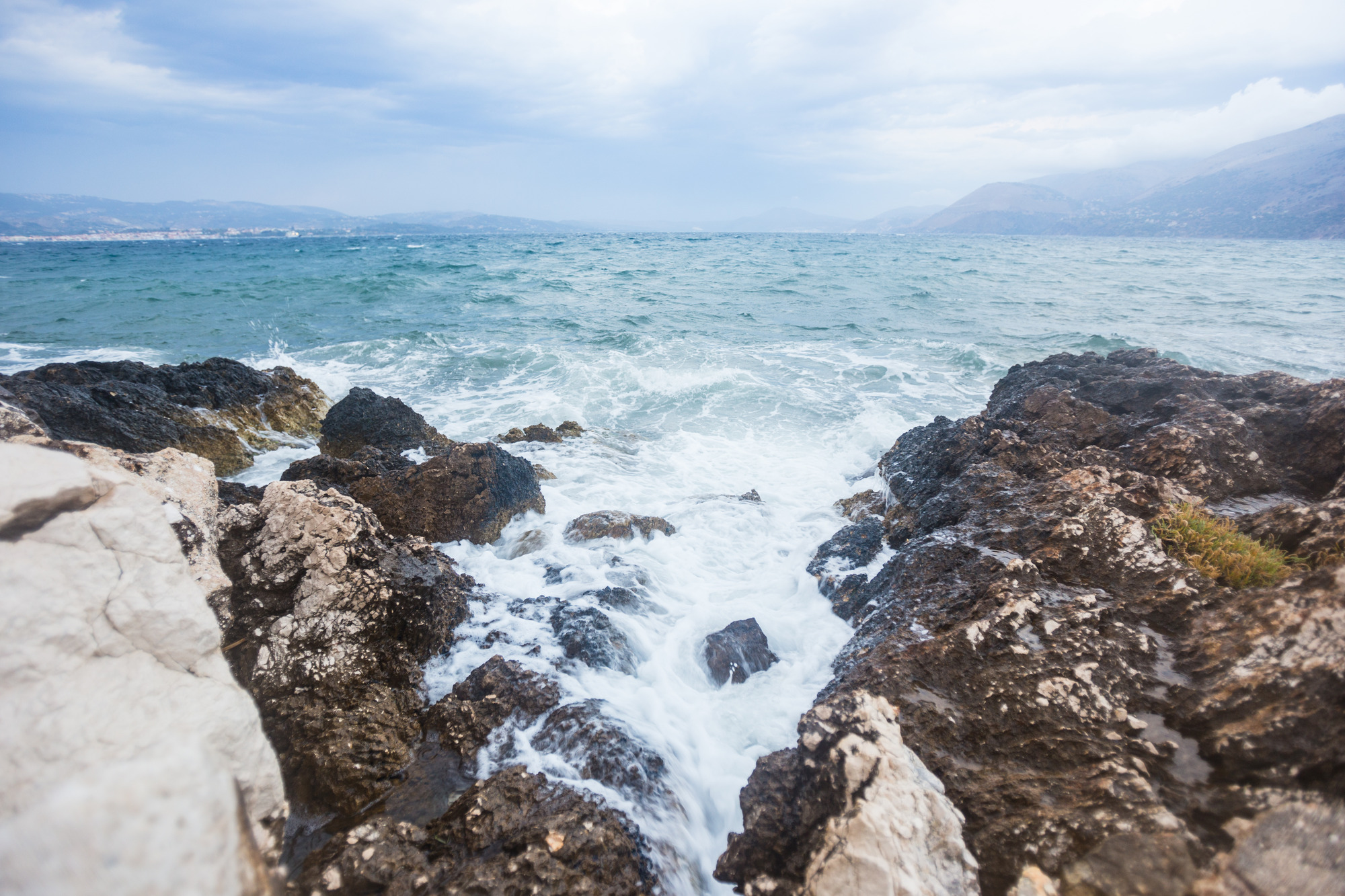 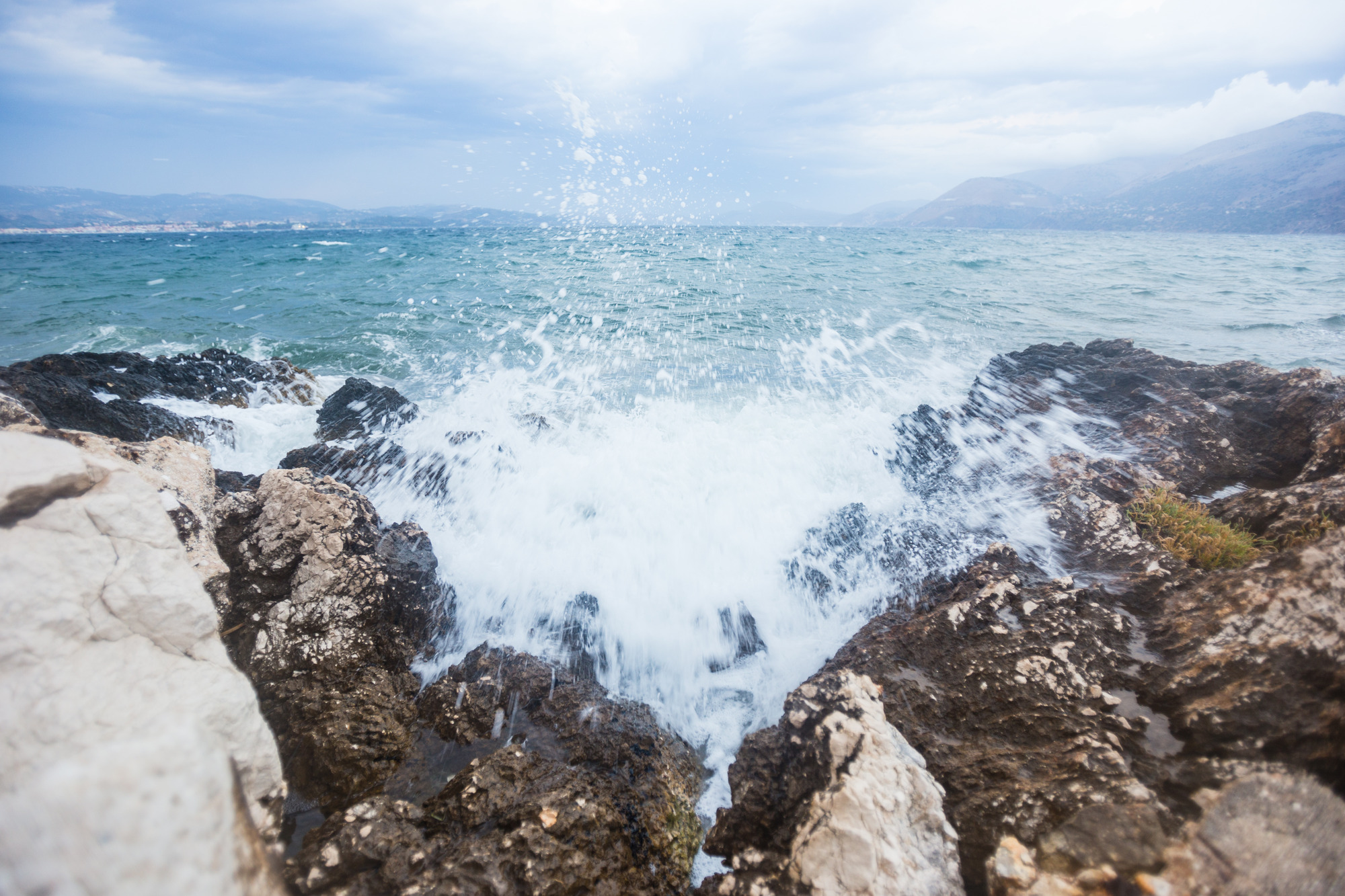 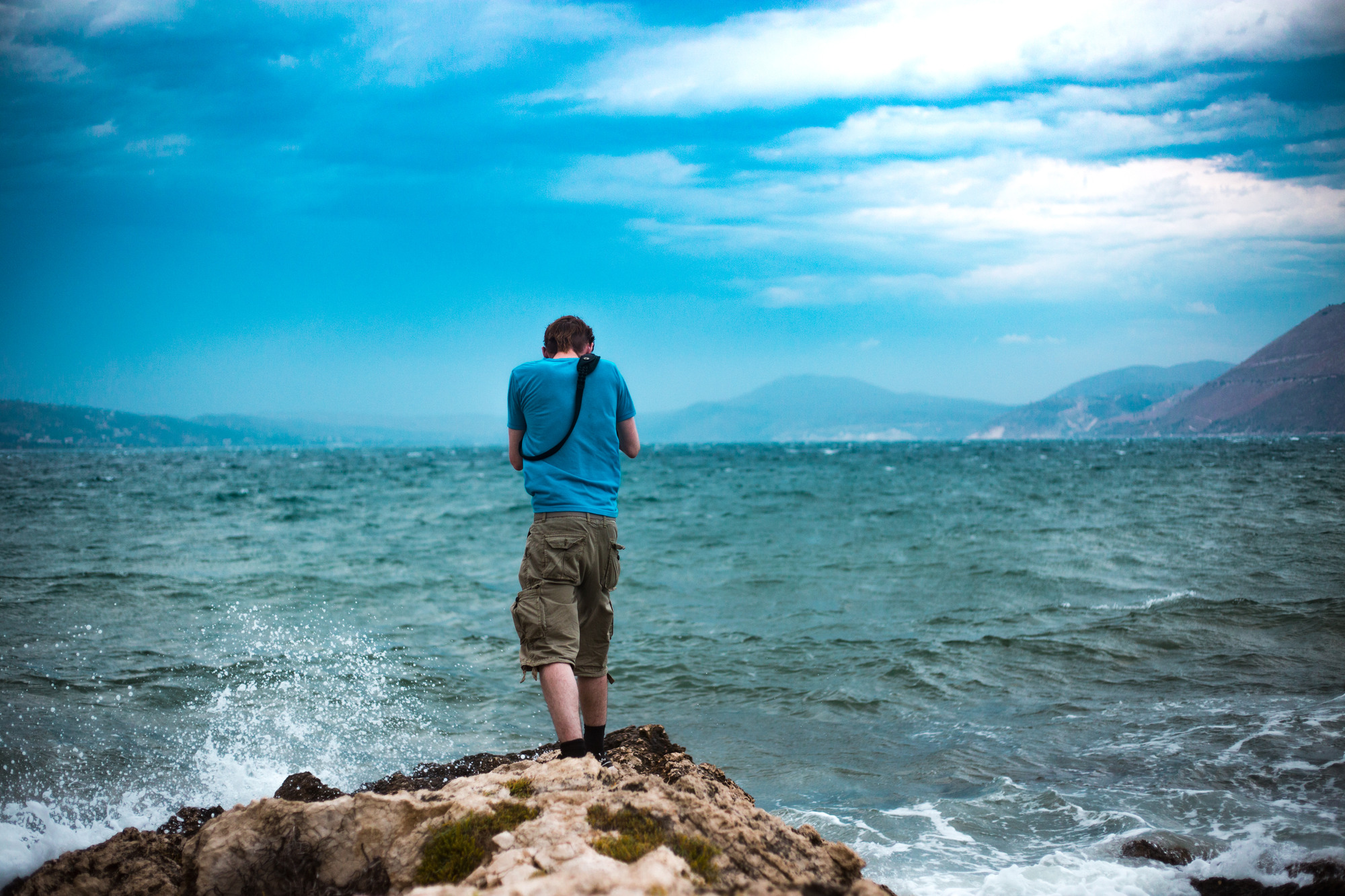 Even though there wasn't really a sunset, and even though it was really, really windy, the place was still popular. Not surpringly, we also saw two newly wed couples that got their couple shots taken shortly after each other. The weather surely made for some unique and epic wedding shots, even though the wind seemed to be a little challenging. 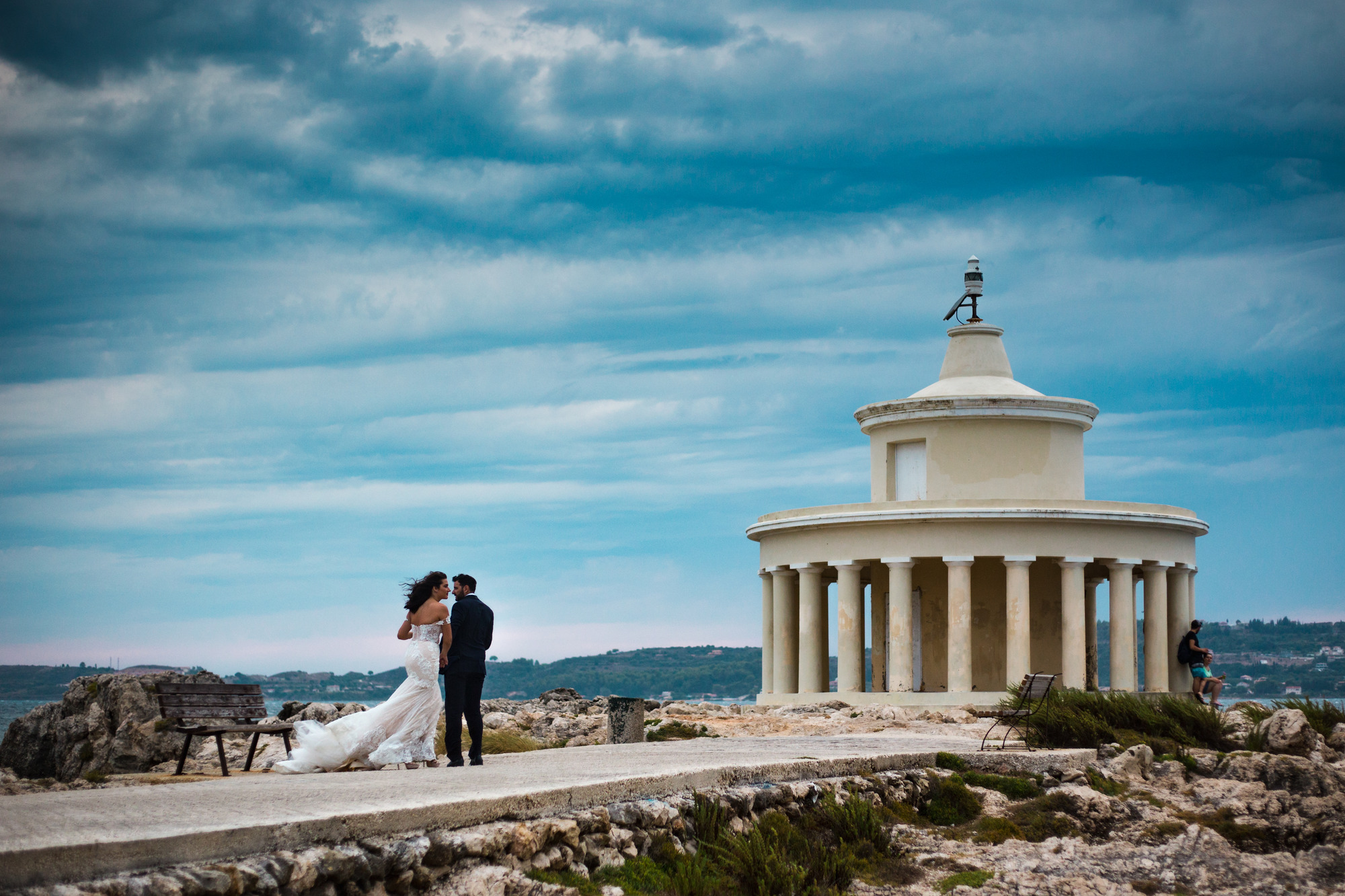 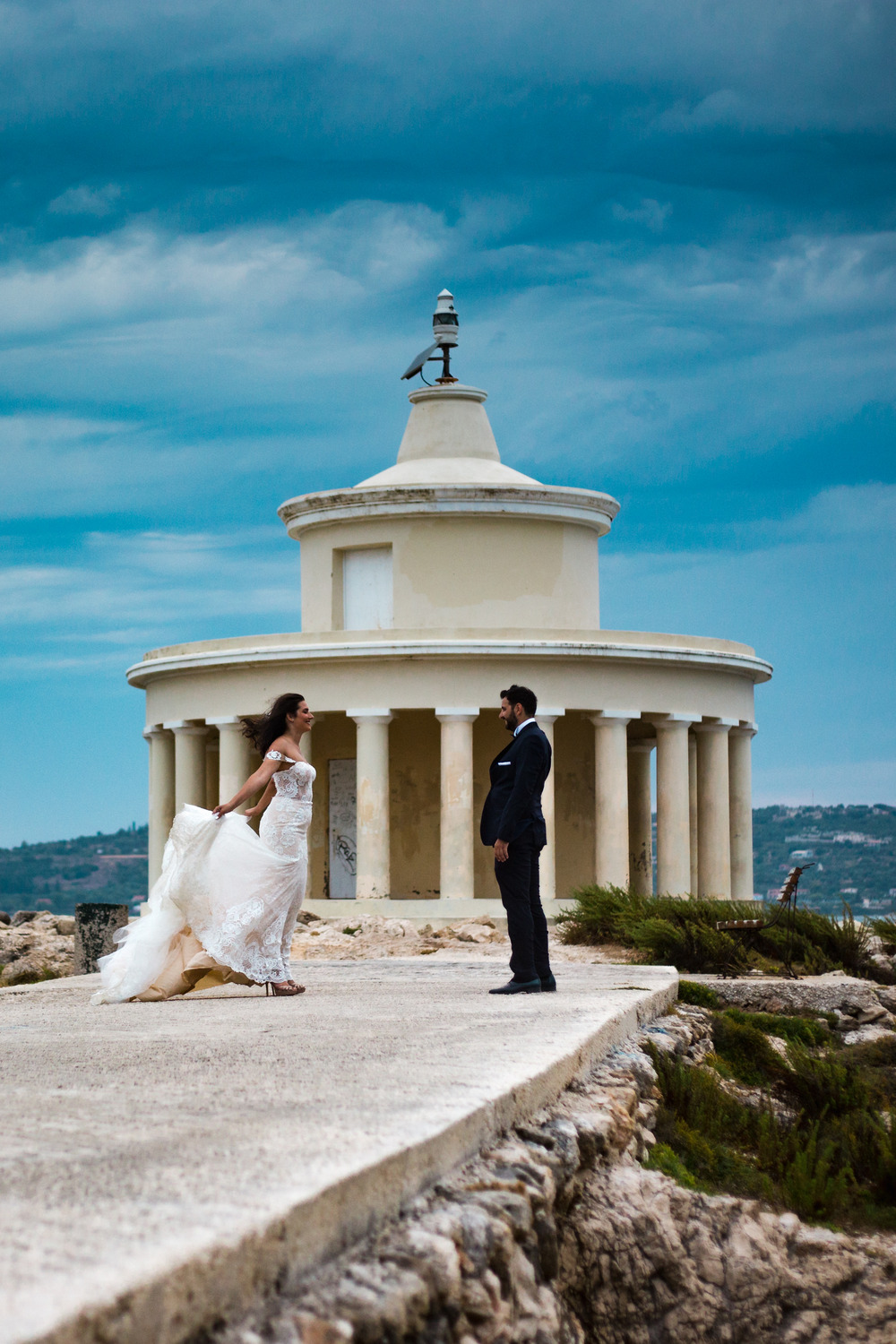 The wild sea and breaking waves were perfect for some long exposure shots: 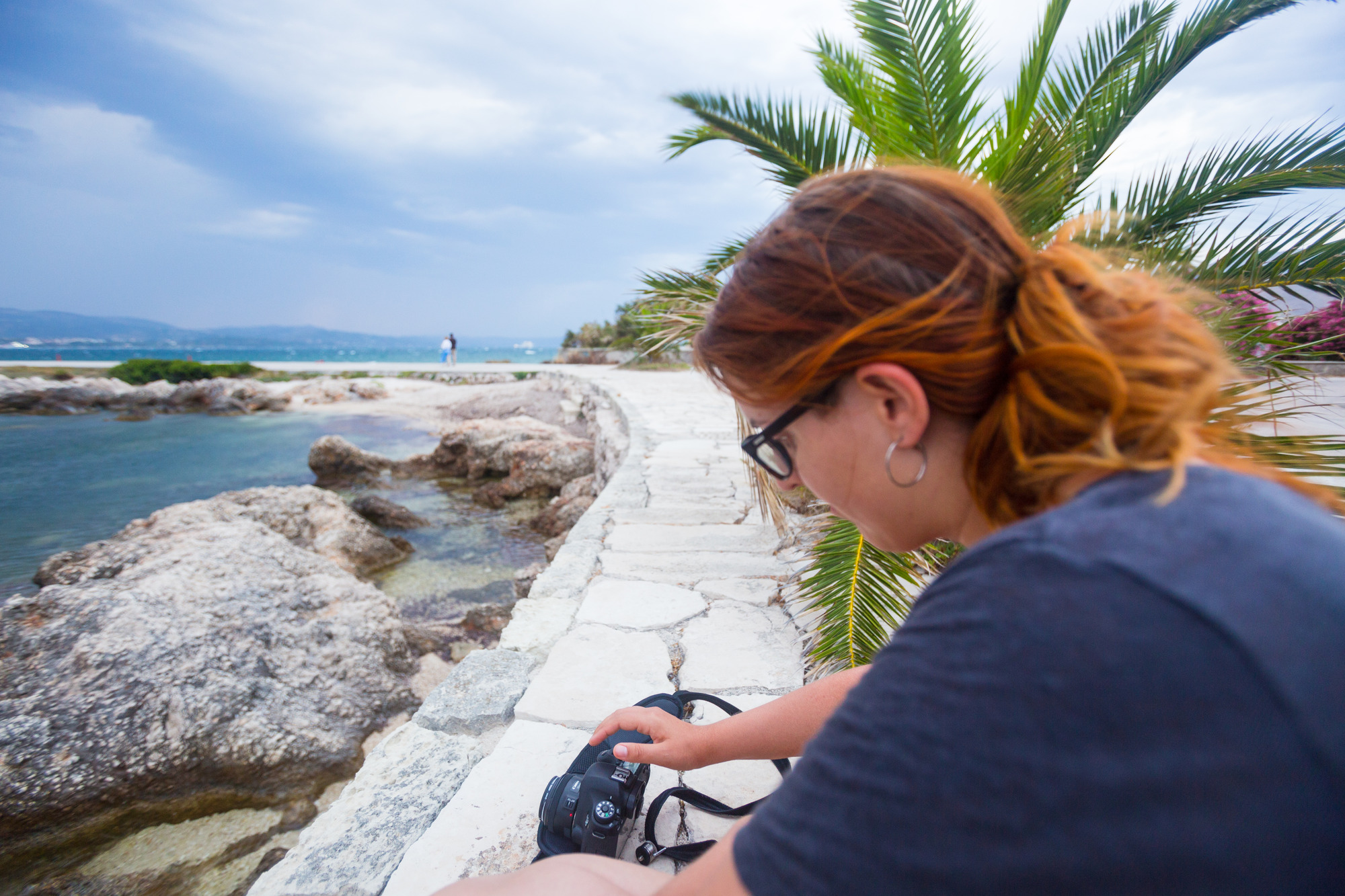 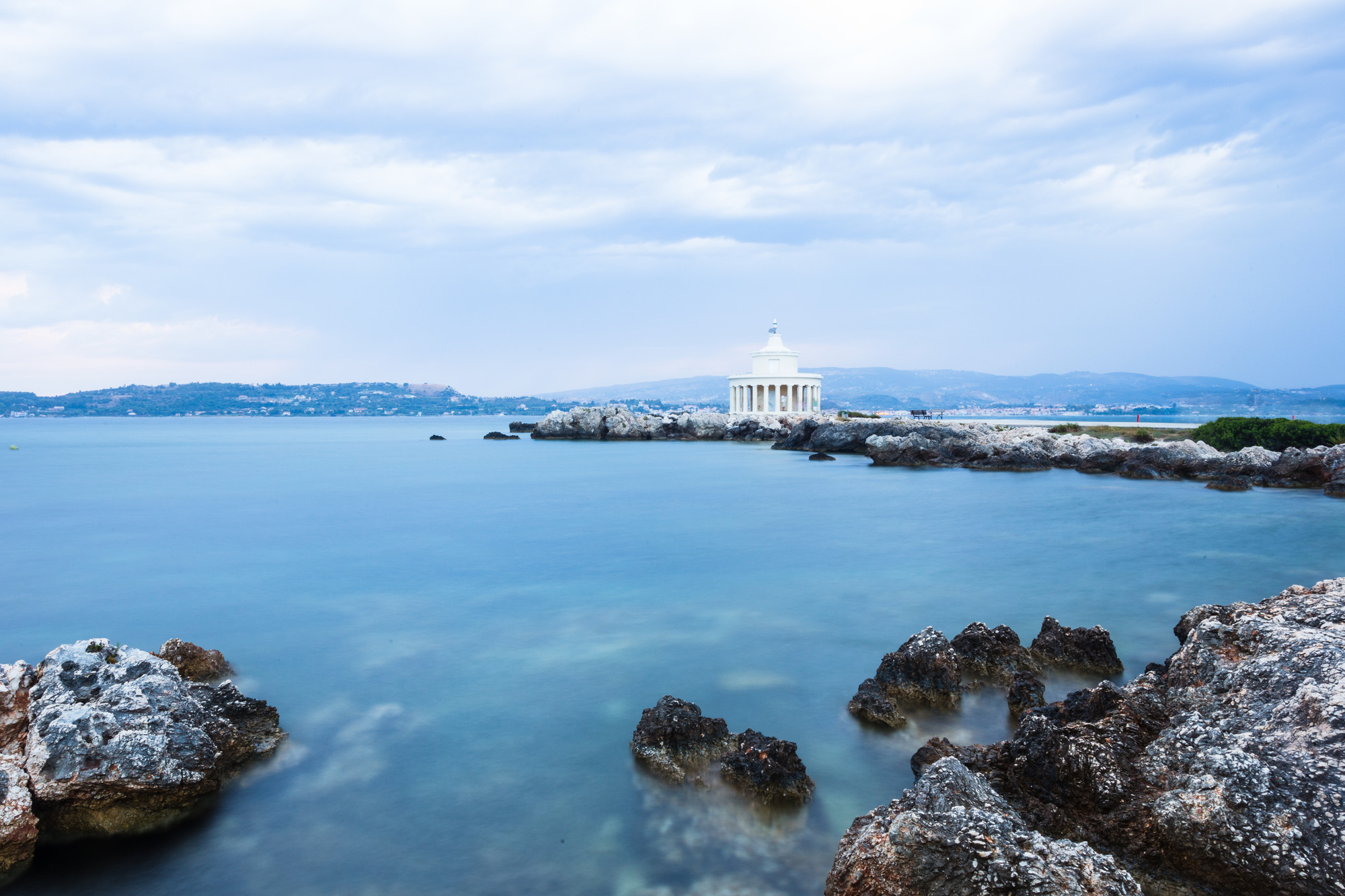 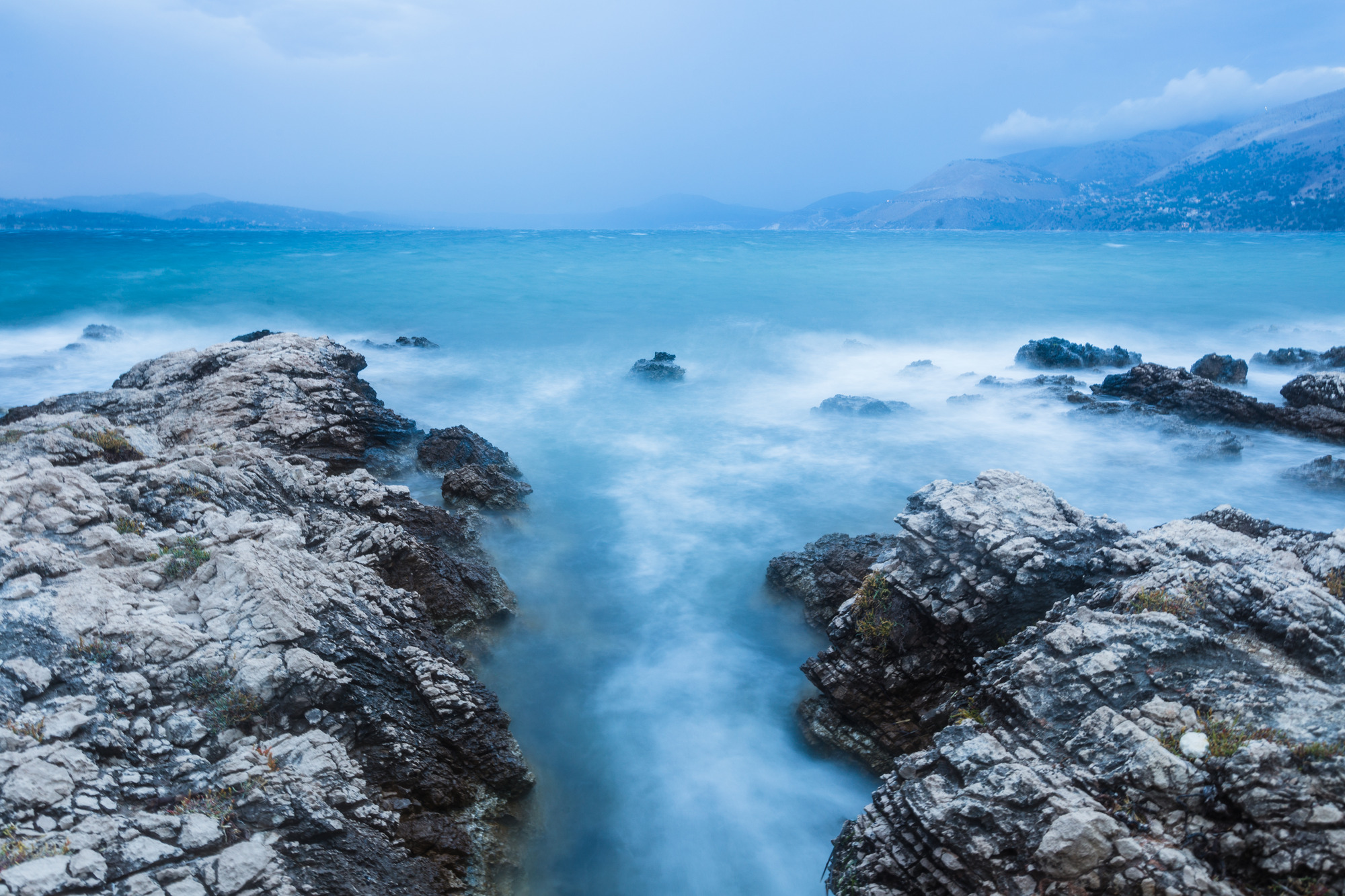 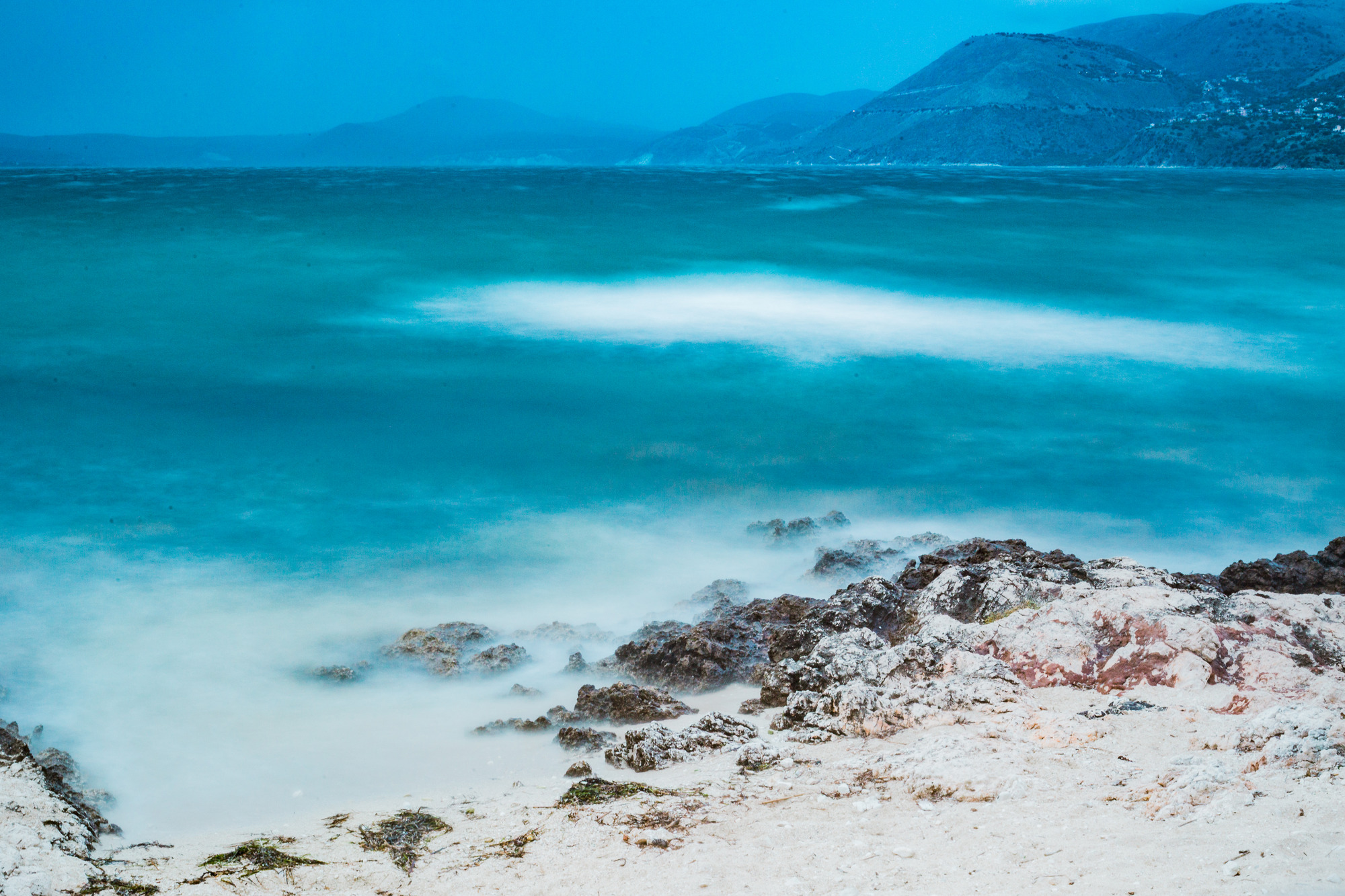 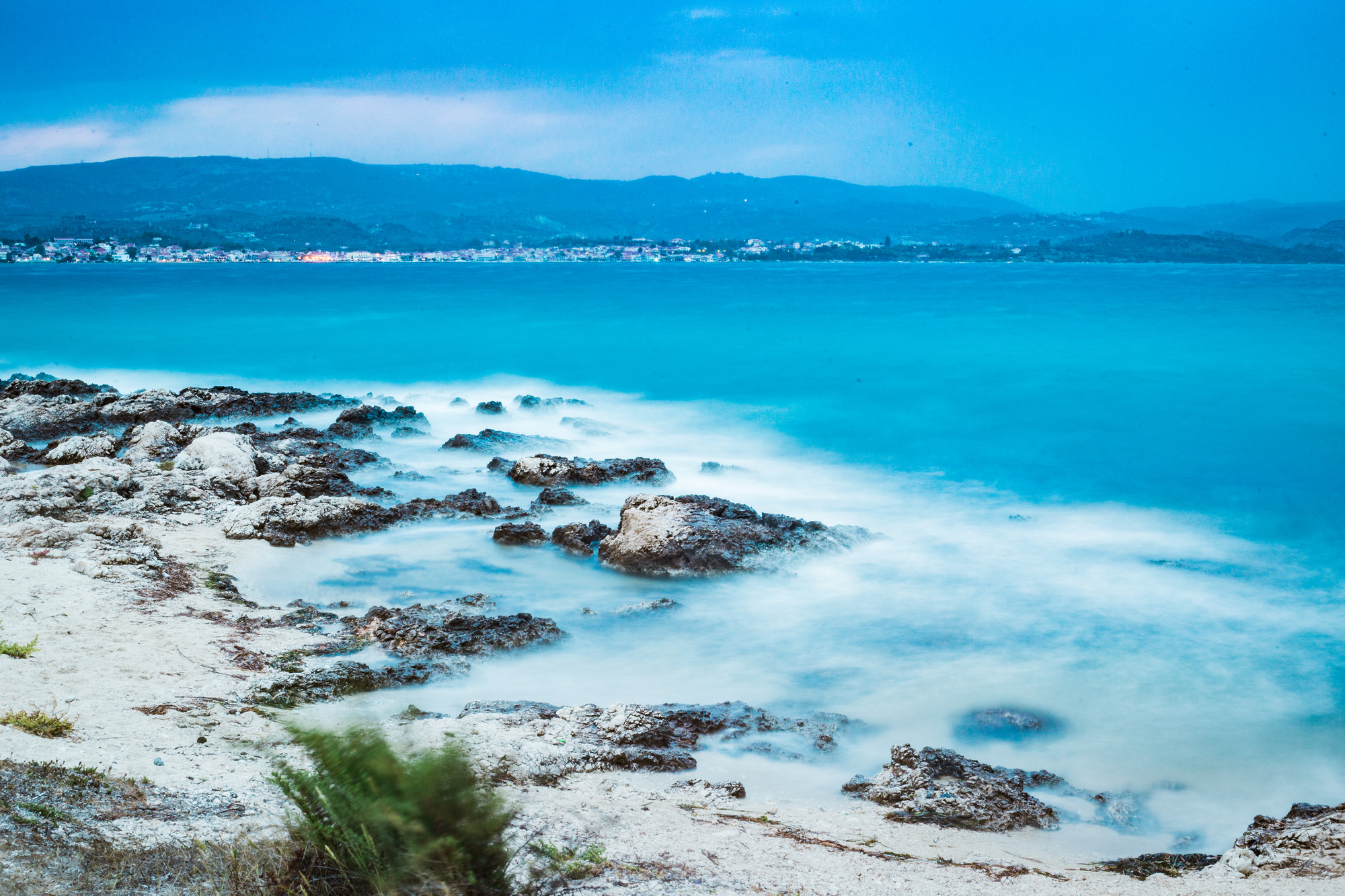 In the end, the trip turned out to be worth it after all. 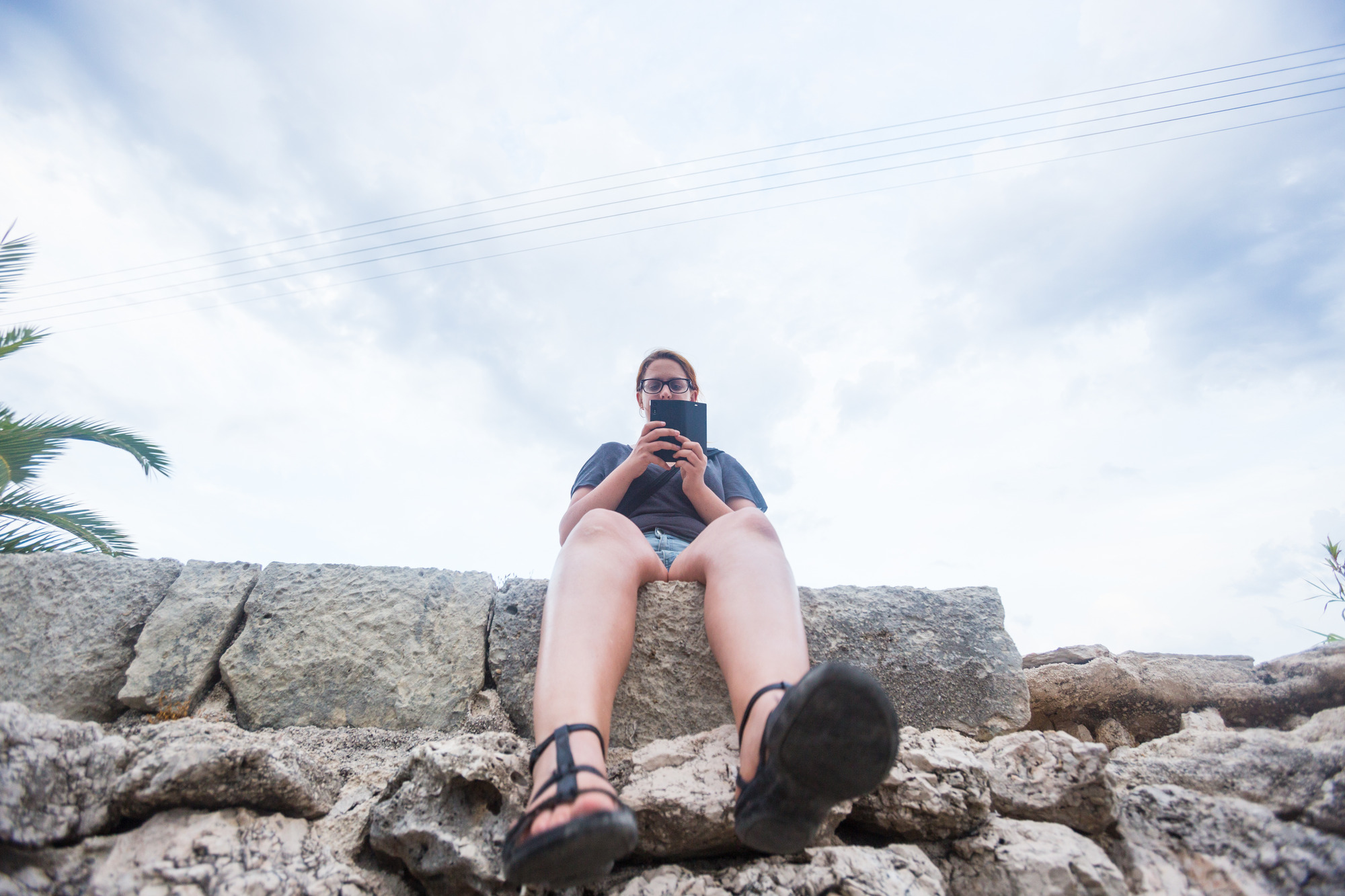 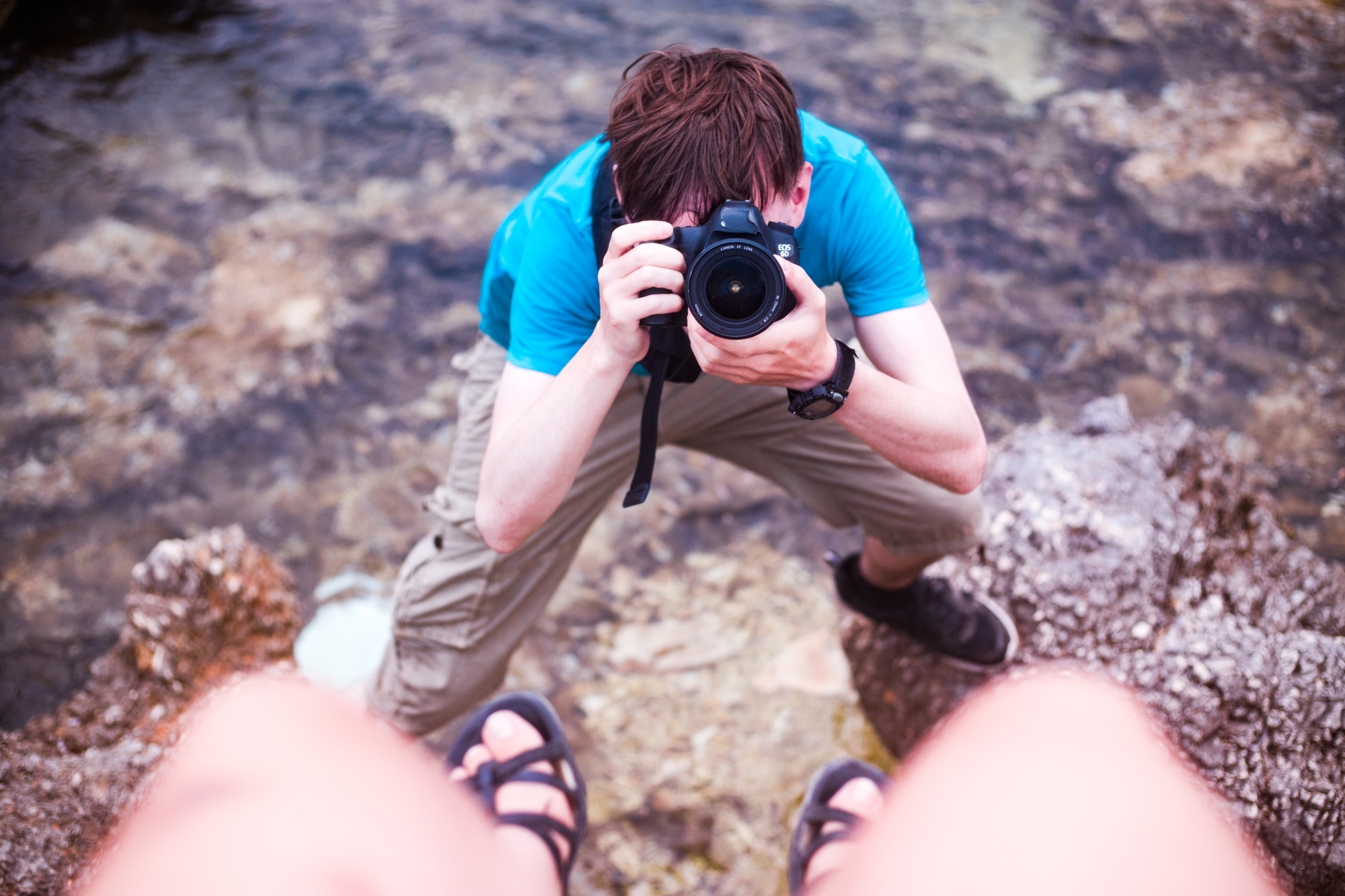