We already had a sunrise photosession on our vacation last year, so of course we had to repeat the success this year, too.

We could just have gone for a beach on the east side of the island, but we wanted a little more action and variety. So we got up and on the road early, heading for the main road between the small towns Skala and Poros. They are both in the East and as we had driven on that road before, we knew that the coast on that side not only has beaches but also cliffs. Apart from that general direction, we only believed in our luck to actually find a place, where we could park the car and climb down to the water and also be in time for the sunrise (no rush though, you only got up at shit'o'clock for this!). 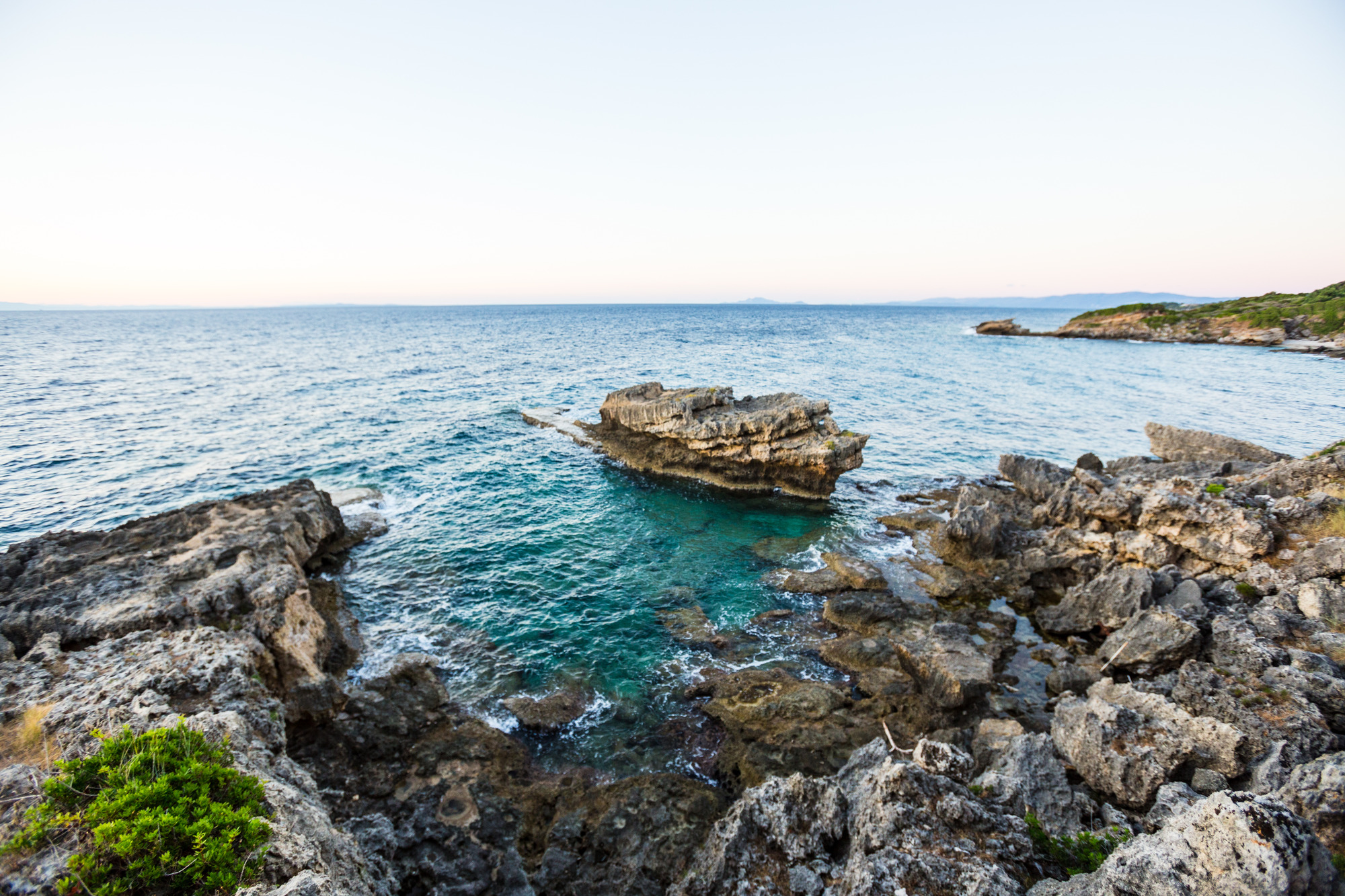 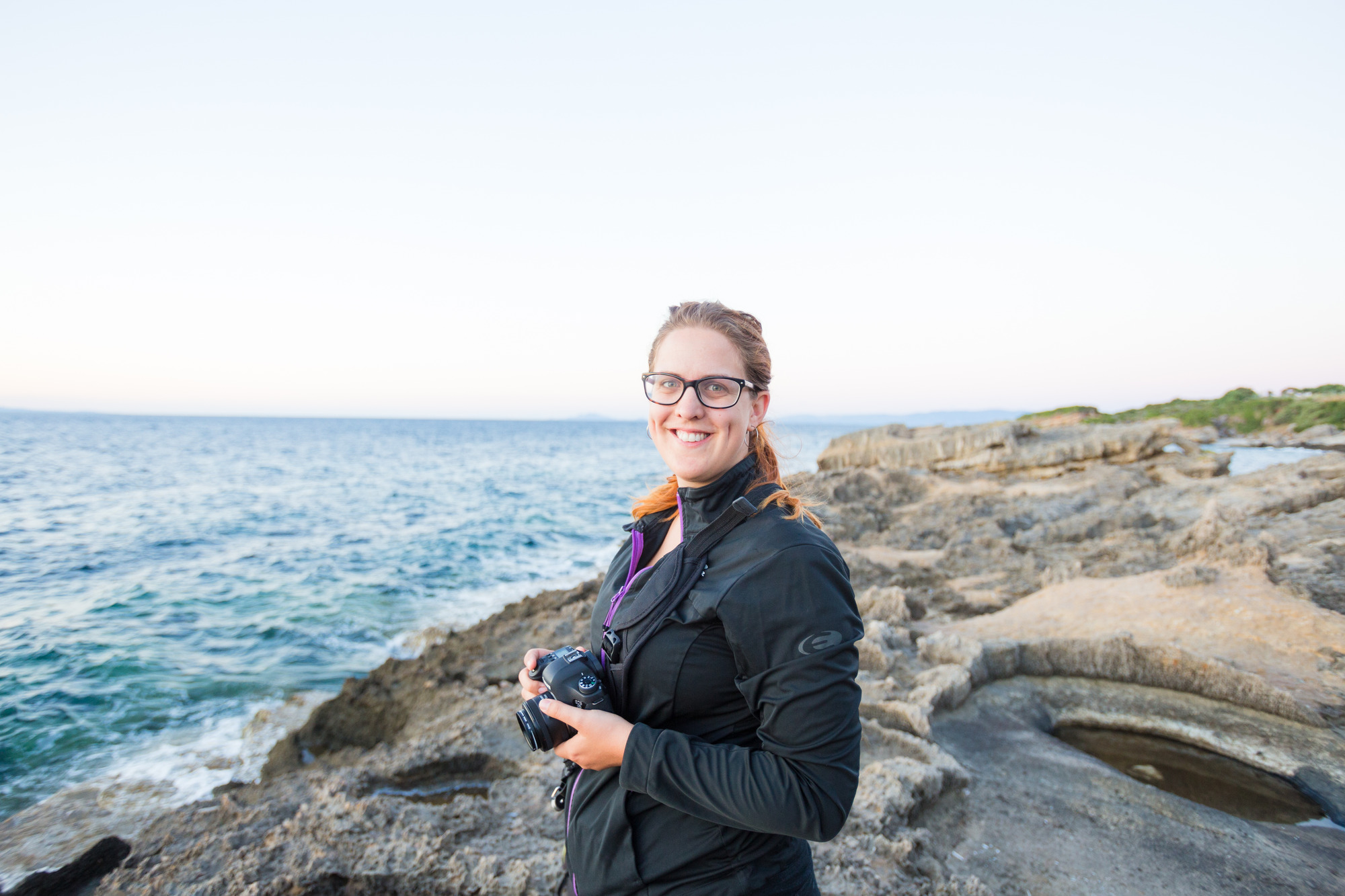 We were smart and had bought bananas and granola bars the evening before. Also, we had coffee at 5 am. That's why I look so happy at that goddamned hour.

We found a view, that looked promising and that also offered space for our car. The cliffs were still pretty steep and made of volanic rock with sharp edges, a lot of loose rubble and itchy thistles, but there seemed to be a narrow path almost close to the water. 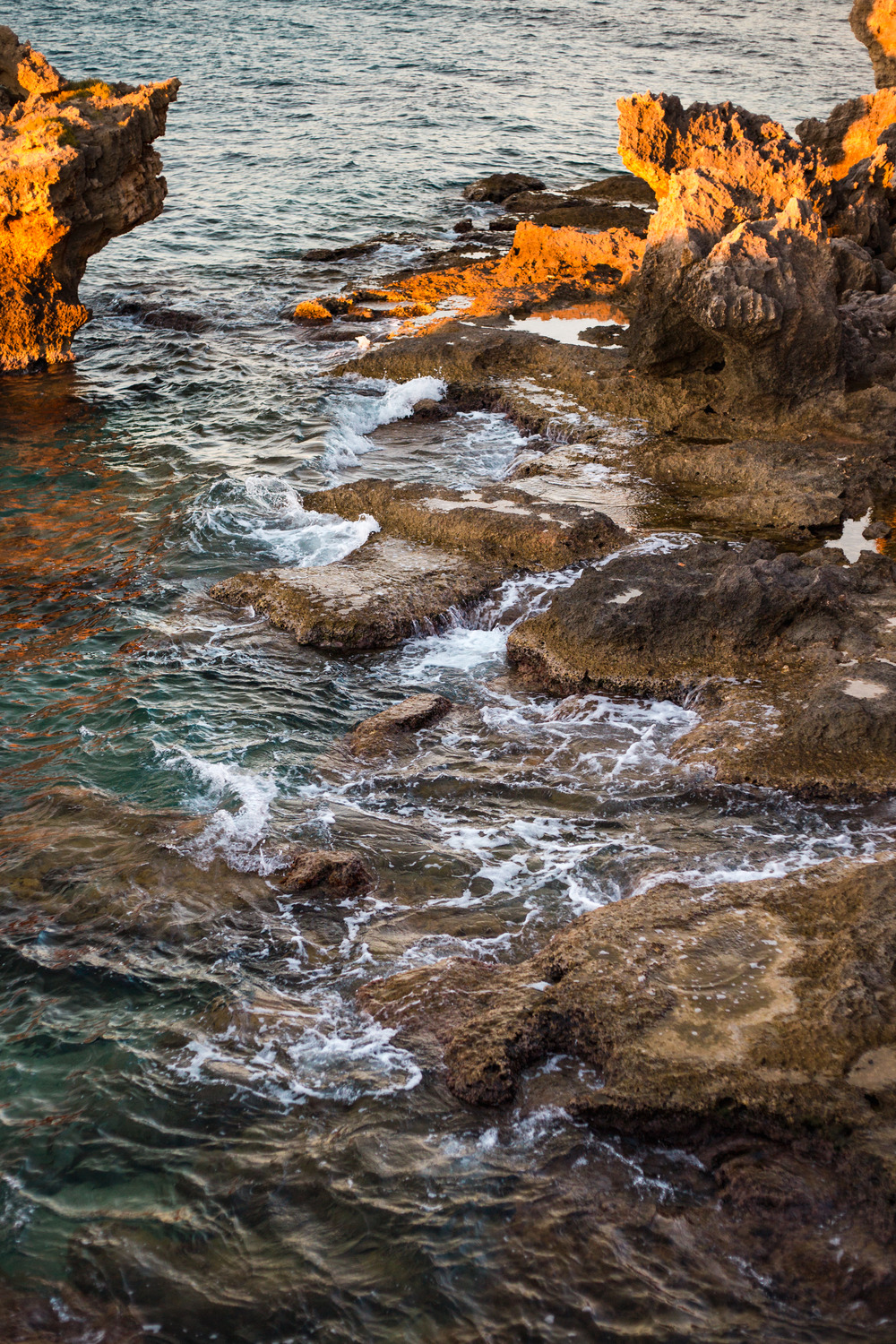 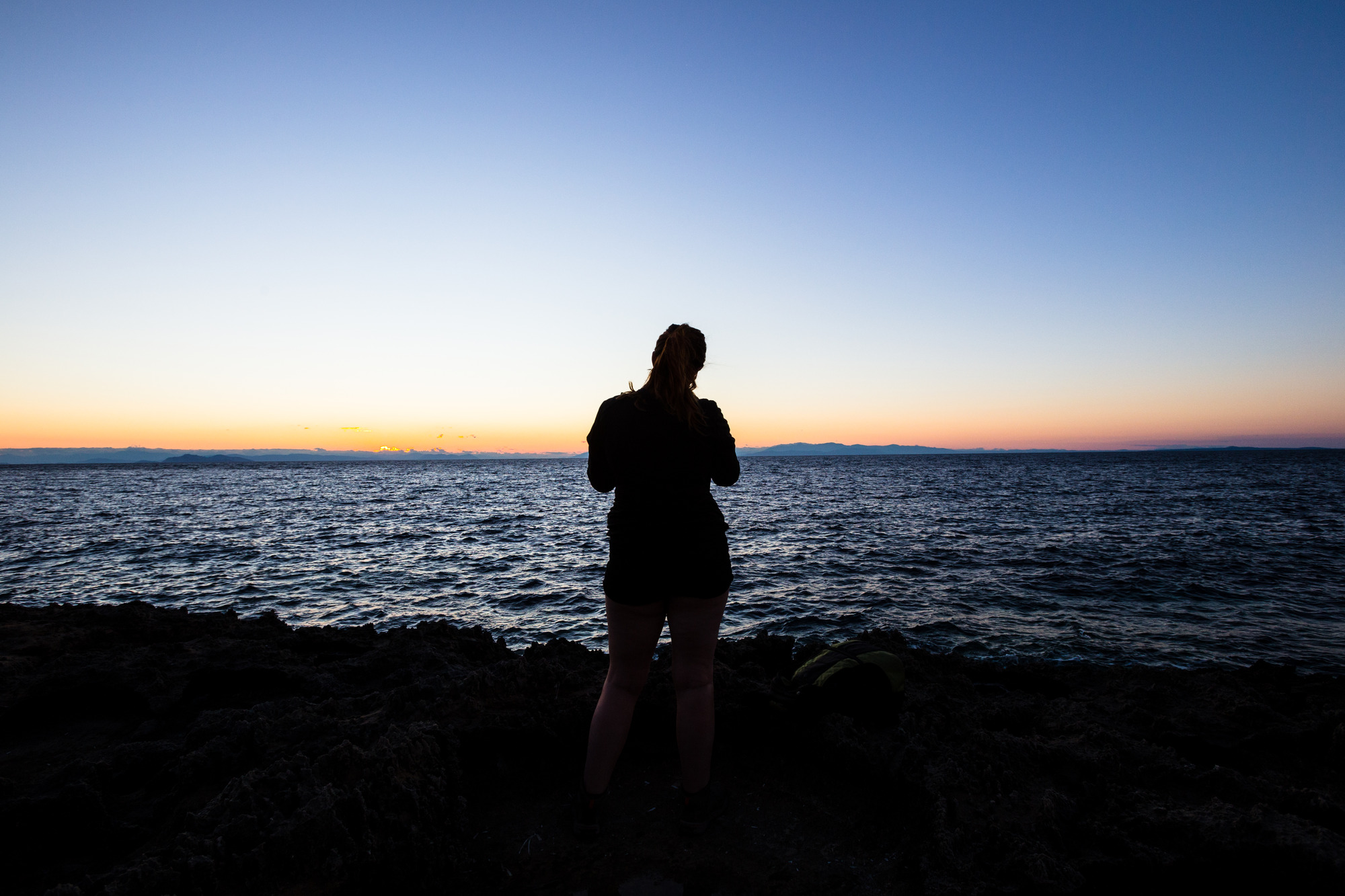 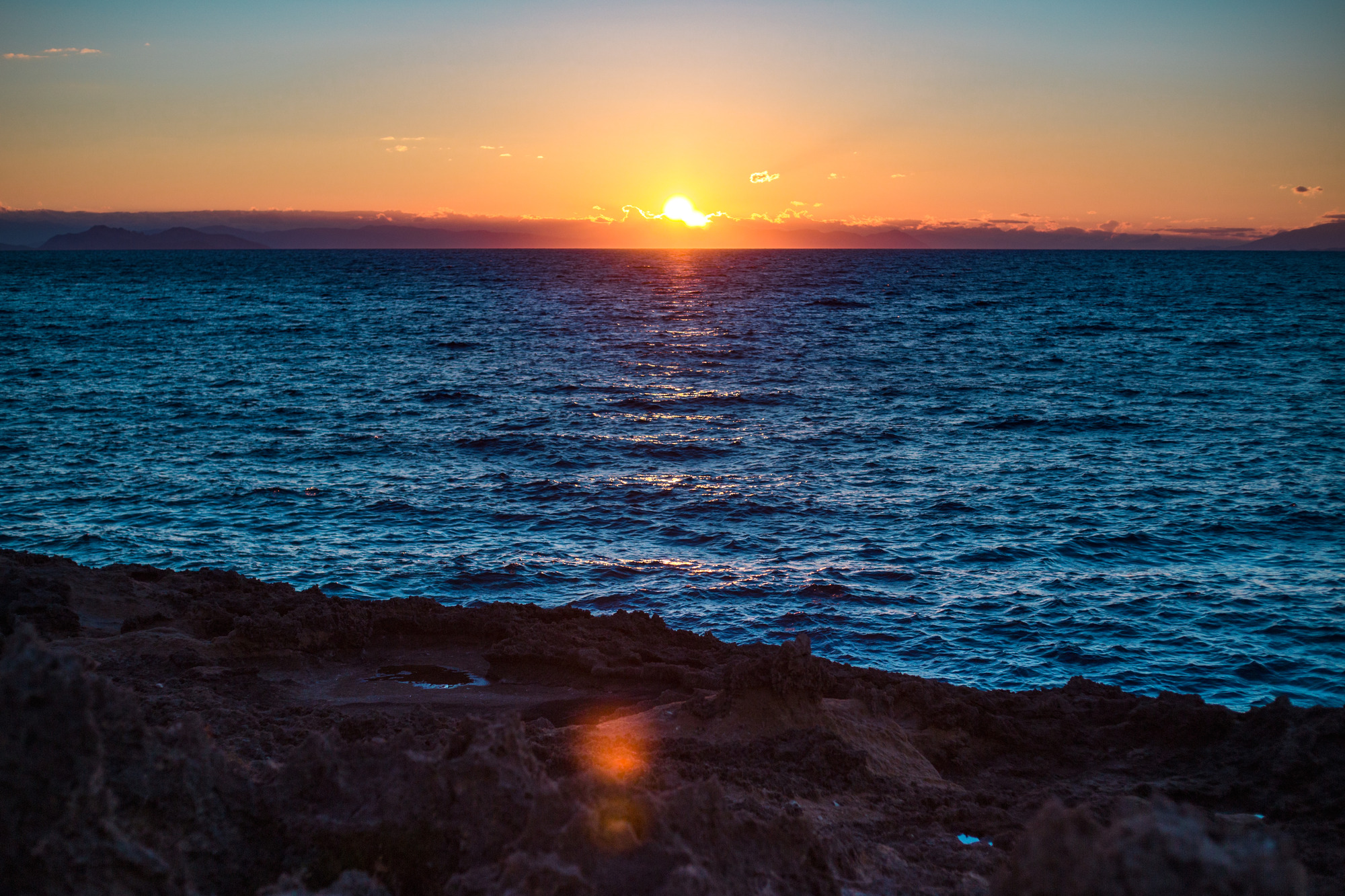 I was pretty happy with the spot, Jonathan however wasn't satisfied. He wanted to get further down to the water to really make use of his wide angle lens. So because of his determination, we climbed back to the street just after the sun had risen and went along the road a little until we suddenly found a more proper path down. 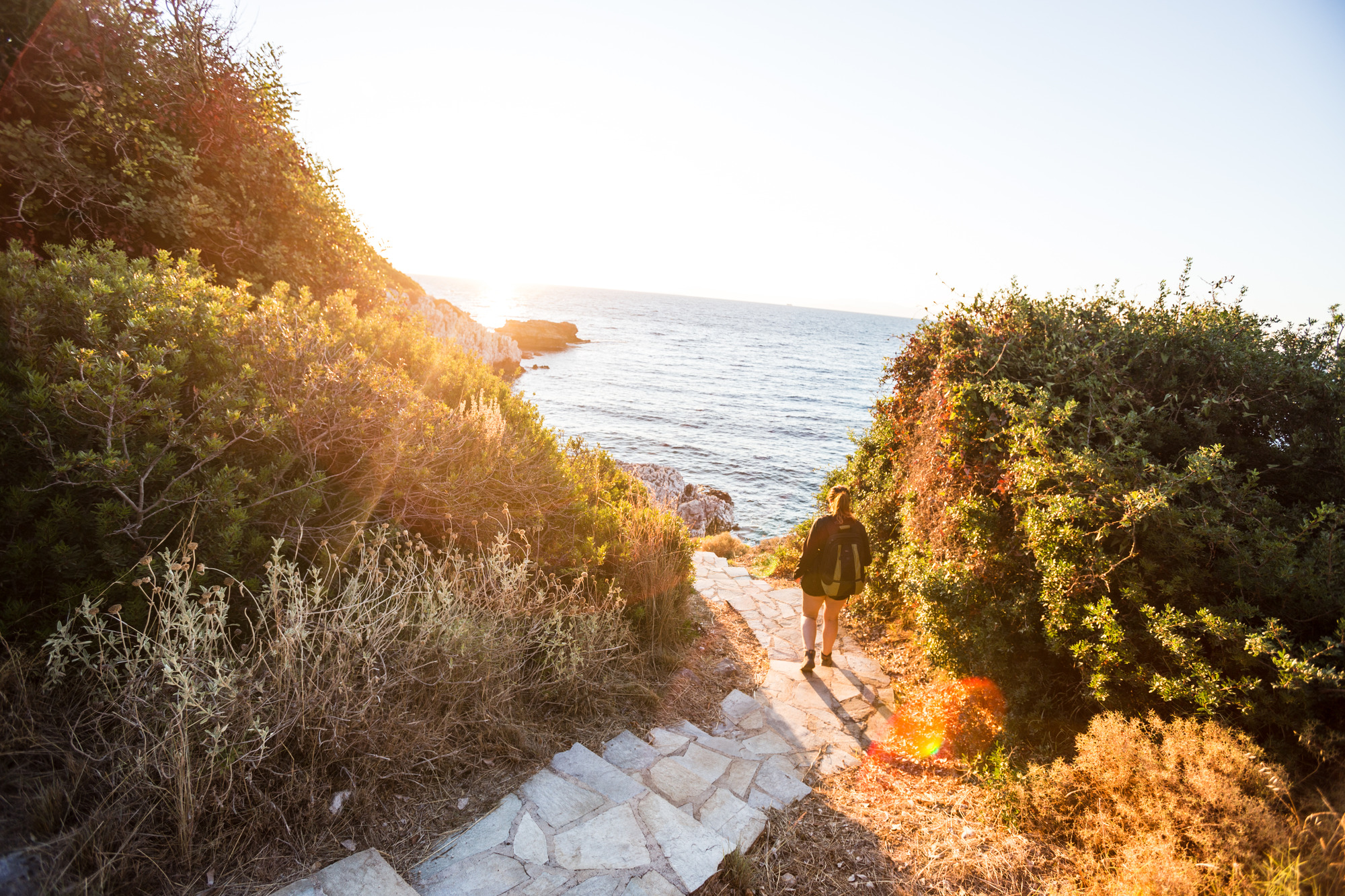 We walked over a not-very-stable-looking wooden bridge over some large rocks down to a small, cozy beach, where we would take some long exposure shots, action photos of breaking waves and film a little. 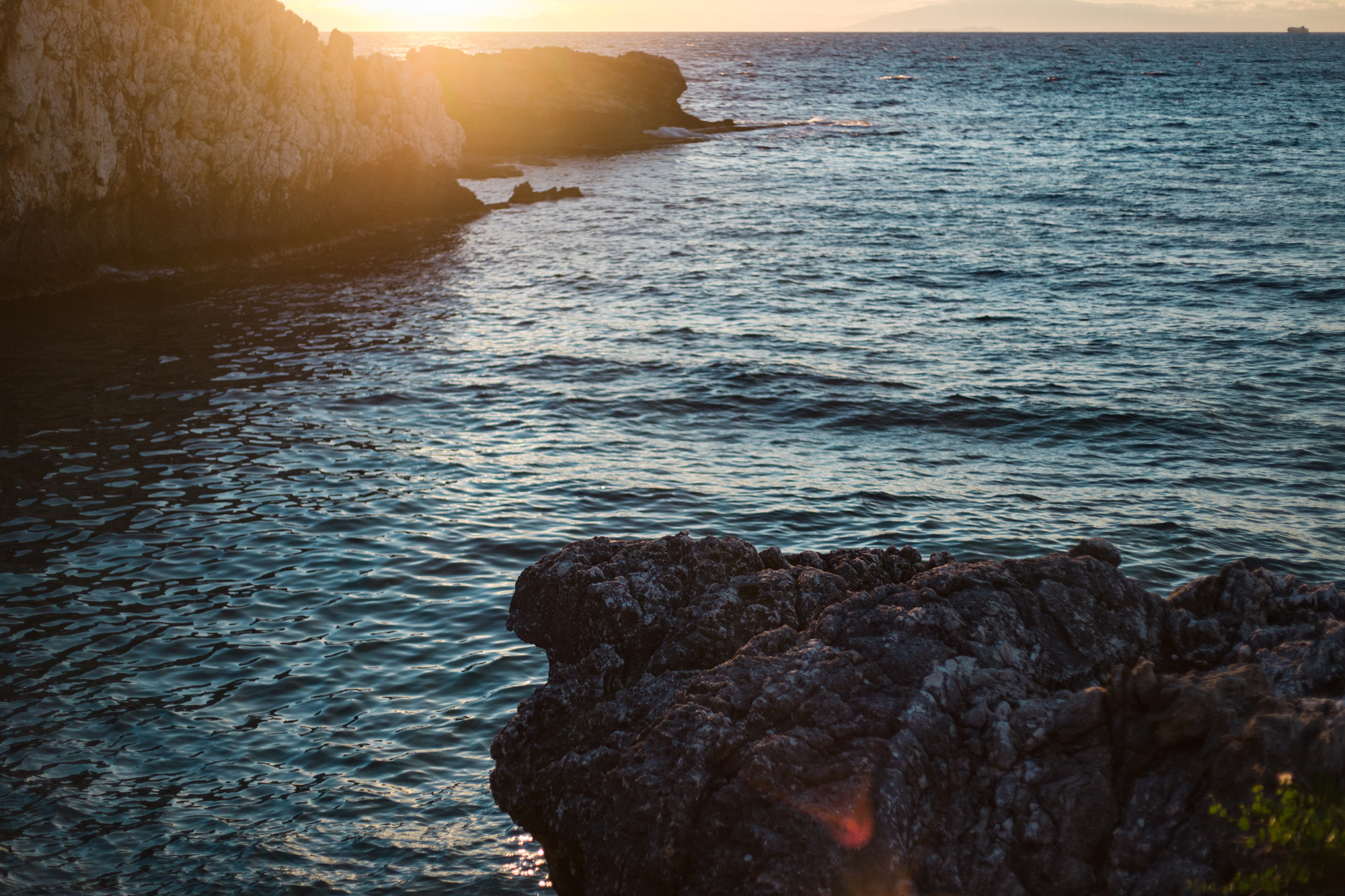 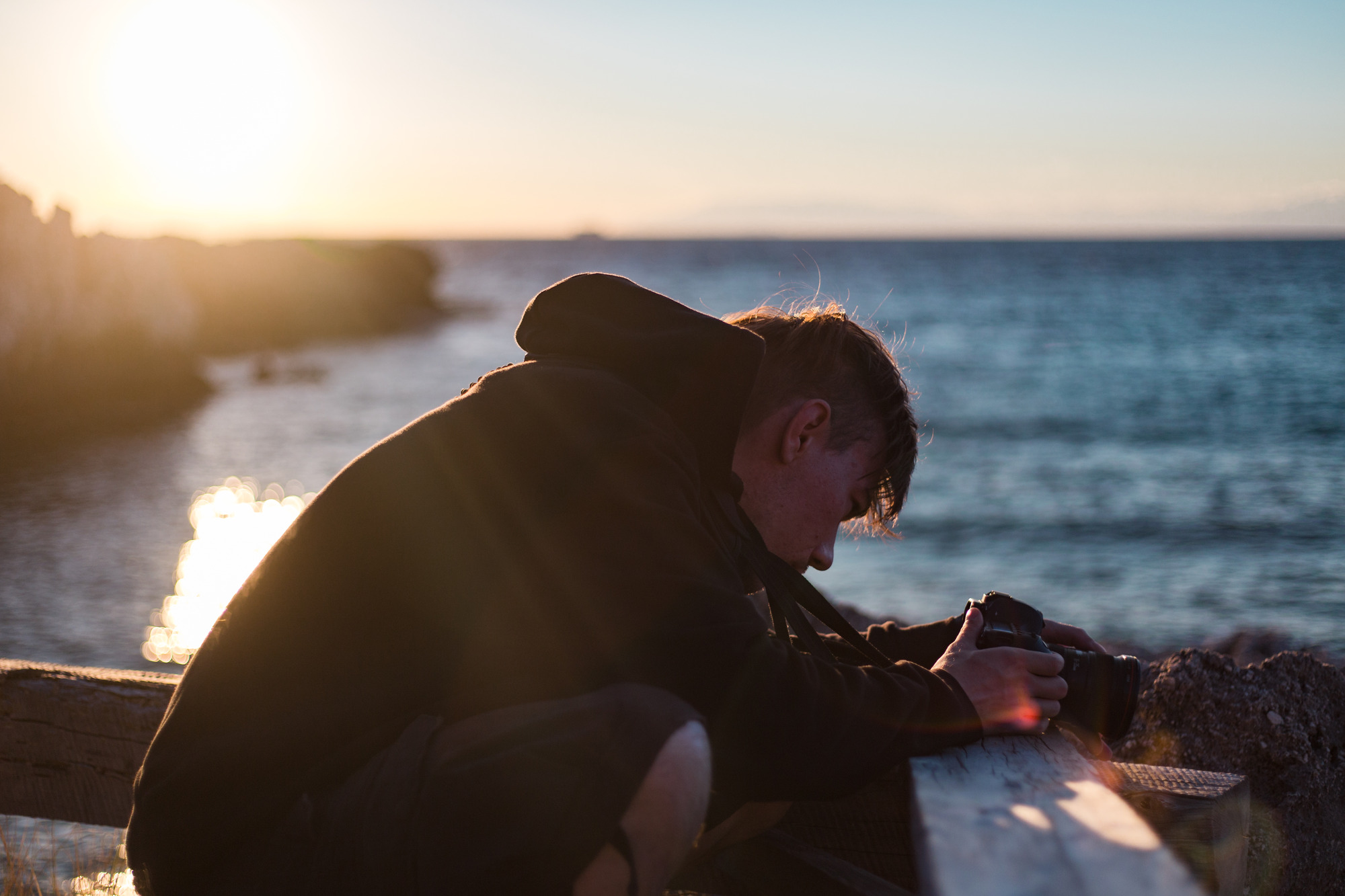 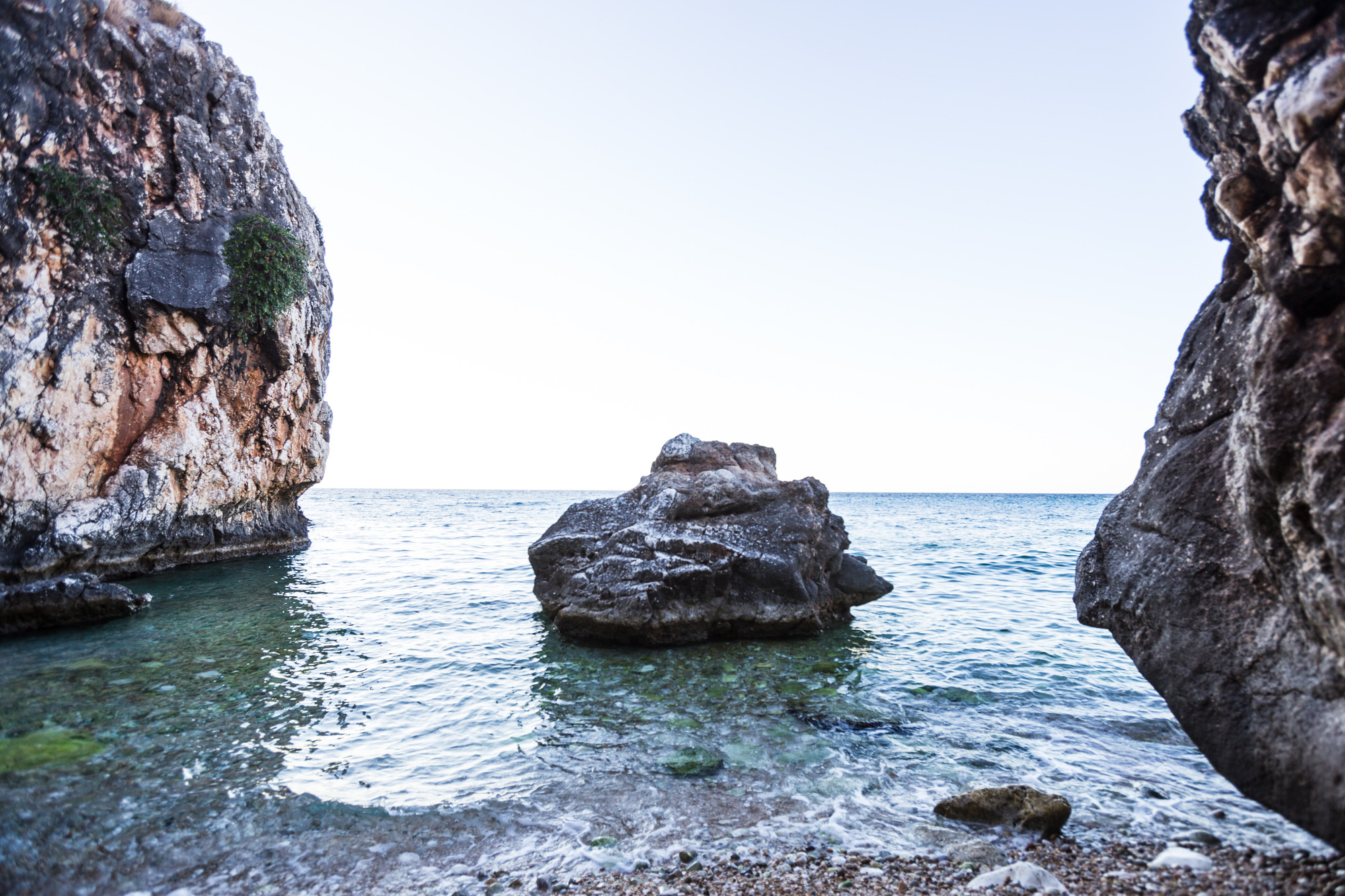 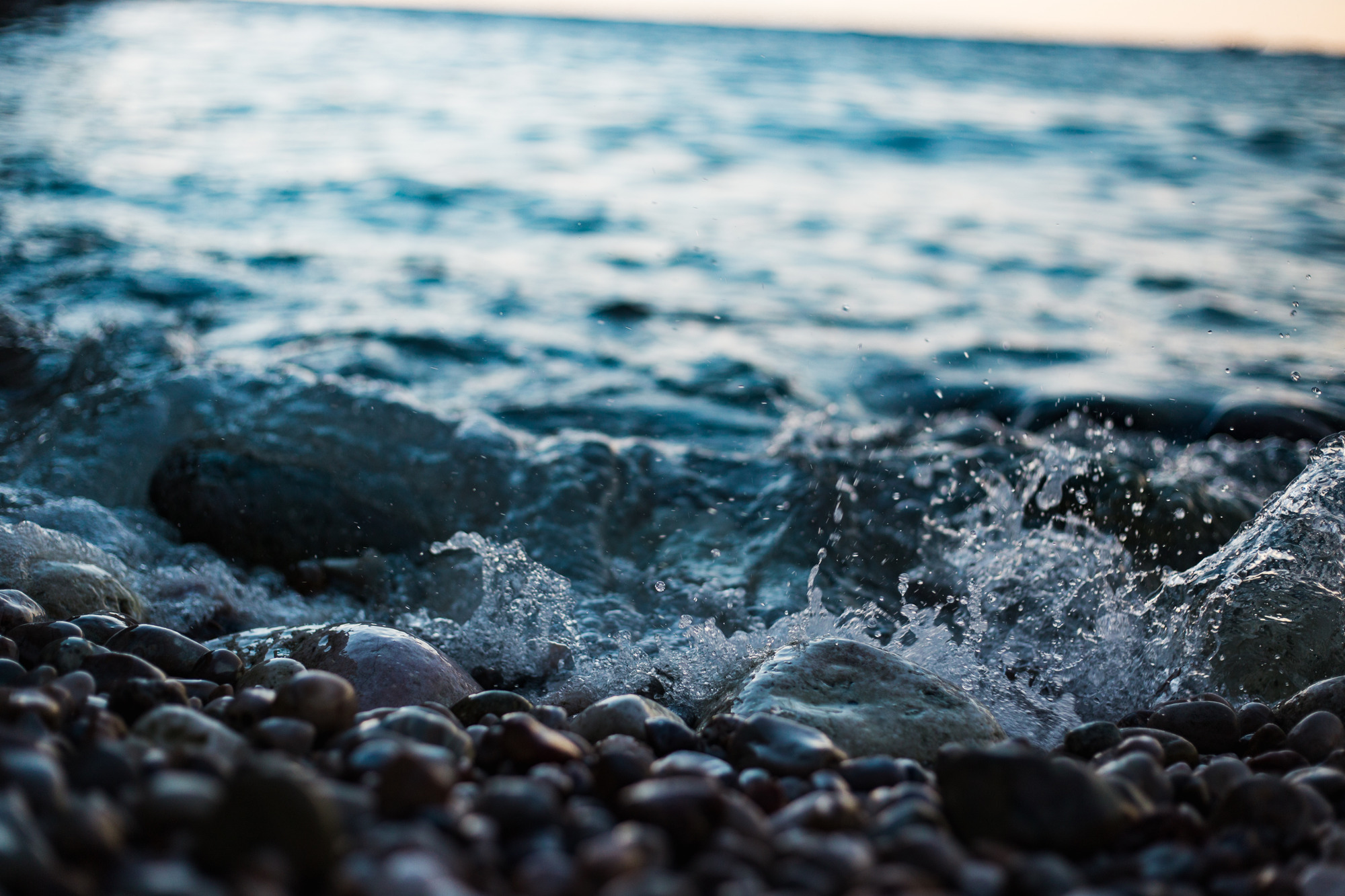 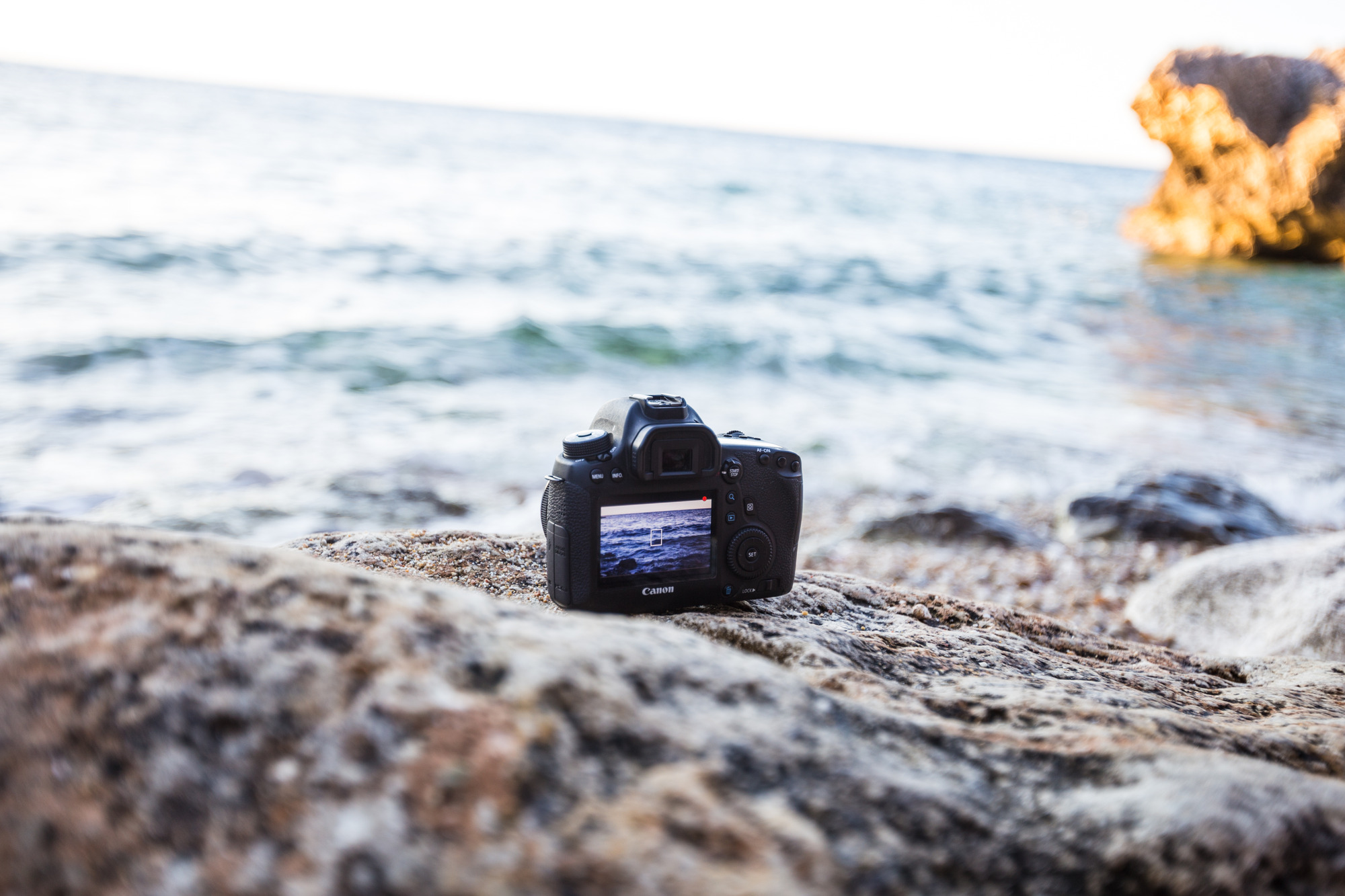 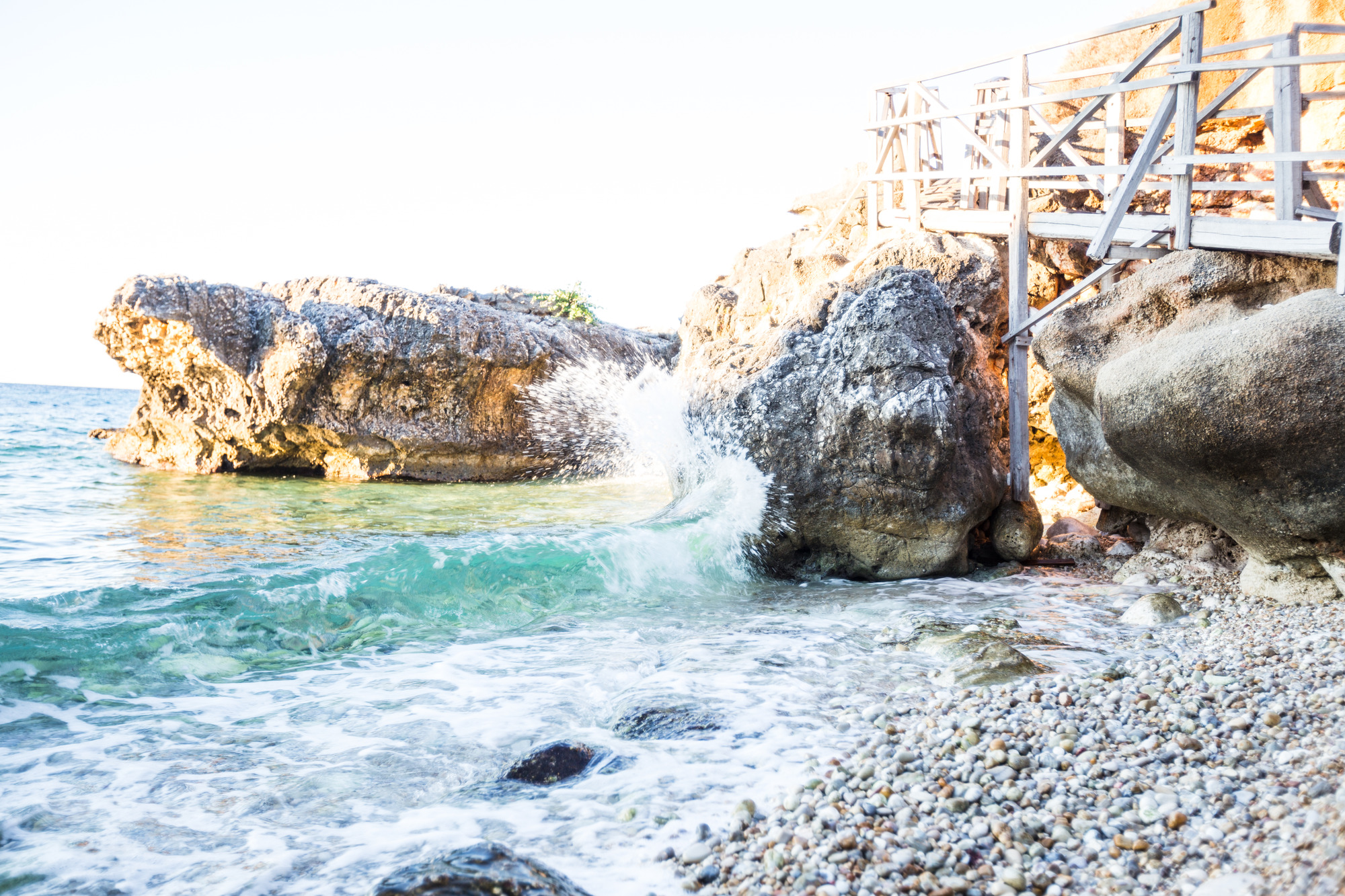 It was all very pretty and made up for the early morning, that we had. I couldn't stop shooting away and have like three different shots of every cm of that sunrise. 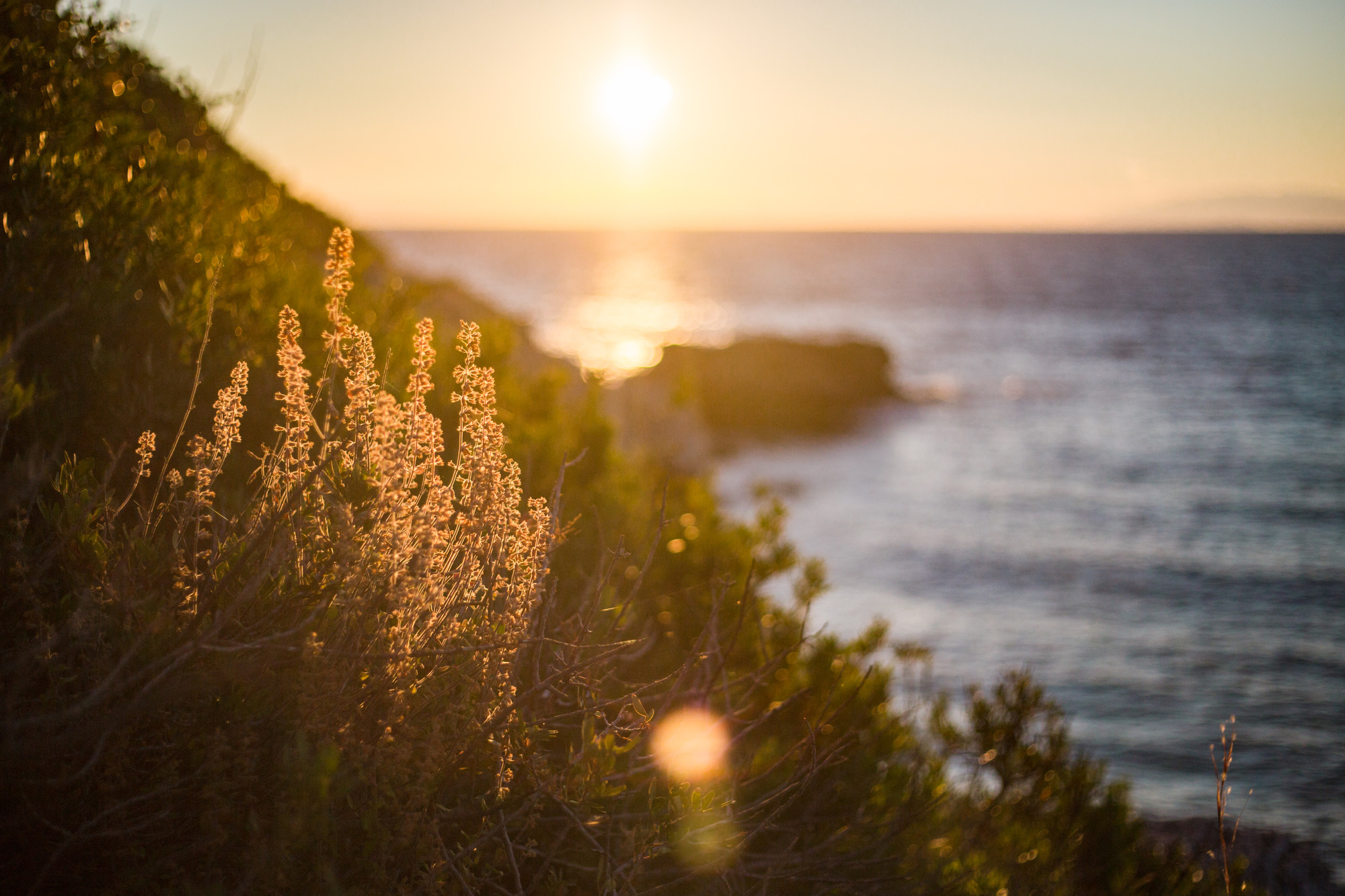 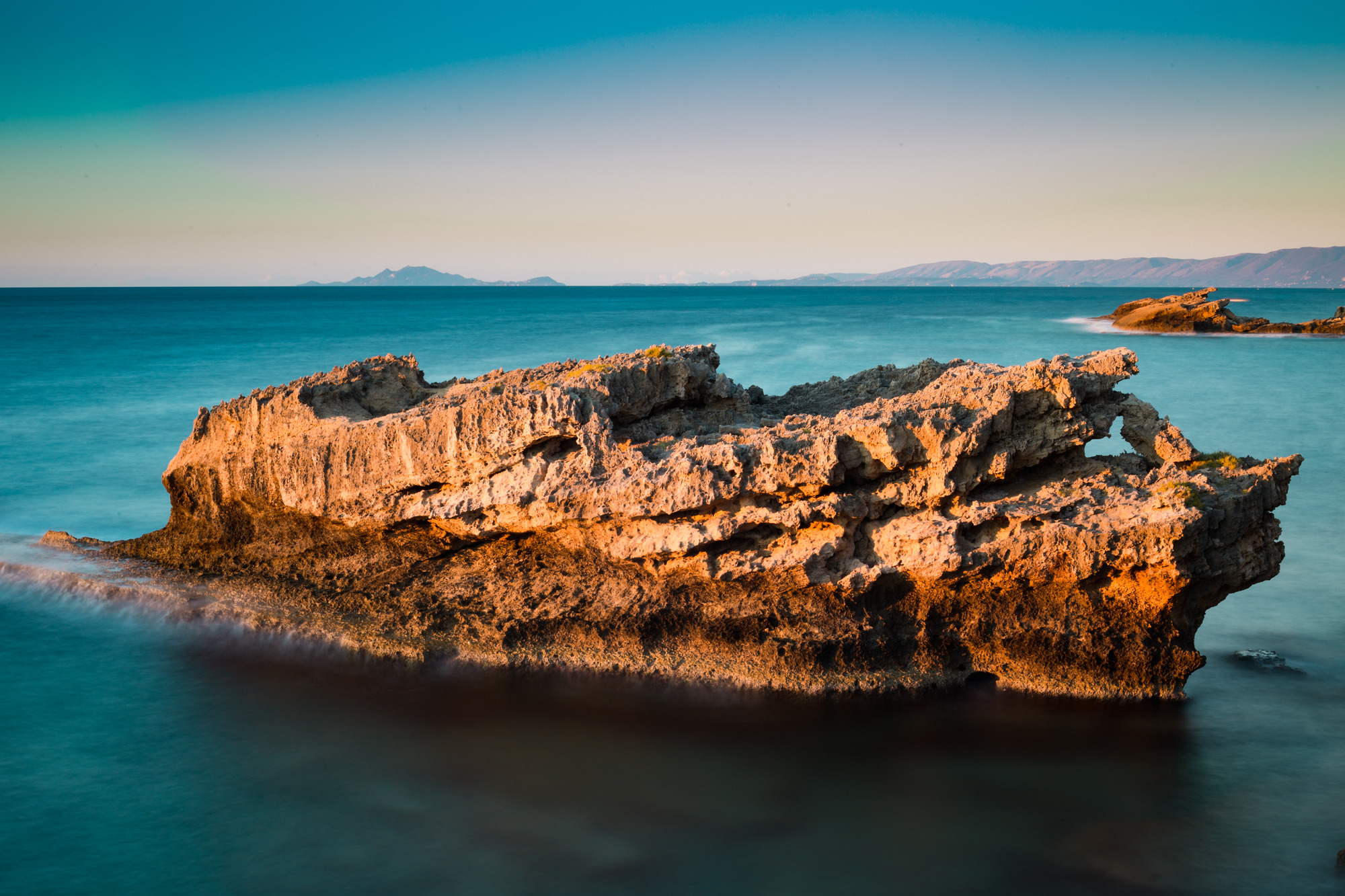 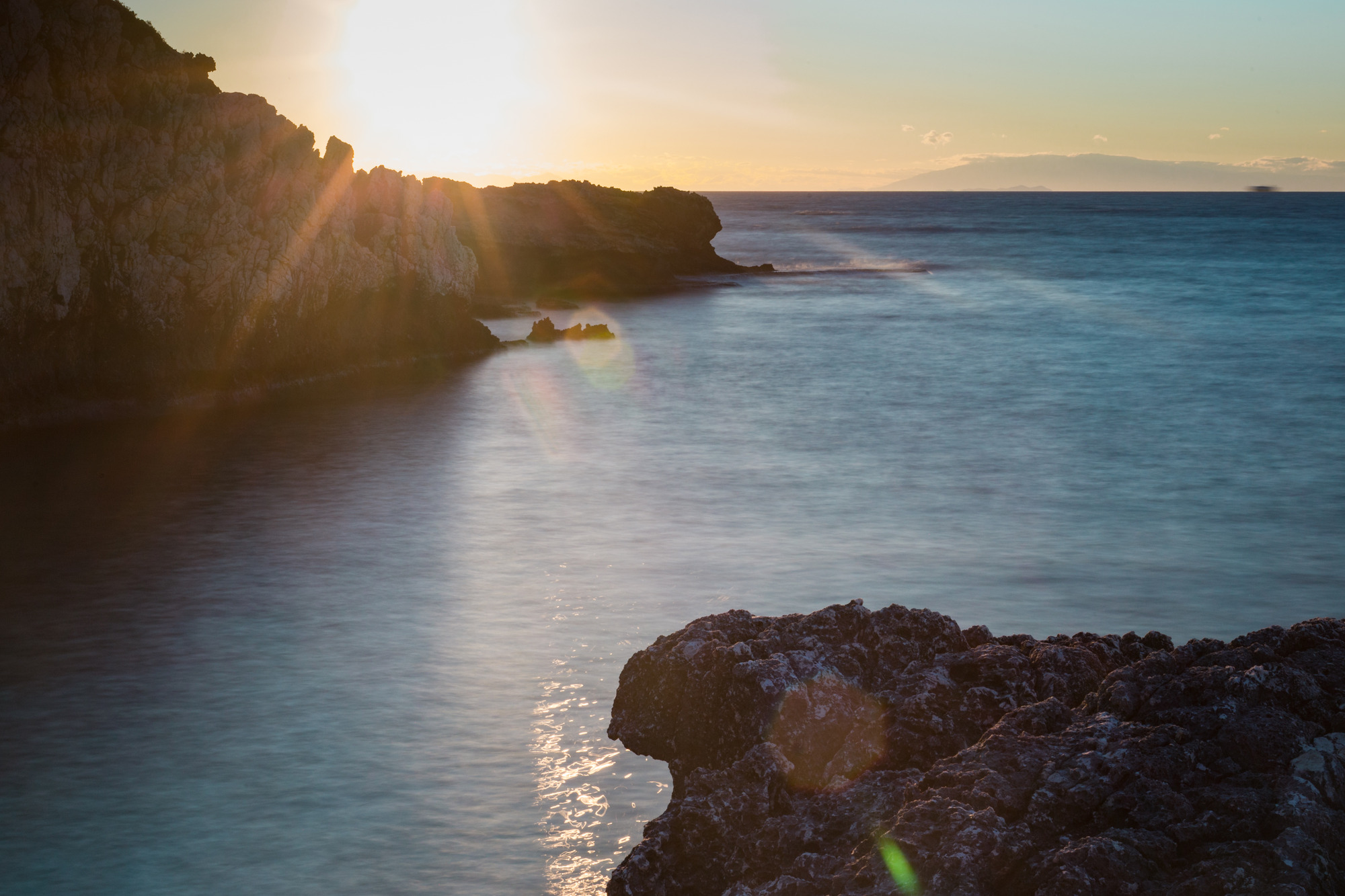 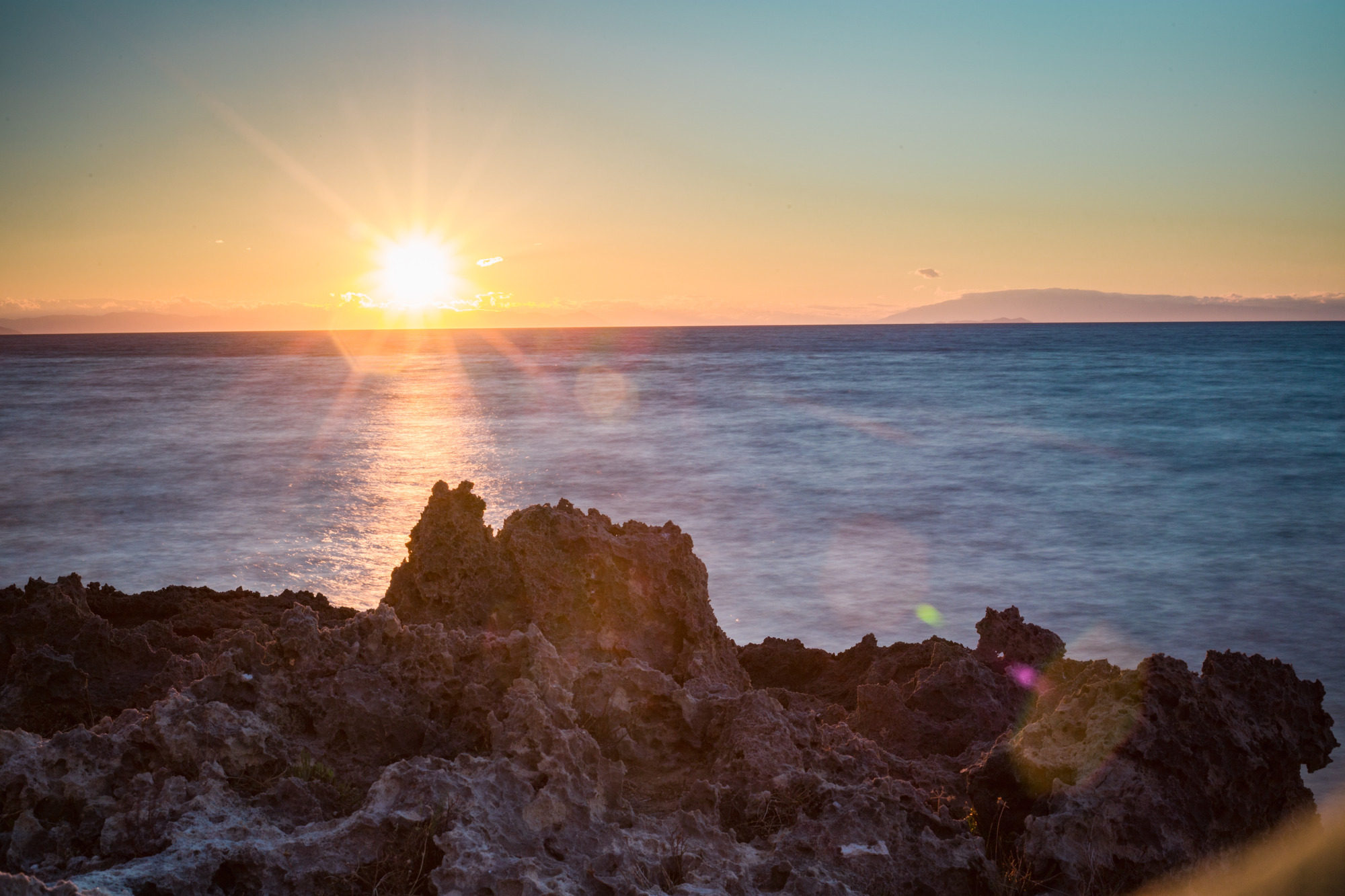 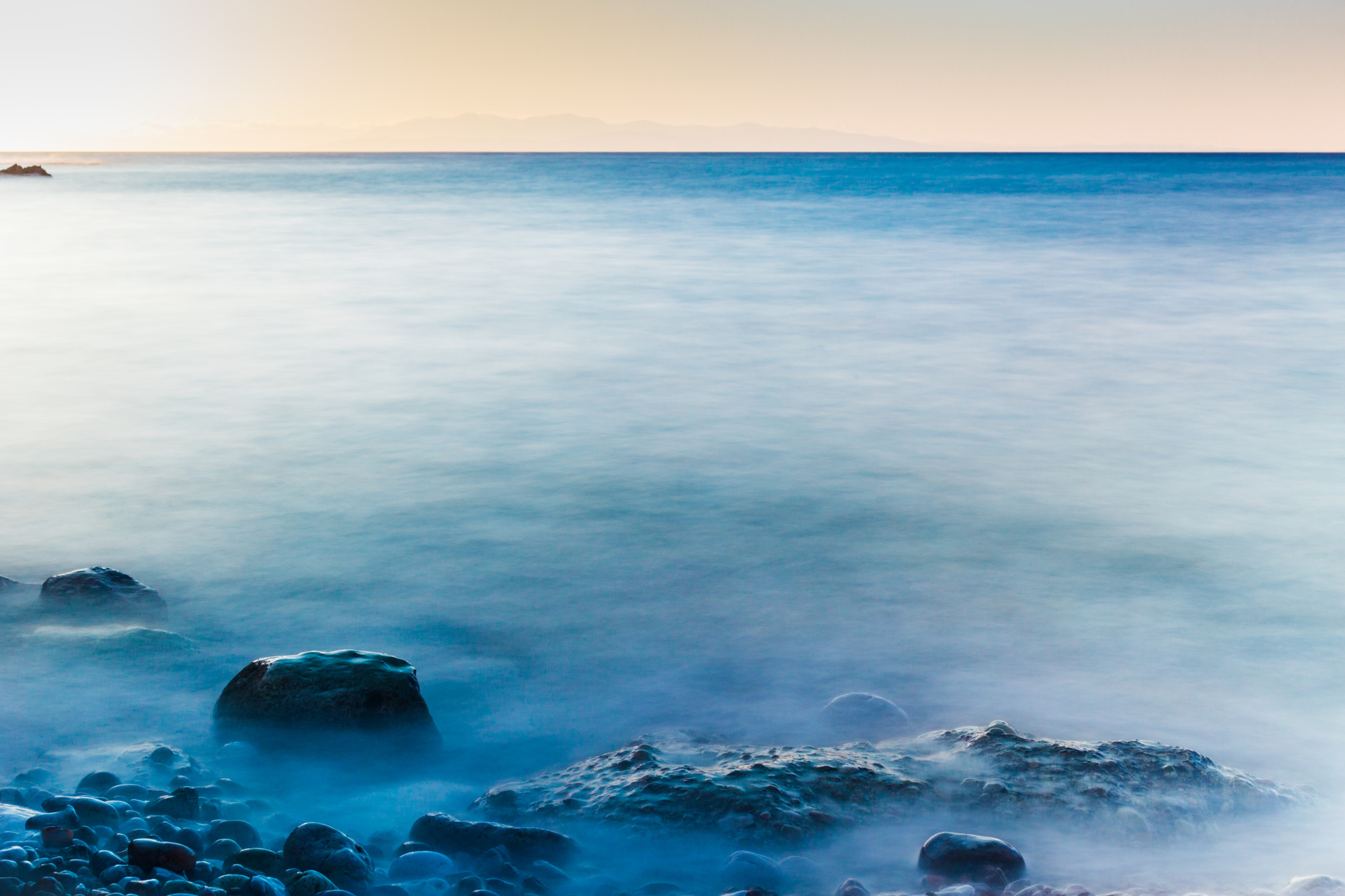 Again I must admit, that even though I'm not a morning person, sunrises really are some pretty good motives for photos and I haven't regretted getting up for them a single time.