We found this secluded cliff by a bit of an accident. There was a sign pointing to the right and we pulled the car over. After walking down the path, we had glimpsed a bit at the glorious view but all we could see was stashed old cars without plates, boats and a cage full of chickens after the path lead us back to the road again. 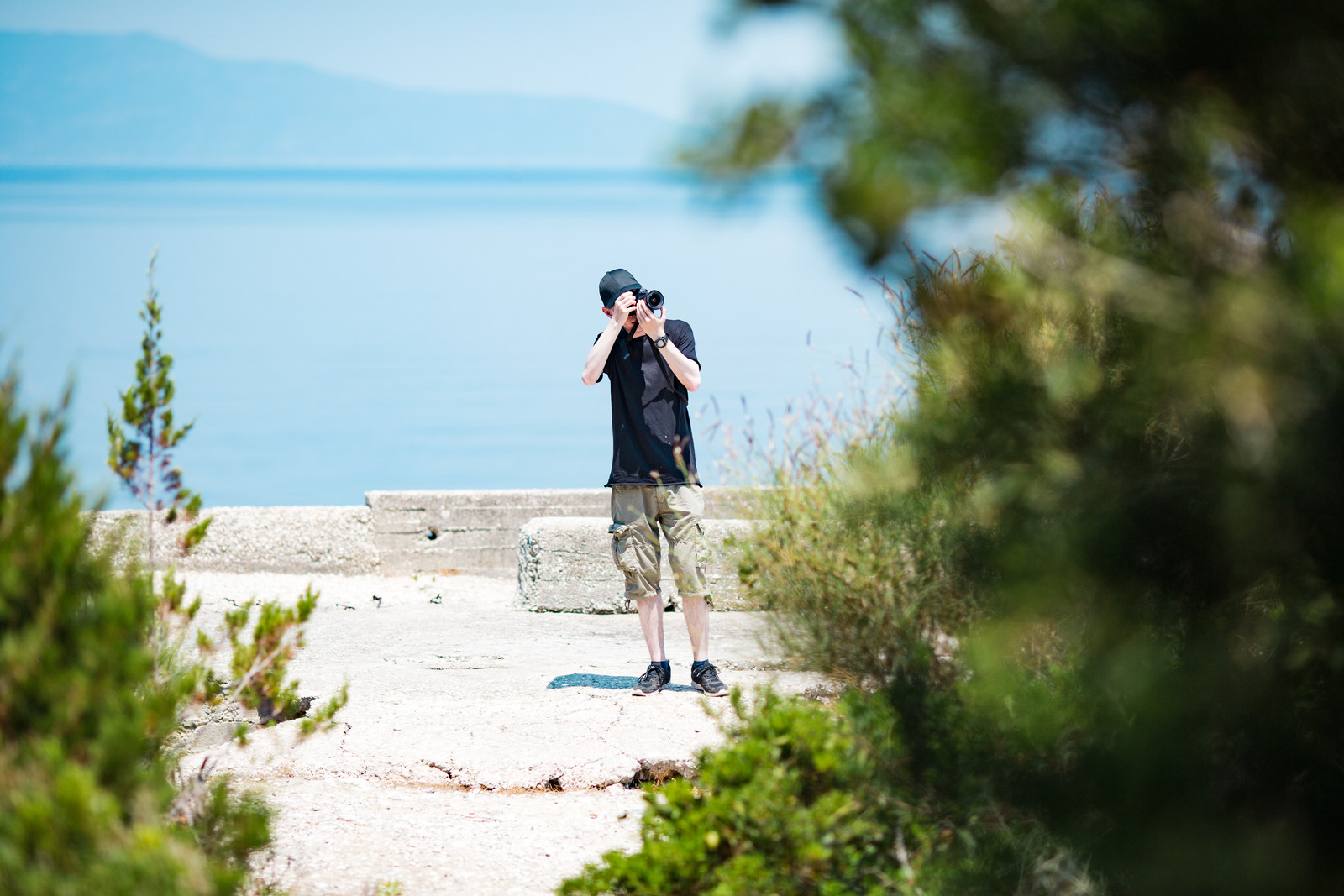 After we had gotten back to the car, we saw a smaller road that was a little further, but we decided to walk down anyways with no destination in view. We found the memorial plaque that was set up for Kefalonian citizens harbouring a survivor of a British submarine during World War 2, even if that basically made them traitors in the eyes of the Germans that had occupied Kefalonia.

We were told that some of the older locals still hold a grudge against Germans and that we should tell people we're from Denmark if asked. Everybody we told that we were German though was really nice to us.

In honour of the Kefalonians that put courage before fear 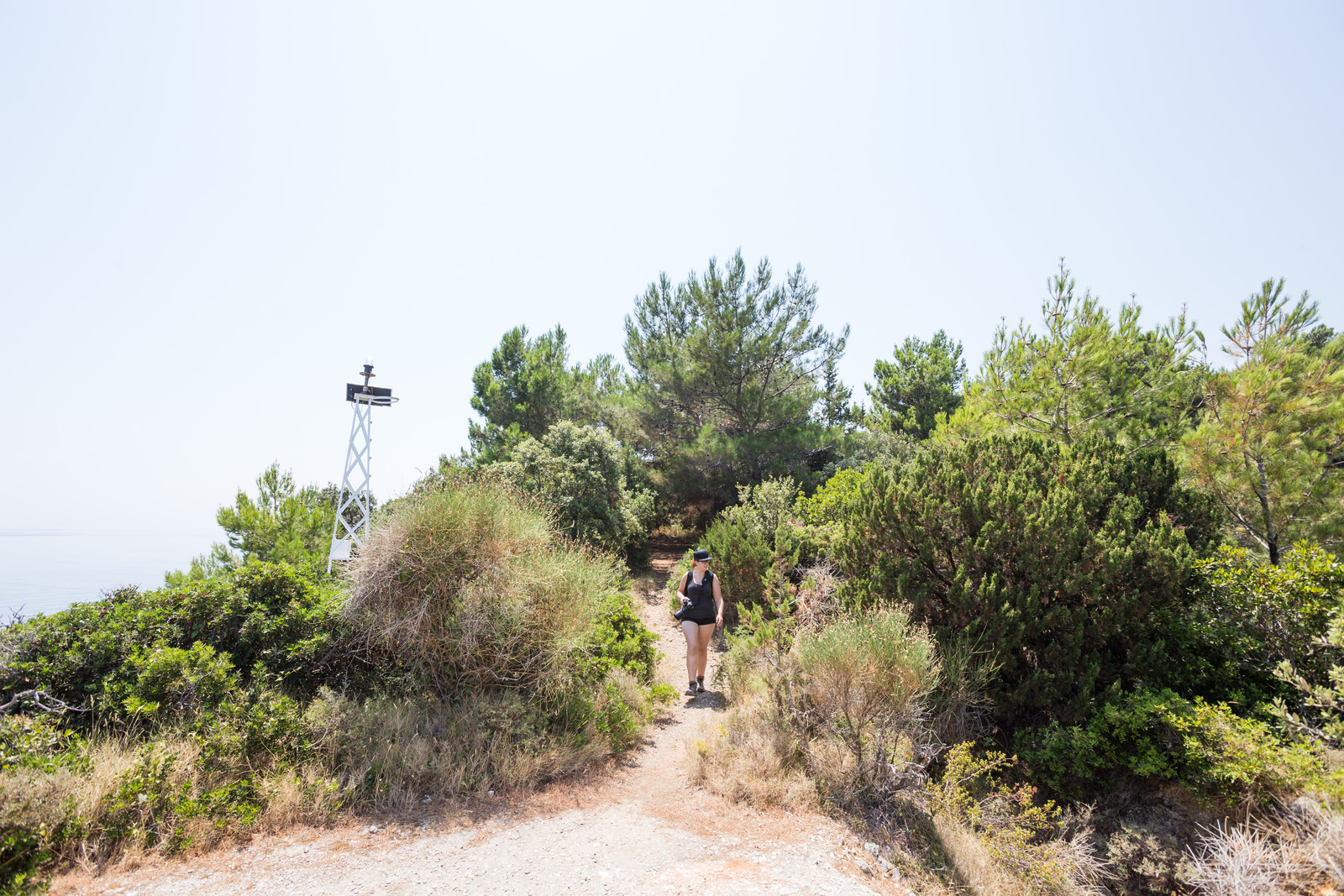 Walking a bit further we found ourselves on top of an old bunker directly built into the coast. 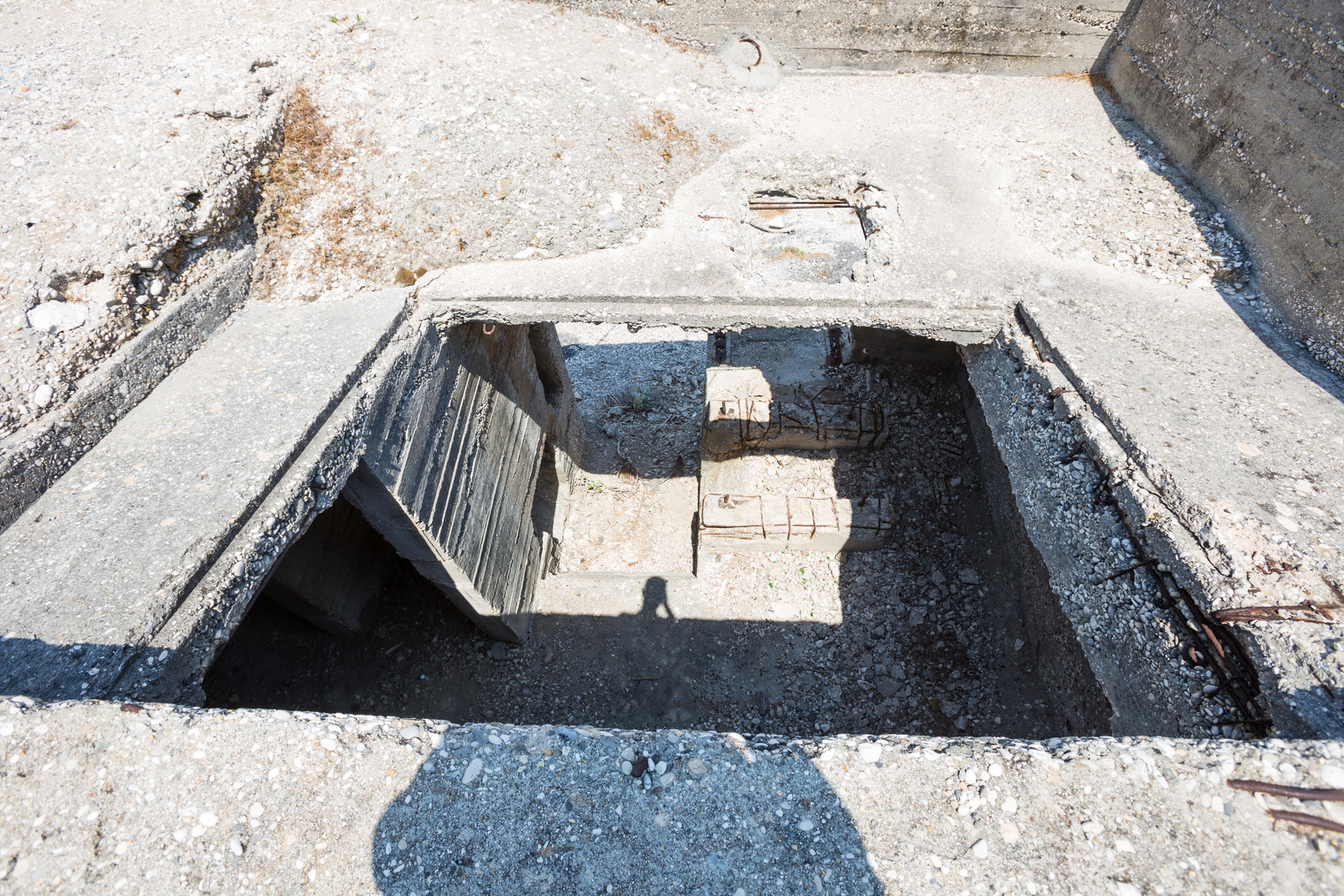 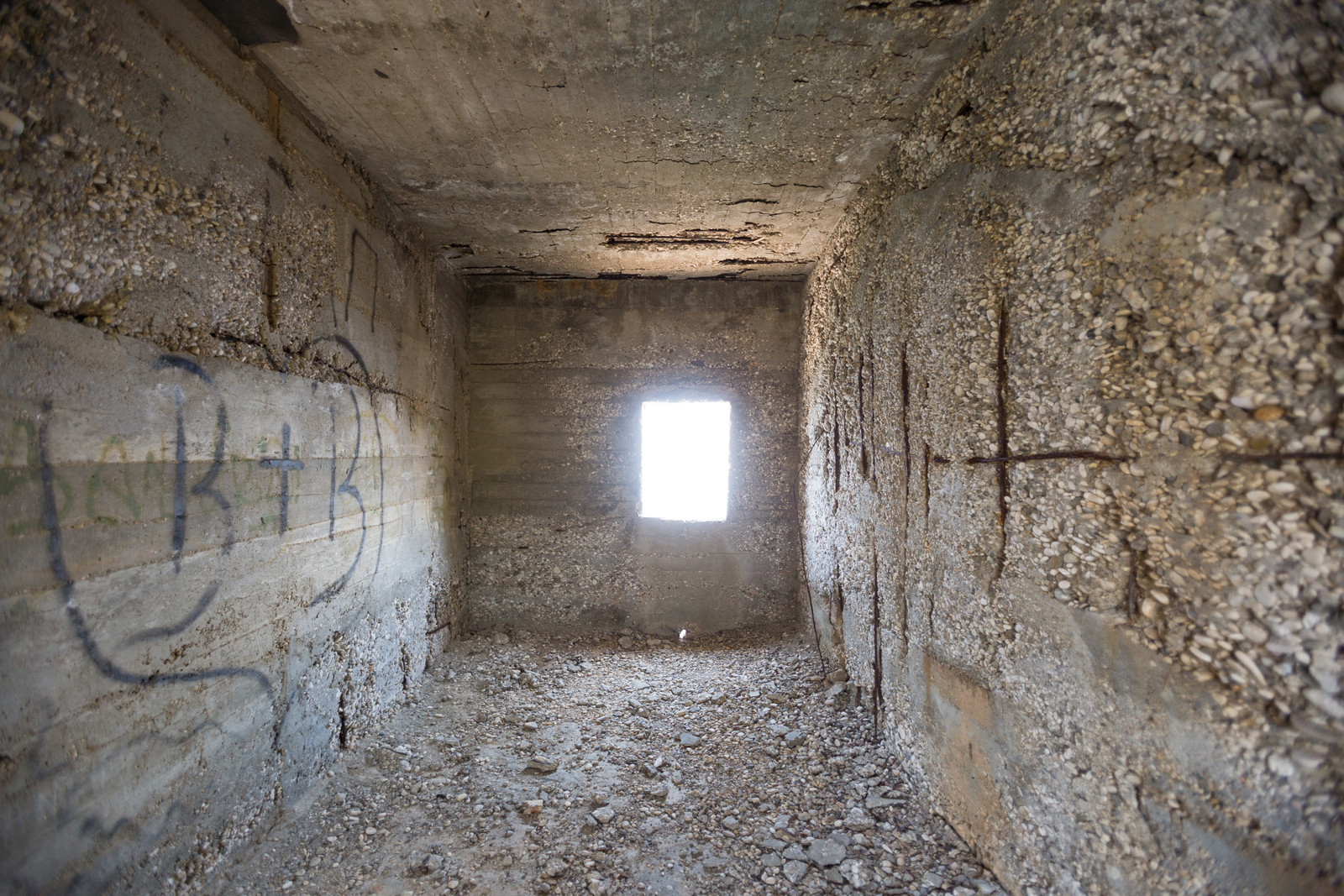 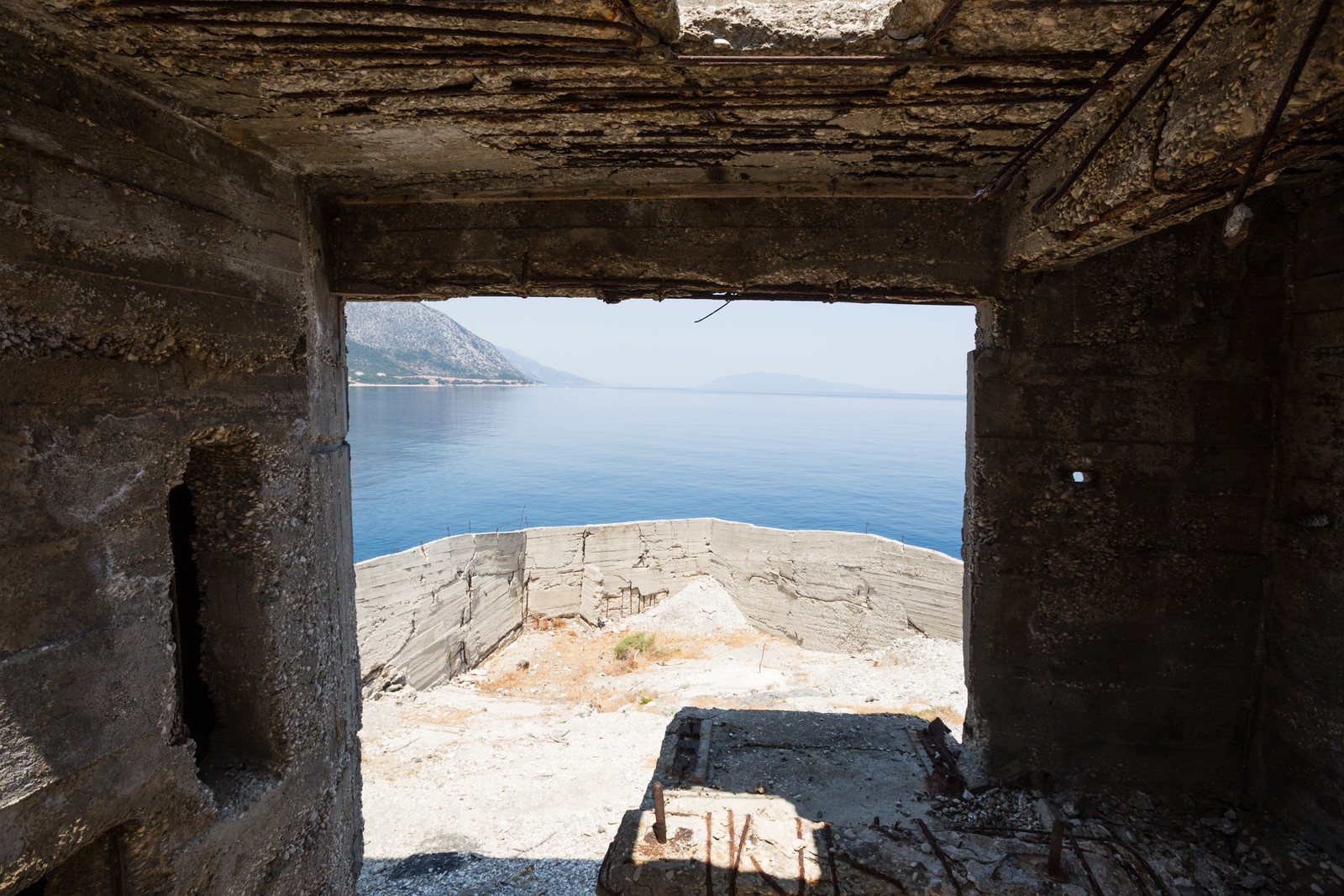 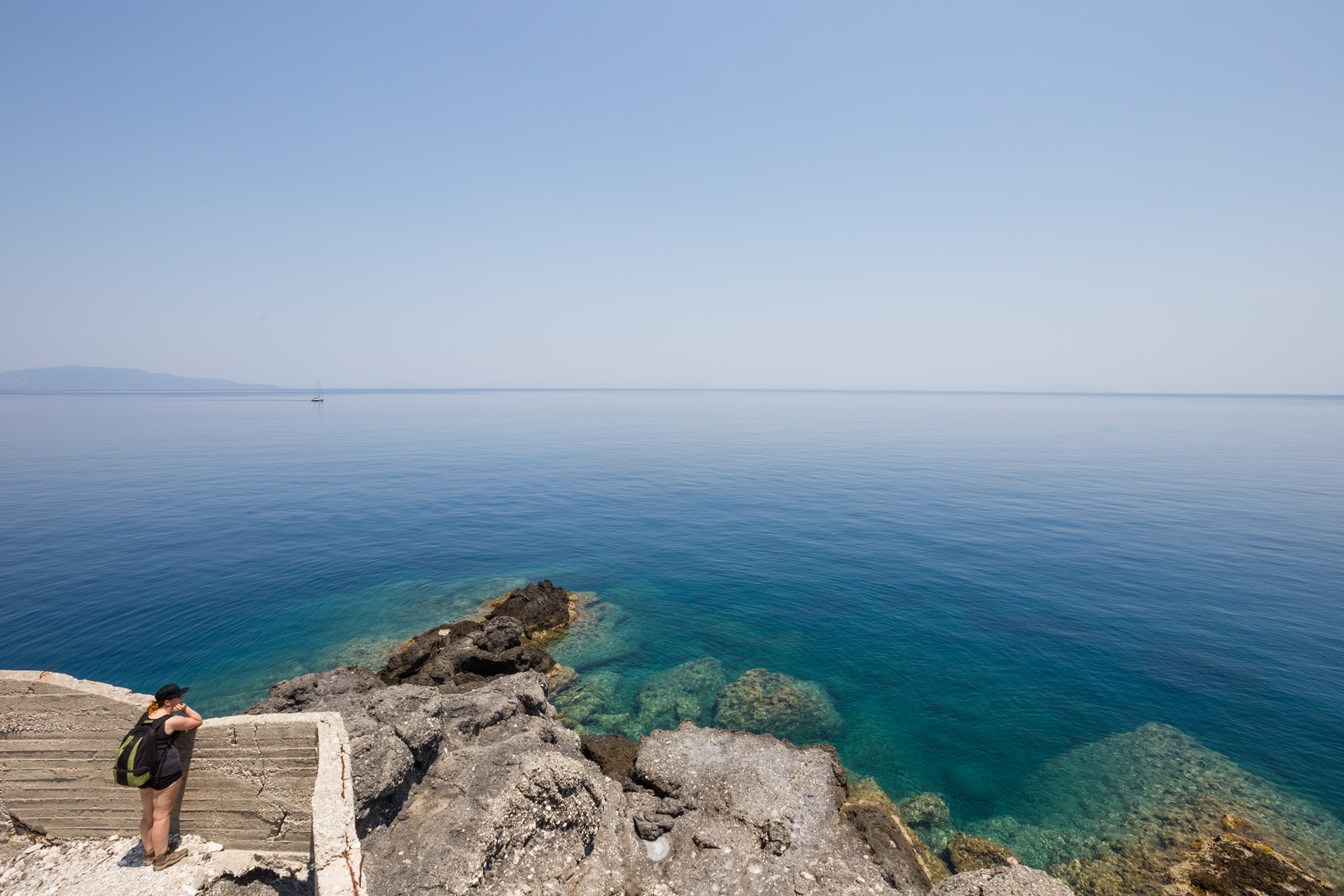 Climbing down a small path that literally consisted of bunker rubble on the steep hill we could get into the bunker and the inner part of the outer walls. To get this shot I climbed over the wall and went down the cliff a bit. 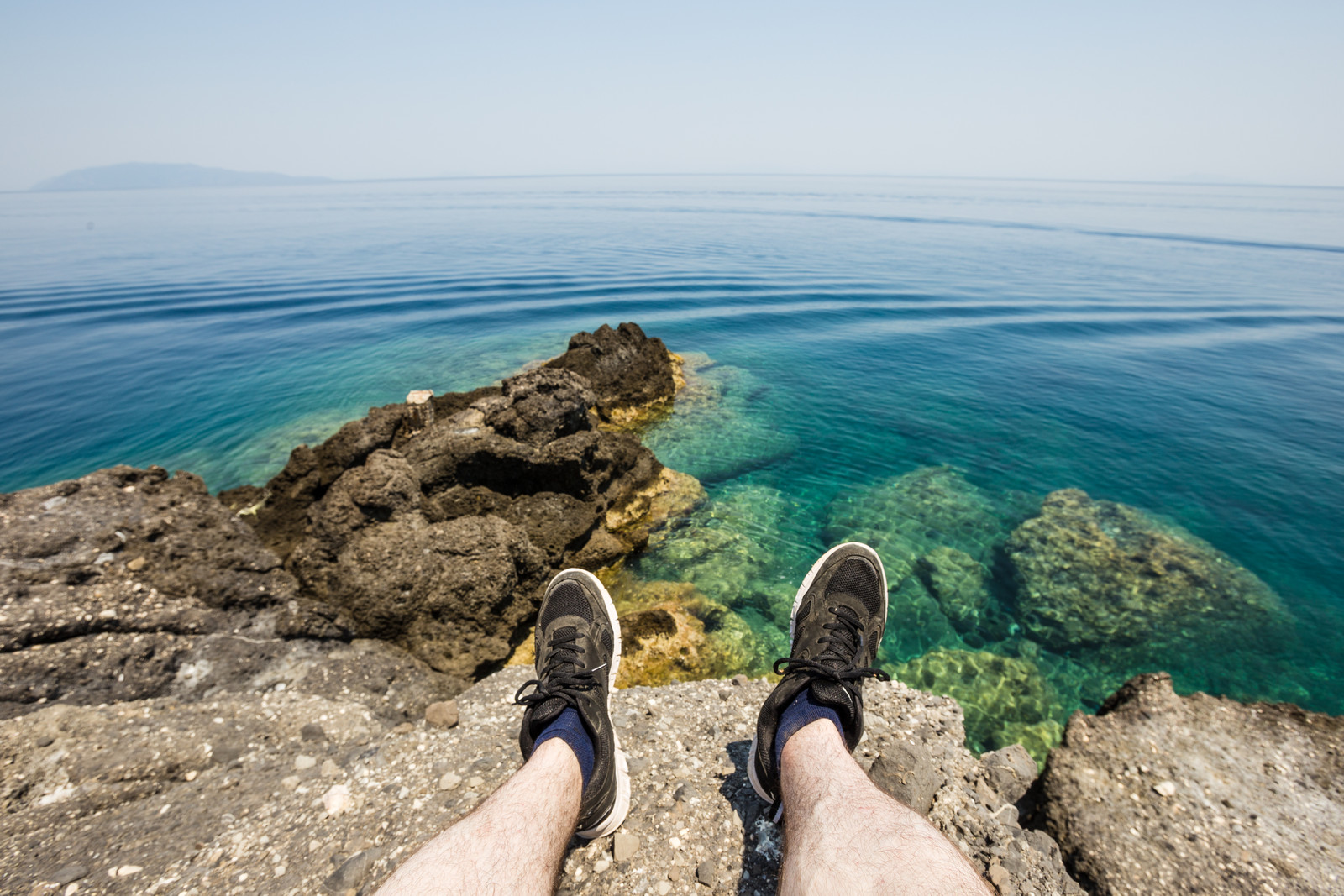 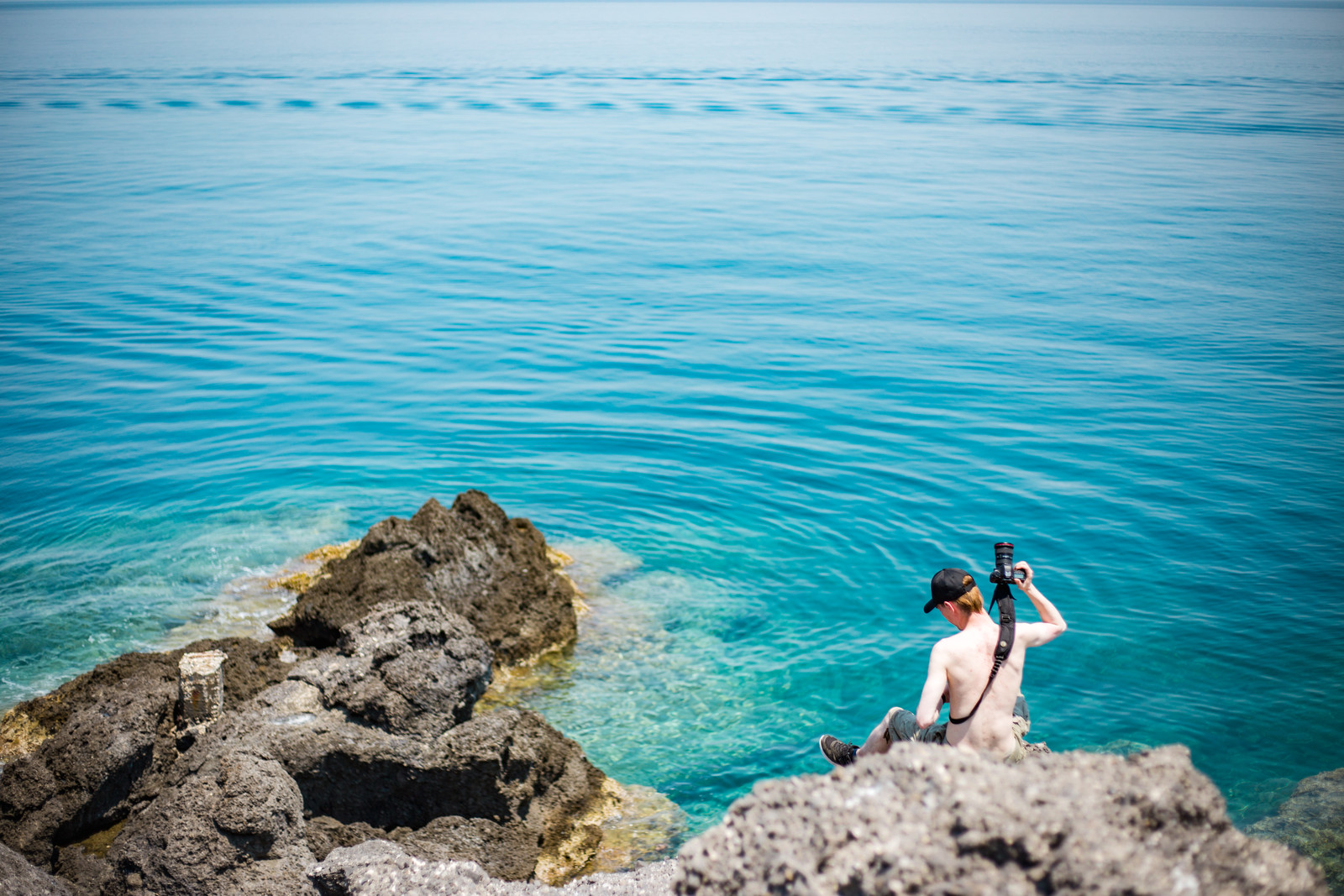 This was probably one of the most adrenaline rushing parts of our journey, because the cliffs are everything but safe or easy to climb on and if you fall off, you fall deep and possibly even land in the water unconscious. 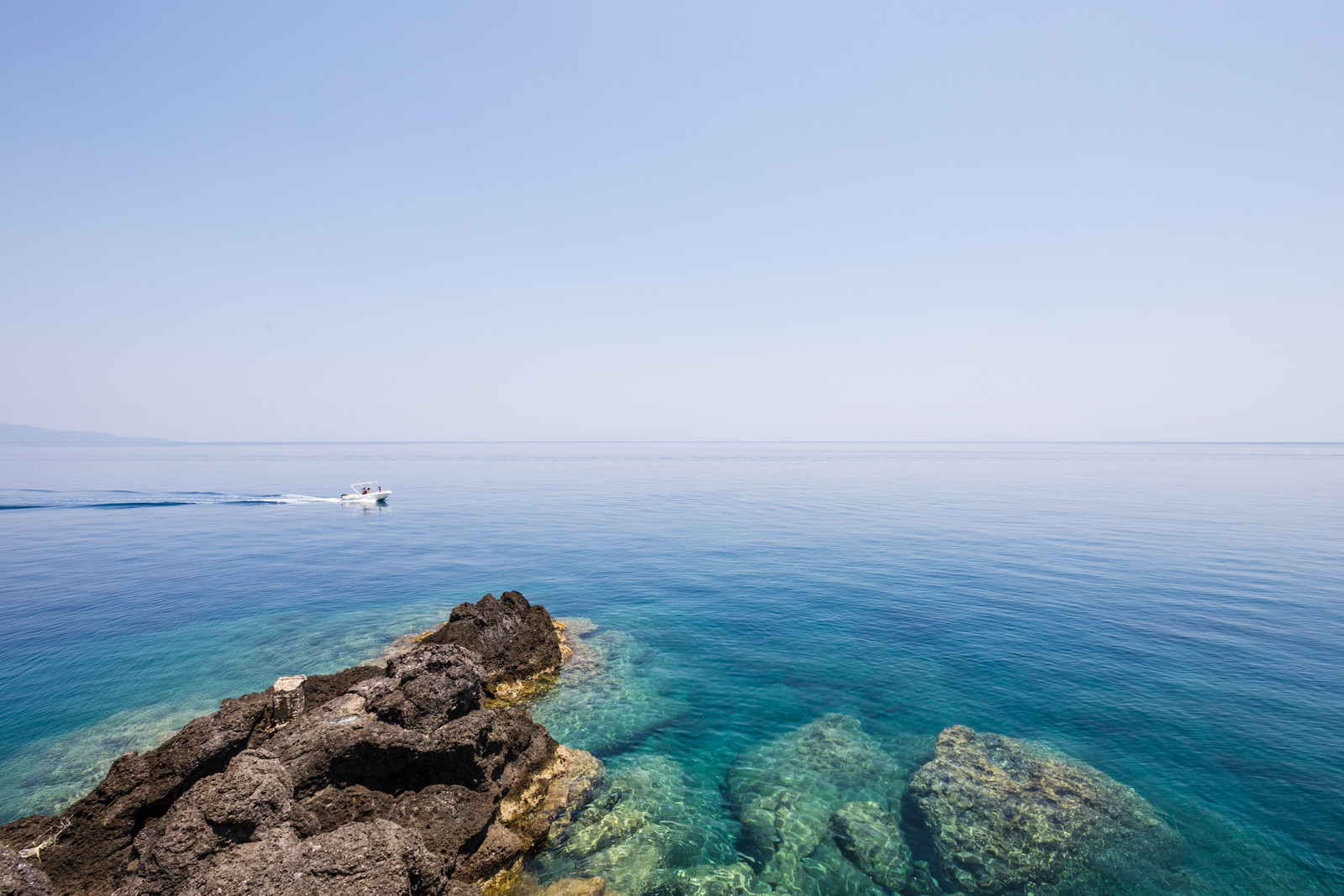 Not tempting fate too much I didn't climb all the way down without a rope or the right shoes for this kind of thing. Super happy we went there on a hunch!

If you want to visit the bunker and cliffs yourself, see the location below:

If you want to know more about the HMS Perseus (N36), Wikipedia has a pretty good page.