Last Saturday we did a Blade Runner Cosplay shoot with lots of different costumes and light. The model behind it all is Lærke from Mai's Cosplay. 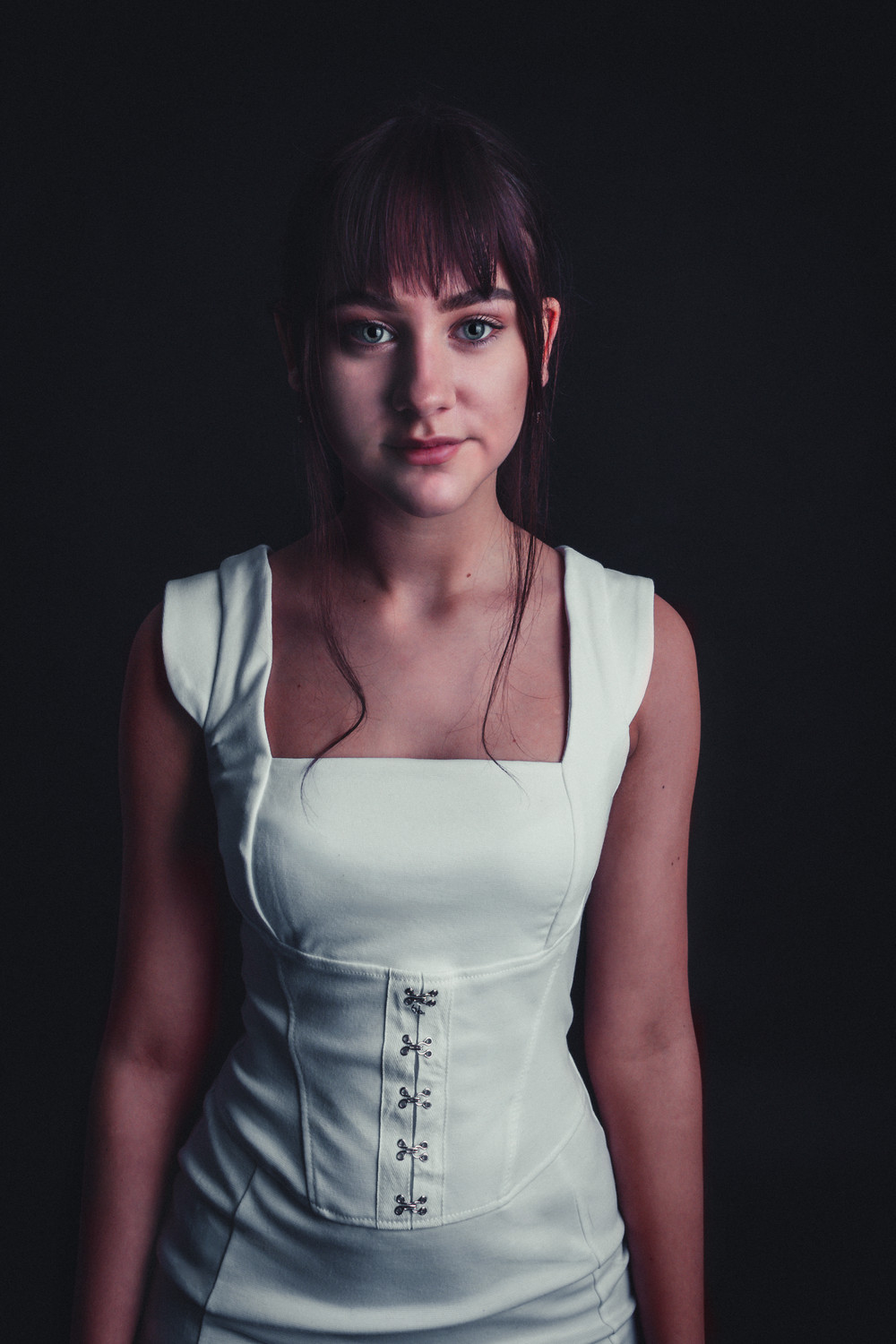 It was a ton of fun to play with the different setups and given that Lærke is a true chameleon and could slip into different characters with matching facial expressions and poses it was practically impossible to exhaust the possibilities for interesting shots.

Joi, the trusty companion of K in the Blade Runner 2049 movie, is basically a projection and not an android and is a bit distant from reality, often being romantic and naive. 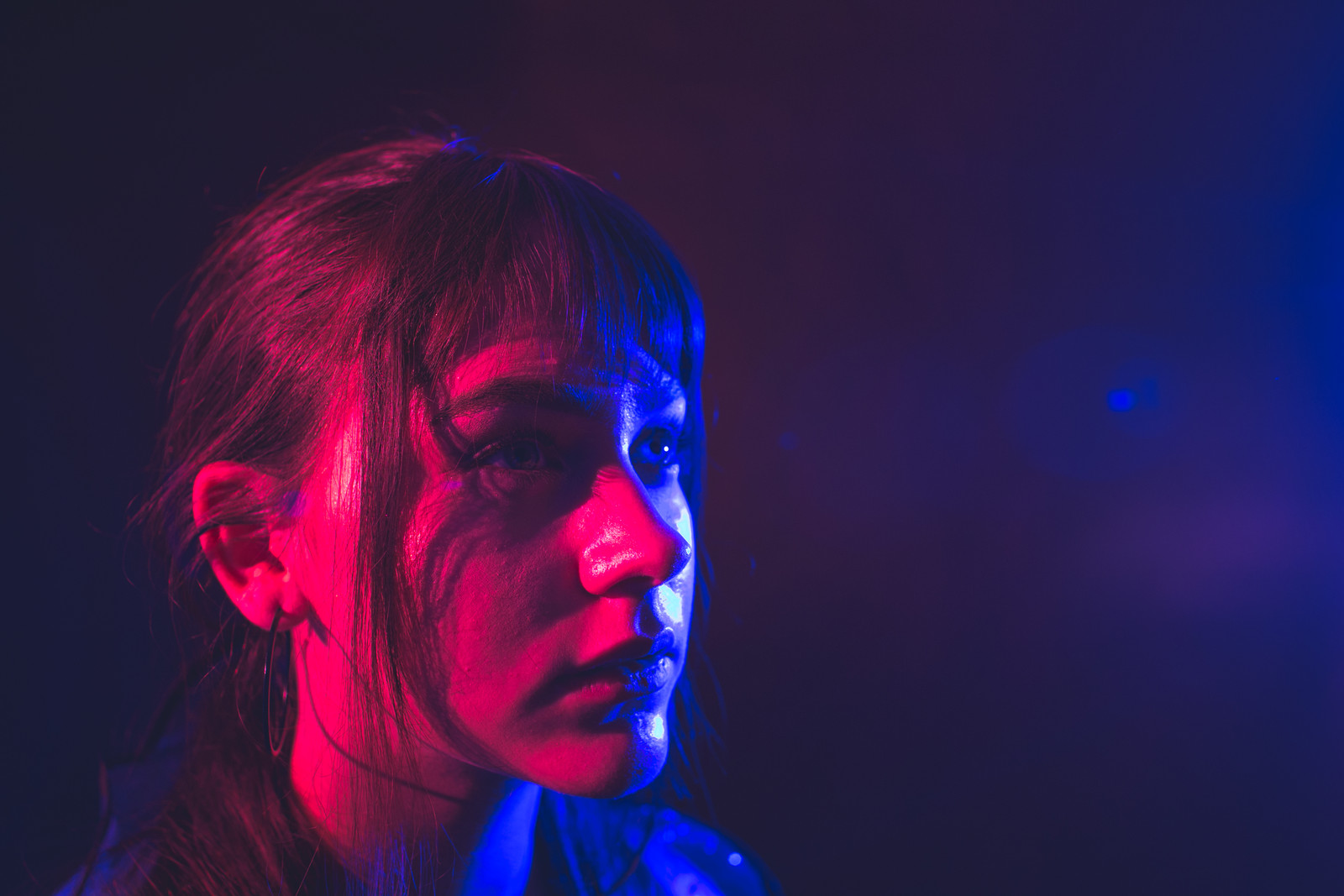 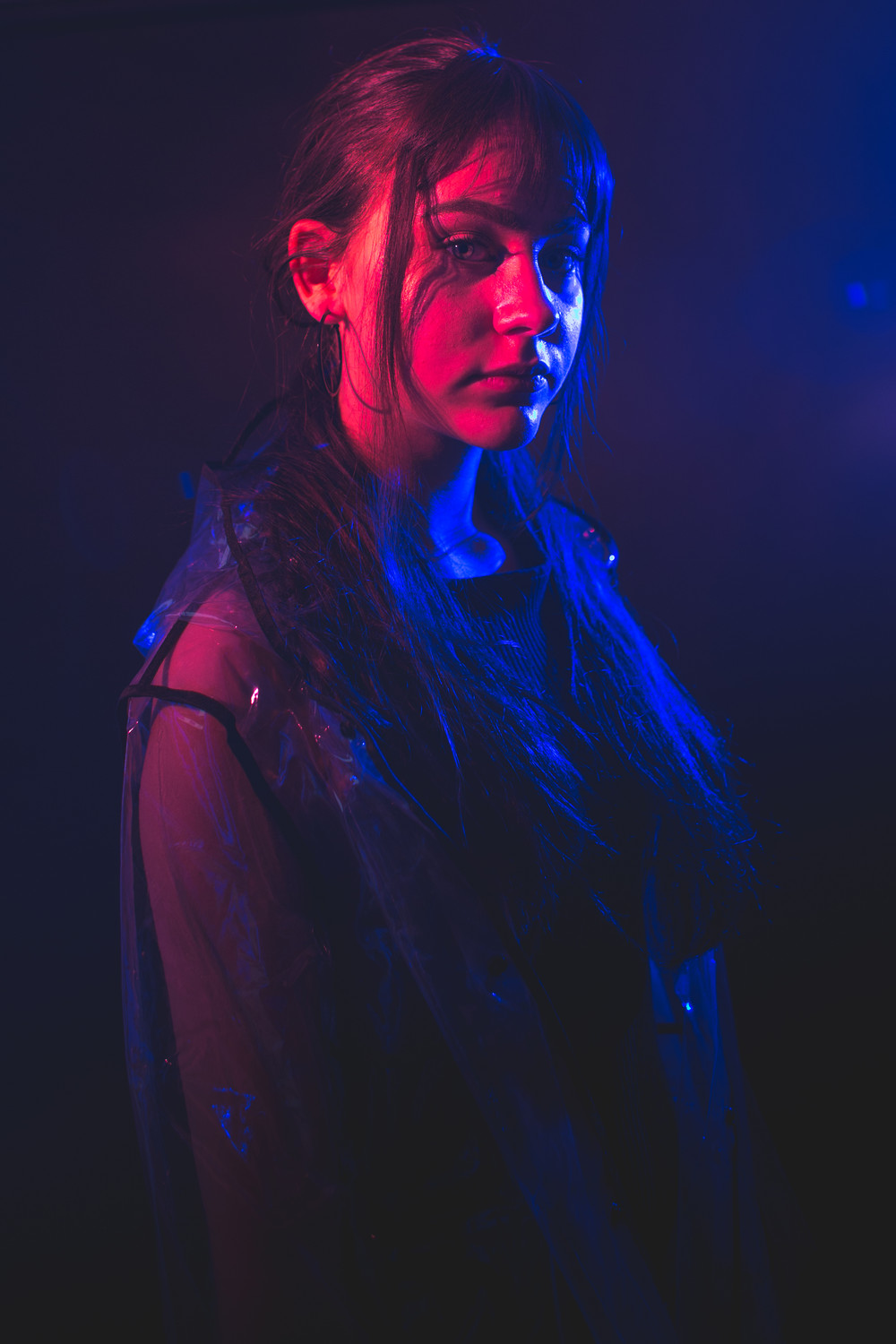 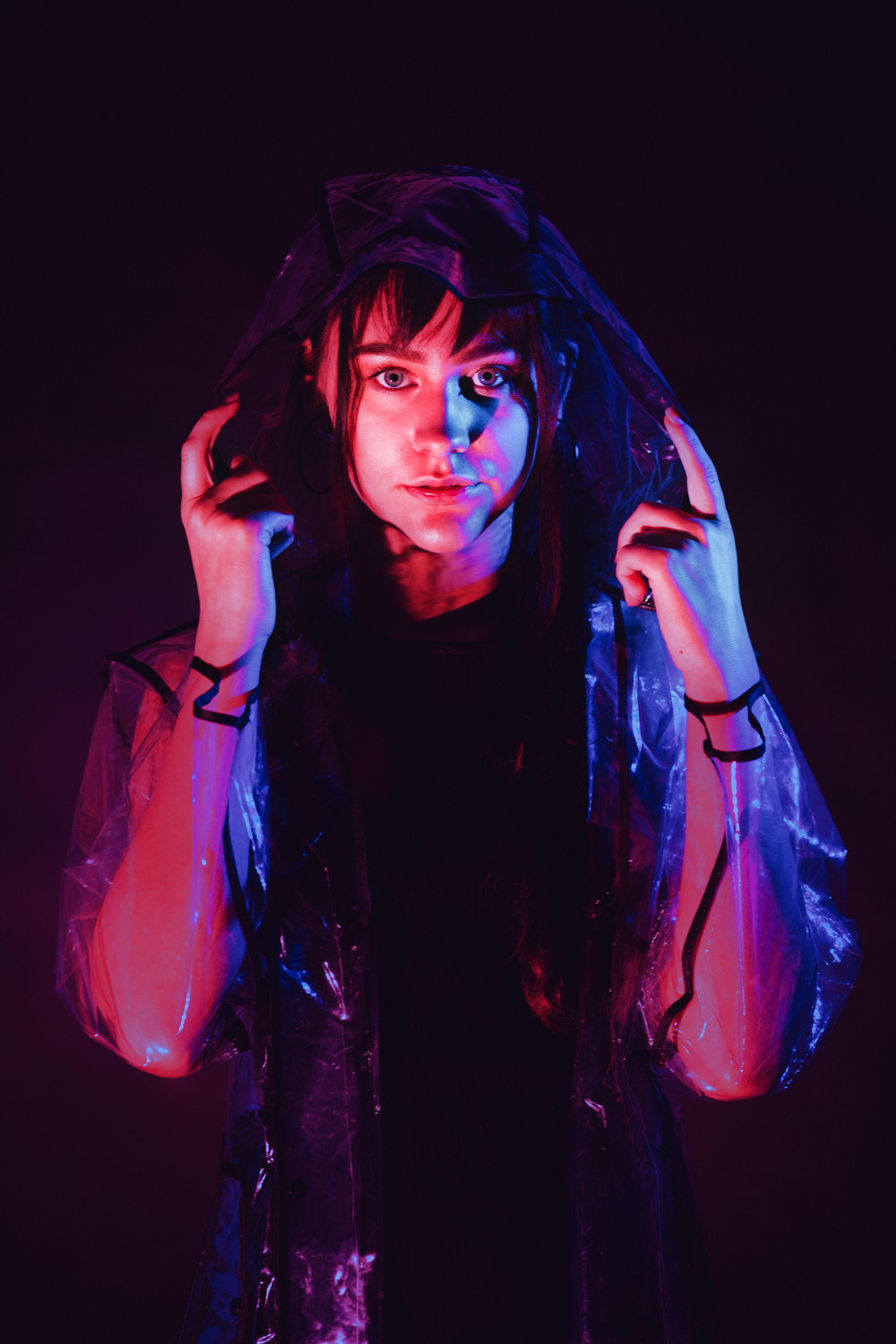 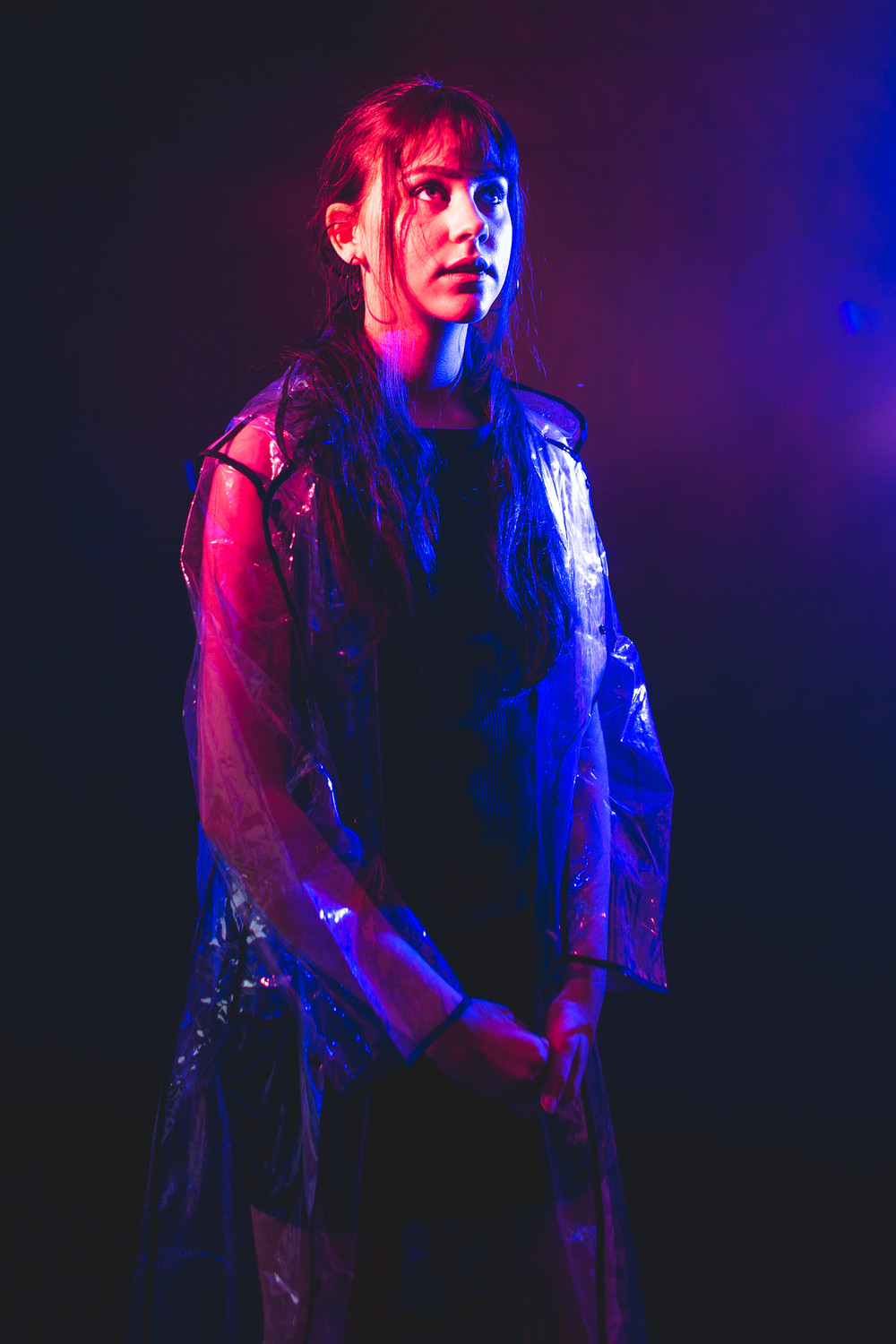 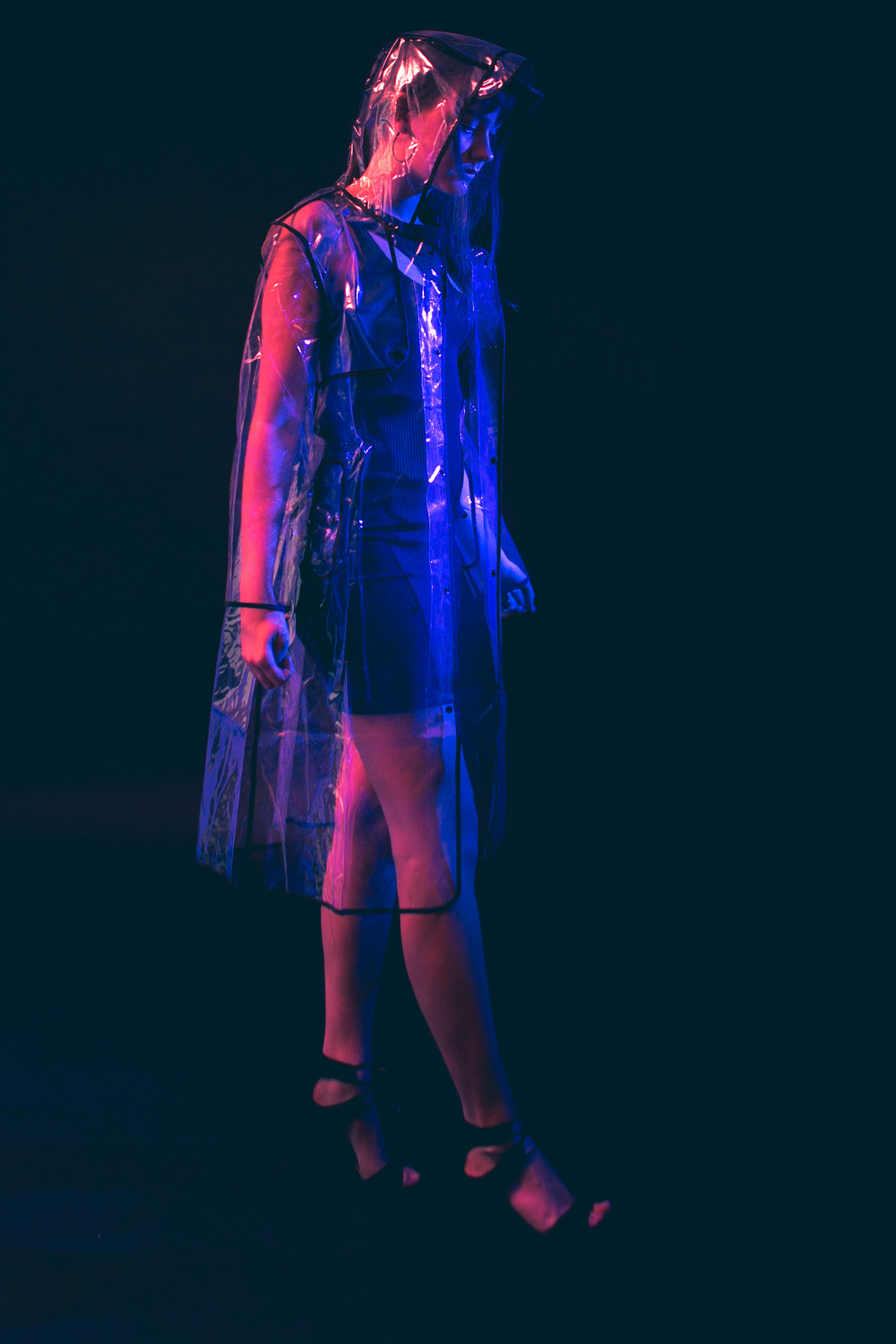 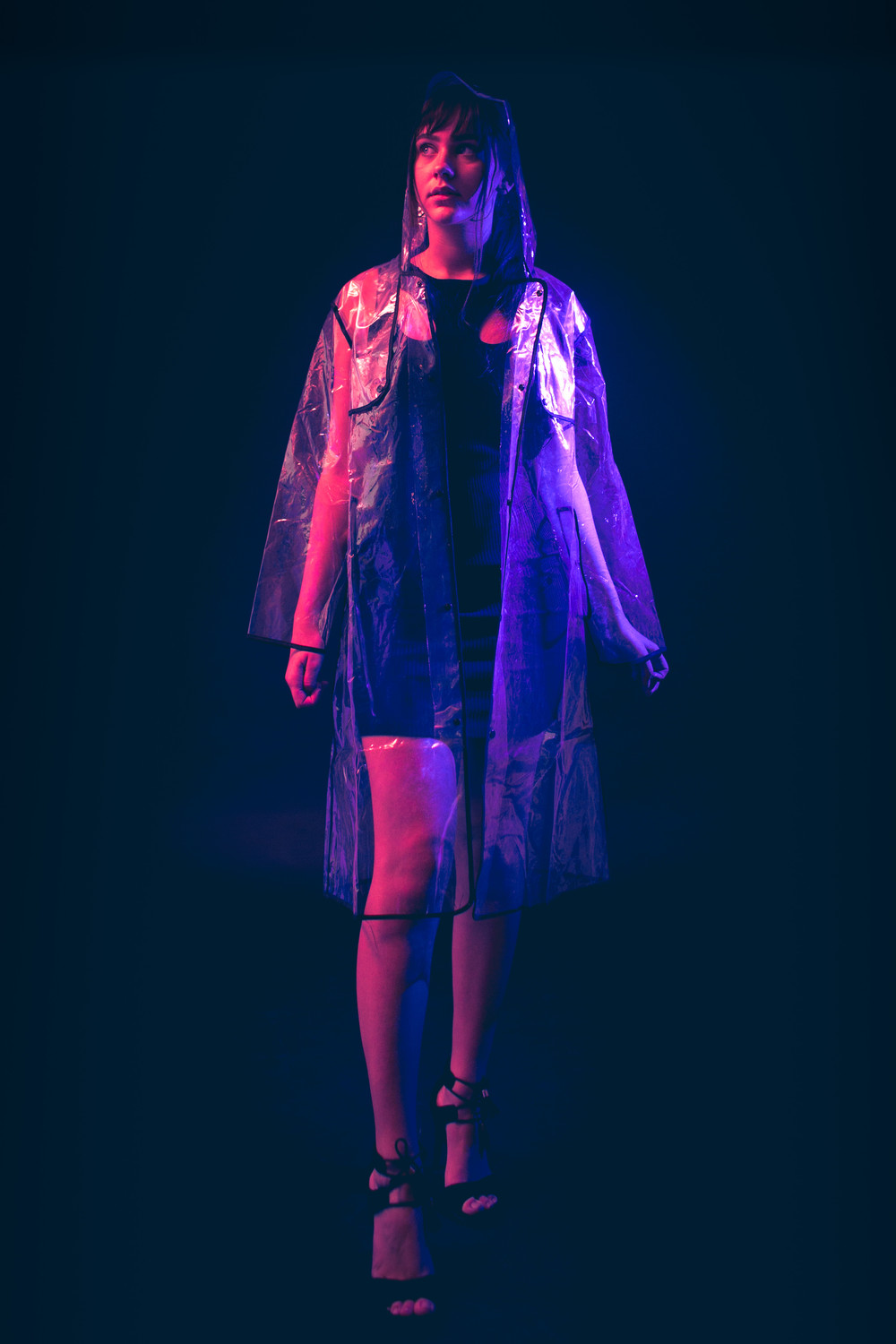 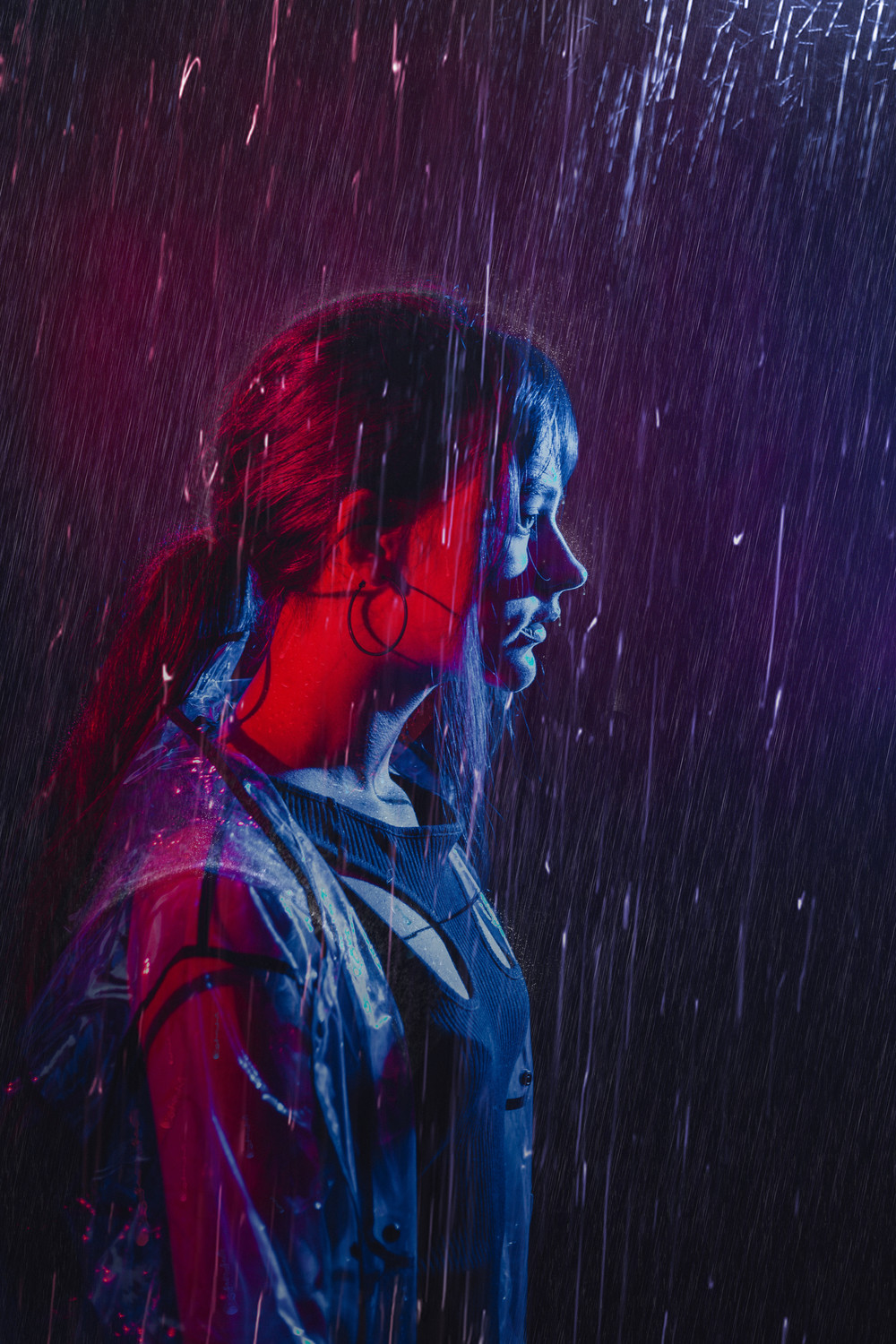 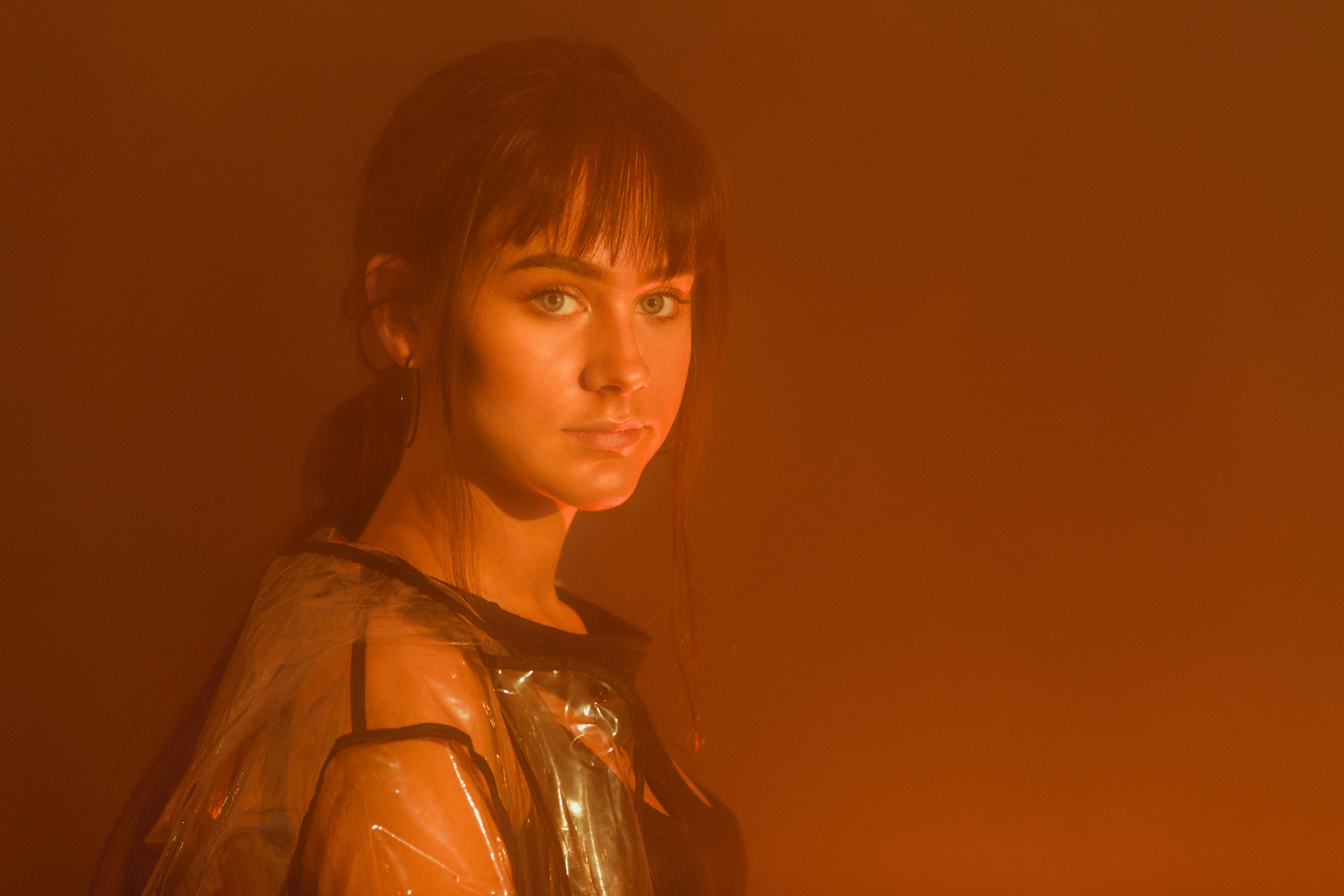 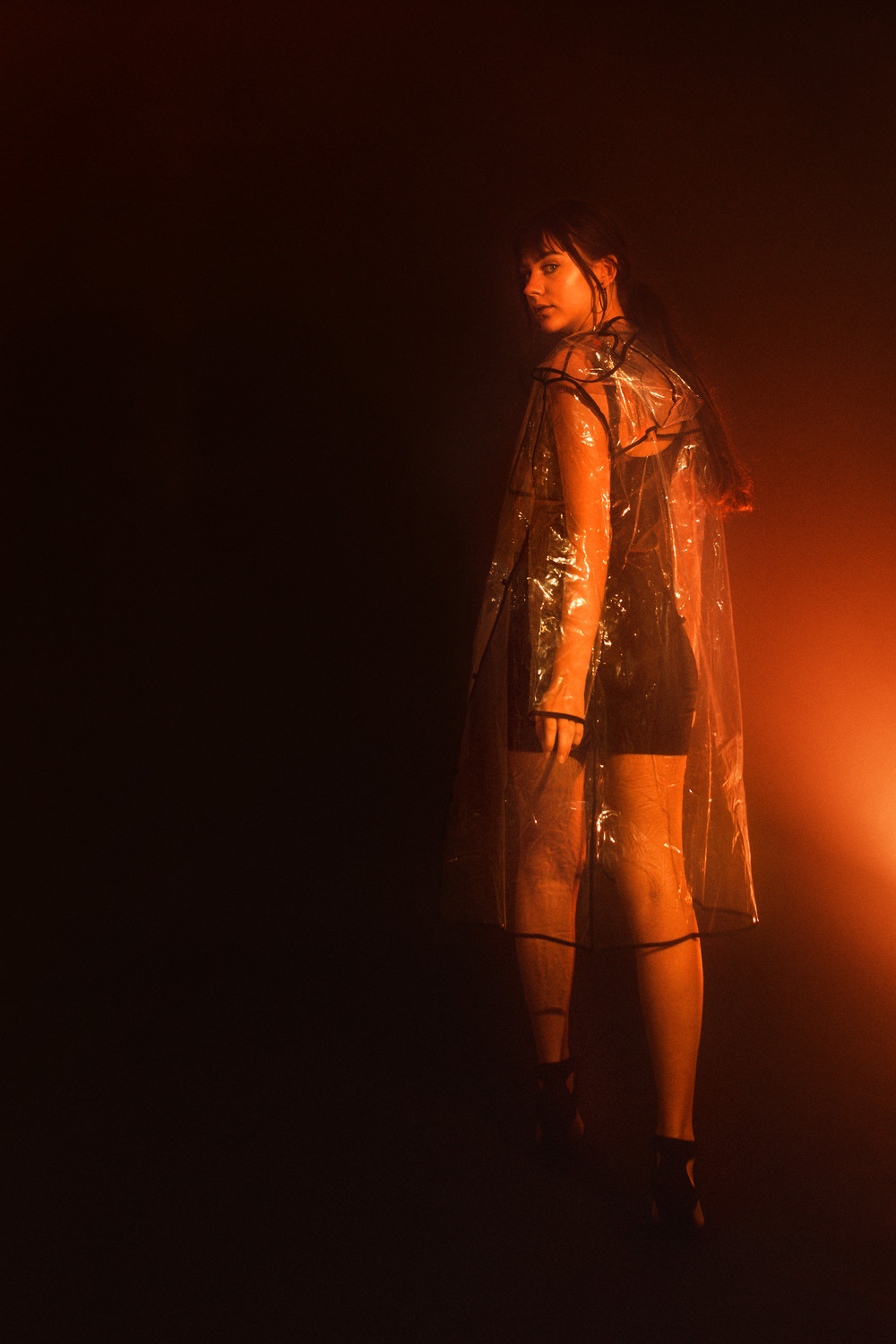 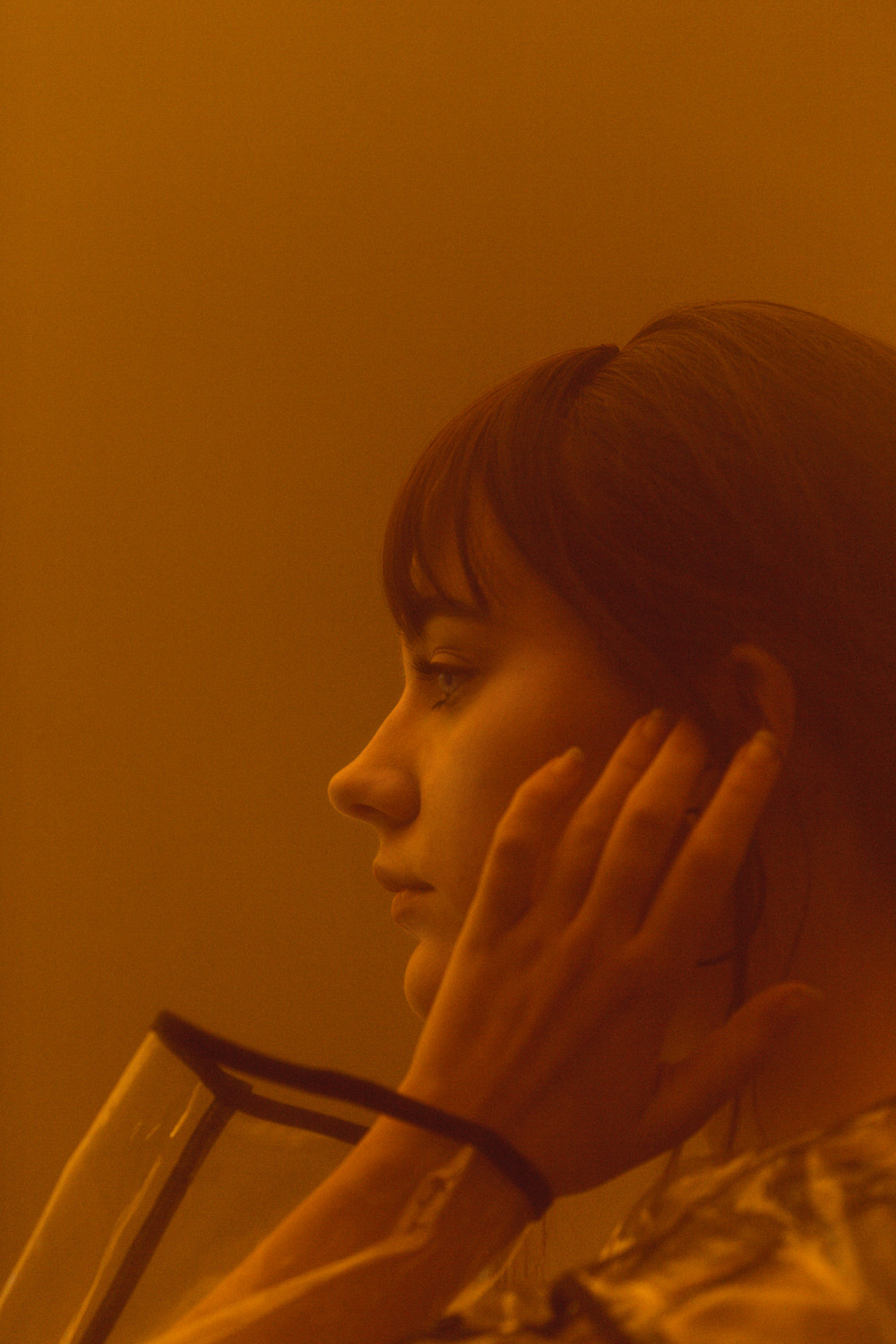 This shot was actually a mistake. The flashs didn't fire, so the photo turned out almost completely black. By pulling up the exposure in Lightroom and adjusting the color, a mood was created that actually resembles the one in the movie (Blade Runner 2049) more then the photos taken with flash.

Luv is the mercenary style assistant of Mr. Wallace and both appears as a soldier type character and as a posh secretary. She is an android (hence the eye reflections)

We picked several outfits to portrait her different sides. 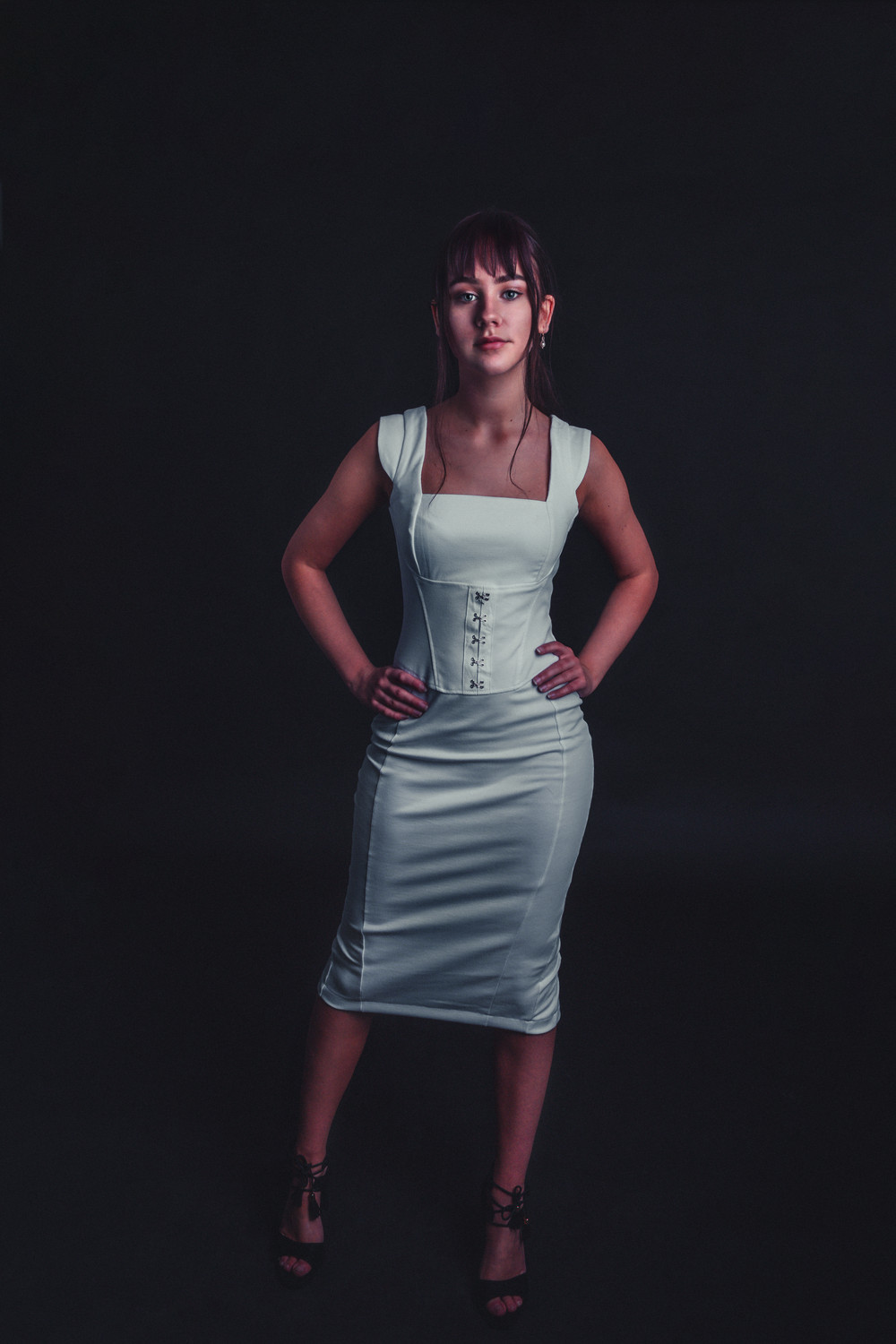 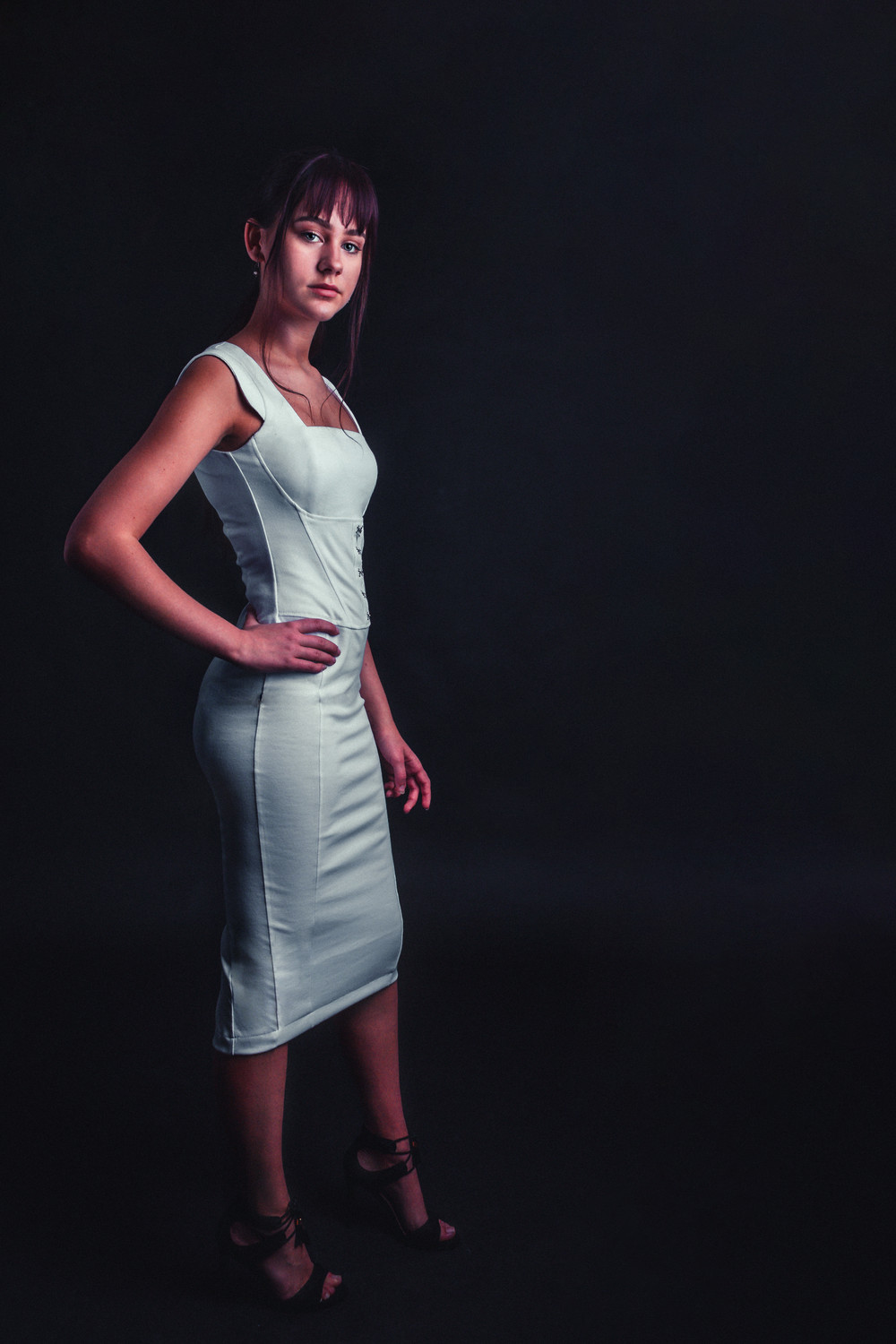 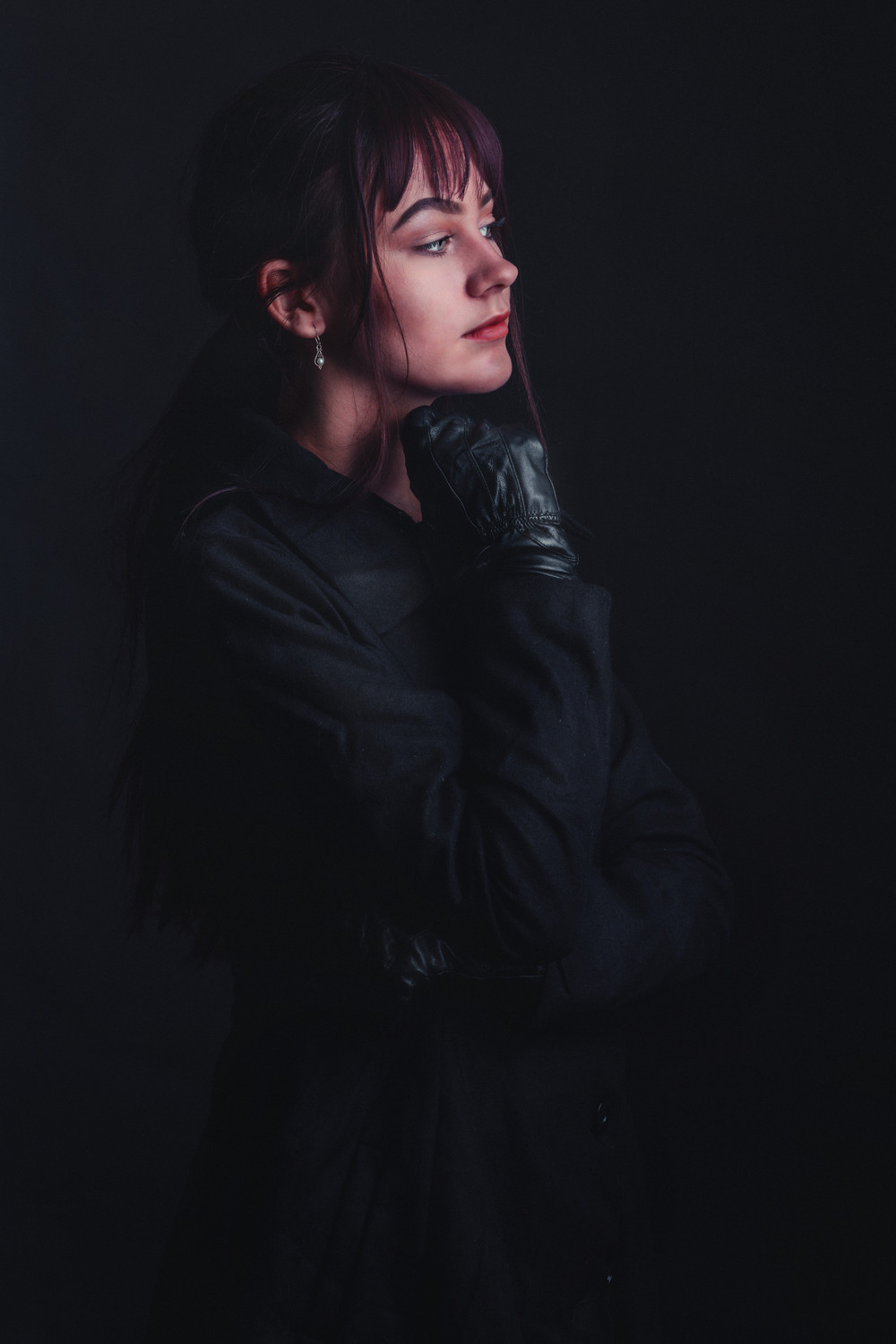 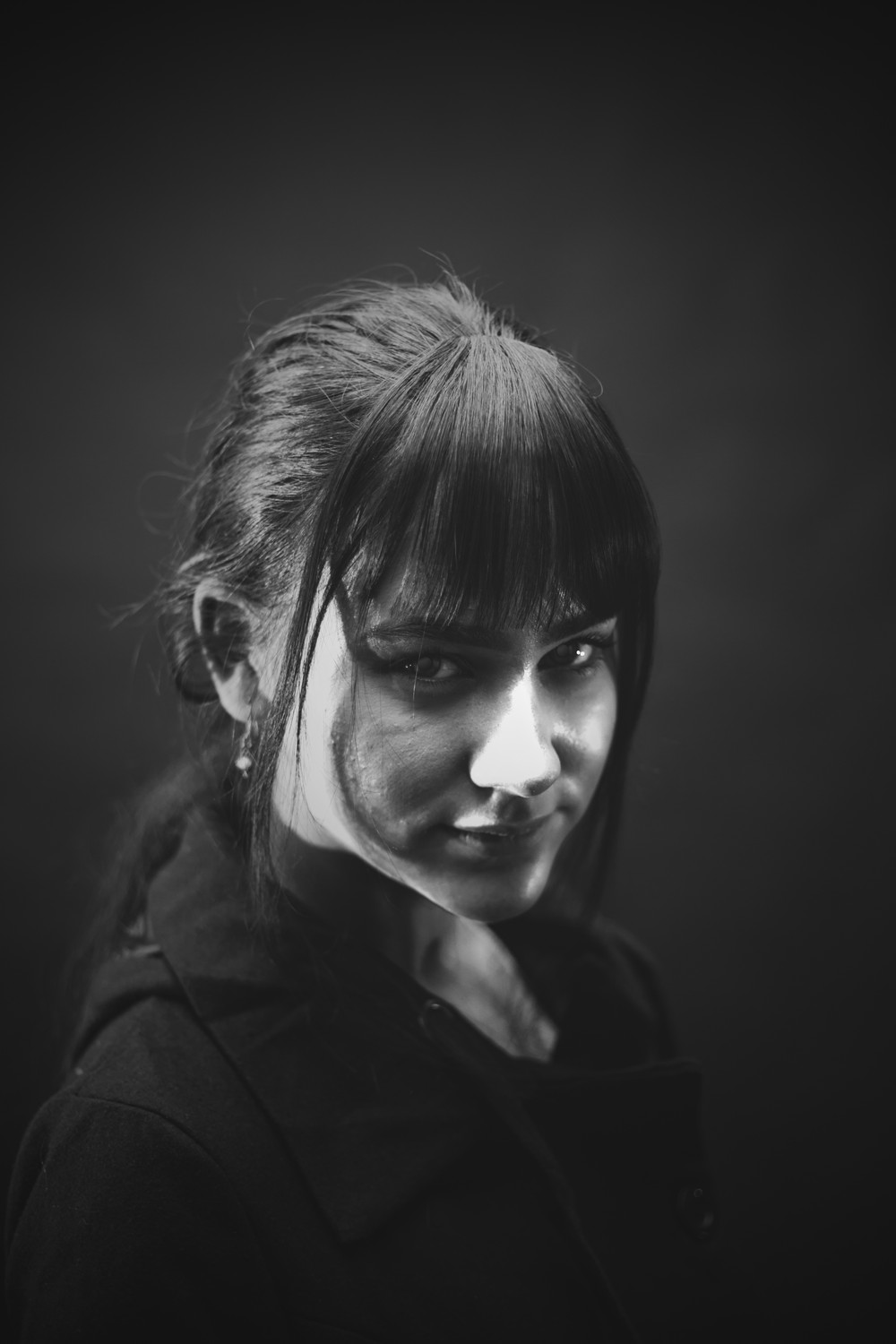 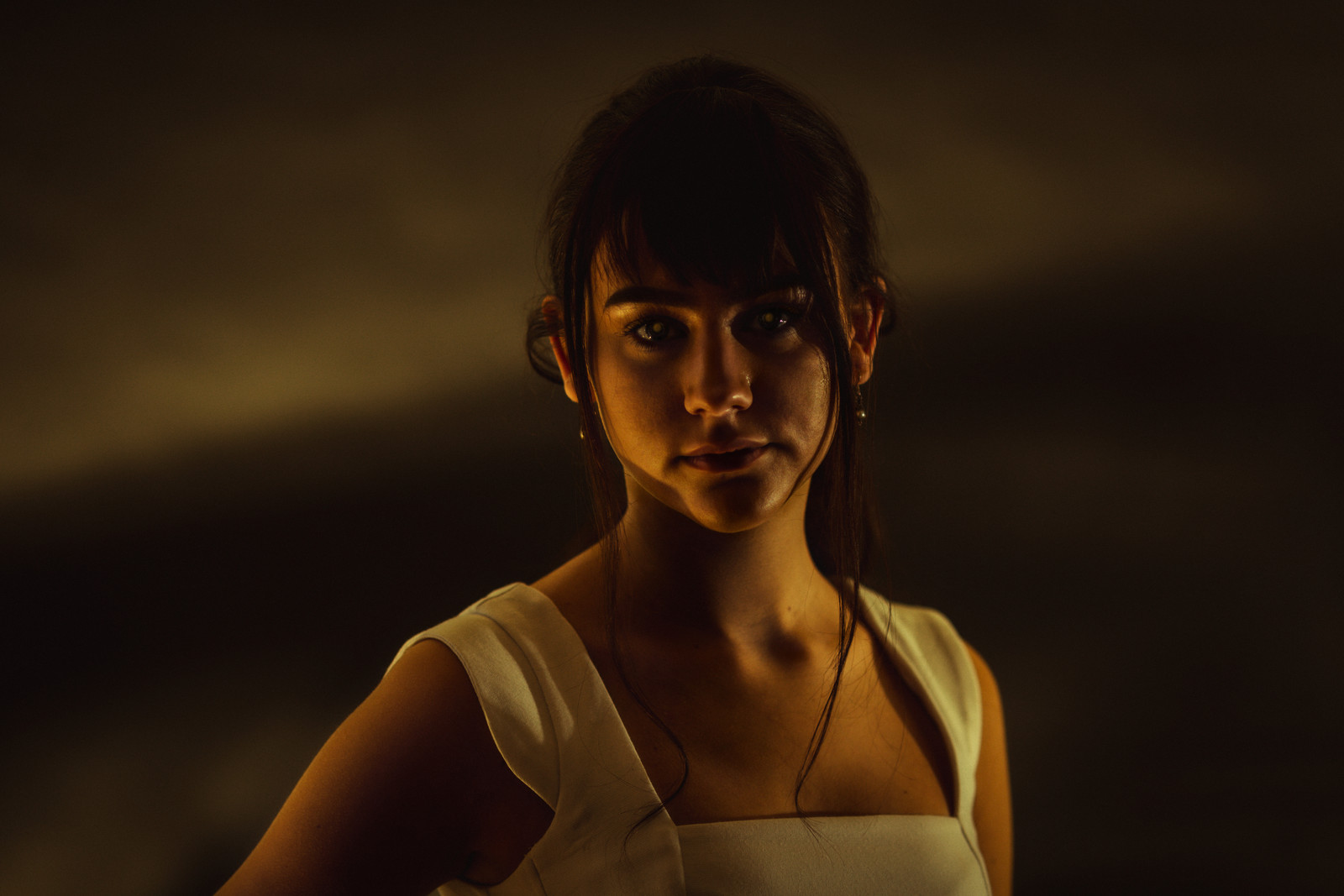 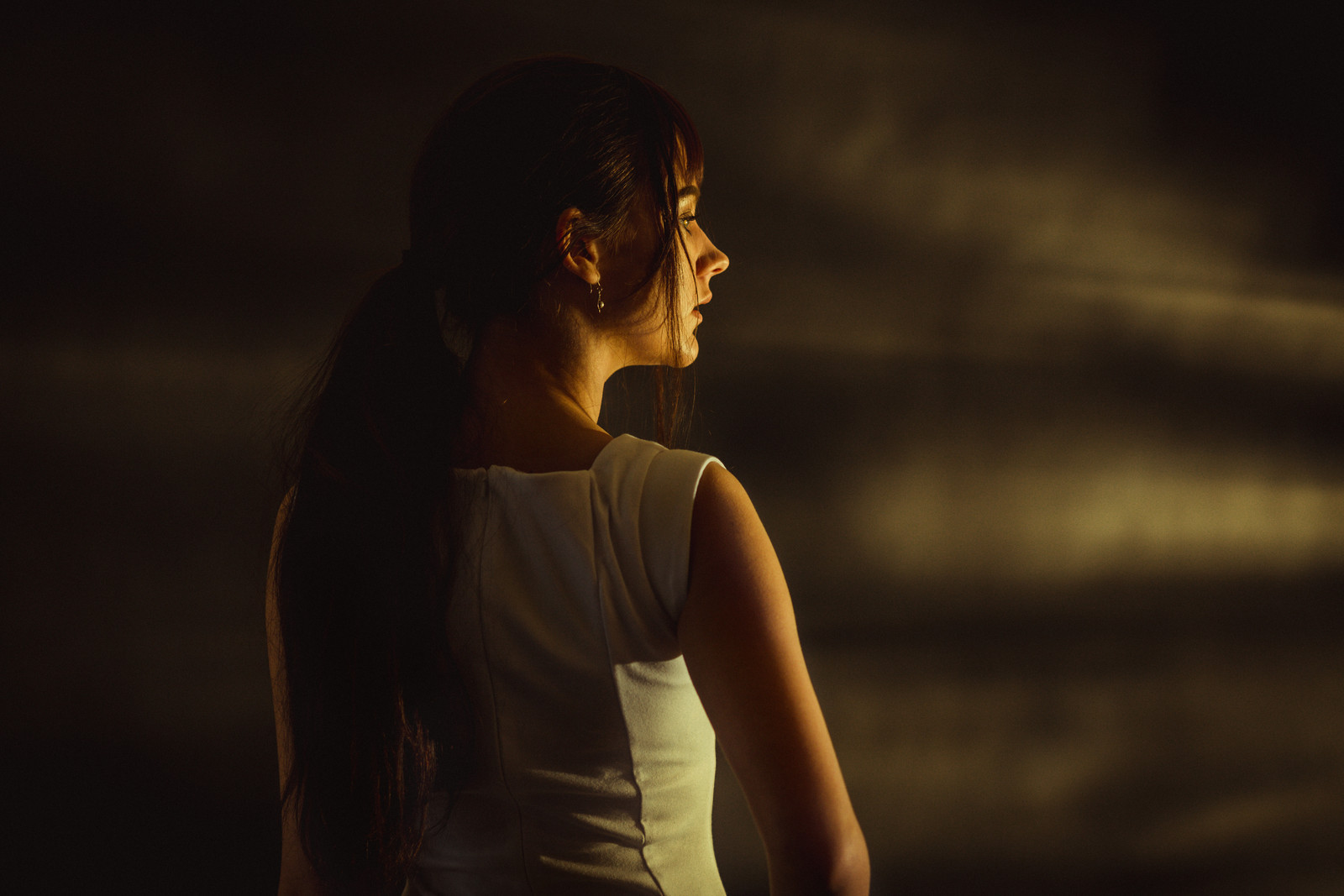 The prostitutes in Blade Runner play a strong role as a connection to the resistance and representing a secret agenda, instead of just being a toy or an instrument of pleasure, which we found quite cool. 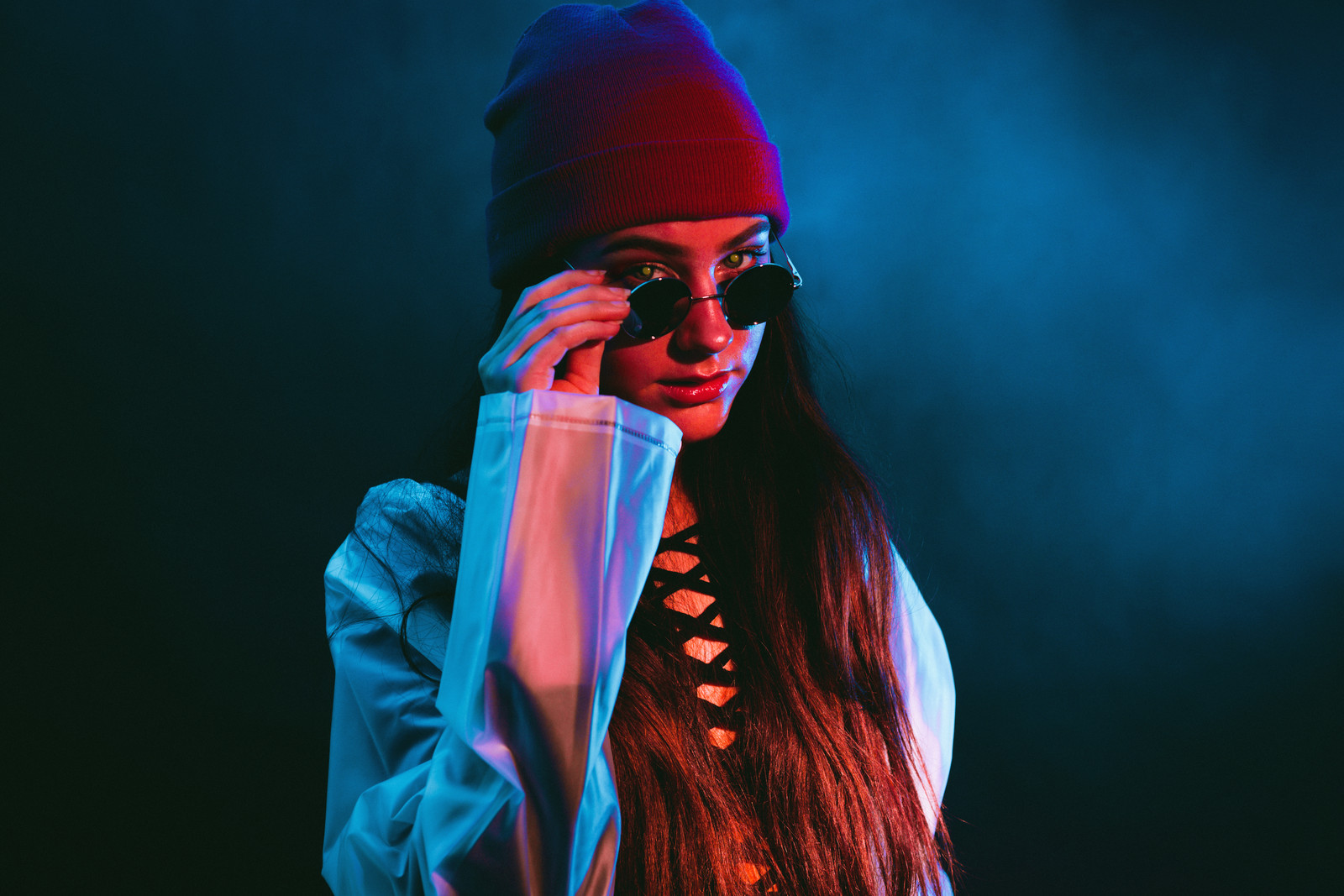 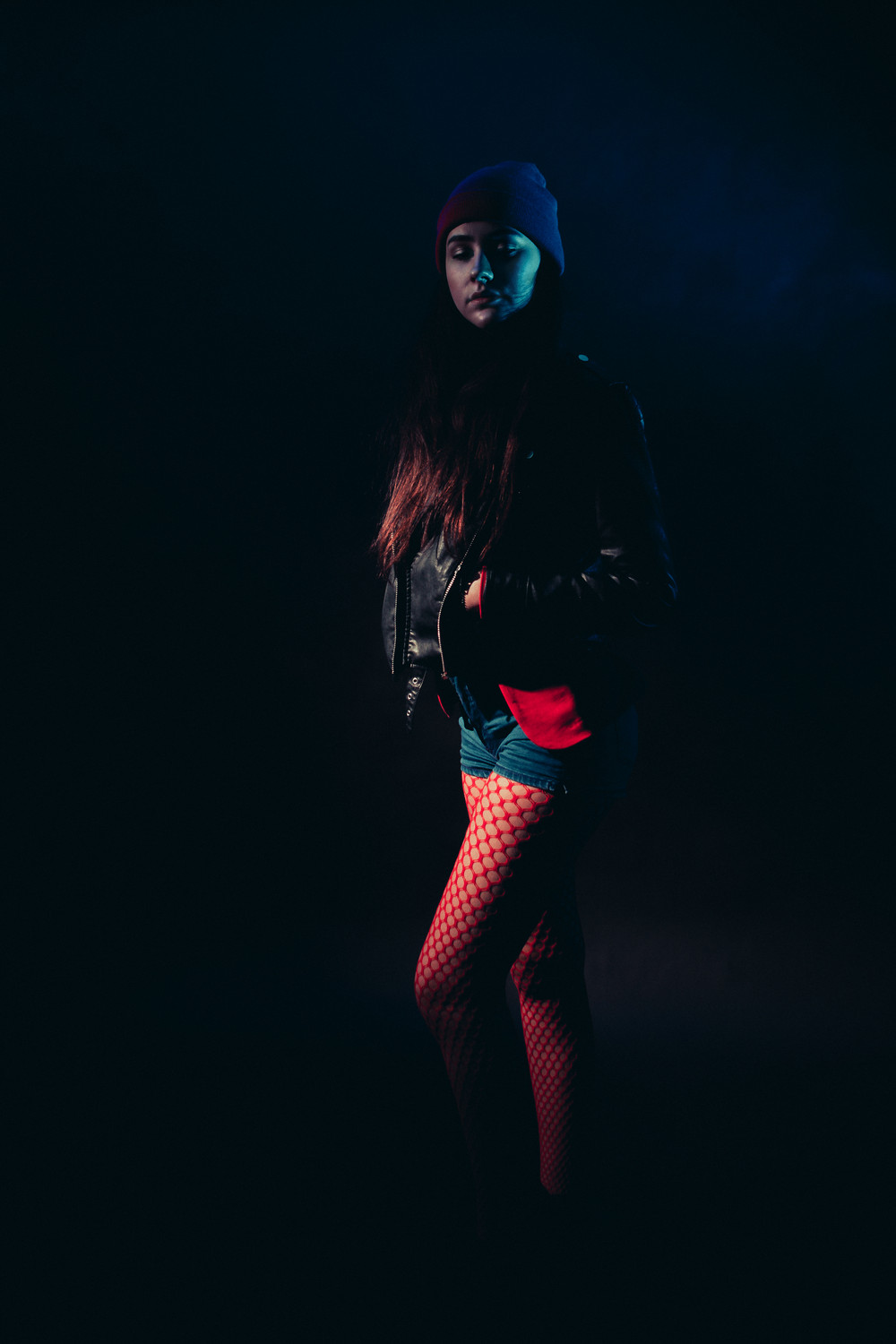 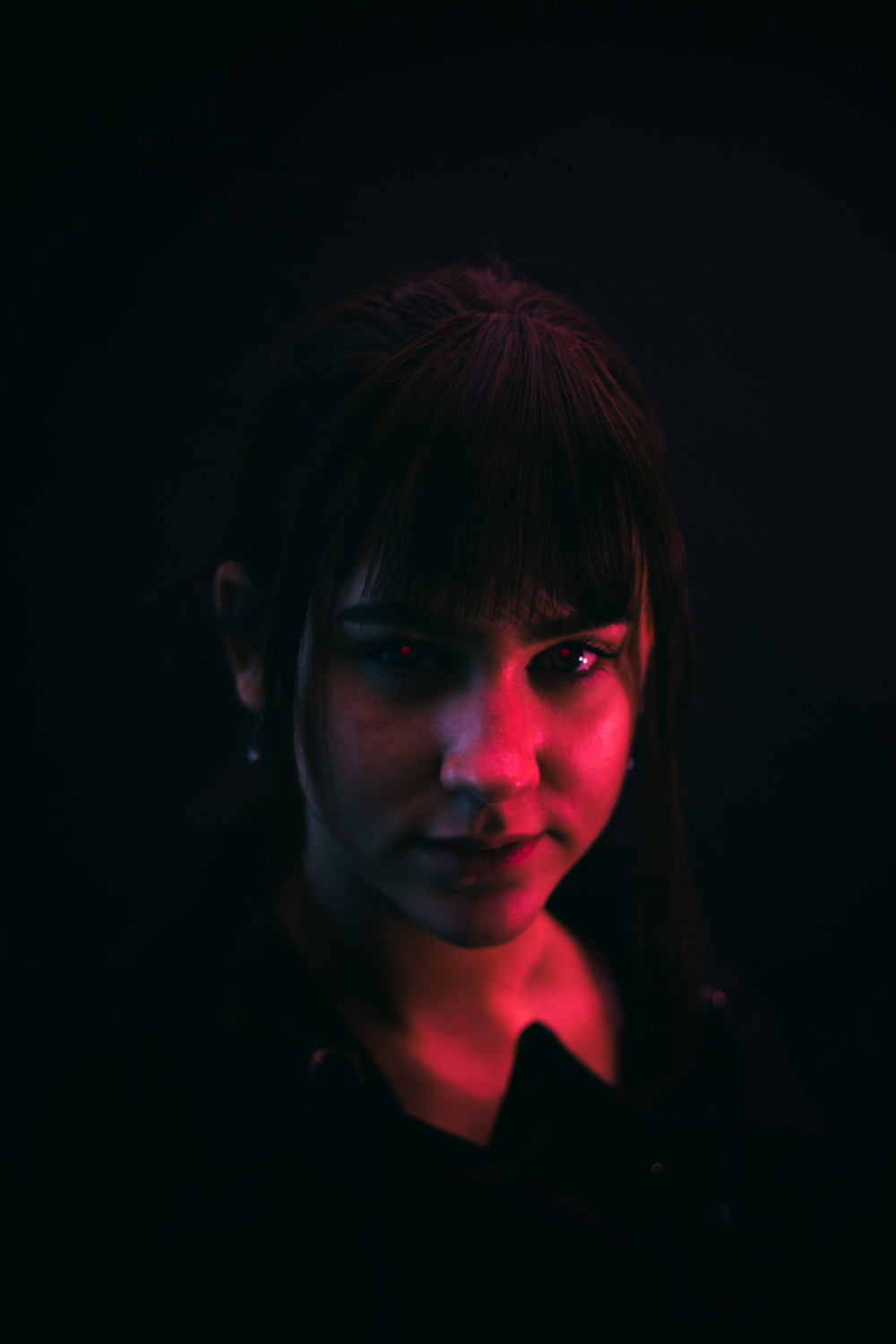 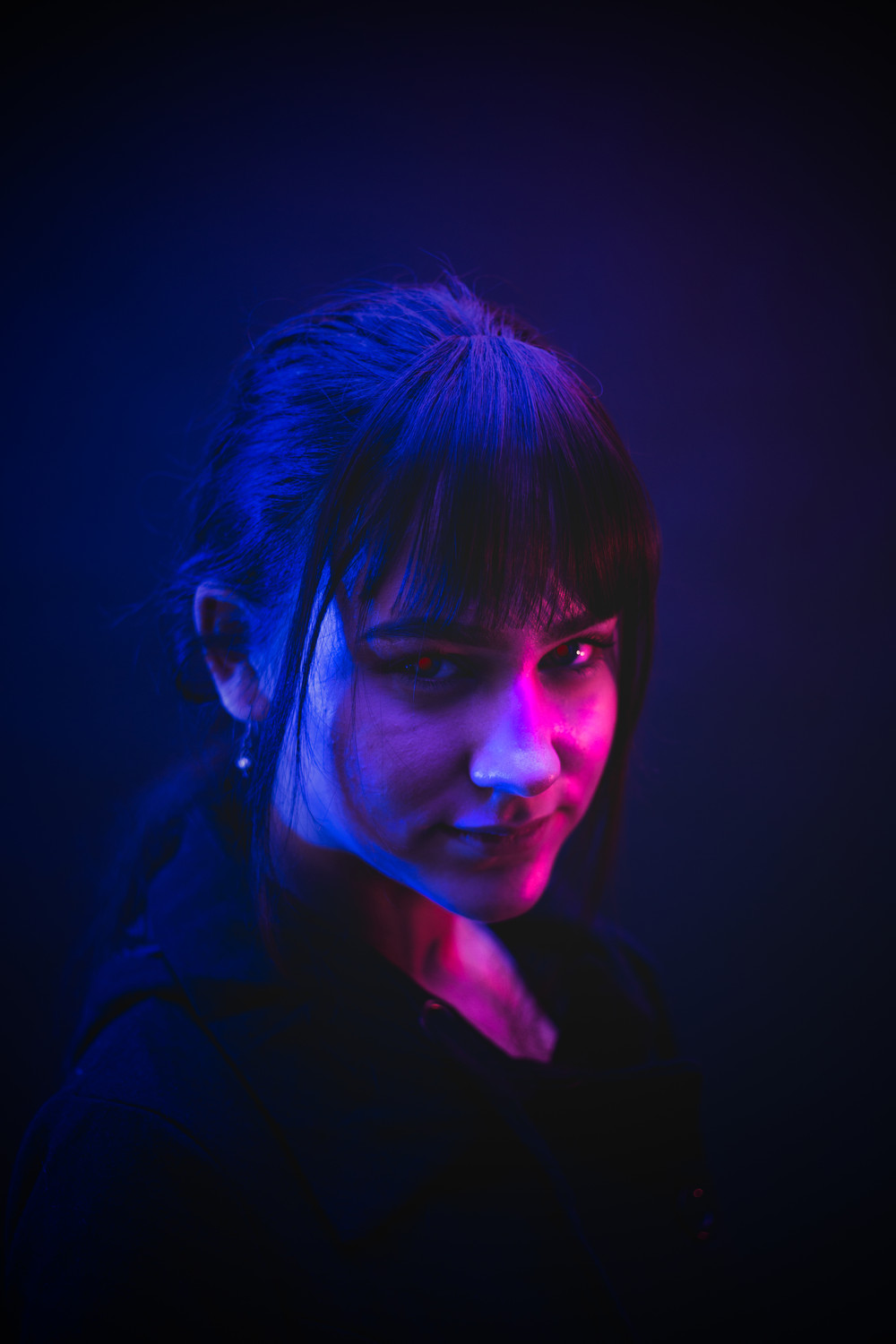 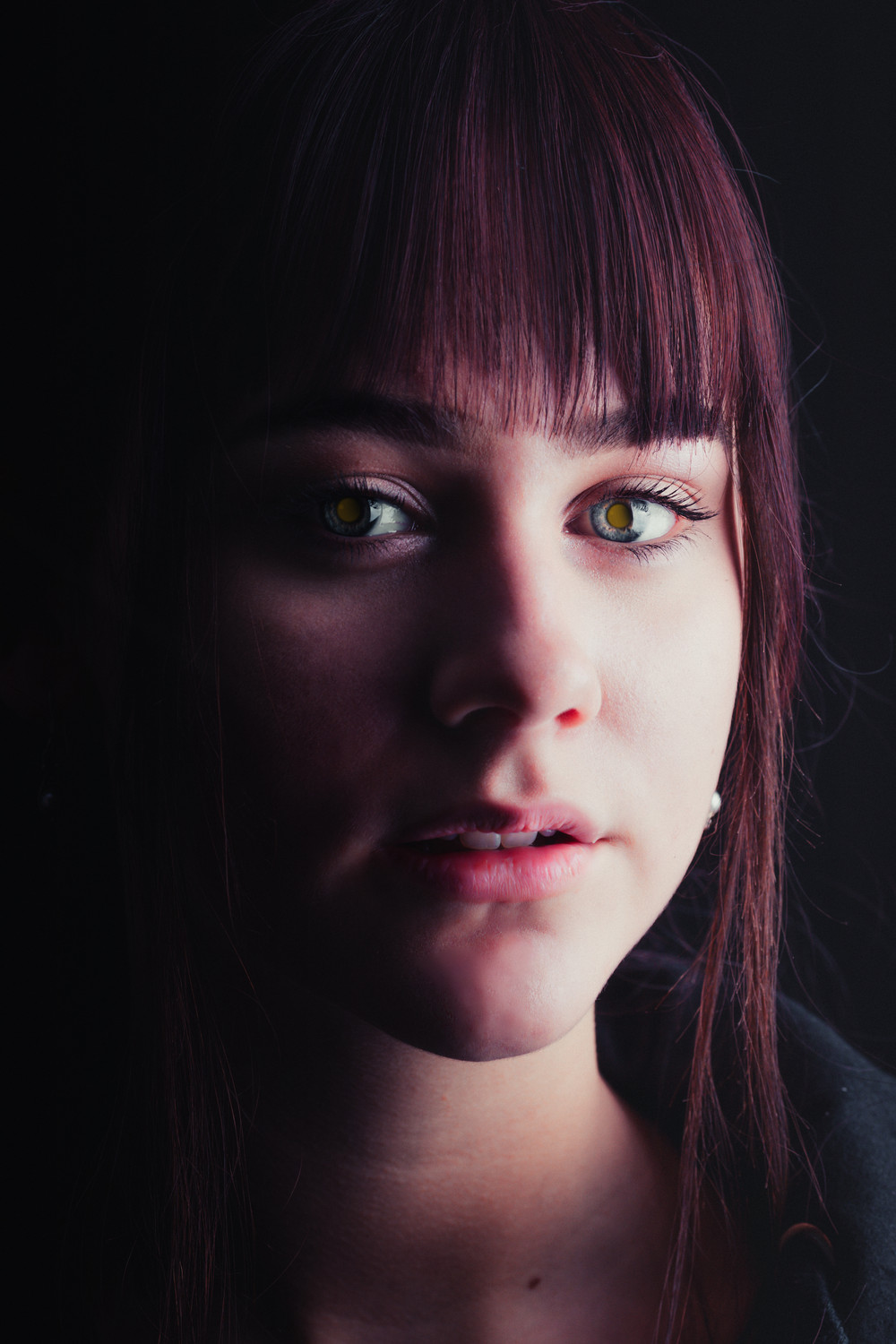