In the summer, we found a new hobby: bouldering (indoor climbing). I injured myself relatively early, though, and have either been on crutches or focusing on rehab training since. That meant that not a lot of photography was happening. As I am not used to being injured like that, I also didn't feel overly productive or creative, so while I generally missed being able to do things, I didn't have concrete ideas to realize.

When progress was happening in the rehab training and I learned to use my two legs properly again (it's not as easy as you might think!), it so happened that the night was particularly foggy in Copenhagen.

So we grabbed our gear (just one lens in my case, don't want to carry all the valuables when balance is a thing that can decide to leave you any second) and headed out into the night for some cyberpunky fog shots of the neighbourhood.

It felt amazing to be out and think creatively again! It was exhausting, constantly being on the lookout for the uneven ground and having to look out for good shots as well. And while physically wasn't able to do everything as I used to (like squatting), being focused on good photos made me move more instinctively and challenge my safety boundaries that I have been moving inside of while rehab training.

That meant moving a bit faster to catch that silhouette of the a person before they moved on.
That meant standing and waiting for a car as lightsource to come by.
That meant taking sidesteps and angling the body to keep that street sign out of the frame. 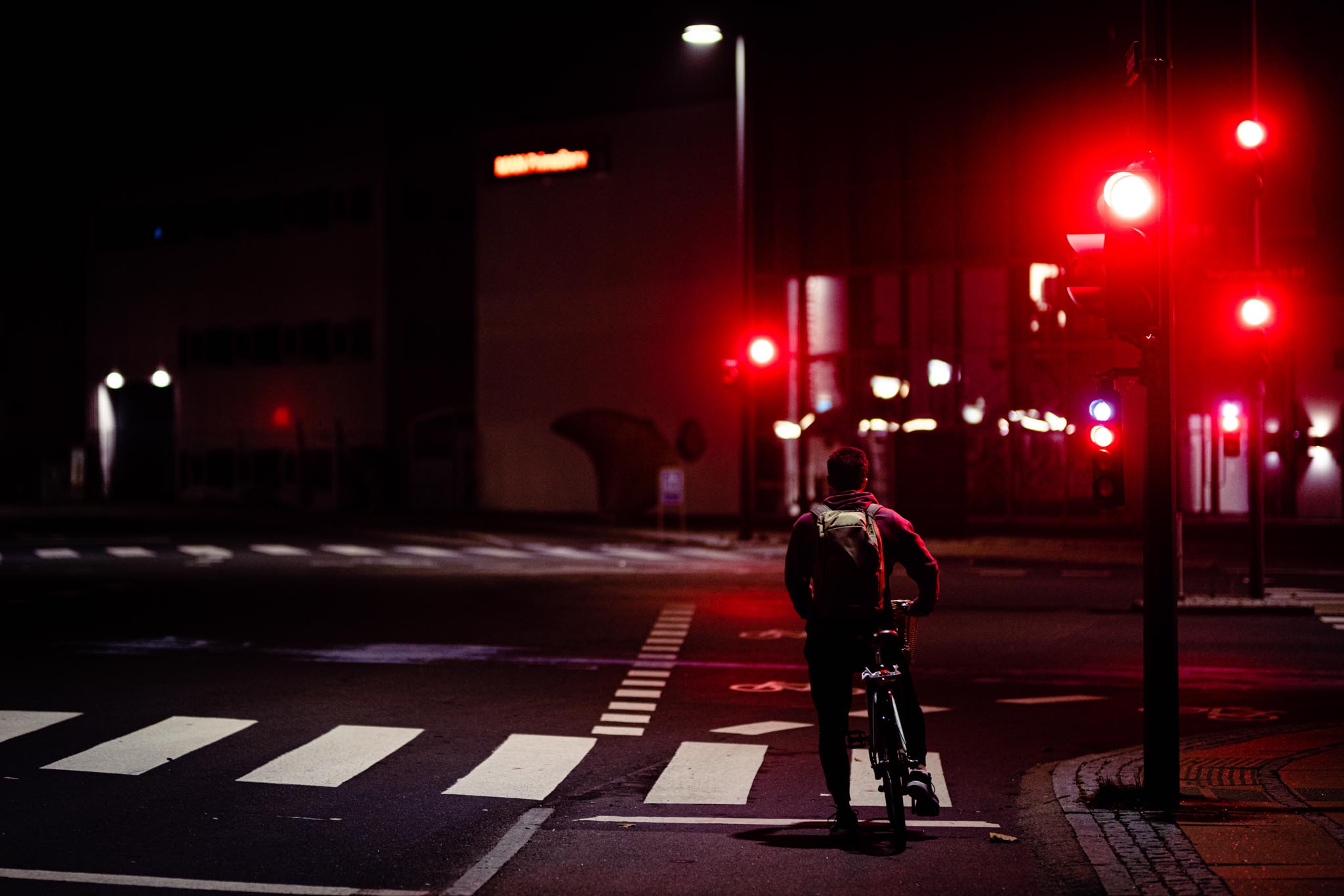 Photography has always been a great motivator for going out for me, and that little photowalk around the neighbourhood was no exception. 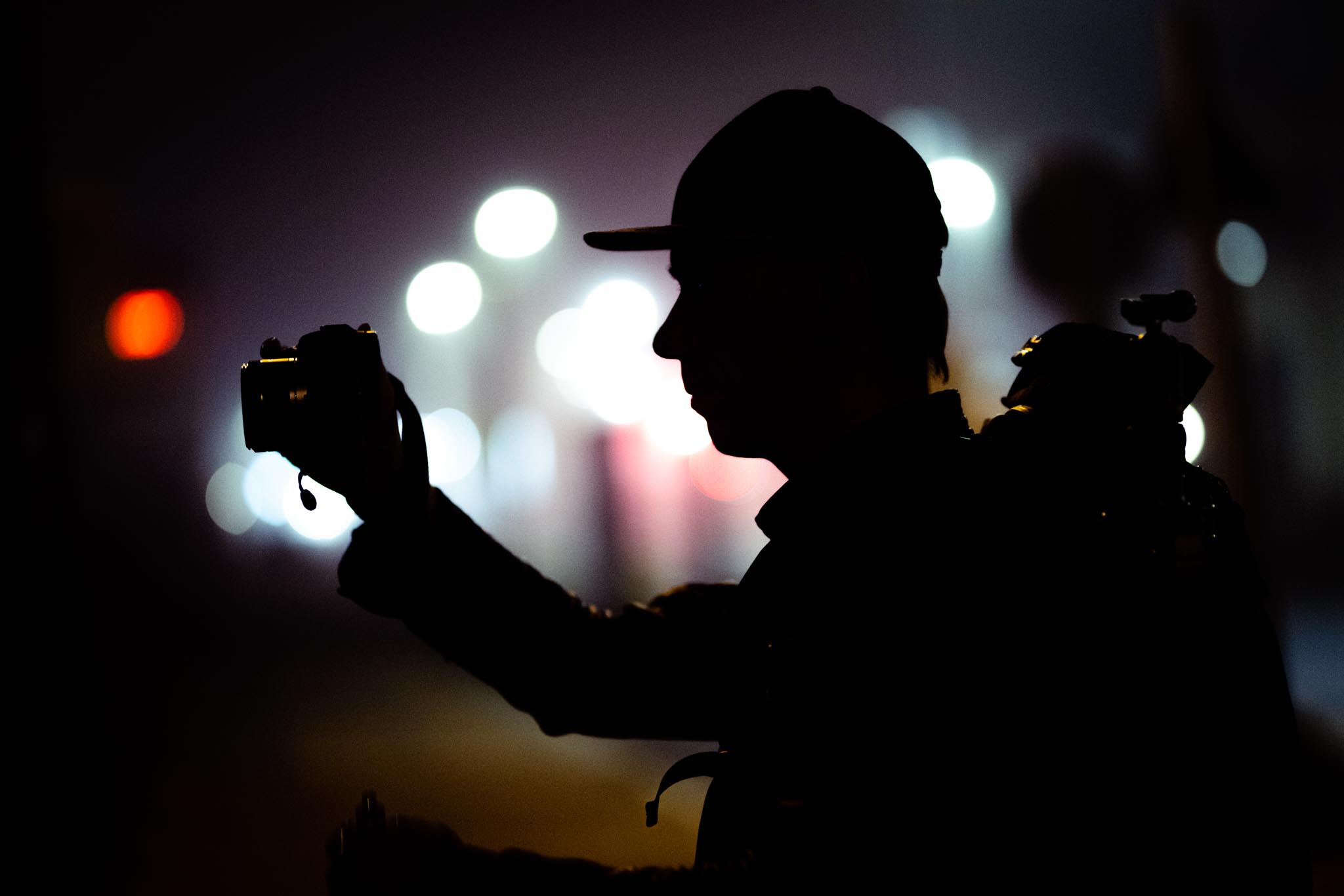 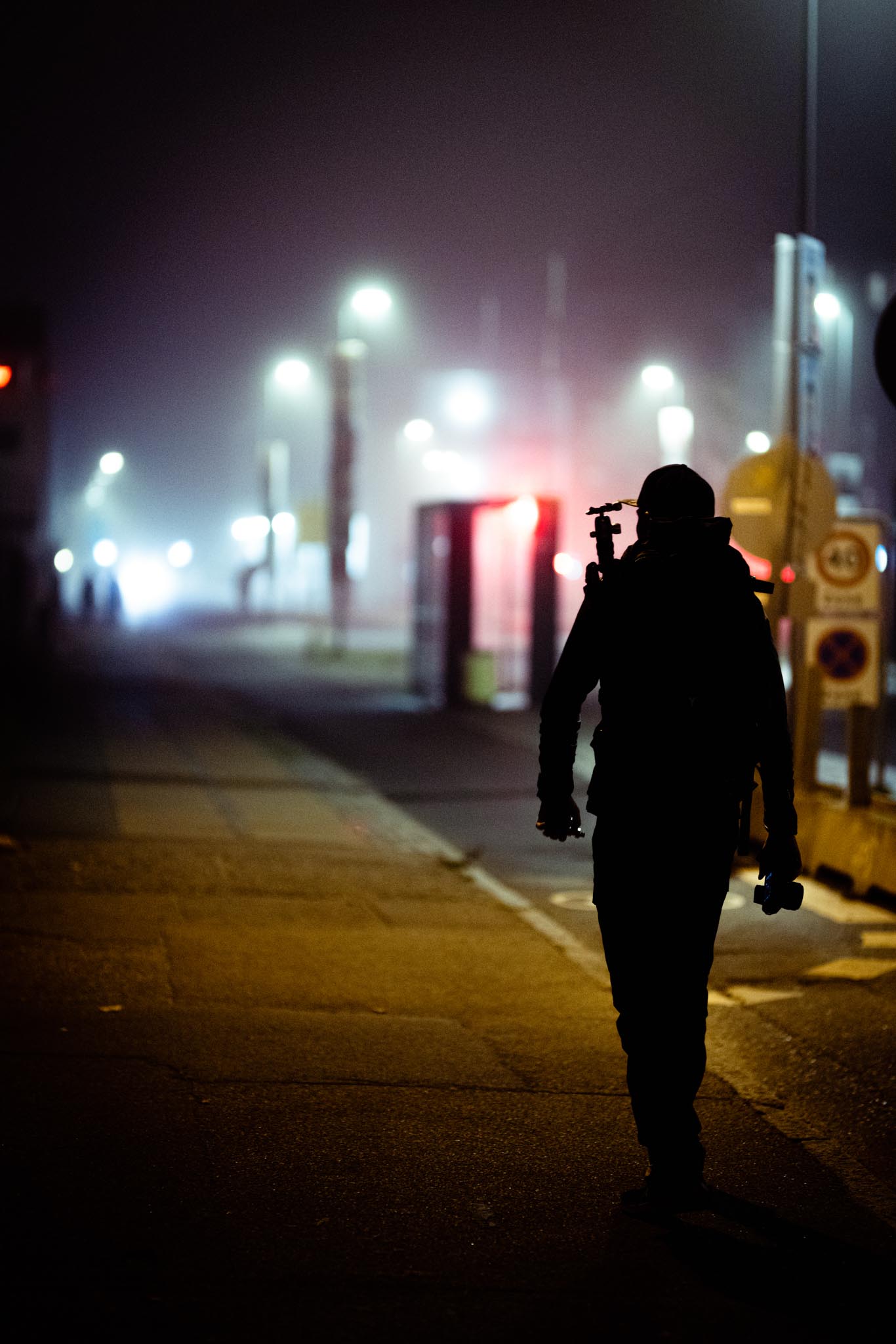 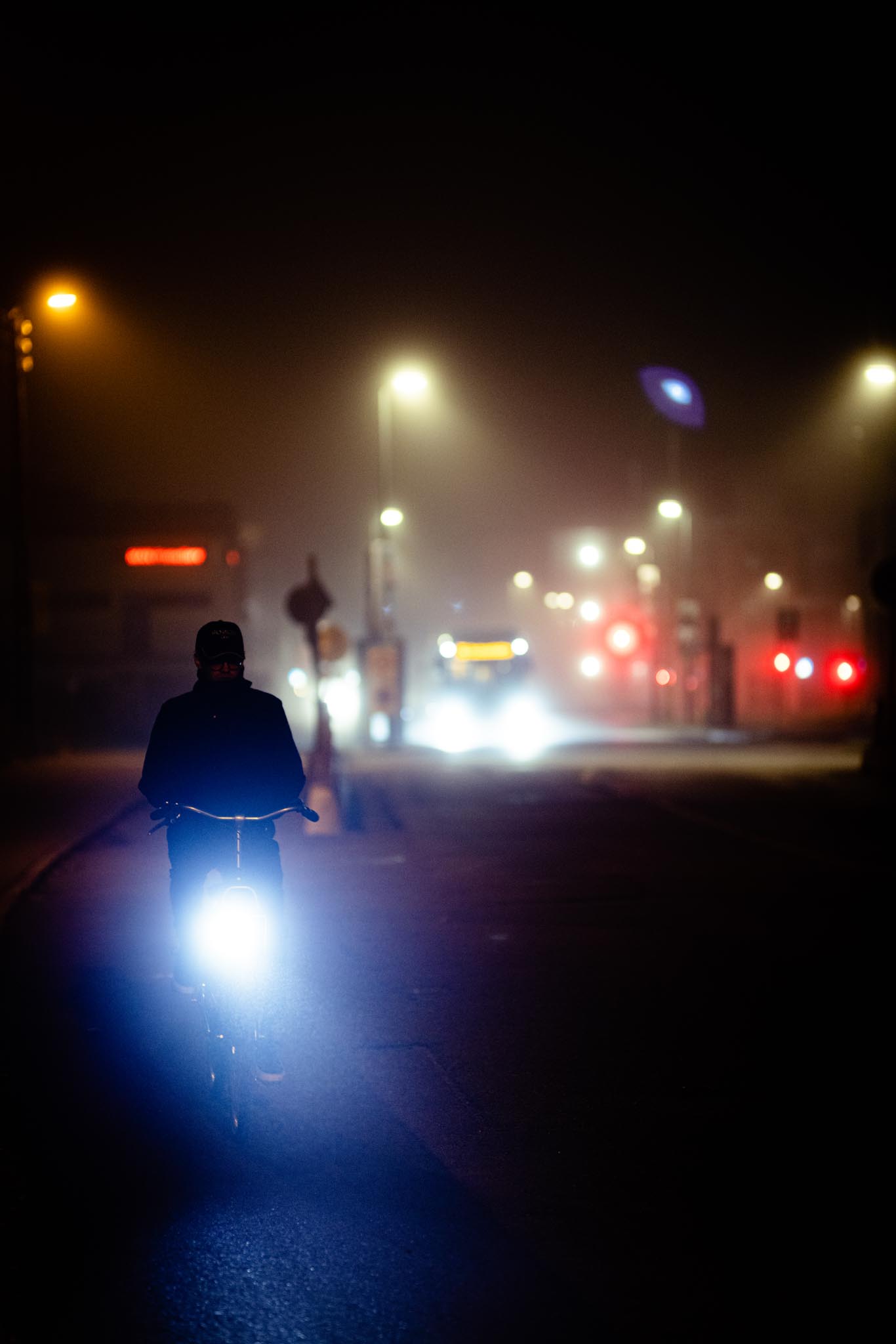 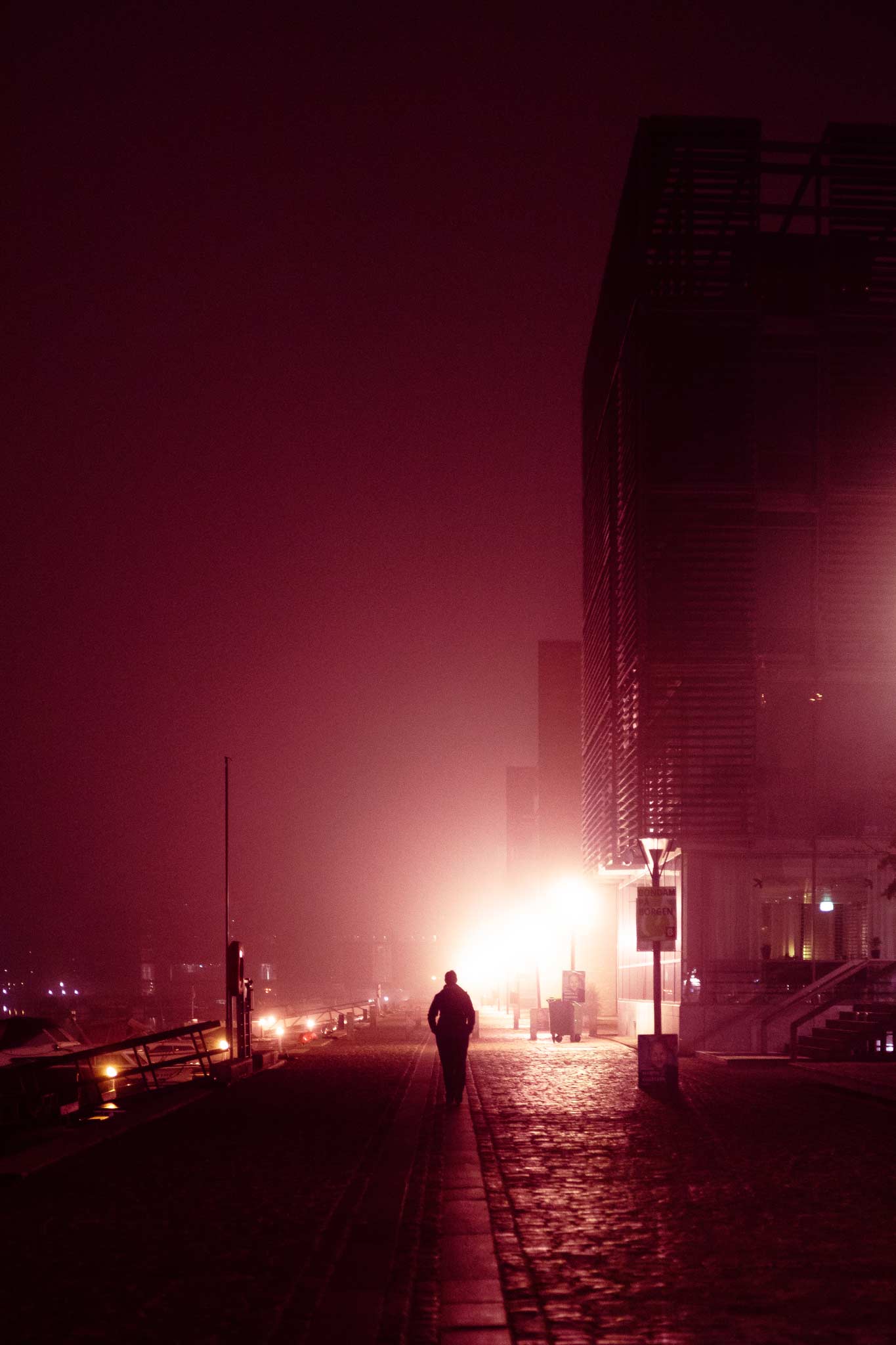 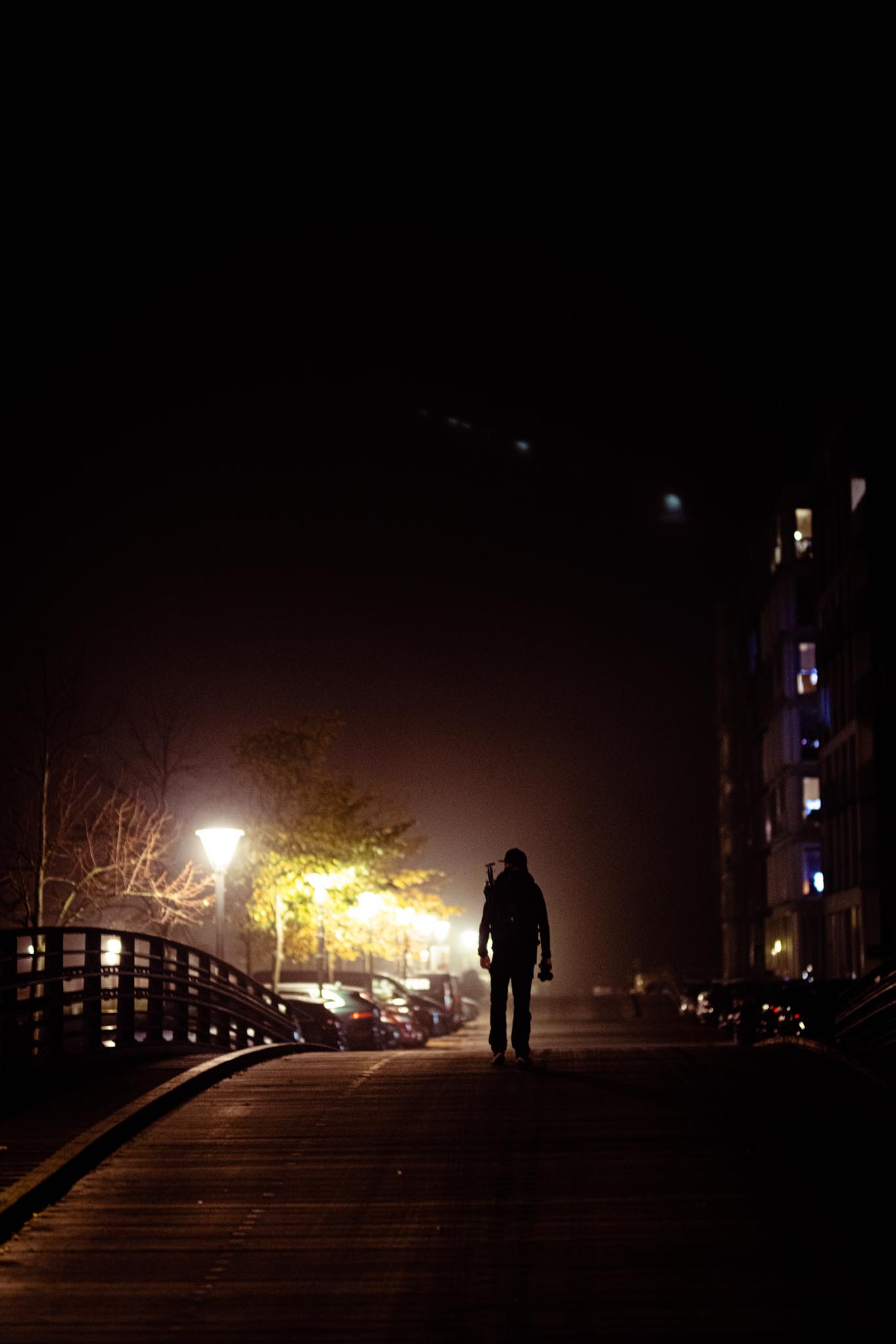 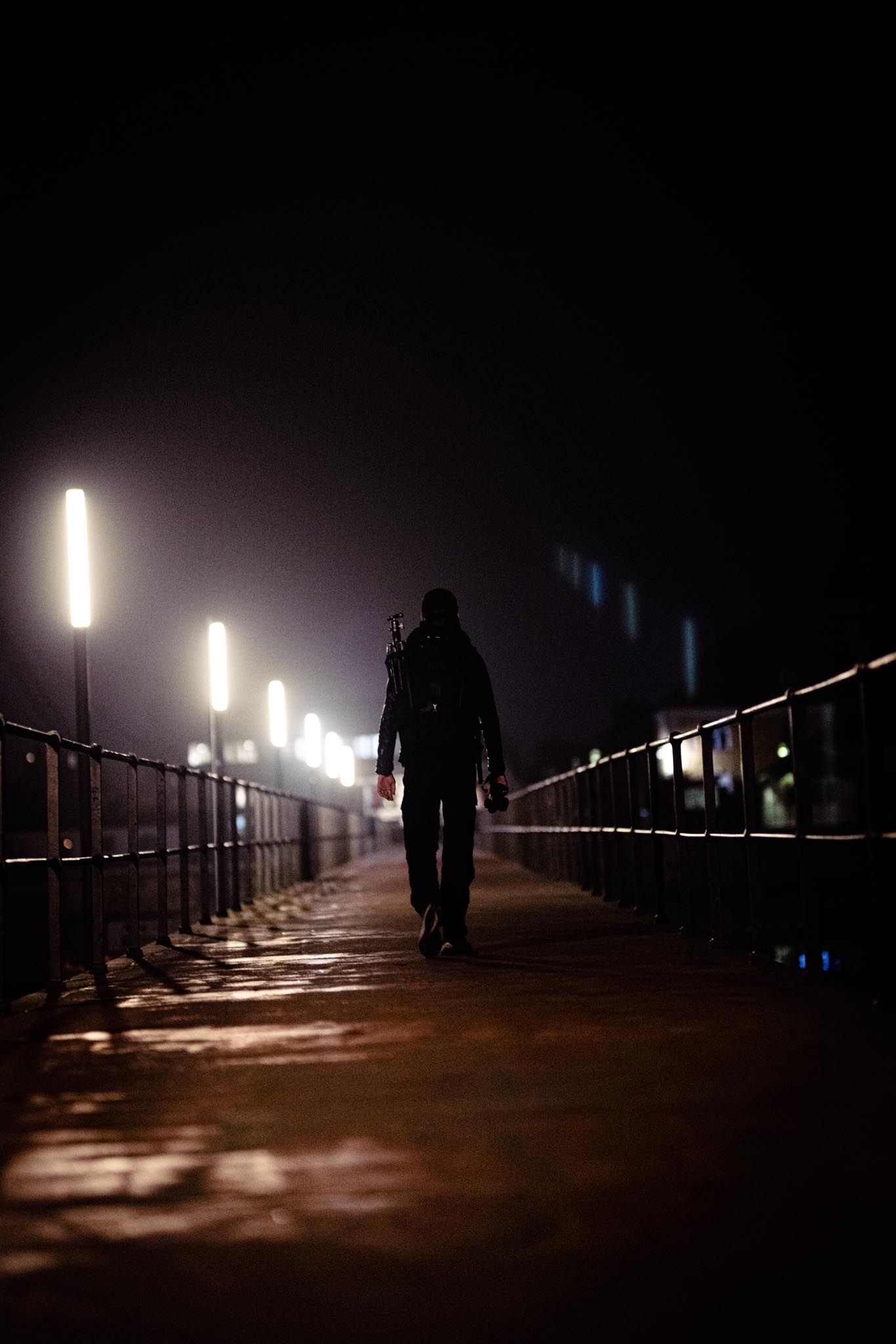 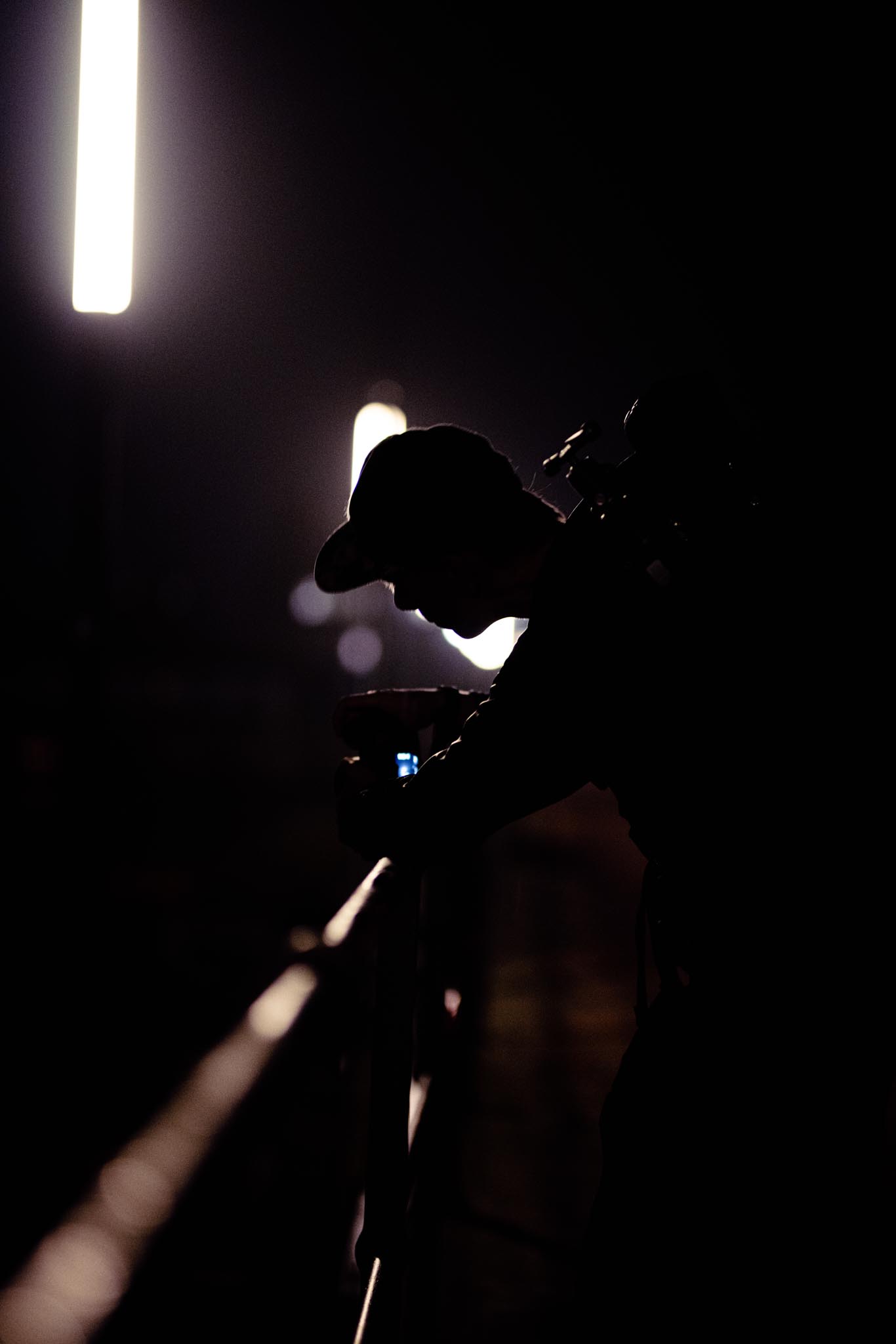 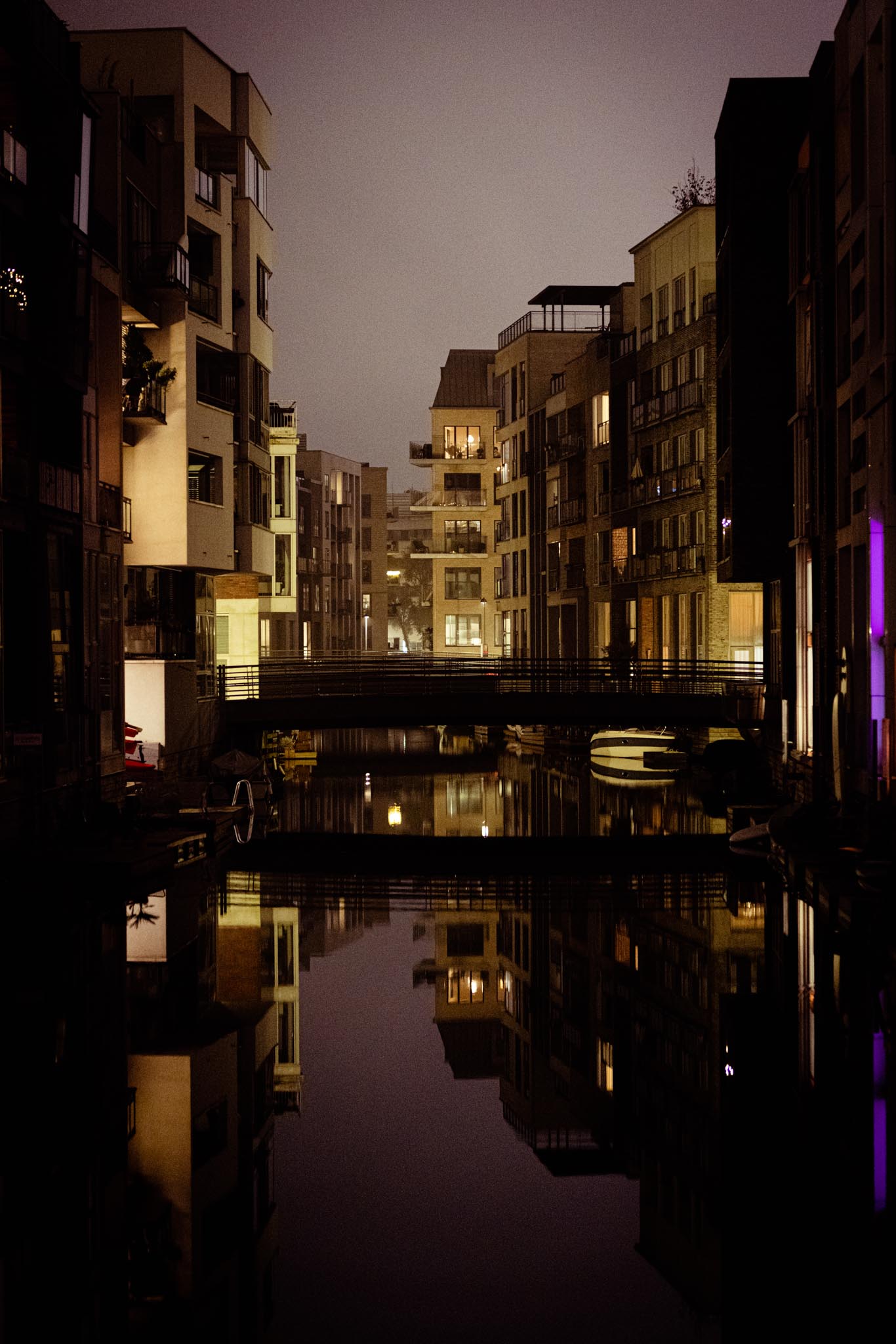 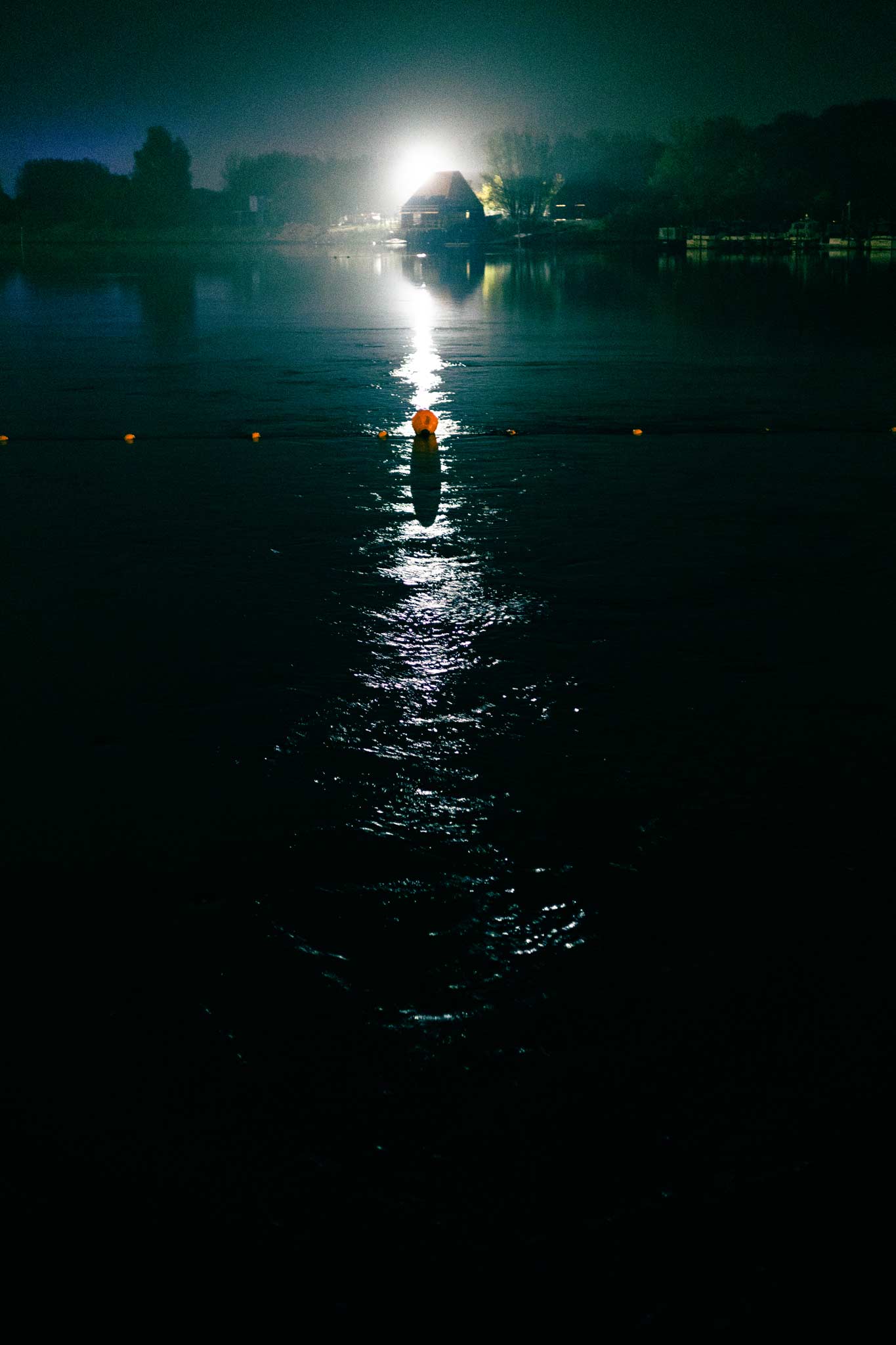 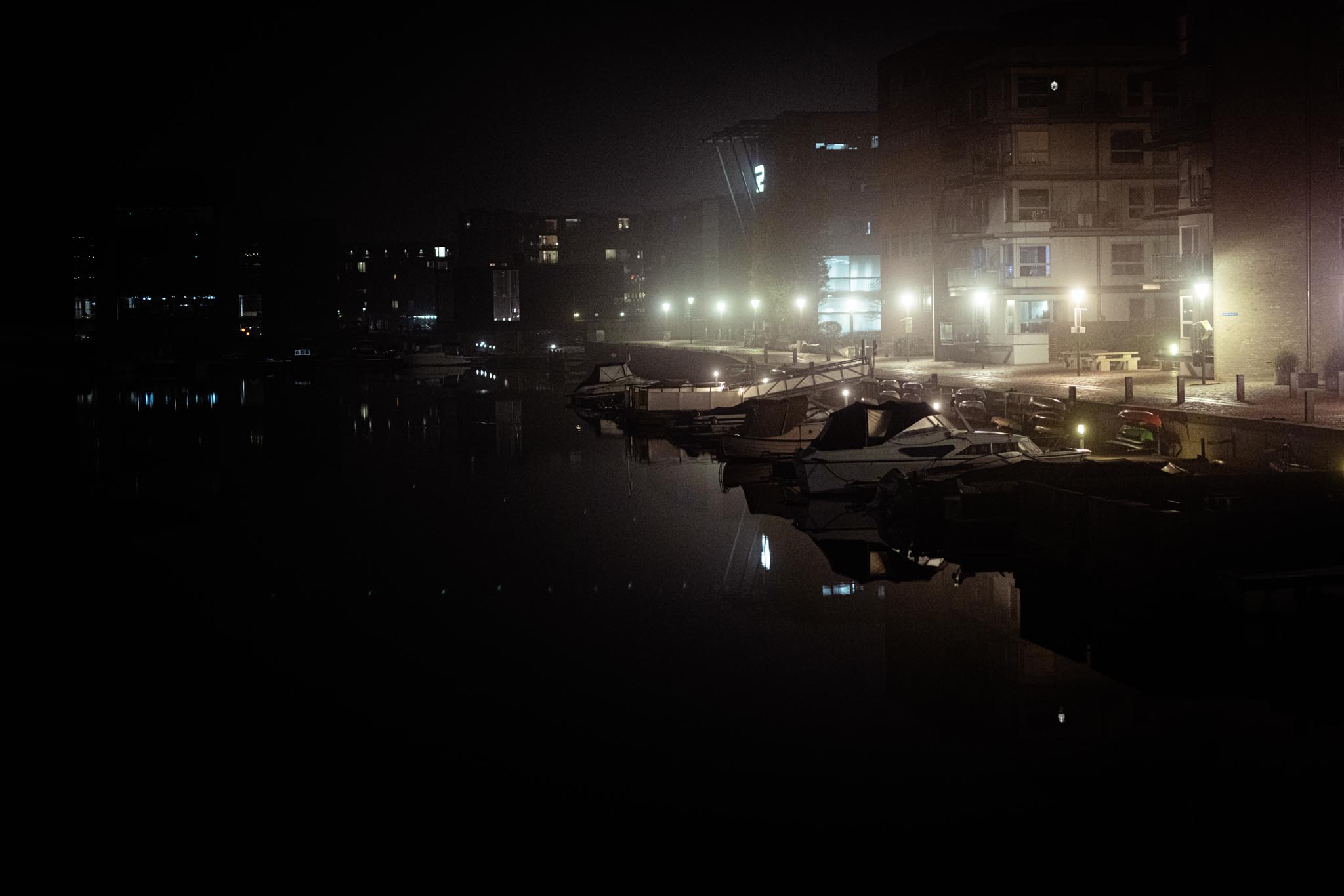